TOKYO, Japan – It has been a difficult Olympic Games for Team USA Archery; surrounded by high expectations in the midst of great challenges from the global pandemic that shifted the Tokyo Games by an entire year. The Games allows no room for error when so few arrows determine your fate, and in a stadium with a very tricky wind and incredibly high pressure, the most important takeaway throughout the Games was to not second-guess yourself.

For the men’s finals day today, hype surrounded World No. 1 and World Champion Brady Ellison’s quest for the elusive Olympic champion title that has evaded him through four Games. The first round matched Ellison with teammate and friend Jacob Wukie. While that may have caused mixed emotions for some; wanting the best for a good friend but also wanting to win, Ellison and Wukie entered the venue sans coaches and seemed to joke around between ends, enjoying shooting together. 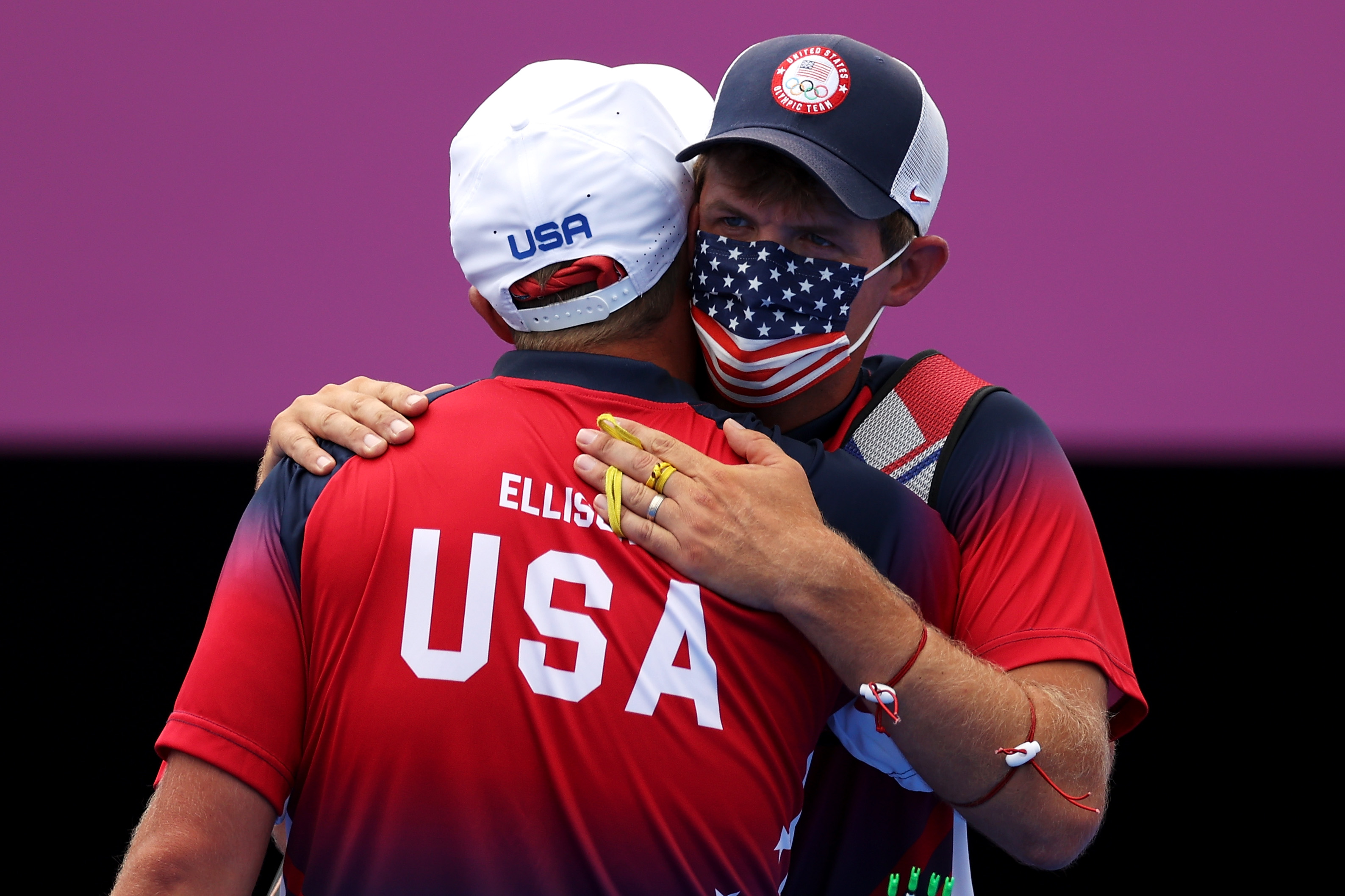 It was a great match. Ellison took the first set and then the two split the next three, scoring 29, 29 and 28 each. Ellison closed with a perfect 30 to advance and was shooting the way he needed to continue on to the podium as Wukie finished 9th.

In the quarterfinals, Ellison met Mete Gazoz of Turkey. Gazoz took the first set 27-26. Then they matched with 28s, Ellison responded with another 28 to Gazoz’s 27 and the two drew level. Brady opened with a right 8, and followed with another 8 to the left, a costly score when it mattered most. Gazoz just outscored him 27-26 and then 30-29 to finish 7-3 in 7th place.

“I shot a good match,” commented Ellison. “I just made one bad shot, that was the right 8 and then I made a mistake of thinking that it should have flight drifted and it was just a bad shot and then I aimed my next one in the middle and shot a left 8. That was the only mistake or kind of bad one in the match and if I would have just aimed in that same place, not thinking the wind was different because of the one shot that I held long, I would have shot 10, 10, 8 and it would have been a different match. I’m not really upset, I shot well overall.” 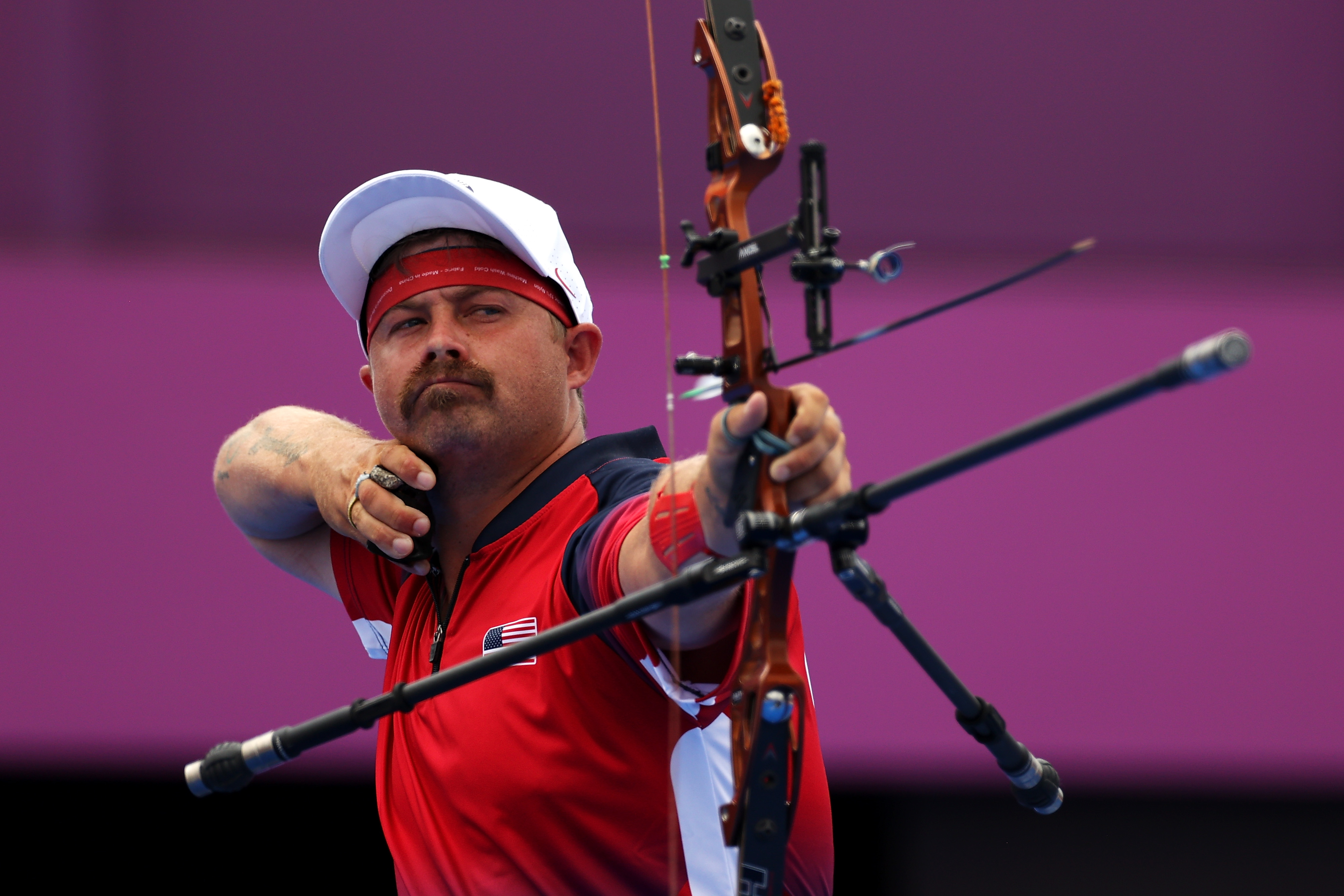 “I get to go home and see the family in a few days and it is what it is,” he added. Already looking ahead, Ellison shared: “I only have three years until the next one instead of four. This Games is already behind me. We have nationals in a couple weeks, then field nationals, which is going to be vacation for me because I love shooting field, and then we have world champs on U.S. soil and I can still go and win worlds and repeat that and then World Cup Final, so there’s still a couple of big events to wrap up the year.”

Complete results from the competition are available here. Photos by Getty Images.