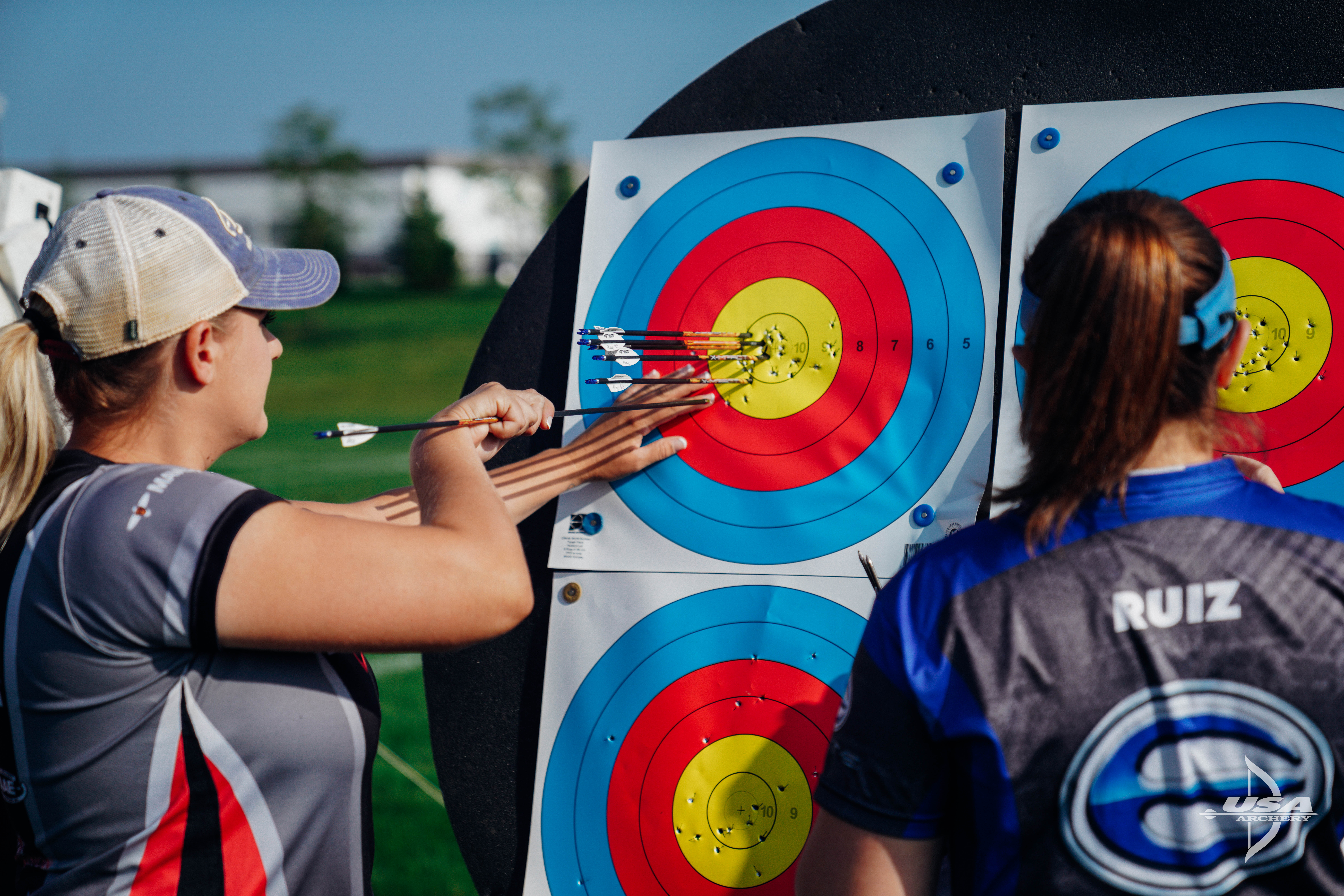 DUBLIN, Ohio – More than 600 archers are in Dublin, Ohio this weekend for the Buckeye Classic, the fourth stop on the United States Archery Team (USAT) qualifier series event tour. The last chance to grab important ranking points before Nationals next month for the senior and masters archers, competition was fierce in today’s qualification round.

It was a beautiful, sunny morning in the high 70s with just a slight breeze that was very pleasant for shooting archery with friends. However, the breeze was tricky: “It wasn’t crazy windy like blowing hard, but it was weird because I put clicks in my sight when it’s windy and I’d put a couple clicks in and then the wind would just suddenly die or switch directions, so we all shot a lot of 9s because it was enough you couldn’t just aim in the middle, you had to click or aim off,” commented Paige Pearce, who tied World No. 1 Tanja Gellenthien of Denmark for the top spot on the compound women’s field with 699s.

“It was a nice day, but it was just tricky enough you weren’t losing huge points at a time, but you’d break three good shots and have three right 9s. I shot way better than I scored, I missed a lot of good arrows just right or just left.” The compound women’s field was stacked with top international talent and Gellenthien pulled the number one seed on 10s, nailing just three more arrows in the center than Pearce. 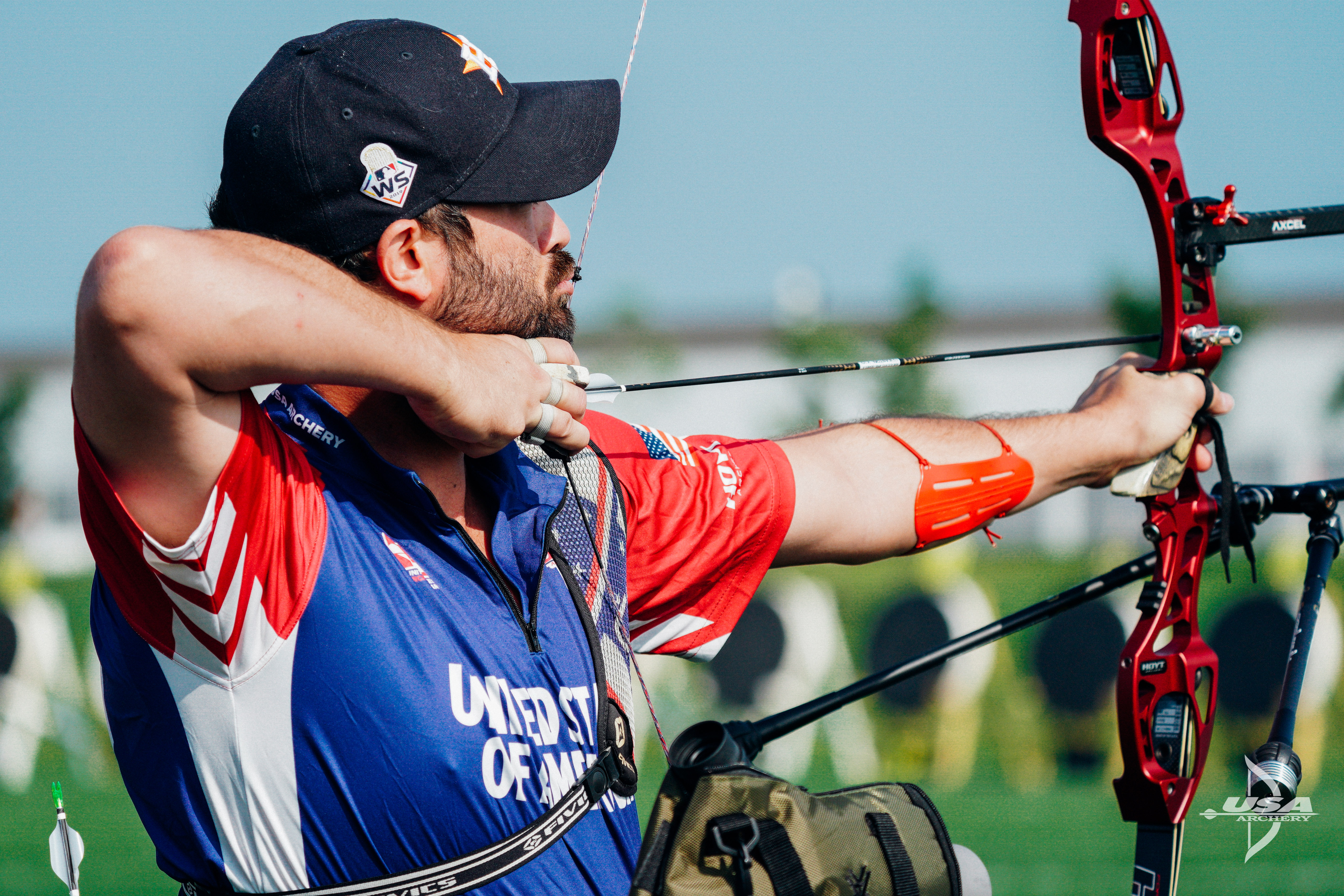 With the U.S. Olympic Team on their way home from Tokyo and noticeably absent from the Classic, Matt Requa took a nice lead on the recurve men’s competition with a stout 338 to start, finishing with a 666 to qualify first. “I’ve never been the number one seed,” Requa commented, “so this will be a new experience. The wind played nice and it wasn’t overly strong, it just kept changing direction so the trick was to shoot your shot, get your timing down and keep rhythm consistent between shots with an eye on the wind flag.”

This event attracts a lot of international attention with the gorgeous venue and outstanding hosts and Canada’s Andrew Azores took the 2nd spot behind Requa with a 658; Jackson MIrich was 3rd with a 654. 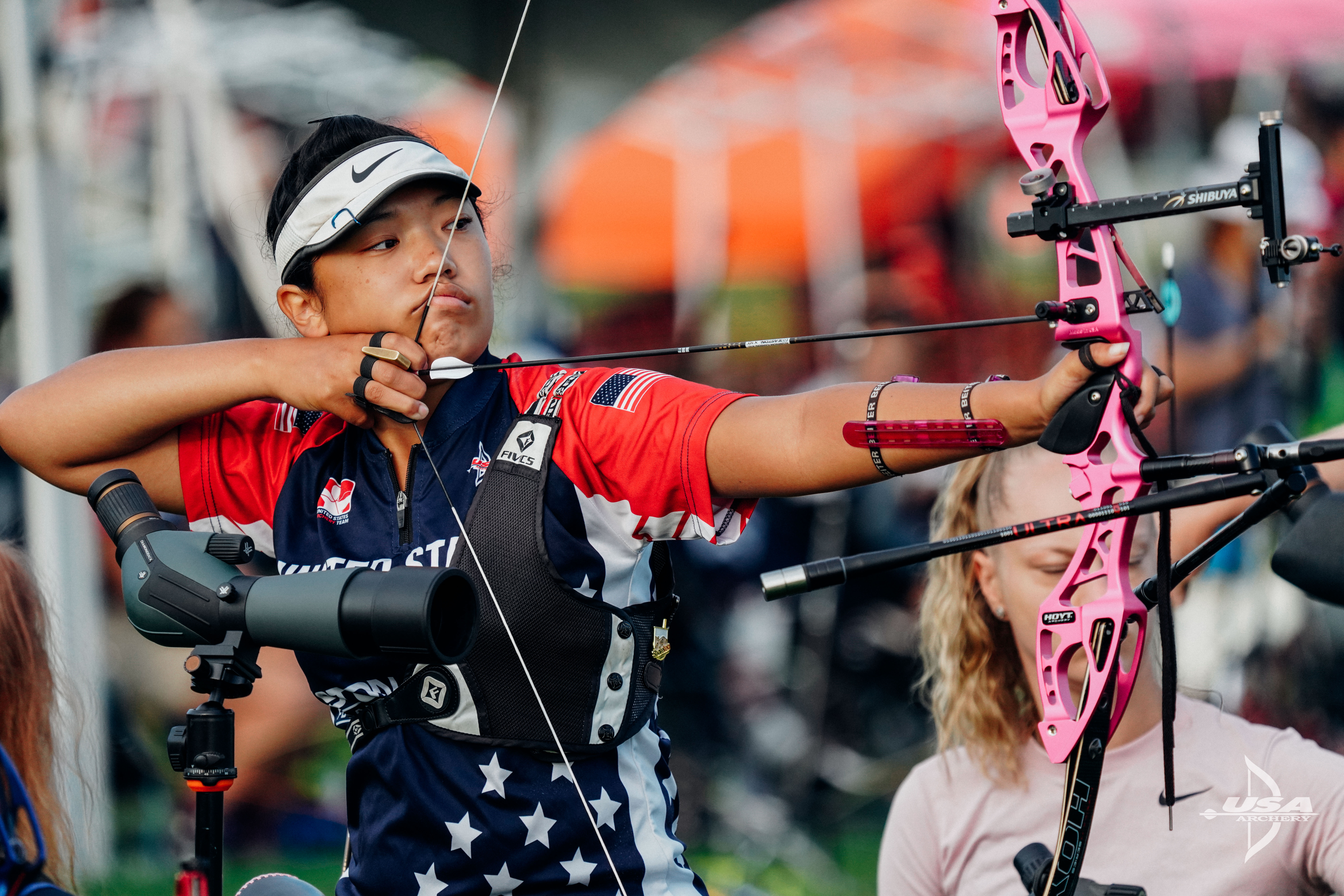 On the recurve women’s side, Gabrielle Sasai continues to throw down big scores, extra impressive considering it is her first year shooting the senior division and she’s just 15 years old. Sasai had a strong 332 first half before finishing with a 652, 10 points clear of Isabella Frederick and Catalina GNoriega, who are headed to the World Archery Youth Championships in just a few days. Sasai will make her international debut at the senior World Archery Championships later this fall.

Reigning World Champion James Lutz, in a puncher’s paradise, crushed the compound men’s ranking round with a 709. 7 archers broke the 700 mark this morning, and Steve Marsh and Ohio local Dan Jasa were 2nd and 3rd behind Lutz.

For the U.S. Paralympic Archery Team, this is also their last stop en route to Tokyo for the Games. Paralympic Champion Andre Shelby pulled ahead of the compound field with a 682 for a near 20-point margin. In the Masters bracket, he was 2nd, just behind Keith Trail, with whom he’s gone back and forth several times this season.

Kevin Mather and Emma Rose Ravish also showed up in Ohio to gather some last-minute competition practice before Tokyo, and Mather scored a 627 and Ravish a 373, behind Alexandria Allen’s 475.

Tink Wallace outscored the compound women’s open field by 14 points with a 638. There were nearly 30 men in the ever-growing and very competitive recurve master men’s division. Matthew Bramberg just edged out Steve Vickers, who is currently atop the national rankings 638 over 637 for the top seed. Tatyana Muntyan pulled off another commanding performance, with a 627 over Janis Grellner’s 614 as she remains unbeaten this season. A 670 put Linda Klostermann in first for the compound master women.

Competition continues this afternoon with the youth elimination matches. The seniors and masters compete in head to head eliminations tomorrow. The senior gold medal matches will be streamed live on USA Archery’s Facebook and YouTube. Photos from the event are available on USA Archery’s photo site and live scores run on Between Ends.