The National Symposium is an evolution of the Coach Symposium and offers the same great information and learning opportunities as before but will now have key breakout sessions available to target Club Leaders and Athletes in addition to Coaches. Space is limited and you will not want to miss out on this chance to invest in yourself for the benefit of your coaching, leading, and understanding of the sport.

USA Archery Education and Training Manager, Guy Krueger, explains, “Each year we aim to take the symposium to the next level. This year we felt it was time to intentionally create opportunities to help club leaders and athletes in addition to the great service we always provide our coaches.”

USA Archery is honored to have Kristen Dieffenbach Ph.D. as our keynote speaker at the 2019 National Symposium. Kristen will discuss The Learning Process, and the steps athletes, coaches, and parents can take to better understand and facilitate that process.

Dieffenbach has a Ph.D. in Exercise Science with an emphasis in exercise and sport psychology from the University of North Carolina at Greensboro. Currently she is the president of the United States Center for Coaching Excellence and serves on the research committee for the International Council on Coaching Excellence. She has worked with the United States Olympic and Paralympic Committee, U.S. Anti-Doping Agency, and countless National Governing Bodies of sport.

Chris Webster, a Research and Development Technician for Hoyt Archery, will share information on the latest Hoyt equipment with an introduction to the 2020 Hoyt releases. With over three decades of experience, including participation in the World Class Athlete Program (WCAP) as a U.S. Army Athlete and as a past member of USA Archery’s Resident Athlete Program, Webster will address equipment from an athlete and coach point of view. Webster is a Level 4-NTS Coach, the head coach for the West Region of USA Archery’s Regional Elite Development (RED) Program and has served as U.S. International Team Staff.

Derek T.Y. Mann, Ph.D. is an international consultant and Managing Partner of the Performance Psychology Group, LLC, an organization dedicated to helping individuals and organizations across corporate, sport, military, and medical sectors thrive. As Assistant Professor at Jacksonville University, Mann studies the relationship between emotion and attention and performance under pressure. He connects the latest in personality and emotional intelligence research with psychological skills training to help individuals and teams develop an awareness along with the requisite psychological skills to maximize their potential. Mann is the co-author of the Emotional Intelligence Skills Assessment and holds a doctorate in Health and Human Performance from the University of Florida, a master’s degree in Exercise and Nutritional Sciences from San Diego State University, and a bachelor’s degree in Psychology from York University. 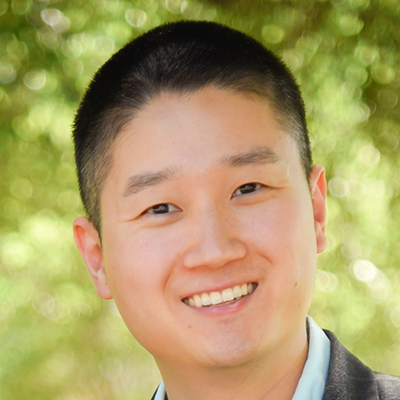 Adam Krikorian is the USA Water Polo Women's Senior National Team head coach. From Krikorian’s arrival in 2009, Team USA has competed in 17 major FINA Championships and come away with Gold in 14. This includes the 2012 and 2016 Olympic Games. He has helped the U.S. maintain a number-one world ranking for the majority of his tenure and was honored in 2013 with the USOPC National Coach of Year Award. Krikorian has earned National Women's Water Polo Coach of the Year honors five times. He also received National Men's Coach of the Year honors in 2004 after leading the UCLA men's program to its eighth overall NCAA championship. Krikorian graduated from UCLA with a Psychology degree with a Business Administration emphasis in June 1997.

Judi Adams, a two-time Olympic archer (1980 and 1996), says her foundational tenets of leadership were developed on the archery field with her personal coach and mentor. Founder of Seeking Center, LLC, Adams had an extensive corporate leadership career at a Fortune 500 Financial Services company. Judi has recently partnered with Debbie Crews, a renowned Sports Psychologist, to create and facilitate the Better Your Best® program designed to help participants from any arena enhance their performance. Judi’s archery achievements include, gold, silver and bronze medals in high level competitions like World Championships, World Games, World Cups, National Championships, and Olympic Festivals. She was a 4-time Collegiate All-American and a member of the National Team for fourteen years.

Ben Summers, Vice President of T.R.U. Ball/AXCEL, serves the archery industry as Chairman of the Archery Trade Association Board. He is a Level 3-NTS Archery Coach, head coach of the Liberty University collegiate archery team, has helped multiple NASP teams and individuals finish in the top ten at national events, and has taught archery to Scouts and Scout leaders at several Boy Scout camps. Summers grew up in archery, with almost 25 years of experience representing T.R.U. Ball®/AXCEL® Archery at tournaments across the United States and internationally.

Guy Krueger has been involved in archery for over 30 years as an archer, coach and coach educator. USA Archery’s Education and Training Manager and a Level 5-NTS Coach, Krueger has served as Assistant National Head Coach, Women’s Head Coach and High Performance Manager for USA Archery since 2008. As an athlete, he spent 5 years in the Resident Athlete Program, has medaled on the world stage and was a 7-time National Champion. Krueger earned his undergraduate degree in Mathematics from Texas A&M University and is a graduate of the US Olympic Committee’s National Team Coaches Leadership Education Program.

Katie Yezzi is the Assistant Superintendent for Uncommon Troy. Yezzi earned her BA in American Civilization and her Master of Arts in Teaching English from Brown University. Yezzi spent 12 years working in public schools in California; she worked 8 years as a teacher before serving as English department head, school-wide reform coordinator, Assistant Principal of Curriculum and Principal. Yezzi joined Uncommon Schools in 2008, first as a member of the Teach Like a Champion Team, and in 2011 as the Founding Principal for Troy Preparatory Charter Elementary School. She is the co-author of Practice Perfect: 42 Rules for Getting Better at Getting Better.

Ariel Fortenberry has been in archery since age 10 with great success including placements on the United States Archery Team, international podiums, and as part of USA Archery’s Resident Athlete Program. Fortenberry also has several years of youth archery coaching experience. Following a tendinitis diagnosis in 2014, Fortenberry injury and rehab programs piqued her interest in rehab medicine. After finishing 5th in the 2016 U.S. Olympic Trials, Fortenberry began studying Kinesiology at Texas A&M University, where she has led the team to three national titles and has earned accolades on the field and in the classroom. Her research pertains to scientific studies pertaining to archery and shoulder overuse injuries.

Mary Emmons, USA Archery’s Chief of Sport Performance and Organizational Development, has over 15 years of experience in sports management and business administration. Emmons has contributed to the development and implementation of strategic plans for local, state, national and international sport programs. She served as the project director and is co-author of USA Archery’s Explore Archery Program, Adaptive Archery Manual and internationally renowned instructor and coach certification programs. Emmons holds a master’s degree from Michigan State University, a bachelor’s degree from Indiana State University, is a graduate of the 2017 Team USA Leadership Certificate Program and the recipient of the 2010 State of Michigan Governor’s Award.

George Ryals IV (GRIV) is USA Archery’s Paralympic Head Coach. With decades as an archer and coach, GRIV also has extensive experience working in the archery industry including Martin Archery, Copper John and Stanislawski Archery Products. GRIV was also instrumental is creating ArcheryTalk.com in the hopes of helping archers around the world by putting information out for everyone to use. GRIV runs a pro-shop in Snellville, GA with a focus on target and recreational archery. He also oversees an impressive JOAD and elite athlete development program that has seen great international success in target and 3D archery.

Brad Fiala has been involved in archery for over 30 years. Fiala began his career at USA Archery in 2017 as the Membership Services Manager and now serves as the Event Development Manager. Fiala has been a USA Archery Collegiate All-American, Jr. United States Archery Team member, and won numerous USA Archery Junior Olympic Archery Development National Championships in the Indoor and Outdoor divisions. Brad is a current Level 3-NTS Coach and Certified Judge. He has also served as the former Assistant Coach for the James Madison University Archery Team.

Eric Bennett began shooting archery at 7 years old.  At the age of 15 he was in a tragic car accident that cost him his right arm.  After nearly 10 years away from the sport he was encouraged by his father to give archery another try.  He soon began competing and found his long lost passion for the sport.  Eric made his first world team in 2007 and since then has been a part of the US National team competing in 4 World Championships and 3 Paralympic Games.  Eric is the first American to compete in 2 different disciplines (Compound and Recurve) at 2 different games.  He is also the first American to win a World Championship in the Para Recurve division. He was also part of the first American team to win the Para Recurve Team World Championship. He is a 4 time National Champion and currently holds 2 world records.

Eric Bennett is a Physics and Engineering teacher at Shadow Ridge HS in Surprise, AZ.  When he is not shooting he is a Level 4 archery coach for US Archery.  Eric likes to spend time outdoors camping, fishing, and exploring Arizona with his family.  Eric is married to his wife Rachel and has a son Logan (13) and a daughter Natalie (10).

George Tekmitchov joined Easton Archery Products in 1991 as A/C Archery Product Manager and Engineer.  George has been an avid archer since 1993 with accomplishments ranging from resident athlete and member of the United States Archery Team (USAT) in the mid 90’s to representing the USA in 2004 at the World Field Championship and the 2005 World Games. At Easton George developed the X10 arrow shaft which has been used to win every Olympic title since 1996.  He also spent 11 years as Hoyt’s recurve product manager and engineer, where he helped develop the Hoyt Axis, which won the 2000 Olympic Games, and other popular Hoyt recurves before rejoining Easton in 2013.  George has been announcing for the Olympic Games since 1992 and many other world events.