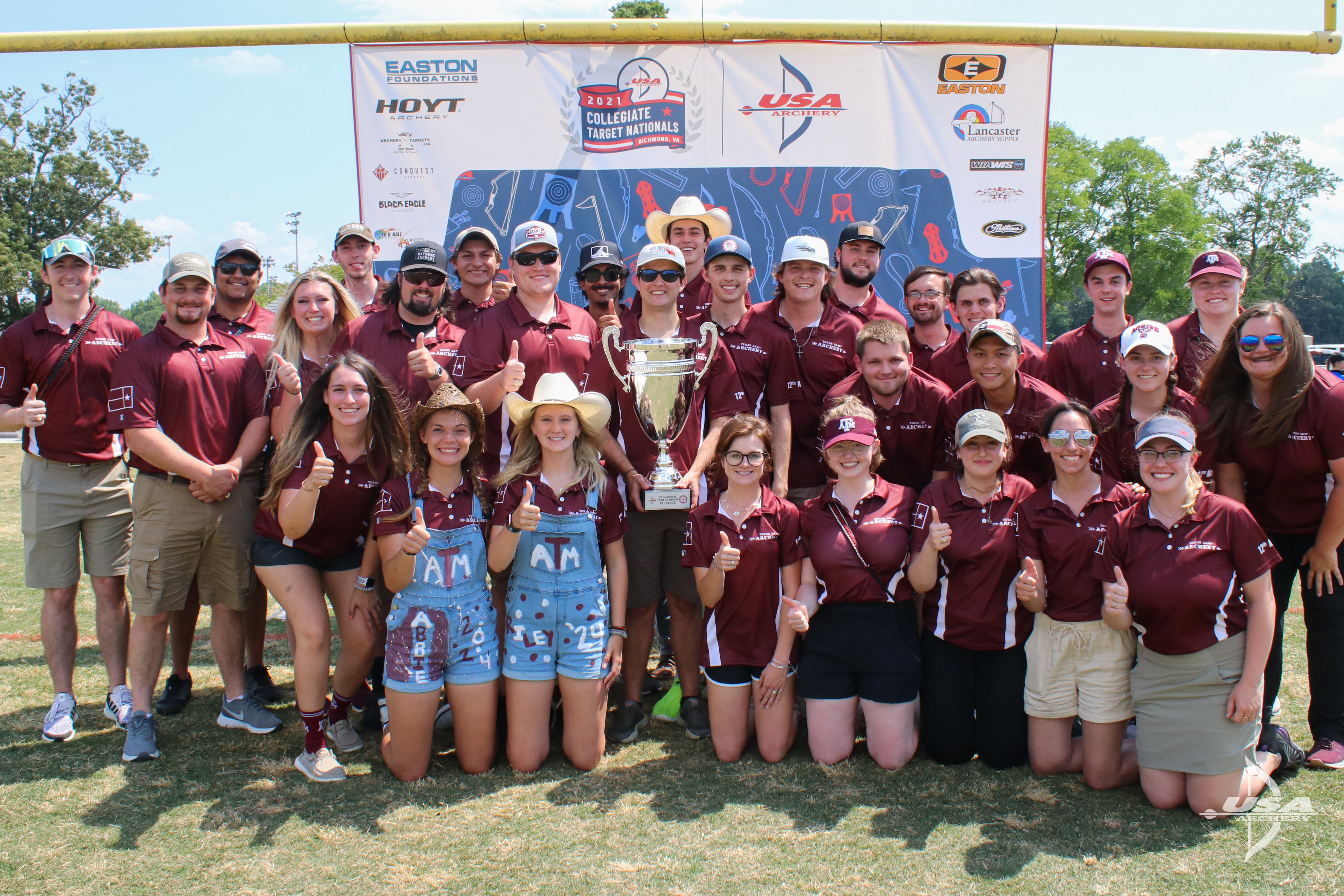 However, throughout the entire event, Texas A&M prevailed for another year, winning their 22nd Overall National Team Championship (and 11th consecutive win!) in the program’s 25th anniversary. Recurve standouts Trenton Cowles and Riley Marx were the only archers on the team to medal in every event, as Cowles took the title in individual, team and mixed team play. 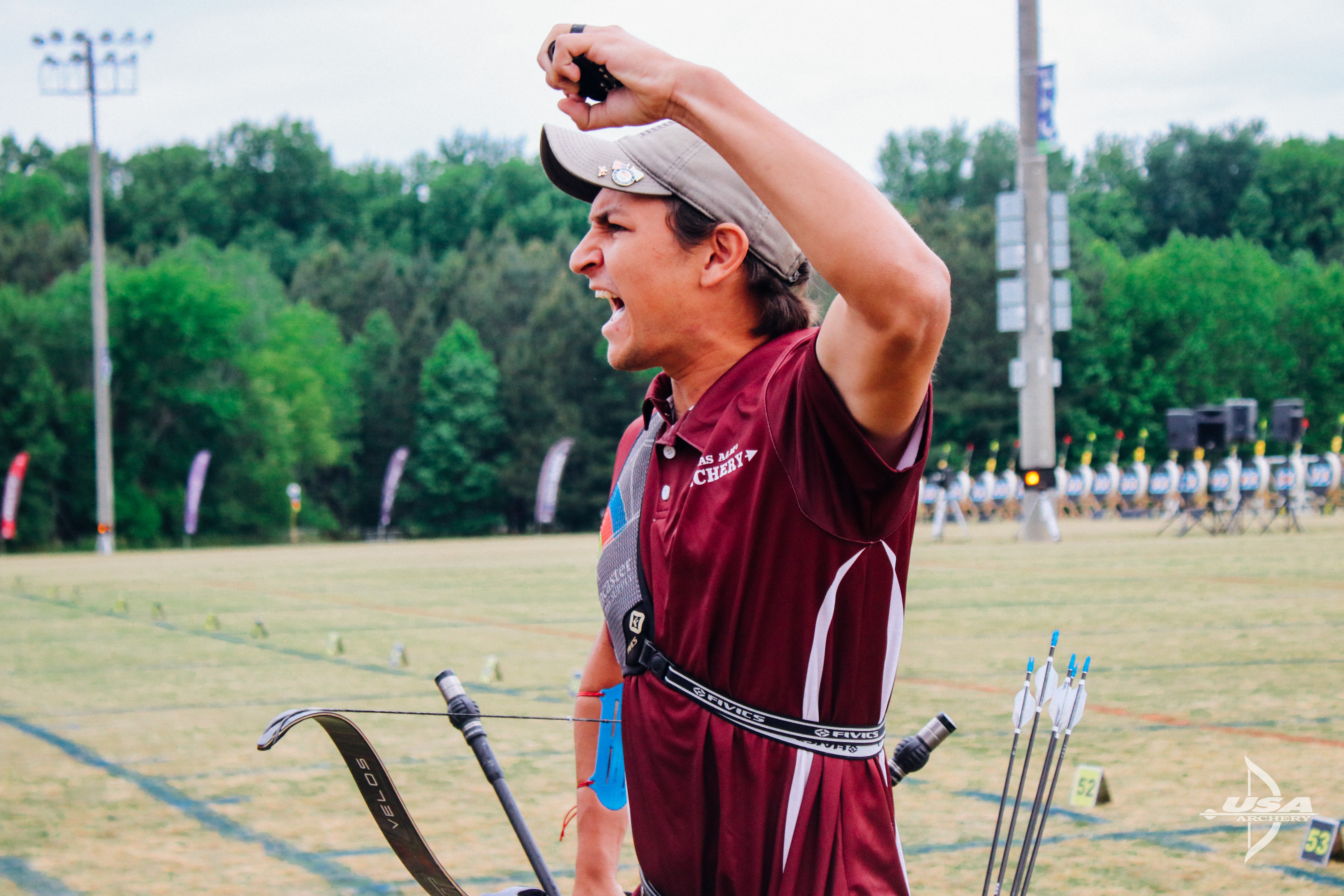 After taking the national champion title, Cowles shared: “I feel very emotional right now; the whole team is behind me here, supporting me, and the coaches, everyone. Everyone is contributing to the team and I’m just playing my part. I’m very emotional just to be part of an amazing team.”

Texas A&M Coach Frank Thomas commented: “You really don’t coach with Trenton, he’s a self-starter, he works hard, busts his butt and asks for help if he needs it. More importantly, he’ll help anyone on the team. Somebody at his level, who’s willing to do that is going to make the team better and we love to have him on the team.” 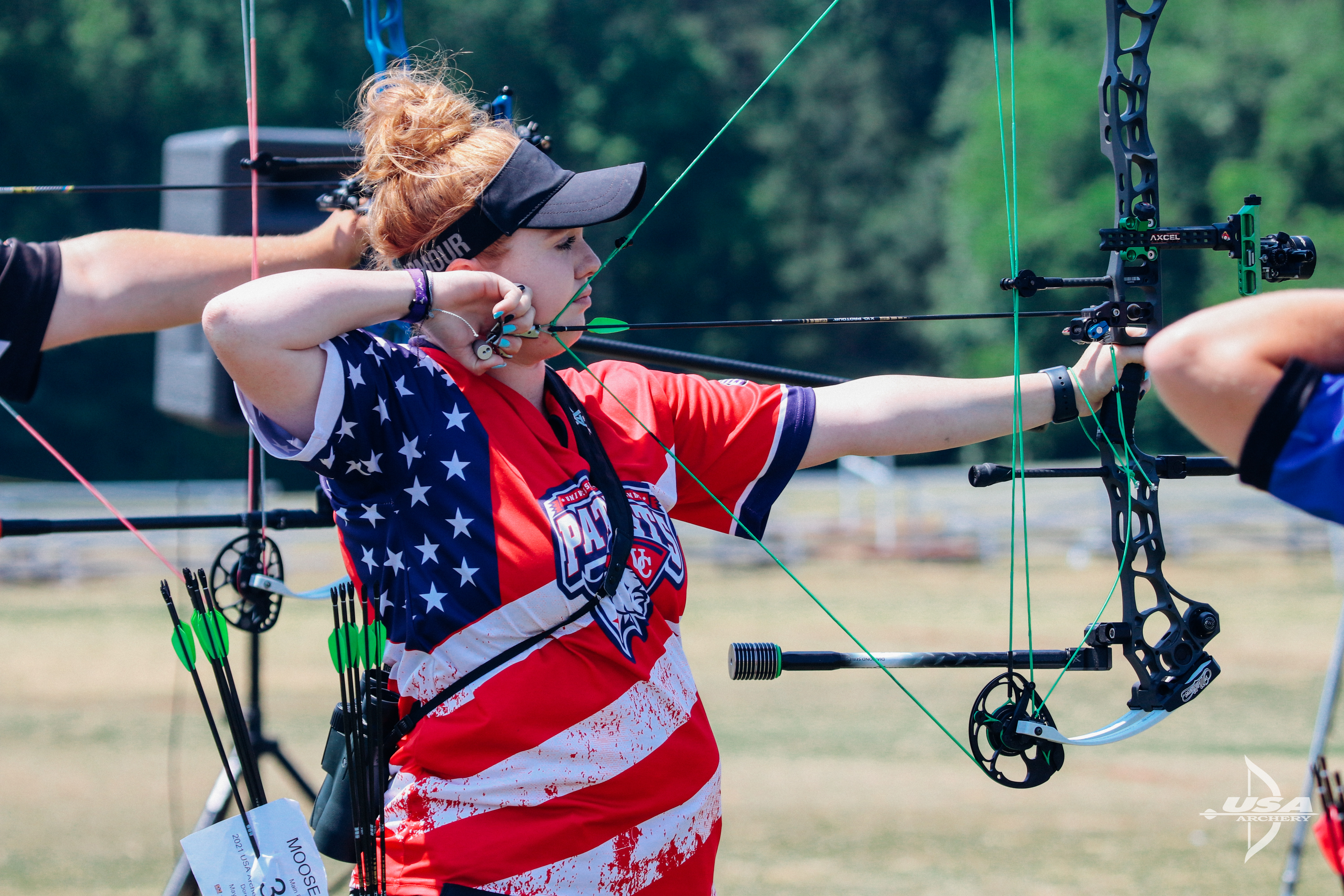 Compound women’s champion Hannah Moose of the University of the Cumberlands, who also won team silver, shared: “I feel really good about winning, especially since I qualified pretty low, so I just tried to take it one match at a time and I’m grateful I made it so far.

Moose’s coach, Kris. Strebeck, also was eager to share praise on his archers’ success: “I’m really proud of the entire team and their effort. Hannah had a couple of hiccups during qualification, she was able to fight back, she had a very tough bracket—it was a very challenging compound women’s bracket and I’m just so proud of her and the effort she put in. Bringing home that individual national title is just awesome.” 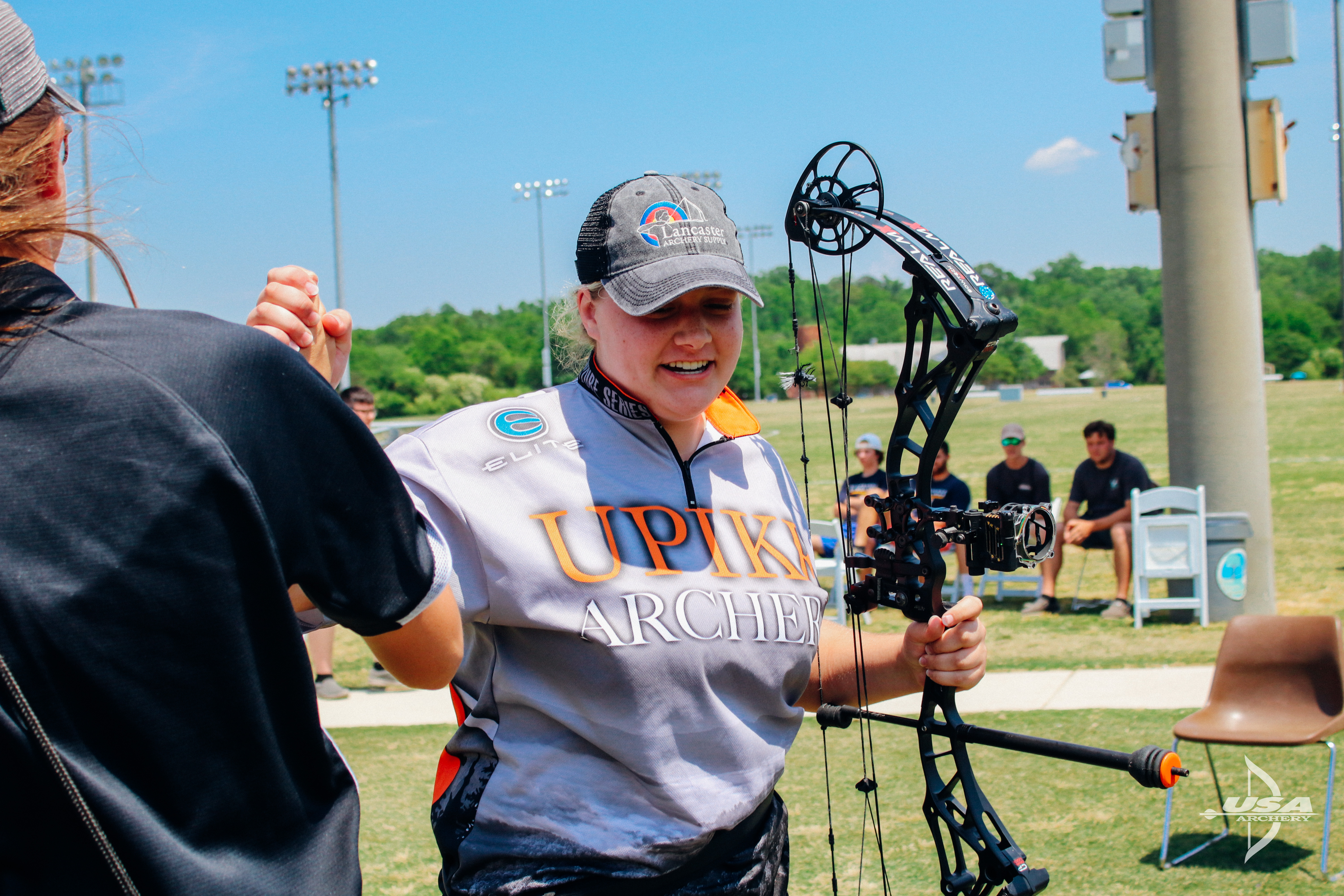 Bowhunter men’s national champion Kirklin Newsome of University of Pikeville shared after his win: “I’m now the 2021 national target champion. I’d like to thank USA Archery for hosting such a great event, same with my awesome coaches, all my collegiate archers, the school, everybody who has helped me along the way. Can’t be more blessed.”

Newsome’s teammate and first-year student athlete Emily Dendinger also won the bowhunter women’s title in a shoot off win: “I’m just a freshman and I wasn’t expecting to get very far in this tournament but I ended up winning it thanks to my teammates, my coach and all the support I got from my family. I’m really proud of myself and I made it through.”

University of Pikeville Head Coach Ellie Yocum beamed over her archers’ wins: “This is my first season as Head Coach and I’m thrilled these two are my first national champions. Thanks to USA Archery for hosting a great tournament, especially through COVID.”

Complete results from the event are available here and visit our photo site for scenes of the action, captured by JMU’s Logan Weller.