SALT LAKE CITY, Utah – 2020 U.S. Olympic Trials for Archery began in the summer of 2019 with Stage 1 in Dublin, Ohio, followed by Stage 2 in College Station, Texas in September. During Stage 2, the field was narrowed to the top 16 men and women, but before Stage 3 began, the world shut down with the COVID-19 pandemic. In an historic move, the Tokyo Olympic Games were postponed to 2021, along with the remainder of the Trials.

Now, after a year and a half, we’re back and on target for Tokyo. Stages 3 & 4 have been moved to Salt Lake City, to run May 27-June 1. At the conclusion of Stage 3 on May 28, archers will be cut to the top 8, and after the final stage, USA Archery will nominate a team to the U.S. Olympic & Paralympic Committee.

Read on for what you need to know to follow along: A nation must first earn quota spots for the Games, and then in the U.S., the archers compete in the Trials to determine who will fill those spots. Right now, the U.S. has earned one men’s spot from Brady Ellison’s gold at the 2019 World Archery Championships, and one women’s spot from gold in the mixed team event at the 2019 Pan American Games, contested by Ellison and Casey Kaufhold.

The U.S. will have another chance to qualify full teams of three men and three women at a Final Qualification Tournament in Paris in June 2021. Only three additional teams of each gender will earn spots for the Games, so a podium finish in Paris is imperative. The U.S. men’s team is currently ranked 3rd in the world and just earned a podium finish at World Cup Guatemala, and the women are currently 18th in the World Archery standings. 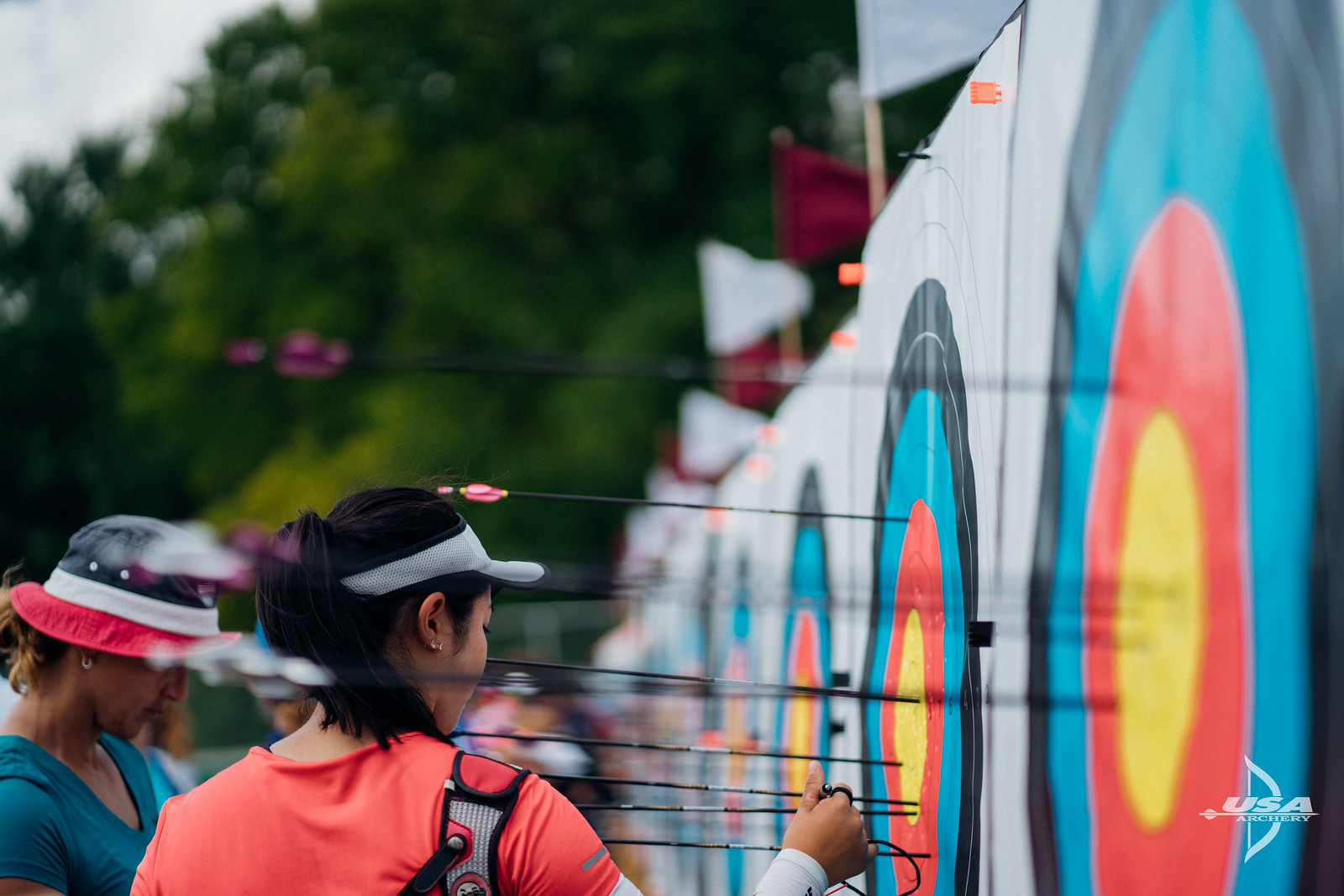 To be nominated to the 2020 U.S. Olympic Archery Team, archers must compete in the Trials as set by USA Archery and the U.S. Olympic Committee. For the Tokyo 2020 Games, there are four stages of the Trials, and participation in Stage 1 was open to any USA Archery member who is also a citizen of the United States. Trials events include ranking rounds, team round simulation, head to head elimination rounds, and round robin match play. The total points accumulated from each event will determine the final rankings for the U.S. Olympic Team Trials.

Based on how many quota spots the U.S. has earned for the 2020 Olympic Games, USA Archery will nominate archers to the U.S. Olympic and Paralympic Committee to fill those spots. 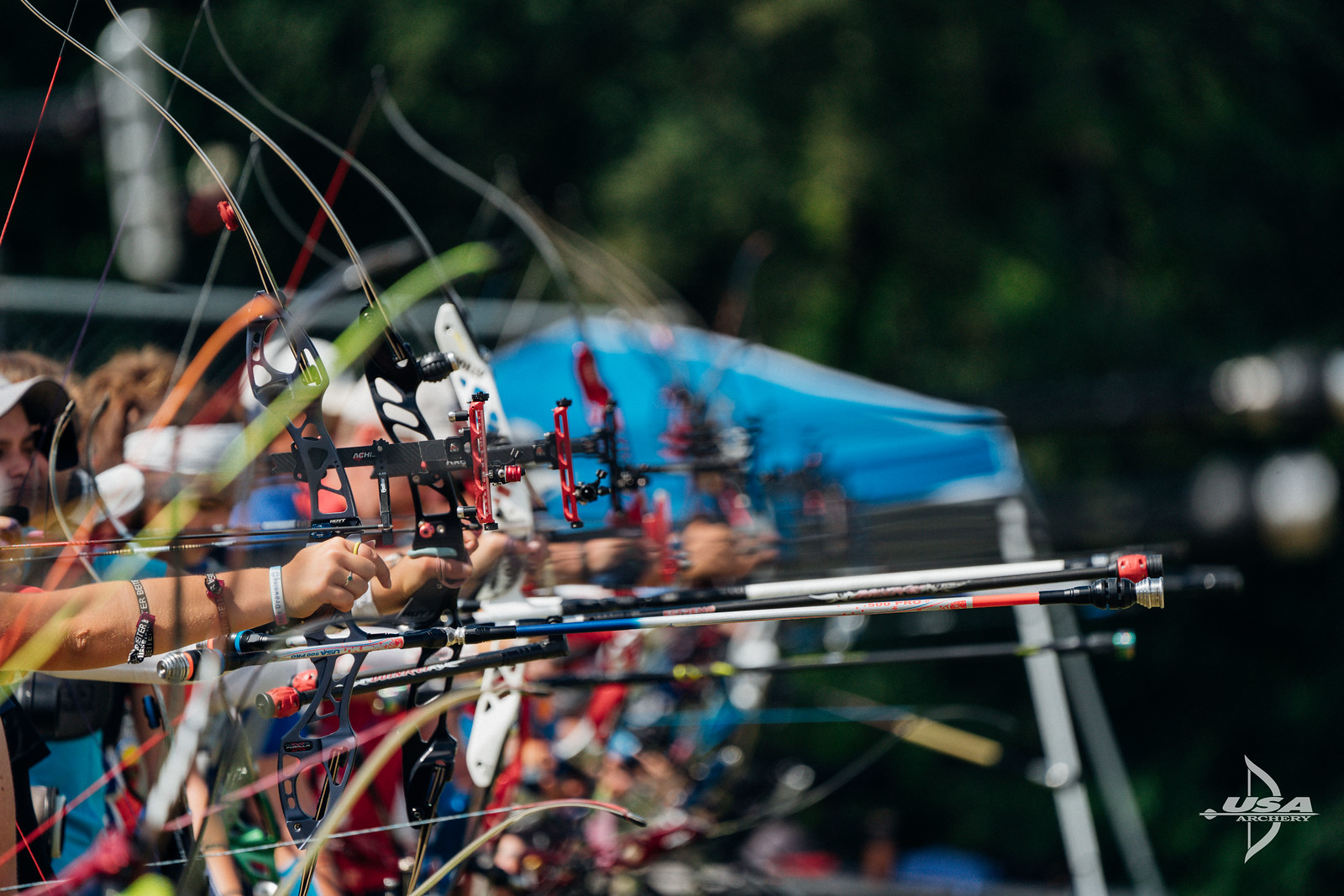 What to Expect Next

The current standings for the Trials are available here. So far, the maximum Trials points an archer could have accrued is 40, spread across three ranking rounds and 15 round robin matches.

Stage 3 crams two more ranking rounds and 15 round robin matches into two long days of competition with another 33 points up for grabs before the field is cut to the top 8 men and women. The remainder of Stage 3 features a team round simulation and another set of round robin matches, where archers can earn up to 23 more points.

In Stage 4, archers will compete in a 6th 72 arrow round, elimination rounds, team round simulation and round robins, shooting for a possible 91 additional Trials points.

So, while archers are already emerging as leaders in the Trials, only about 20% of the possible total points have been awarded so far, and anything can happen. Since it’s been 20 months since we left off and archers have been hard at work training, it will be exciting to see who’s grown and improved and who will advance through the Trials.