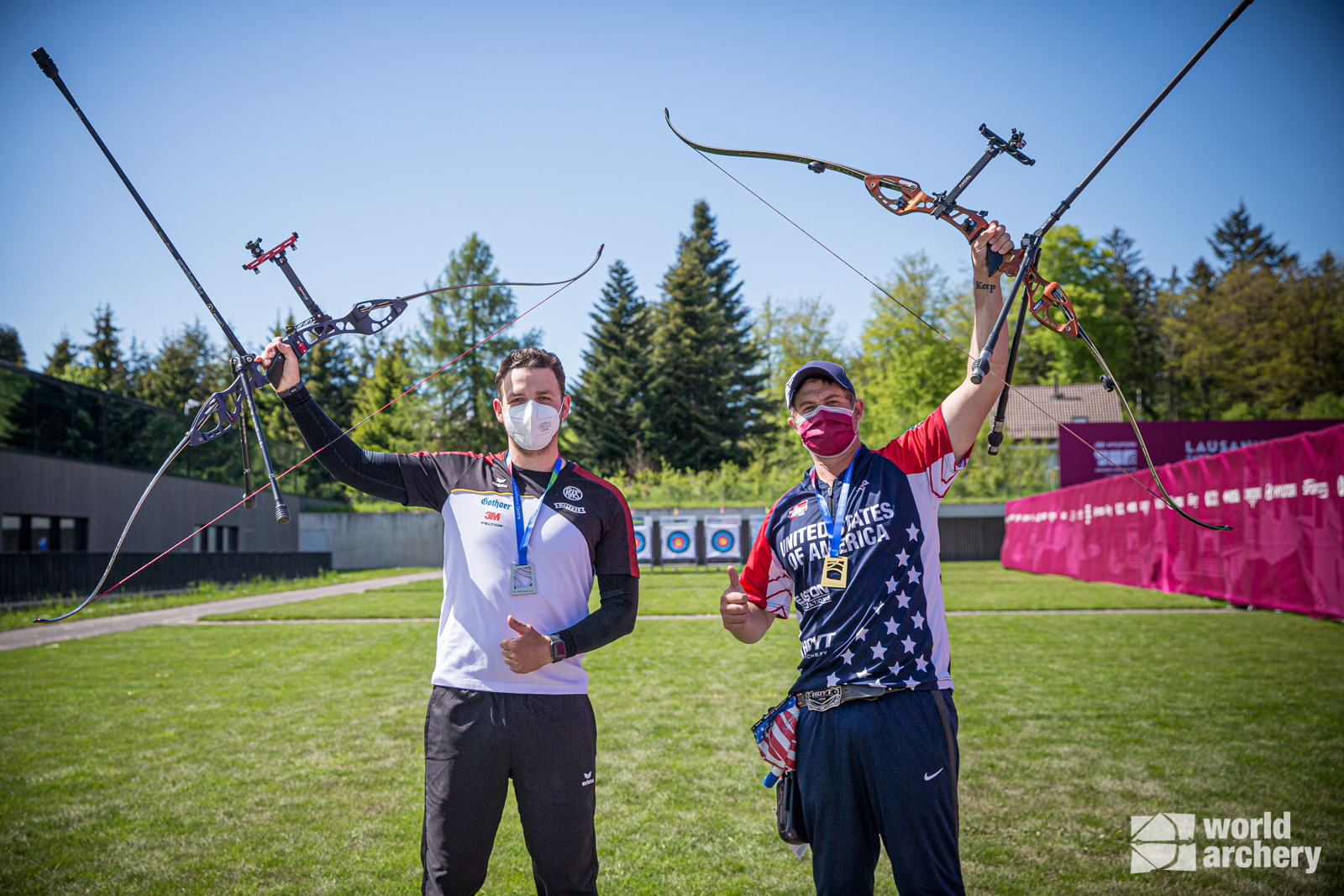 LAUSANNE, Switzerland – It’s official: Brady Ellison will get a shot at his historic 6th World Cup Final Champion title on home soil this fall, which also marks his 11th consecutive Final. With the stage win in Lausanne today, he has earned one of eight coveted spots and opened up a second spot for another U.S. archer to be invited to represent the host nation.

With the 2020 U.S. Olympic Trials for Archery picking back up next week after a hiatus since mid 2019, Ellison has been eager for competition practice on the big stage to knock the dust off and get himself in peak form. With a 6-0 shut out in his semifinal match, and then three Xs in his final set to win the gold, it’s clear he’s on target to hit his goals. “Today was quite awesome,” shared Ellison. “It was good to be on the finals field again and I really liked the Final Four format that we’re doing right now. I’m a big fan of it giving the athletes more time on TV, which is what the athletes need as individuals to help boost sponsorships.”

Ellison’s win caps a great weekend for the U.S. squad at the World Cup, where the compound women won their second team title of the season and Linda Ochoa-Anderson and Braden Gellenthien picked up mixed team bronze.

Complete results from the event are available here. Re-live the action on World Archery’s YouTube channel and the Olympic Channel.