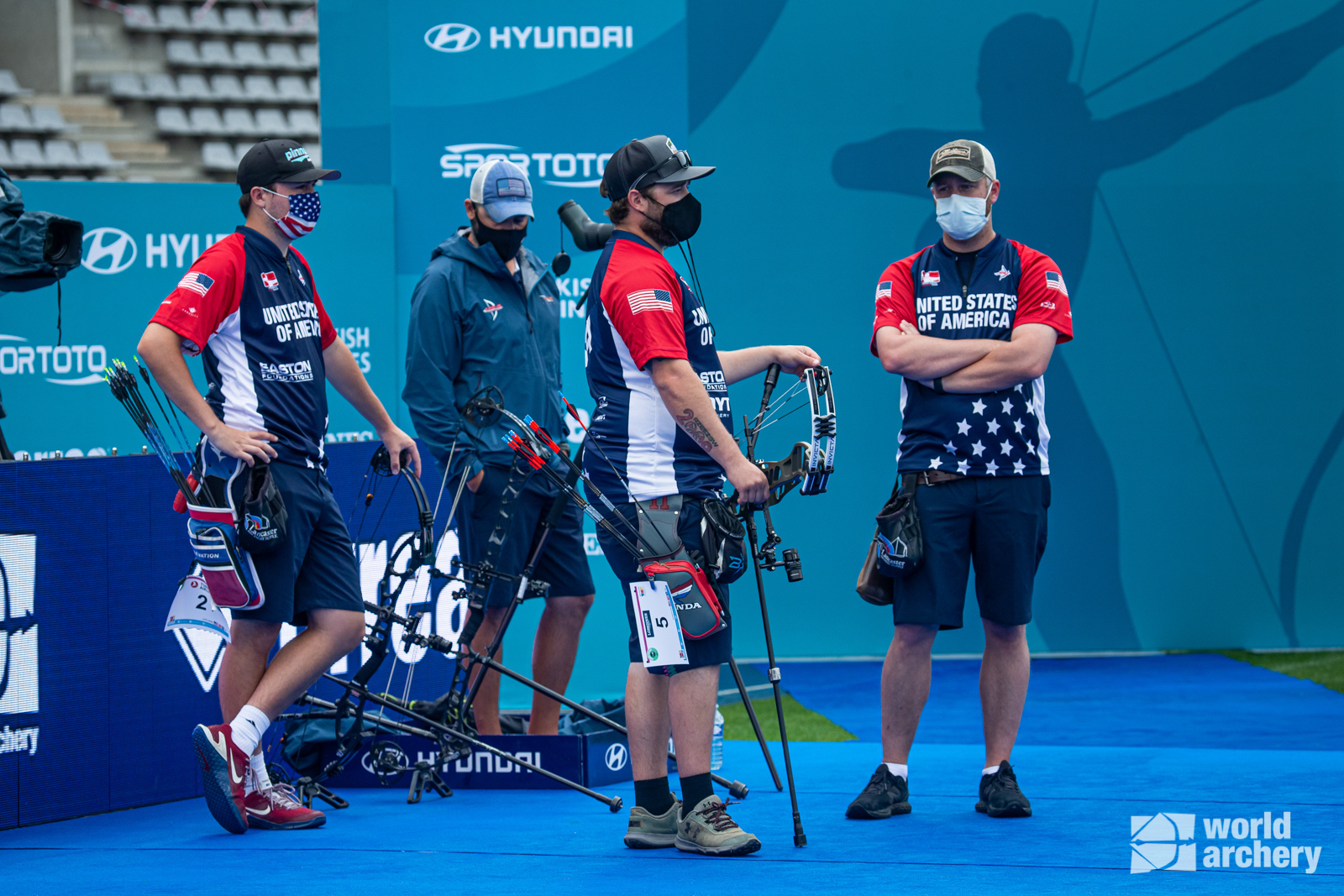 A matchup between Kris Schaff and the Netherland’s “Mister Perfect” Mike Schloesser is always hotly anticipated. The pair were both nearly perfect through all preliminary matches; Schaff had two perfect 150s on his way to the Final Four, and this semifinal matchup could have easily been the gold final.

Schloesser opened with a 9, a rare opportunity for Schaff to capitalize, but his second arrow was an 8. Unwavering, Schaff scored all 10s through the remainder of the match, just waiting for Schloesser to give an inch. Finally, in the last end, the door opened, and the match went to a shoot off. Schaff’s strong 10 was the clear winner to guarantee his berth into the gold final.

Then, India’s Abishek Verma was an unflappable opponent; not dropping a point until the 12th arrow, when Schaff was already down 2. With another 9 from Verma on his 14th shot, Schaff was right back in it for another shoot off. Schaff scored a 9 to Verma’s 10 and he finished with the silver. 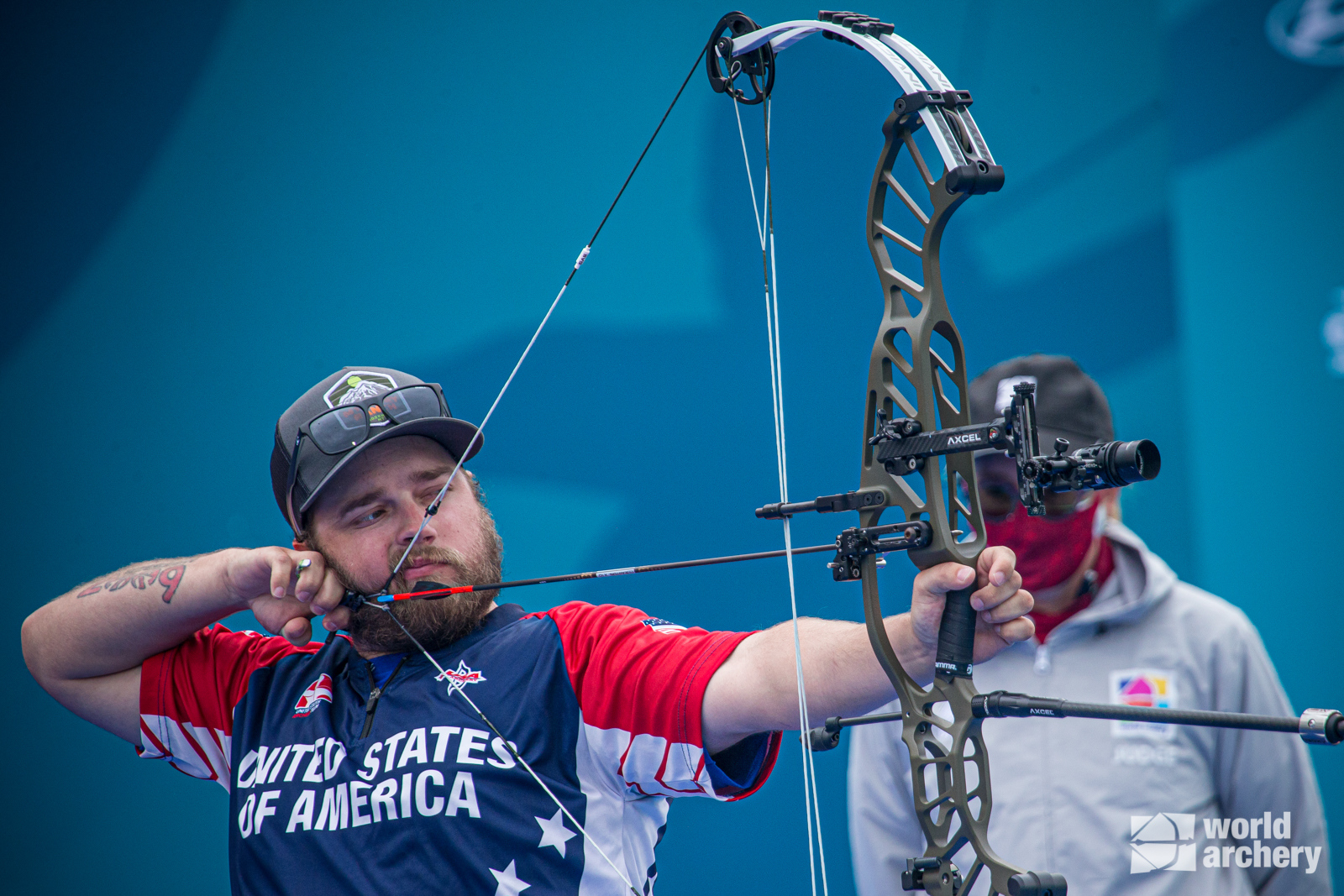 Despite just missing out on the stage win, Schaff is qualified for the World Cup Final on his strong and steady performance all season. Schaff and Braden Gellenthien will both represent the U.S. on home soil in Yankton this fall.

At the same venue, prior to the World Cup Final, the U.S. will also host the 2021 World Archery Championships. Our 2019 team lineup, Schaff, Gellenthien and James Lutz will have another shot at the world title many had thought was theirs for the taking in the Netherlands two years ago.

Ranked first as a team in Paris, qualifying just shy of their world record score, their performance against Denmark today was impressive. Both teams scored 236s for a shoot off. A slight falter had the U.S. post a 28 to Denmark’s 29 to take the silver.

Competition wraps tomorrow with the recurve finals where USA has three archers in the Final Four – our best result in history. Jack Williams, Brady Ellison and Mackenzie Brown will all shoot for medals. Complete results from the competition are available at www.worldarchery.org. Finals matches will be available live at www.archery.tv or on the Olympic Channel.