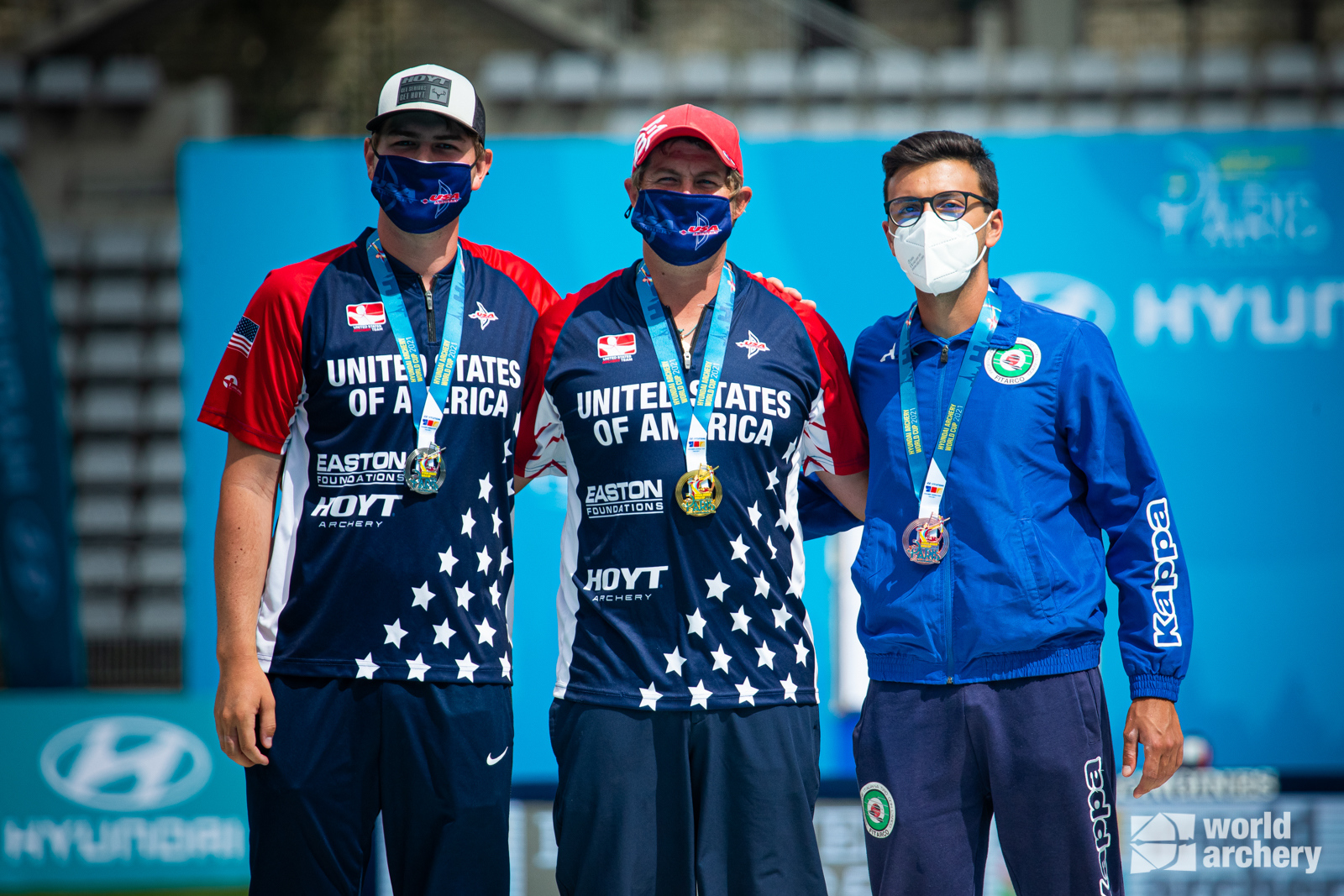 PARIS, France – With just two weeks until the U.S. team heads to Tokyo for the 2020 Olympic Games, it’s a major confidence booster to see Brady Ellison, Jack Williams and Mackenzie Brown all top the podium at World Cup Paris – the best U.S. recurve result at a world cup in history.

With a 6-2 decision, Ellison won his second consecutive World Cup stage: “This one feels really good. I felt like I was fortunate to make this final four and I’ve taken every arrow since then in practice, got some things ironed out, felt like I shot pretty good today, scored well, so that’s good,” Ellison told World Archery. “I’m pretty confident in myself and our team; all of Team USA. The women are shooting awesome, Mackenzie’s medaled at both world cups she’s been to, Jack just medaled, and as a team, USA’s doing really good. I’m pretty excited to go to the Olympics and win some medals.”

This is Jack Williams’ first world cup appearance this season and his first individual podium to date. On coming home with silver just before the Games, he commented: “I’m super excited to go to Tokyo on this much of a high note. I think this is great for the team dynamics and confidence going into the Games.” Mackenzie Brown, in the best season of her life, picked up another podium finish; her second in the two stages at which she has competed. Brown won silver in Guatemala and bronze in Paris. In both a tight semifinal and final match, Brown posted strong scores, and would have won both on cumulative scoring, but with the set system, found herself in shoot offs with just one arrow determining the outcome.

Brown, Williams and Ellison are also all confirmed for the World Cup Final, set to take place in Yankton, South Dakota in September, following the World Archery Championships, where they’ll also all headline for Team USA.

Complete results from the competition are available at www.worldarchery.org. Rewatch the matches at www.archery.tv or on the Olympic Channel.