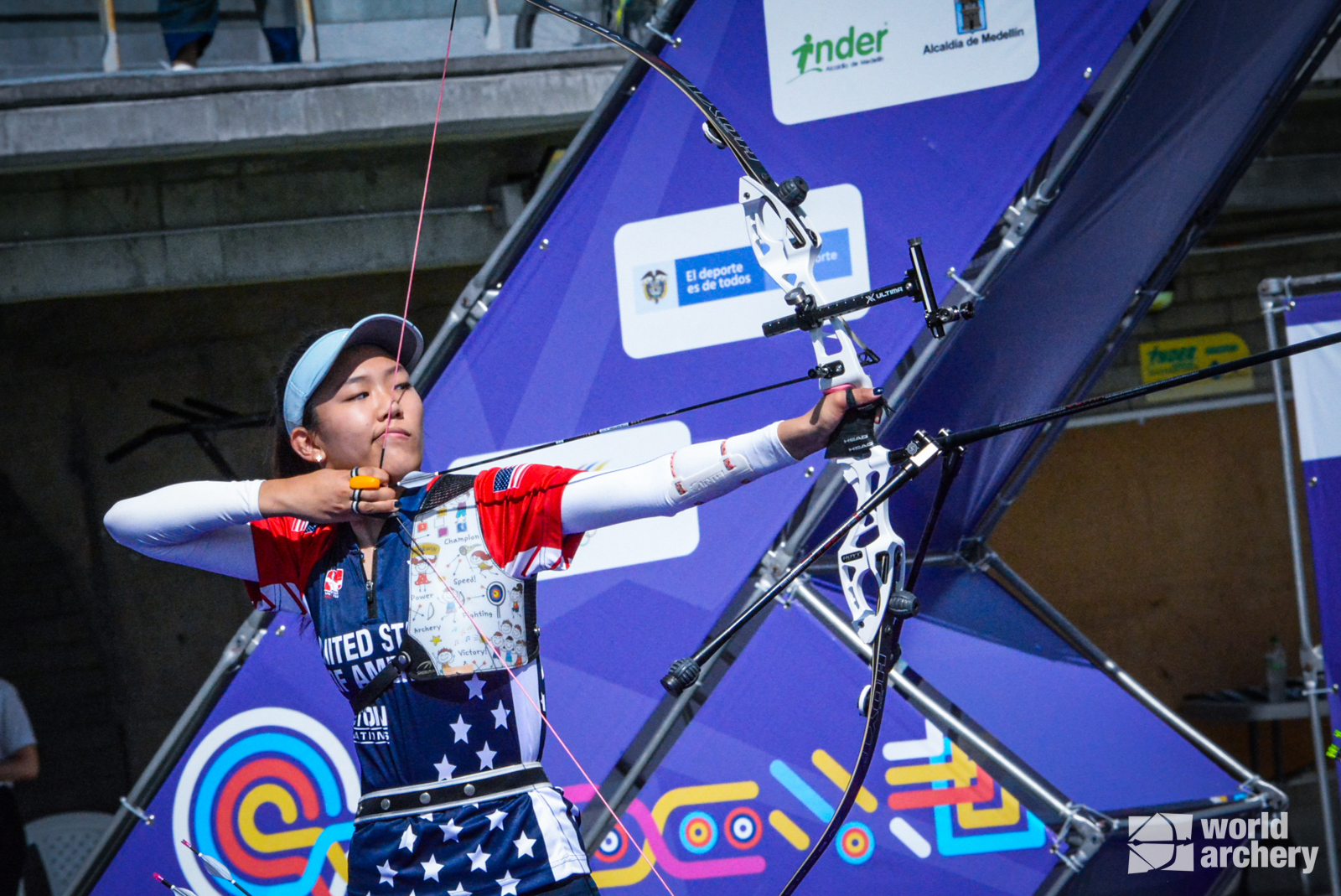 After guaranteeing the U.S. would secure its maximum second quota spots for the Games yesterday with Savannah Vanderwier and James Lutz earning spots in the compound women and men’s finals, they claimed both first place finishes this morning. Lutz soared through his matches with progressively better scores – winning with 147, 148, 149 and finally a 150 to take the win.

Vanderwier and Makenna Proctor both represented the U.S. in the compound women’s finals; Vanderwier finished first with a 143-142 victory over Estonia’s Paiz and Proctor finished third with a 143-141 decision over Puerto Rico’s Ramirez Gonzalez. 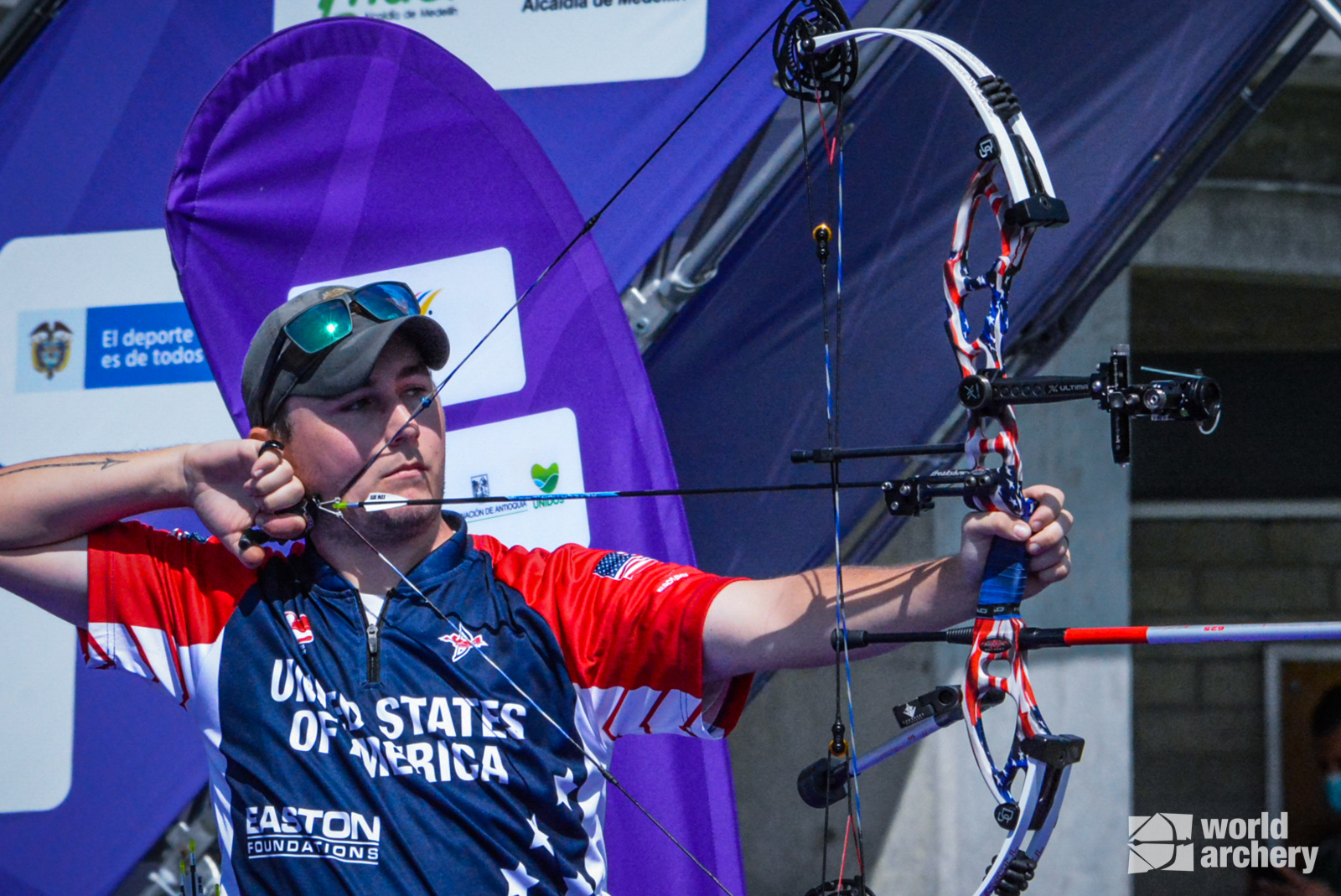 Lutz returned to the stage in the afternoon for the men’s bronze final in a rematch of his morning’s match with Estonia’s Hernandez, but this time Hernandez was the victor, 146-144.

16 year old recurve archer Michelle Ahn, who won silver earlier this week in the special junior tournament, qualified third overall and went on to a bronze finish today in a strong 6-0 shut out over Colombia’s Contreras – an incredible international debut!