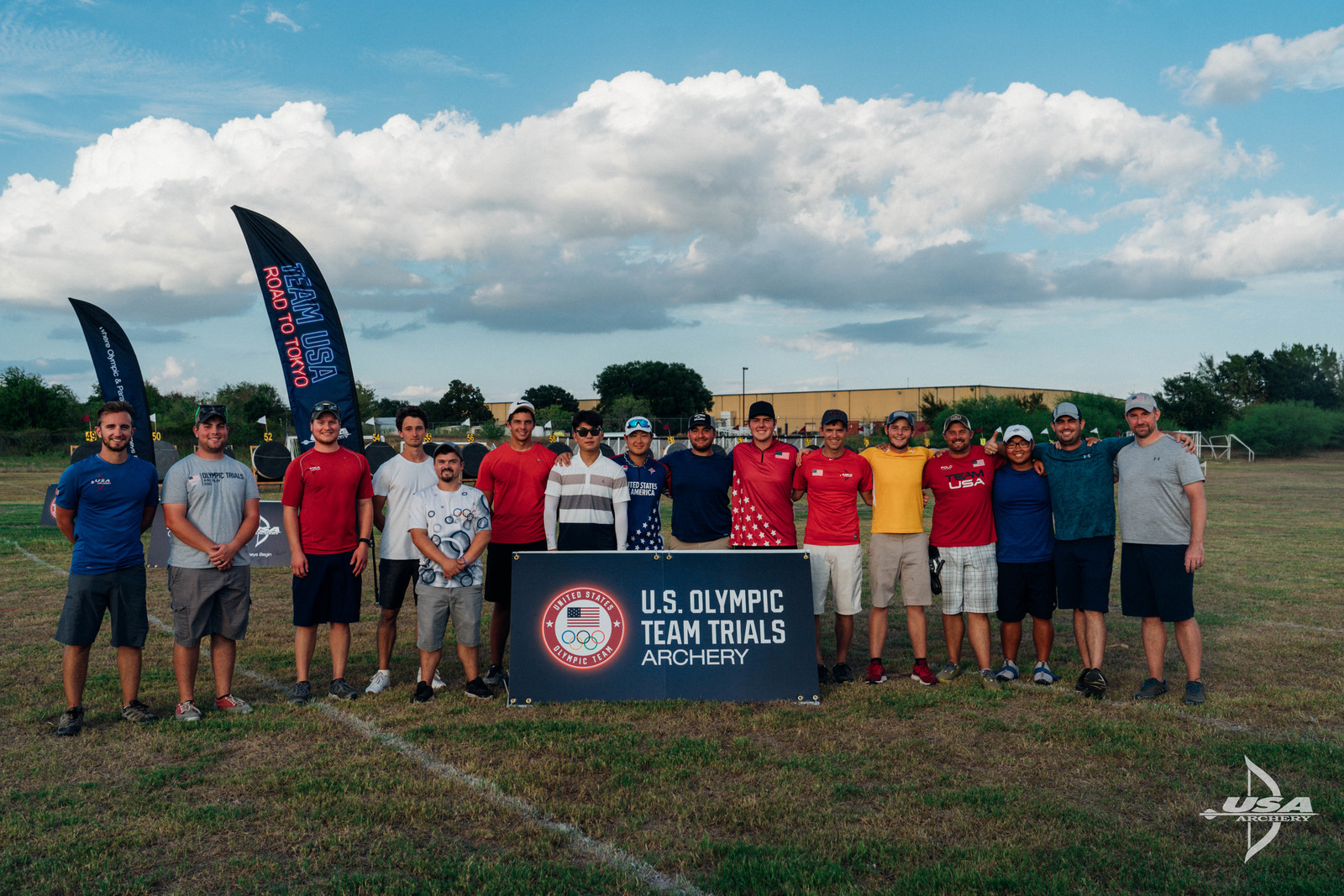 COLLEGE STATION, Texas – The 2020 U.S. Olympic Trials for Archery is an open entry event for any USA Archery member who is a citizen of the United States. The four-part Trials spans nearly a year as a strong team is nominated to represent Team USA in Tokyo next summer. From nearly 200 Olympic hopefuls at Stage 1 in Ohio last month, the first cut narrows the field to the top 16 men and women.

Catch up on Stage 1 and the Trials Process

As in Stage 1, Casey Kaufhold and Brady Ellison are still sitting solidly in first. Each earned the U.S. it’s one men’s and one women’s quota spots so far with major international podium finishes this year.

“I’m super happy with how I shot, it was crazy windy but I feel super strong and I shot really good,” shared World Champion and World No. 1 Ellison. “I just had one arrow where the wind picked up, I knew it, I aimed two rings farther than I had all day and I was like, ‘I’m going to get it,’ and it went left five, so other than that one, I would have shot a 680 in the heavy winds we had today. But it was a fun day, every arrow was different, really picking the spots and trying to guess them. It was a good kind of wind, where your arrows were drifting a bunch, but with the way the field is, you can aim in it still, so you could really pick your spots, and make good shots still so you could shoot some really good groups, which made it a lot of fun. All in all, good day, good last tournament of the year.”

On continuing his lead in the Trials, Ellison added: “I got two bonus points for my 670+, I was really gunning for that 680 because I thought if I could shoot a 680, I didn’t know if anyone else could shoot a 660, so I could get three points on the field there, but Wukie shot really good today, and he got one point and I got two so that’s really just going to help keep that run going. We still have a thousand arrows of Trials left so there’s no point getting excited about points yet.”

Three 72-arrow rounds over the first two stages so far have put the first Trials points on the board, but much can change with more than triple the maximum points earned thus far on the table for the archers as competition continues Monday and Tuesday with 15 round robin matches and points for arrow averages. The cut to the top eight will not take place until mid-stage 3 next Spring in California. 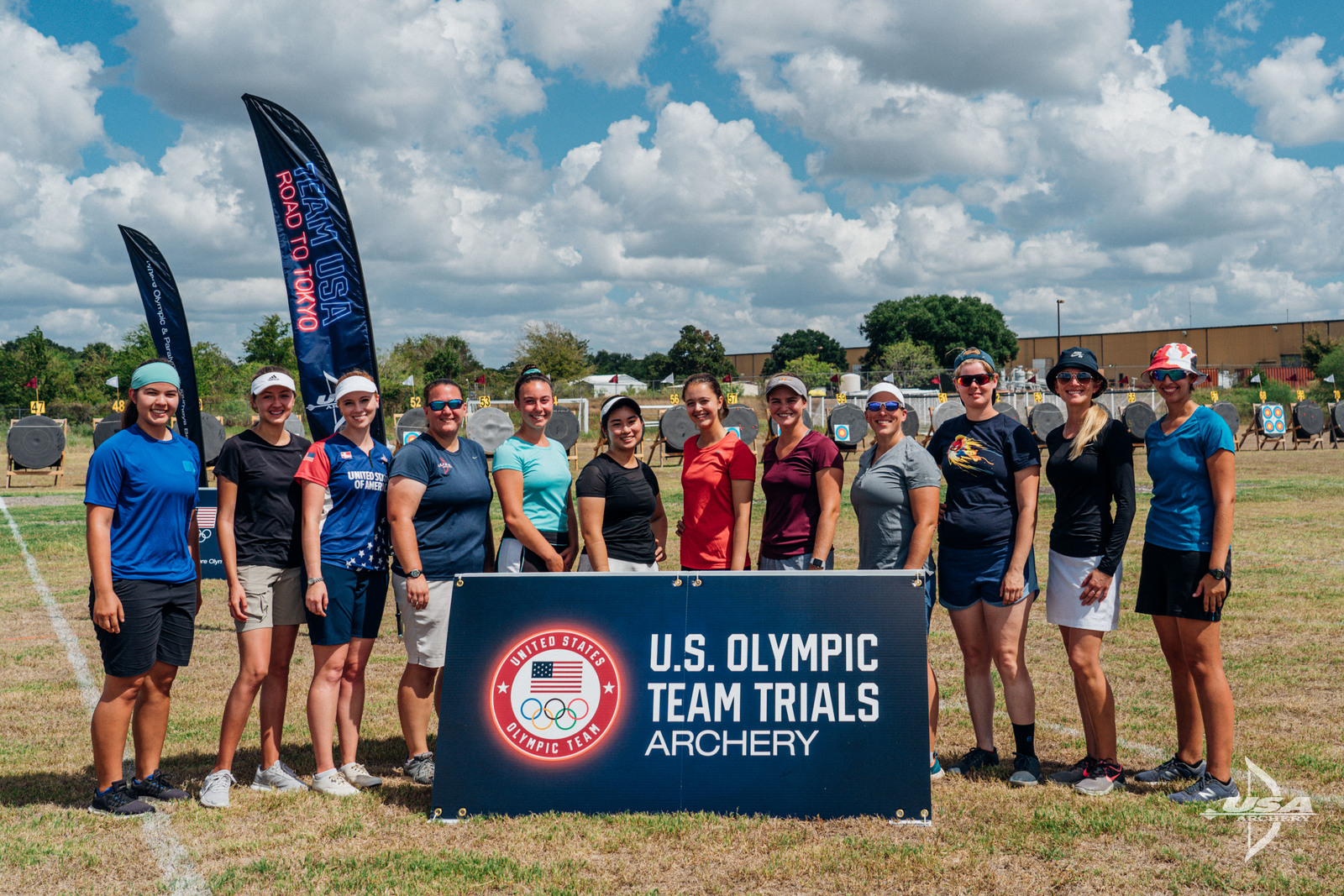 15-year-old Kaufhold struggled some in today’s wind, but still came out on top: “It was very, very, very windy. I got frustrated with myself at times and just had to bring it back to the basics, focus on my form and make good shots. Some shots went in and some didn’t, it was the luck of the draw, but I’m happy altogether with how I did.” On the rest of the Trials this week she added: “I think I’ll be more confident for the round robins. As I shoot more here tomorrow I’ll get a better feel for the wind and I think I’ll shoot a lot better.”

Among the thirty two archers continuing in the Trials are both seasoned Olympians and young up and coming stars, including several young teens. 2018 Youth Olympian Catalina GNoriega, who is 10th for the women so far shared: “This is a huge step forward, from the Youth Olympics to being top 16 for the Olympic Trials. This has been my goal for a long time, I’m really looking forward to continuing in the Trials. I really enjoy shooting the round robin and head to head matches.”

Competition resumes on Monday and Tuesday as the archers compete in head to head round robin matches. Complete results so far are available here. As the Trials continue, follow USA Archery on Facebook, Twitter, and Instagram for updates from the events. Official photos are posted regularly to USA Archery’s photo site.