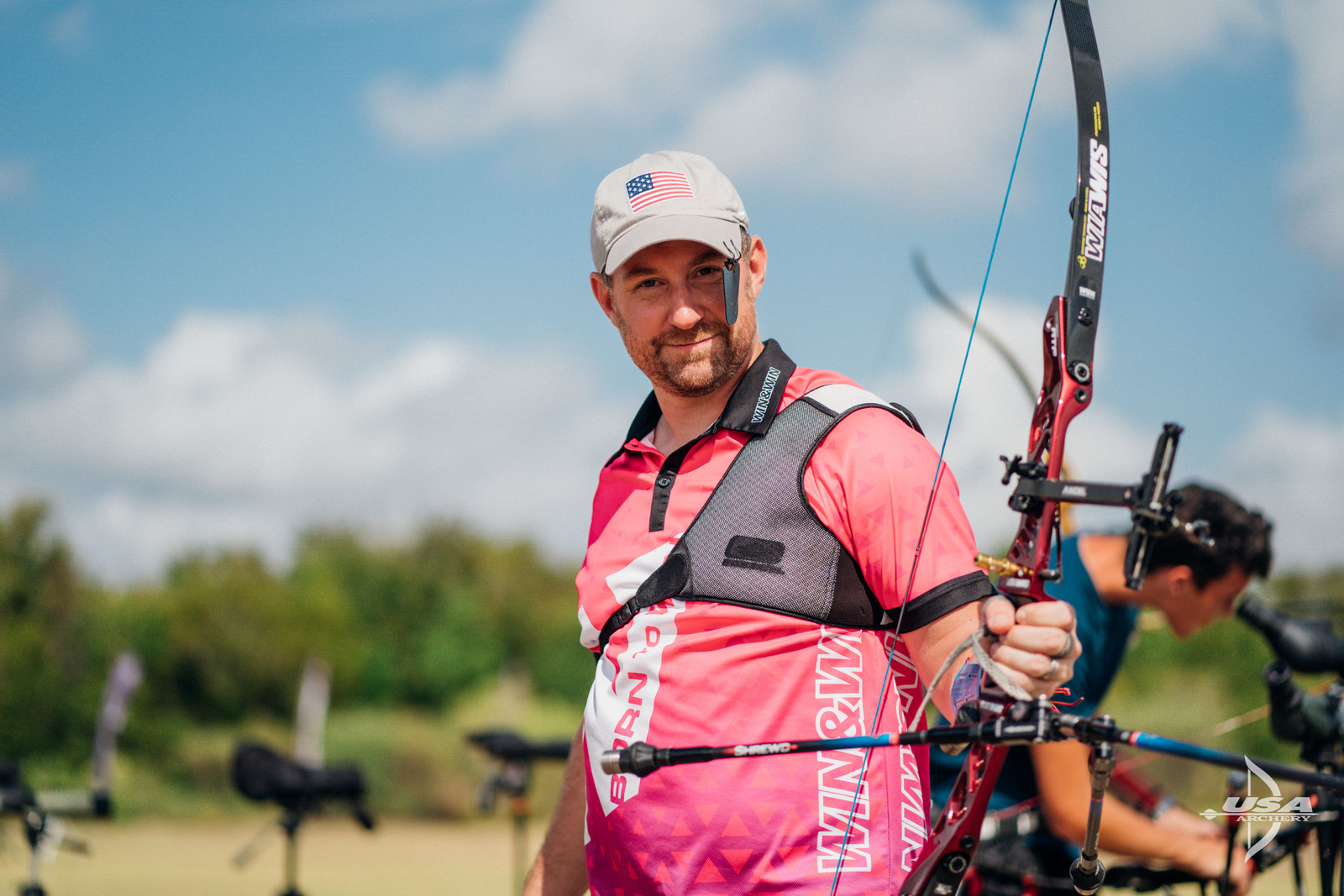 COLLEGE STATION, Texas – The 2019 USAT event season ended today at the Texas Shootout. Hot, humid and windy weather made for some challenges as archers battled it out for final national ranking points.

Tom Stanwood took the recurve senior men’s gold over Brady Ellison in a five-set match. Stanwood, the 15th seed, climbed today’s brackets to take the big win as Olympic Trials heat up. “This has been a long year of competition,” commented Stanwood. “It has been an honor competing for Team USA and I have had a lot of excitement this season. I’m looking forward to continuing on in the Trials and am feeling good from today’s shooting.” Seth McWherter finished out the podium with bronze. 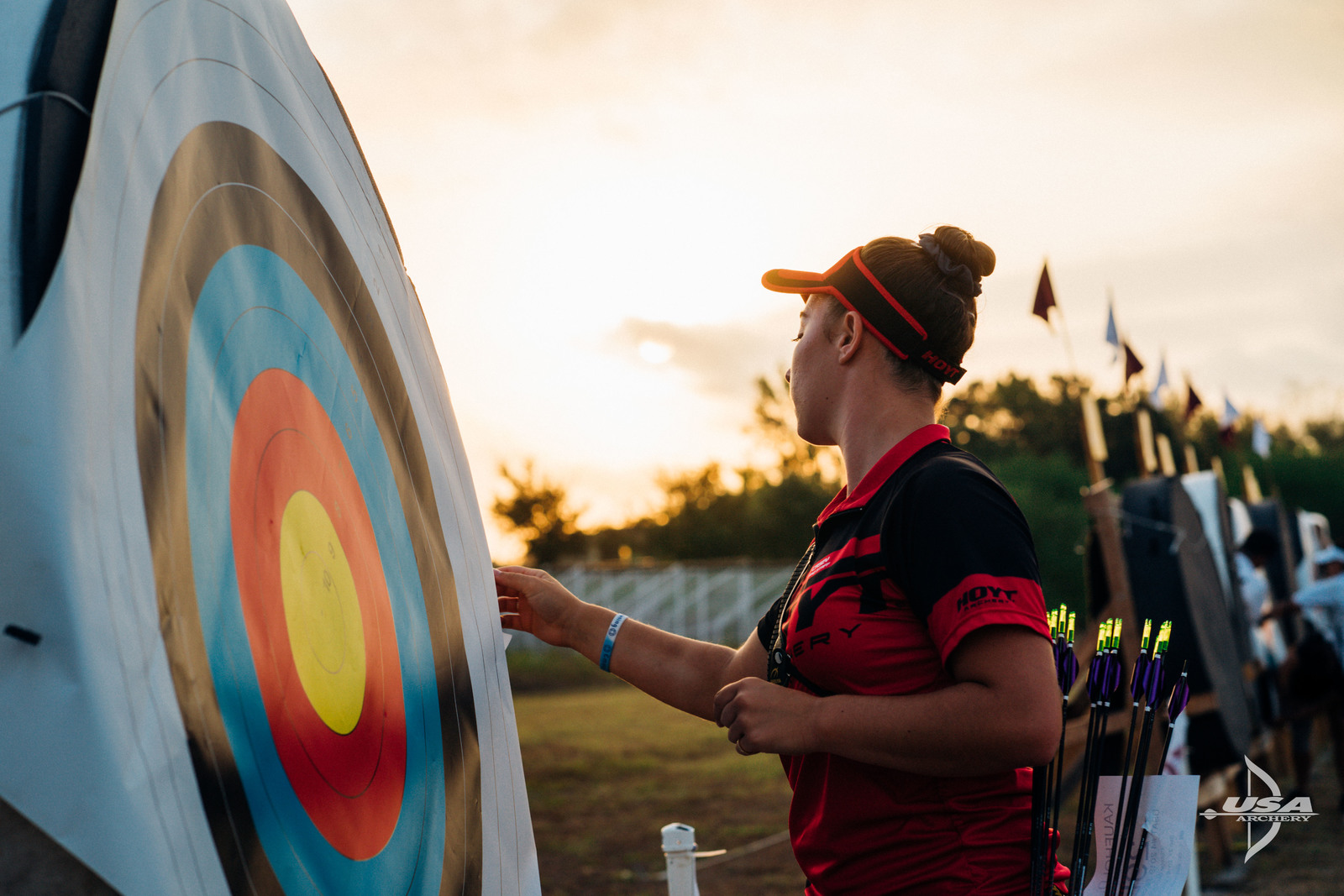 Tyler Langford climbed from 12th to 2nd for the recurve junior men in his first podium finish behind Andrew Mantle, while 8th seed Rachel Reshonsky claimed the women’s gold over 10th seed Lena Park. Michelle Ahn and Jordan Fong were the cadet recurve winners, both having also worked their way through tough brackets from 6th and 11th in qualification respectively.

Steven Hilger upset Scott Risinger for the recurve master men’s title and Tatyana Muntyan held on to first for the women throughout the event. 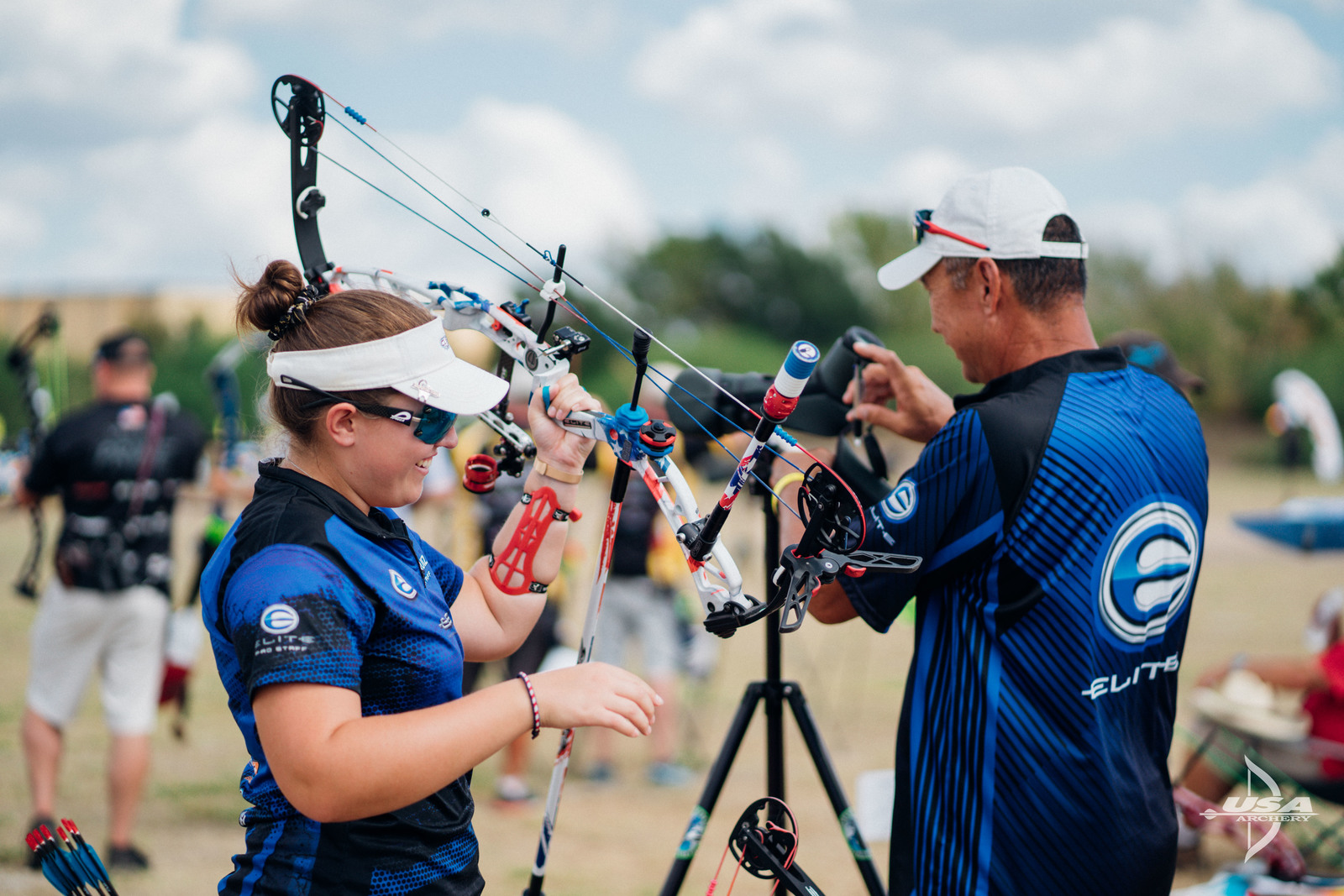 Alexis Ruiz continued her outstanding season; the world No. 1 claimed victory in Texas to finish out the year on top. “This feels great, I’ve actually won the last USAT three years in a row, so it feels good to keep going with this streak. It’s a nice feeling to finish Nationals and Texas strong after the good World Cup year I’ve had.” A massive win for Reo Wilde will make big waves in the compound senior men’s national rankings as he finished with gold over Matthew Sullivan. Kris Schaff won bronze to finish on the podium.

Top ranked masters men Tim Gillingham and Scott Starnes came down to a one-point difference for the gold, with Gillingham victorious while Alanna Dunaway won the women’s gold over Dee Starnes.