2020 U.S. Olympic Trials for Archery Heats Up with Stage 2 in Texas 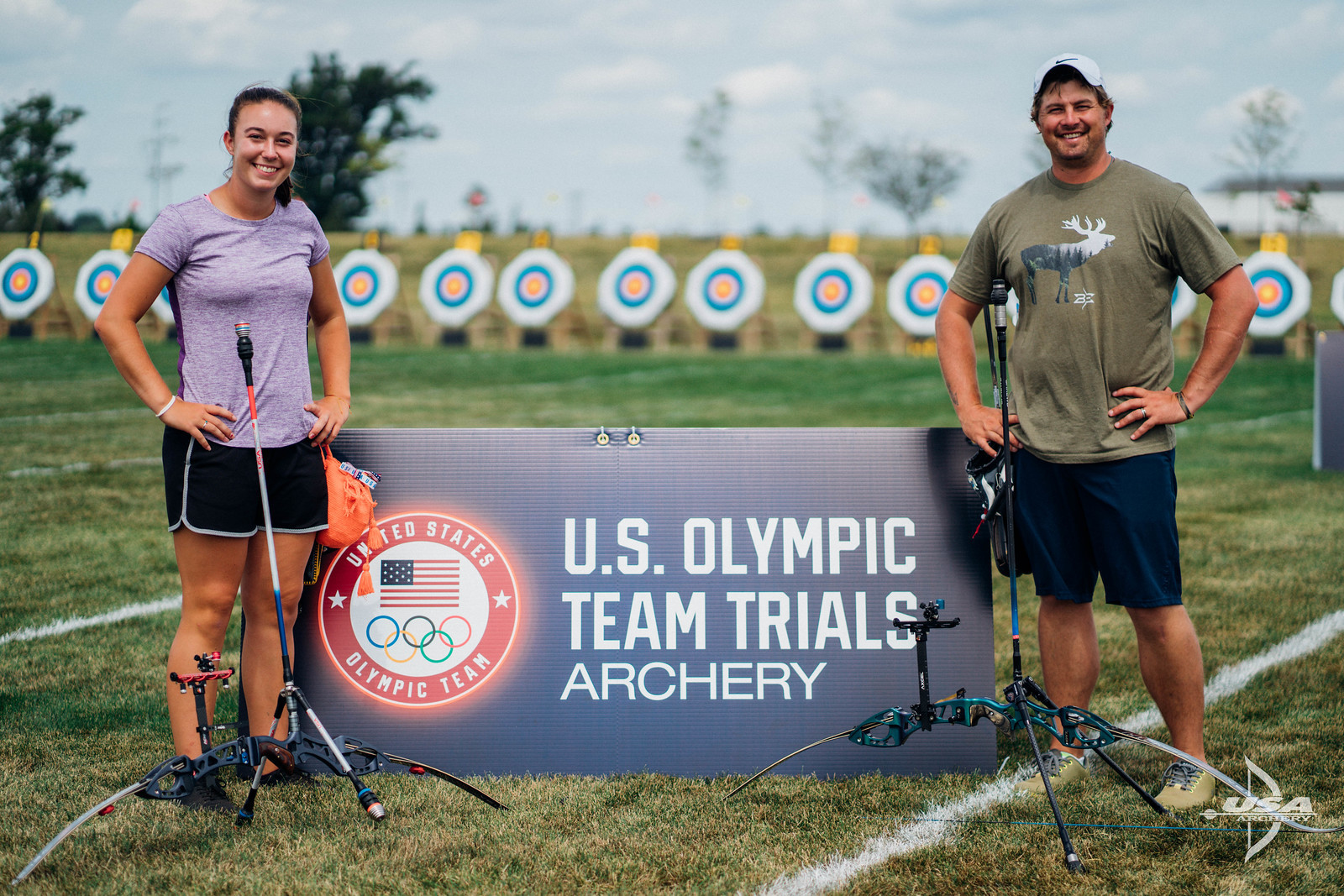 COLLEGE STATION, Texas – The 2020 U.S. Olympic Trials – Archery continues this week in Texas with the second of four stages of competition. Here’s what you need to know to follow the action:

To be nominated to the 2020 U.S. Olympic Archery Team, archers must compete in the Trials as set by USA Archery and the U.S. Olympic Committee. For the Tokyo 2020 Games, there are four stages of the Trials, and participation is open to any USA Archery member who is also a citizen of the United States.Trials events include ranking rounds, team round simulation, head to head elimination rounds, and round robin match play. The total points accumulated from each event will determine the final rankings for the U.S. Olympic Team Trials.

Then, based on how many quota spots the U.S. has earned for the 2020 Olympic Games, USA Archery will nominate archers to the U.S. Olympic and Paralympic Committee to fill those spots. So, a nation must earn their spots for the Games, and then in the U.S., the archers compete in the Trials to determine who will fill those quota spots. Right now, the U.S. has earned one men’s spot from Brady Ellison’s gold at the 2019 World Archery Championships, and one women’s spot from gold in the mixed team event at the 2019 Pan American Games, contested by Ellison and Casey Kaufhold.

The U.S. will have another chance to qualify full teams of three men and three women at World Cup Berlin in June 2020.

All archers from Stage 1 are eligible to continue to Stage 2, however, there is a minimum qualifying score, set by World Archery, that must be achieved after June 10, 2019 and by the September 28th qualification round of the second stage. For men, this score is 640 and for women, it is 605 and it can be shot in any 72-arrow, 70m Round at a sanctioned STAR FITA.

After this qualification round, archers will be cut to the top 16 men and women who have achieved the MQS based on cumulative Trials points. At the event in Chula Vista, cuts will be made in each category to the top 8 archers, who will continue to the fourth and final stage. From there, archers will be nominated to the team to fill the U.S. quota spots.

Results from Stage 1 are available online for the Menand Women. As the Trials continue, follow scores on USA Archery’s Live Results Page. Following the first stage, the top 16 men and women earned .25-4 points in quarter point increments, plus up to 6 bonus points for high scores. With how many points are left in the Trials and how few have been awarded thus far, anything can happen, but there are some early standouts.

World Champion, World No. 1 and five-time World Cup Final Champion Brady Ellison broke several world records this year, including a 702 72-arrow round at the World Archery Championships. The three-time Olympic Medalist is a strong favorite for the men. Ellison’s World Championship teammates and staples on the World Cup circuit this year Jack Williams and Tom Stanwood are currently 3rd and 4th in the Trials. 16-year-old Josef Scarboro was a surprise, coming in 2nd at the first stage, but he backed it up with mixed team silver at the World Archery Youth Championships last month, and Cadet world record holder Joonsuh Oh is 5th ahead of London 2012 team silver medalist Jacob Wukie.

At just 15, youth standout Casey Kaufhold is the leader of the women’s trials. Kaufhold has also set several national and world records this year as a young trailblazer, who could become the youngest Olympic archer since medalist Denise Parker in 1988. 5-time Olympian Khatuna Lorig, and Rio 2016 Olympian Mackenzie Brown are still in the mix, sitting 7th and 9th respectively. Eliana Claps, who has appeared on several world teams for the U.S. over the past quad is currently 2nd, while compound star Crystal Gauvin is chasing Olympic dreams in 3rd. Alexandria Zuleta-Visser is 4th, just ahead of Erin Mickelberry, who has been a regular for the U.S. on the world circuit this year.

As the Trials continue, follow USA Archery on Facebook, Twitter, and Instagramfor updates from the events. Official photos are posted regularly to USA Archery’s photo site.