The Beginning of the End: Texas Shootout Qualification Opens Last Tournament of the 2019 USAT Season

COLLEGE STATION, Texas – The 2019 Texas Shootout wraps a long national tournament season with intense competition. The final race for national ranking points and the second stage of the 2020 U.S. Olympic Trials has every archer on their A-game, but the wind in today’s qualification rounds was a major factor causing some unpredictability under brutal sun. 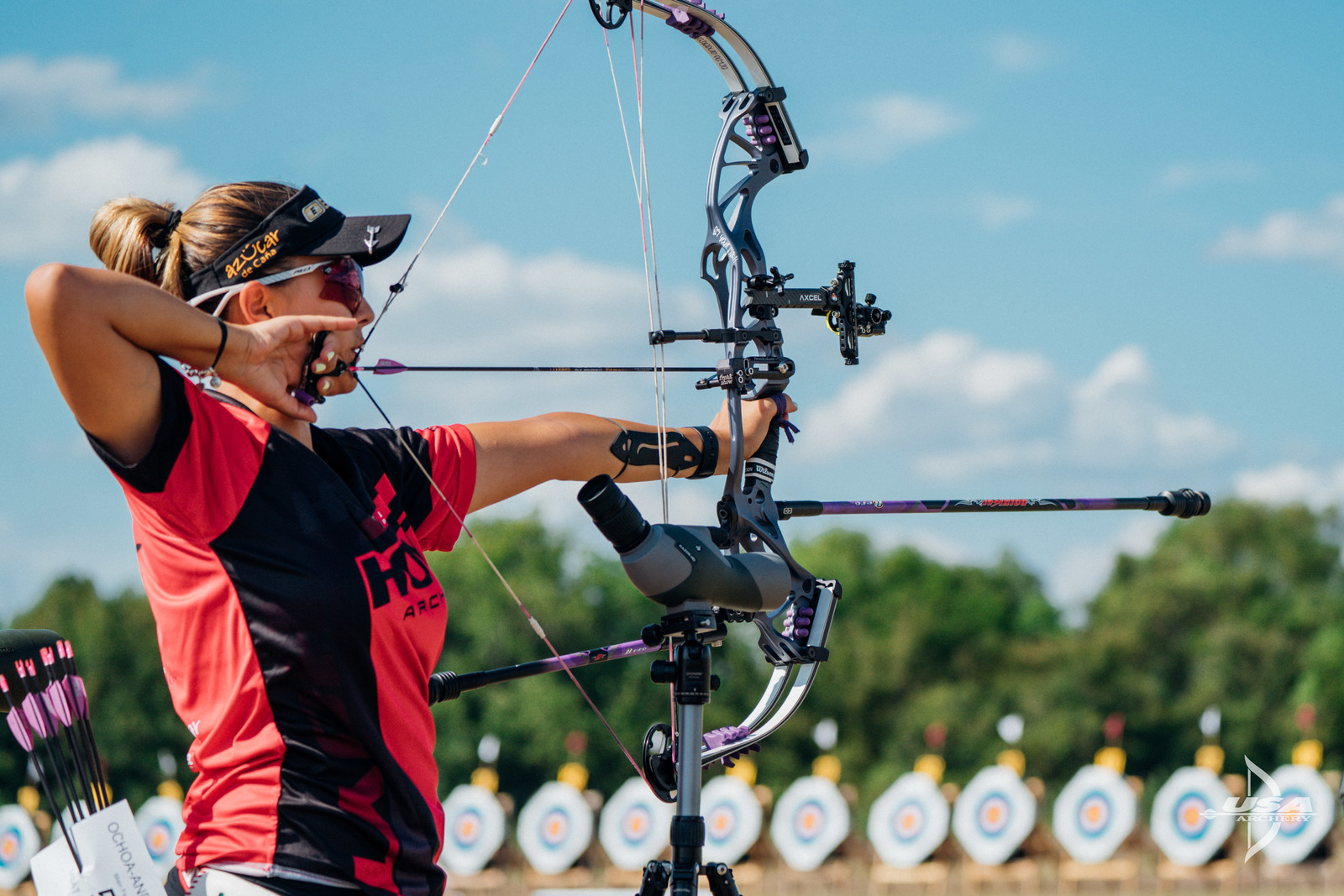 Stephan Hansen of Denmark beat out Braden Gellenthien for the top compound senior men’s spot with a 706 over Gellenthien’s 701. Linda Ochoa Anderson took the top seed for the compound women with a 688. “It was tough, it was really windy today but somehow I still felt good and I’m really happy with how I shot,” she shared. “It feels like this USAT was so late from the rest of our season so I haven’t been practicing as much, but I was confident that I was still going to do a good job, so I’m really happy with my shooting today.”

One of the tightest races for USAT points on the field is within the compound cadet men. A large and fiercely competitive division was topped today by Isaac Sullivan. With a three-way tie for first headed into the final end, it came down to ten count to determine Sullivan the top seed with a 687.

Sullivan, who made his cadet debut this year, has had a top three finish at every USAT this year. “The first half, there wasn’t as much wind but it picked up in the second half,” commented Sullivan on today’s competition. “I had a few rough arrows but I was able to reset and finish strong and took first. I’ve had a pretty good season, I’m happy with how my equipment shot this year, I’m having fun and looking forward to next year.”

The largest para division on the field is the compound open men. World Champion Ben Thompson ranked first with a 683: “Today was interesting, there were ups and downs, it was hot and windy, but this is it, I’m super excited to finish this long year of competition. It’s been a good year, a lot of fun with good tournaments and good people and I hope to do it again next year.”

National Champion Casey Kaufhold retains her domination of the senior women’s competition, outscoring the field by 10 points with a 653. Her lead in the Olympic Trials is substantial and she is looking forward to picking up more familiarity with this challenging wind in tomorrow’s head to head finals before the Trials continue on Monday and Tuesday. 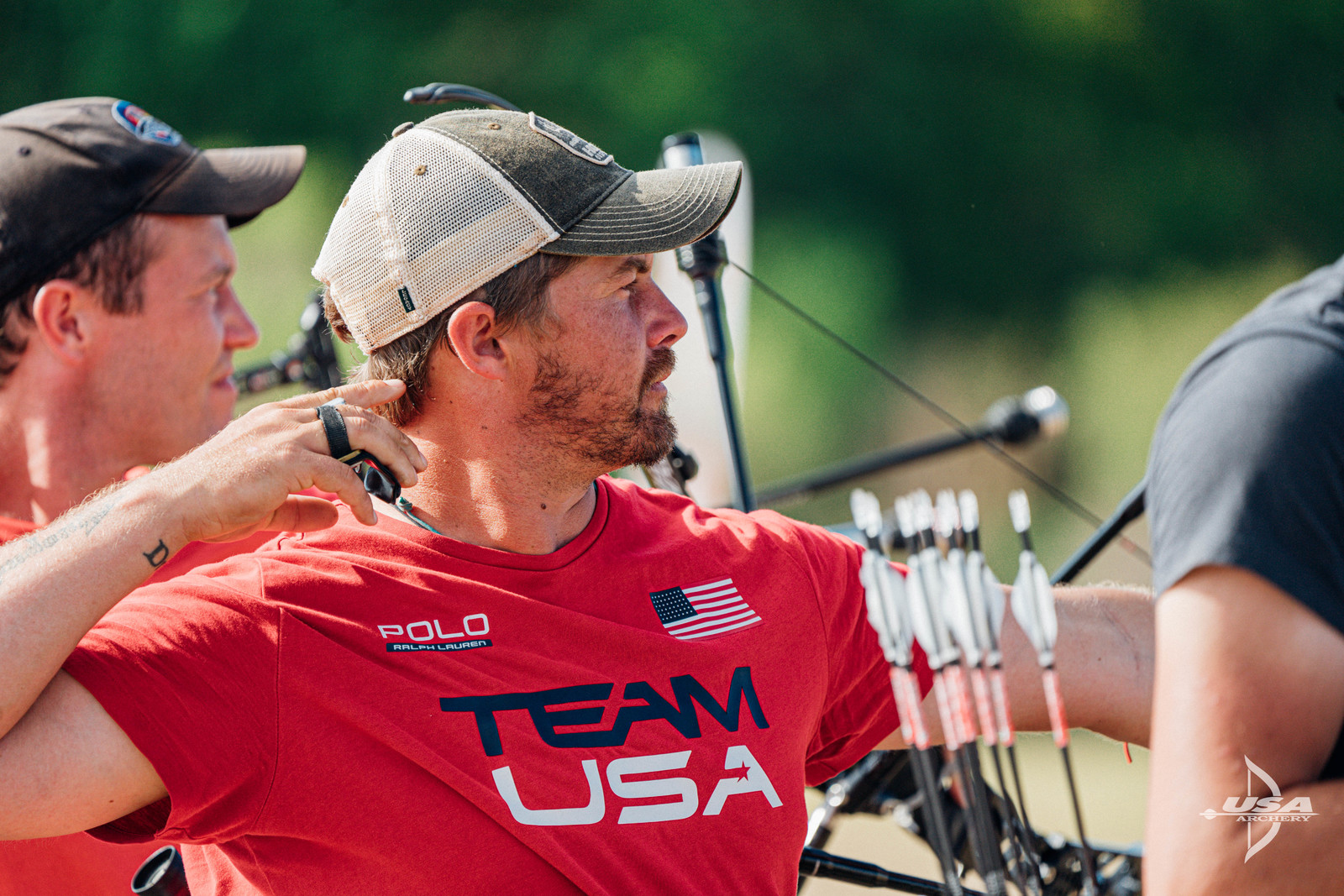 Brady Ellison came out of qualification with a 14-point lead over London 2012 teammate Jacob Wukie with a 677. “I’m super happy with how I shot, it was crazy windy but I feel super strong and I shot really good,” commented Ellison. “It was a fun day, every arrow was different. It was a good kind of wind, where your arrows were drifting a bunch, but with the way the field is, you can aim in it still, so you could really pick your spots, and make good shots still so you could shoot some really good groups, which made it a lot of fun. All in all, good day, good last tournament of the year.”

Competition resumes tomorrow with head to head elimination matches. Complete results from the competition are available here. Follow USA Archery on Facebook, Twitter, and Instagram for more from the event. Official photos are available on USA Archery’s photo site.