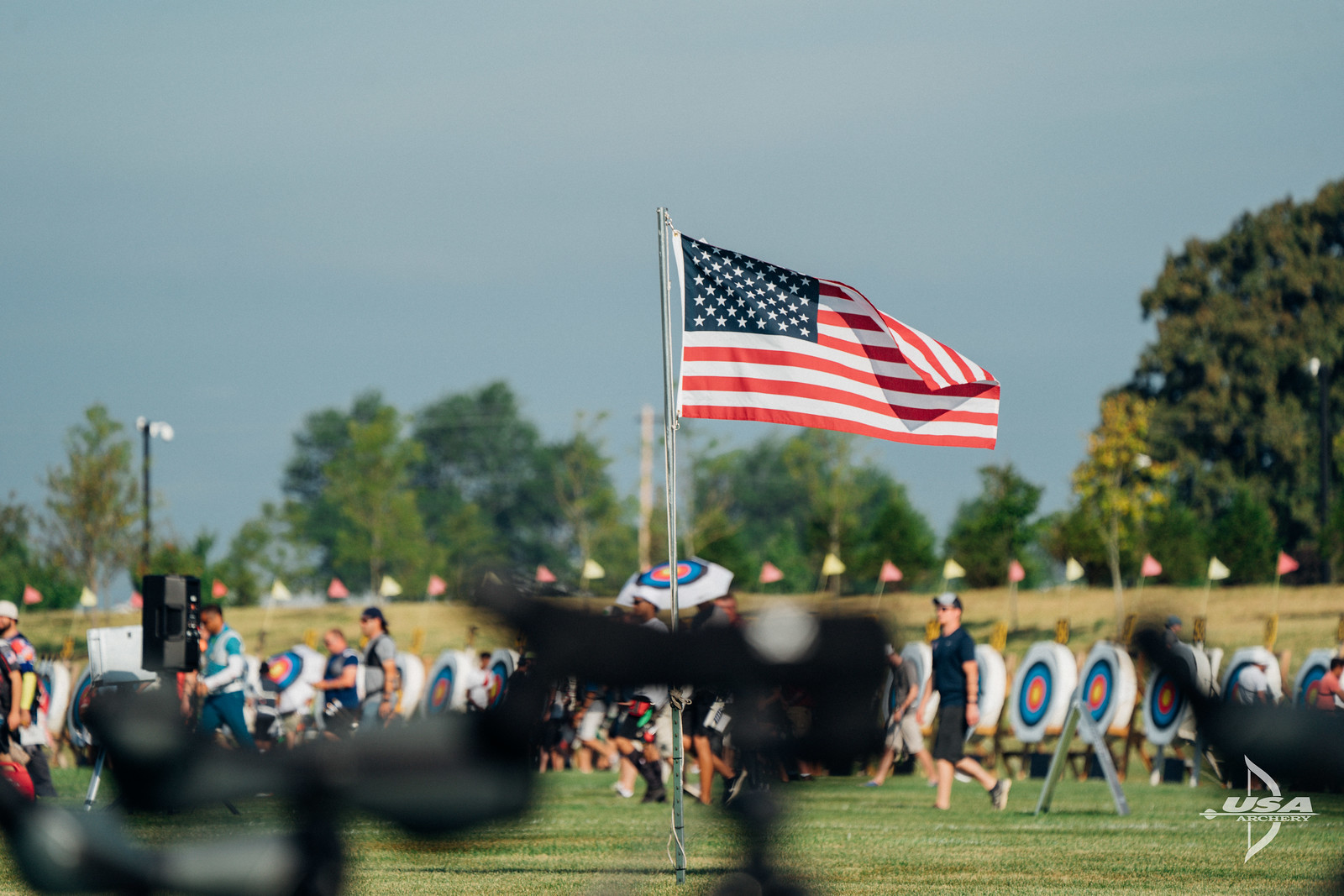 COLLEGE STATION, Texas – As the 2019 USA Archery National Events season draws to a close, the Texas Shootout, the fourth and final stop on the United States Archery Team (USAT) Qualifier Series, garners archers final points towards national ranking. This year has been stellar, with participation records shattered at every national event all season, in addition to many new state, national and world records as passion, commitment and drive for success grow across the country.

For cadets, juniors, masters and barebow archers, USAT rankings determine national teams; a tremendous accomplishment that reflects countless hours and arrows of practice, travel and competition. Beyond the prestige of making the USAT, archers earn the right to wear USA across their backs on a special team jersey, and are provided discounts and products from generous USA Archery Sponsors.

The National Ranking System (NRS) used for senior archers in the recurve and compound divisions names the top eight archers in each division to the senior USAT. In addition to those honors, the NRS is also used often to determine which archers will represent the United States in international competition, including the Archery World Cup circuit and other major events.

Where the top four archers are sent abroad to shoot for the USA, NRS rankings are paramount and the race for points is heating up with just one event left this season. After stops on the USAT Circuit in Arizona, Florida and California, and the 135th U.S. National Target Championships in Ohio, it all comes down to the Texas Shootout to determine critical placements. As a rolling ranking system, archers will be able to drop a low event result, and big changes can still occur.

For the compound men, World No. 1 Braden Gellenthien has a good hold on the top of the charts. After Matthew Sullivan, who is second, only 6 points separate the archers ranked third through sixth. 2018 World Cup Final Champion Kris Schaff is third, followed by Tate Morgan and World Champion James Lutz. Lutz and then Reo Wilde each have two events where they scored over 8 NRS points – if they can improve those results in Texas, it will be an incredibly tight lineup. After Steve Anderson and Shawnn Vincent there is a pretty steep gap that will be tough to overcome.

World No. 1 Alexis Ruiz also has a stronghold on the compound women’s NRS. World Field Champion and World Target silver medalist Paige Pearce is only one NRS point behind, and then new to the team, Linda Ochoa-Anderson will be a strong addition. Great friends and strong competitors, Sophia Strachan and Savannah Vanderwier are less than a half NRS point apart. Strachan made a strong showing on the World Cup circuit this year, while Vanderwier has also had several strong youth international appearances.

After Vanderwier, Lexi Keller and Jamie Van Natta are likely to make the USAT, while Cassidy Cox and Danielle Reynolds will be in a tight race for the eighth spot as they are only one NRS point apart with several close scores on the board so far.

World No. 1 and World Champion Brady Ellison remains untouchable on the recurve men’s NRS. His 2019 World teammates, World No. 12 Jack Williams and Tom Stanwood are holding on to second and third. Youth Olympic Champion Trenton Cowles is close to the 4th place mark behind Matt Requa, then Resident Athletes Alex Bourdage and Matthew Nofel are close in the NRS with 2016 Olympian Zach Garrett to lock up the last few spots.

Looking at the recurve women’s NRS, this has been 15 year old Casey Kaufhold’s season, with several records and some big podium finishes for the young star. Rio 2016 Olympian Mackenzie Brown is also right there at the top, followed by a safe margin before Eliana Claps and Erin Mickelberry, archers from Washington state who have both represented the U.S. on the world stage fill the next two spots. Five-time Olympian Khatuna Lorig is fifth, another almost 7 NRS points behind and then Alexandria Zuleta-Visser should also be a lock for the USAT. Crystal Gauvin, Amy Jung and Catalina GNoriega are all close for the final two spots and it will likely come down to Texas to determine the team.