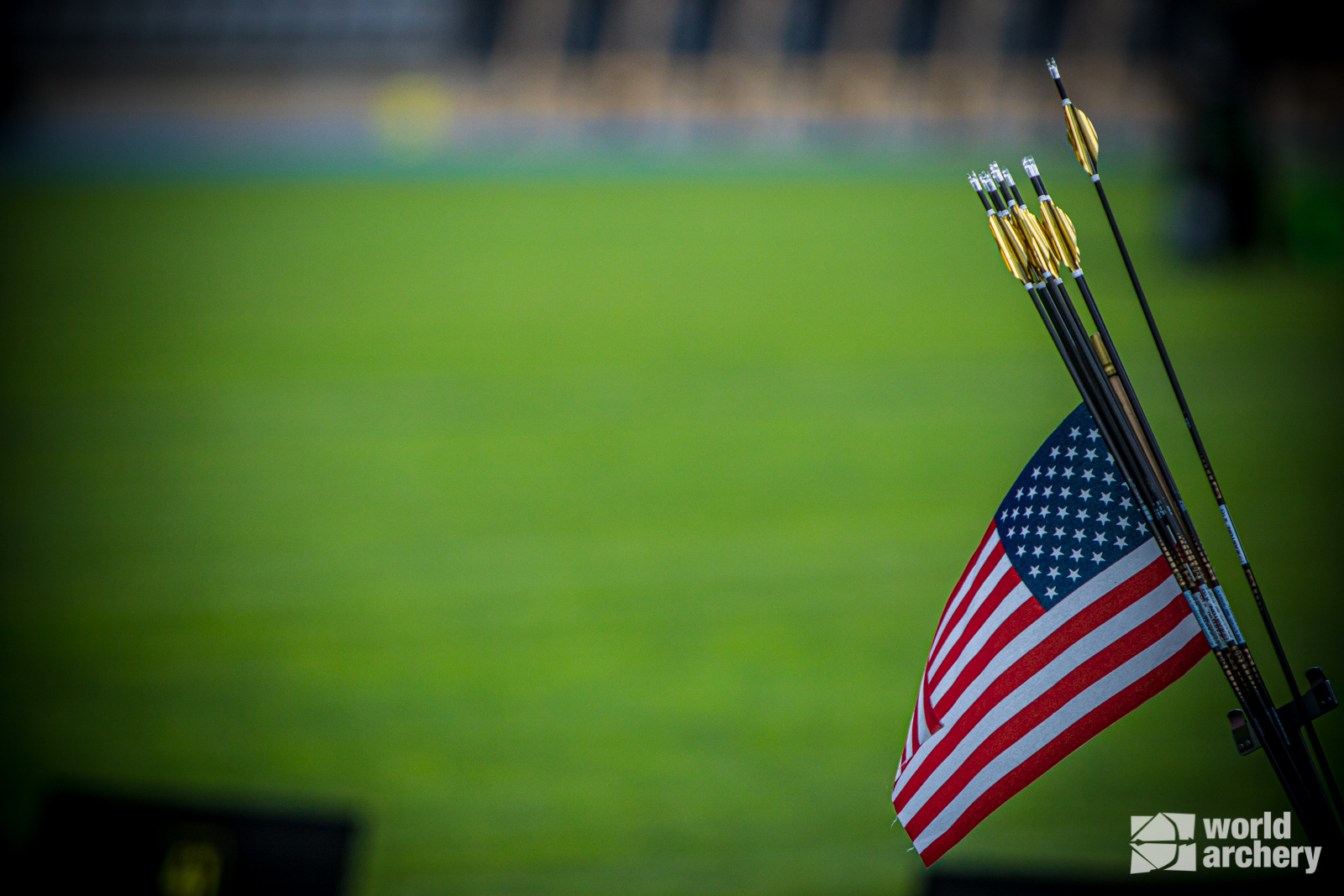 PARIS, France – After earning a full men’s and women’s team quota for the Tokyo 2020 Games this past weekend, the USA recurve squad came in hot and ready for the last stage of the Archery World Cup. With the 2021 circuit Final on home soil in Yankton, USA is looking strong for big podium finishes in this all-important season.

The recurve competition picked up before the compounds began, and USA qualified well yesterday, with top 10 rankings for Brady Ellison, who was third, Jack Williams, seventh, and Casey Kaufhold was seventh on the women’s field.

The USA Olympic men’s team ranked third, only two points out of second, and the women were eighth in a very tight field. Ellison and Kaufhold also seeded fourth for the mixed team event, which is scheduled to make its Olympic program debut later this summer. 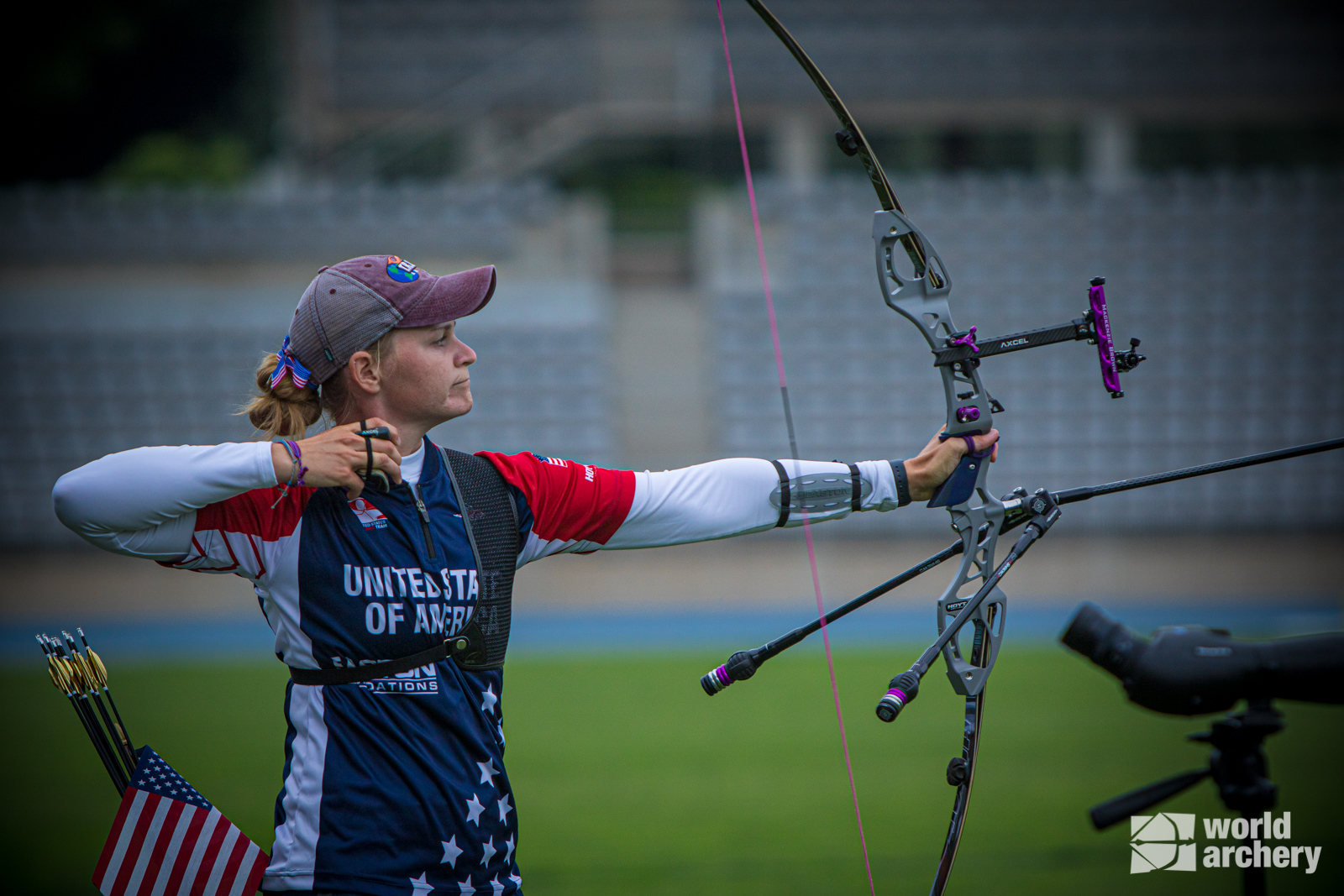 In today’s matchplay, Brown fought from a 16th place rank to upset top seed Alejandra Valencia of Mexico 6-4 in the 1/8th round and continuing to clear a 6-2 quarterfinal against Denmark’s Maja Jager. This marks Brown’s second Final Four appearance this season, after winning silver in Guatemala. It had been since 2015 that she had last topped the world cup podium individually.

“I think I am in the peak form of my career,” shared Brown. “My coaches and I agree that I’ve never shot as good as I am right now, which has to do with prep for the Games, a lot of support and having my personal life sort of squared away. Having support from my fiancé and plans of getting married is huge and makes a difference.”

Brown also shared that after her challenges in qualification yesterday, she was encouraged by teammate Ellison, who worked on form during USA Archery’s recent SoCal Showdown USAT event to great success, to consider spending today’s rounds focusing on her form: “Yesterday my shot didn’t feel good, it wasn’t smooth, and I think my scores showed that because my scores didn’t match how I performed at the Final Qualification Tournament [last week]. It wasn’t any one particular thing, but my main goal was to figure that out today and I knew if I did, I’d shoot well today. It’s a risk to work on form in tournaments, but it’s a calculated risk, and it needs to be something not completely brand new or a total reinvention of your shot, but it was the right call for me because I didn’t shoot like I wanted to yesterday.” Williams also had an incredible run this morning, winning a 1/8th round shoot off against India’s Atanu Das before smoking a 6-0 quarterfinal decision. While Williams has been ranked in the top 10 in the world, this is his first shot at an individual world cup stage podium.

Williams commented: “This is my first time in the semifinals for a World Cup, and today felt super good. All of the last week at the Final Qualification Tournament felt really good as a team and I kept that momentum going during this tournament. Now it is time for our team rounds and to get ready for Tokyo.”

More good news, Ellison, who has already punched his ticket to the Yankton Final with a win in Lausanne last month, is also through to the final four this weekend, in the opposite end of the bracket from Williams, so we could see an all-USA gold final! 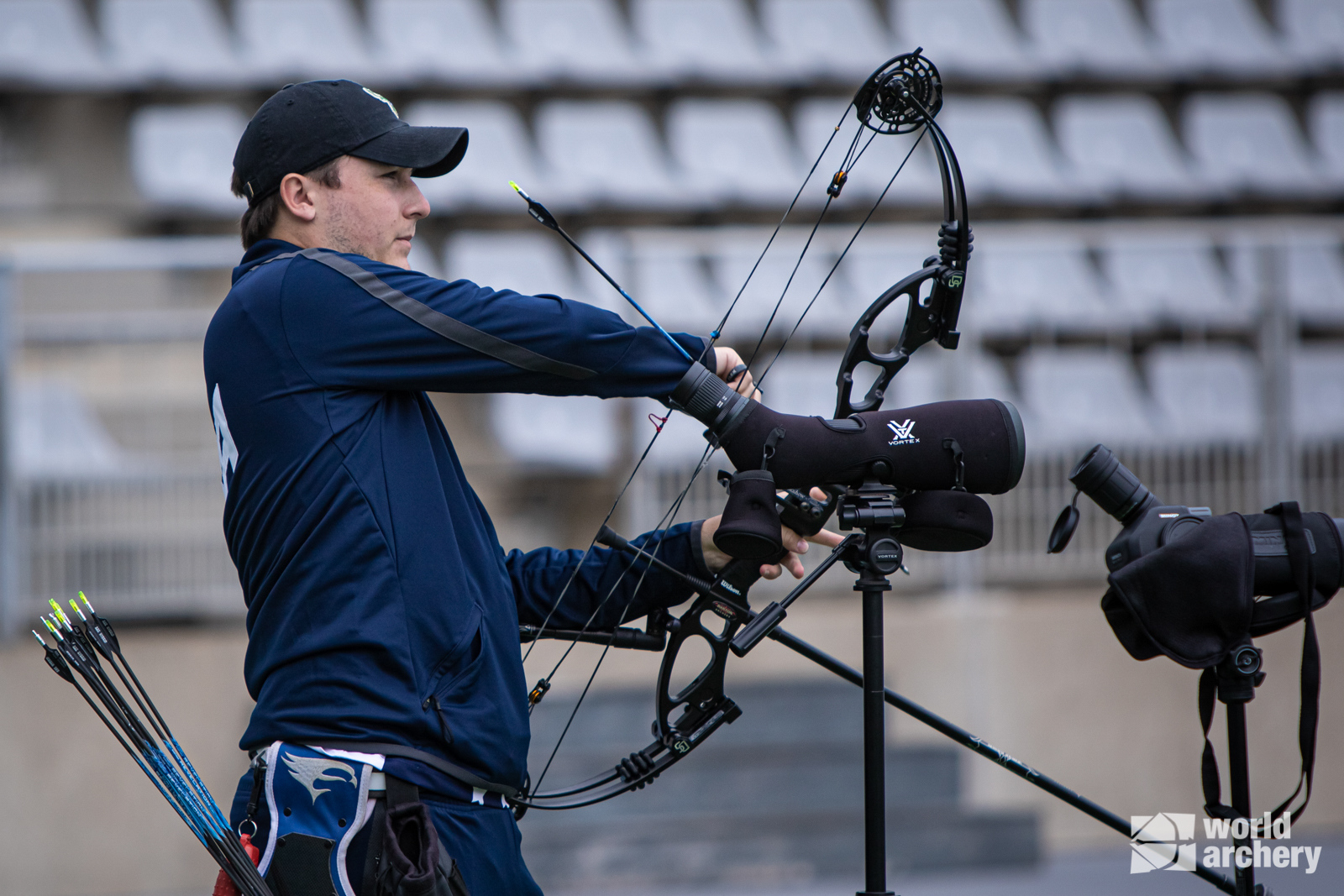 The compound archers qualified this morning and are also poised for big wins as the week continues. This summer also features the World Archery Championships in Yankton and USA’s three-man squad all finished in the top six today. James Lutz was second with a stout 713, while Kris Schaff and Braden Gellenthien both posted 709s to rank fifth and sixth. The team sits solidly in first and was only two points off their own world record. 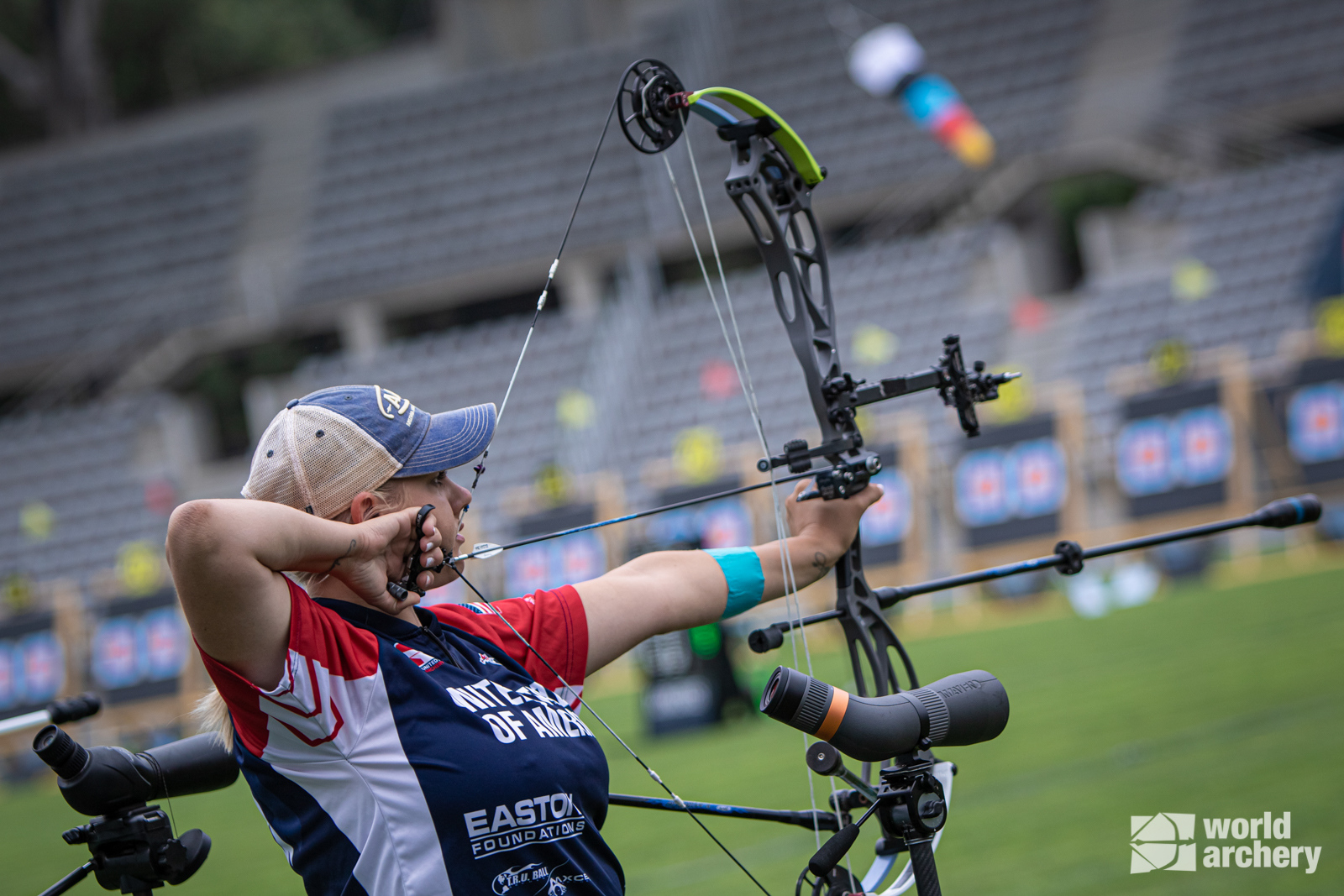 USA’s compound women’s world team also scored well today with Paige Pearce headlining with a 9th place seed, scoring a 697. Along with Linda Ochoa-Anderson and Alexis Ruiz, the trio is second in the team round qualification, finishing just one point behind Italy. Pearce and Lutz are also seeded second for the mixed team event.

Complete results from the competition are available at www.worldarchery.org. Competition continues tomorrow with individual compound matches through the quarterfinals, and the mixed team competition through the semifinals. This weekend’s finals will be available live at www.archery.tv or on the Olympic Channel.