Steve Vickers on The Masters Division: Never Too Late to Start Archery 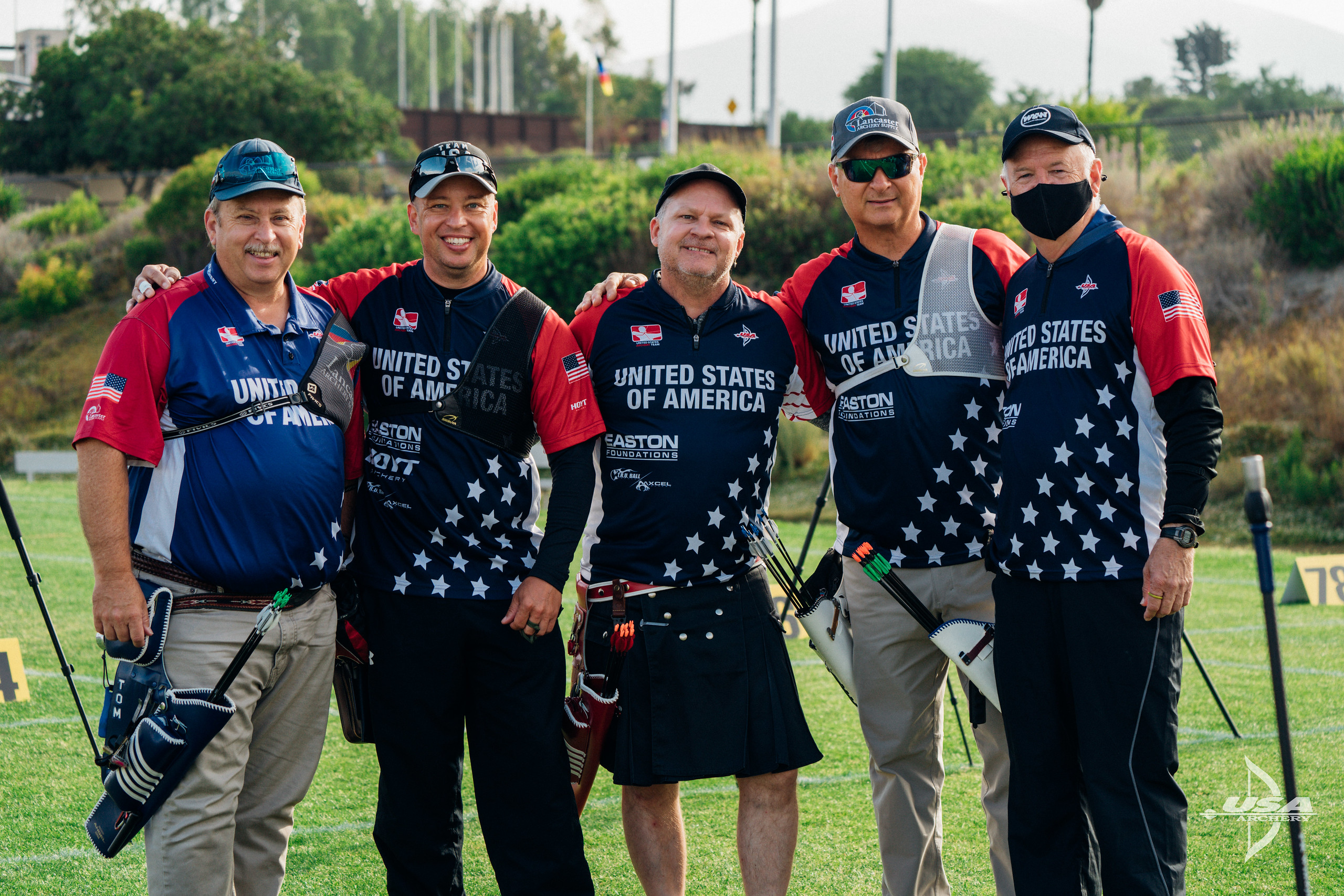 COLORADO SPRINGS, Colorado – USA Archery’s National Events offer competition for Masters archers, ages 50 and up. While the field is stacked with big names such as Olympians Glenn Meyers, Debra Ochs, and Tatyana Muntyan, it also welcomes new archers to the sport who never picked up a bow until later in life. No matter the age or past success of the archers, the camaraderie and joy among the Masters archers, sharing their passion both on the shooting line and in the tents between ends, is evident to all.

Steve Vickers, who first took up competitive archery in 2018 as a family activity, is currently the top ranked archer in the master recurve men’s division after just three short years of training. Vickers reached out to USA Archery to help highlight the caliber of competitors shooting national events and the opportunities available for a lifetime of fun in the sport.

“Would you believe that my start in competitive archery began as a family event?” asked Vickers. “During the summer of 2018, I thought it would be a great idea to do archery together as a family.  So, I reached out to a local club and signed us up. I thought to myself, ‘this is going to be great to have an activity that we all (my wife, son and I) can do together.’ We arrived at the club on a Saturday morning and received a great lesson from a prior Olympian Ruth Rowe, who placed 12th in the individual women’s event at the 1984 Summer Games…it was on that day in June of 2018 archery had claimed another enthusiast.”

“At first I thought I was too old to really be competitive but as I learned more, I was blown away by all the different styles of archery, and the different types of competitions that an individual could get involved in,” added Vickers. “What I find the most challenging about archery is that there are no right answers! Everyone is different and has their own nuances in how they shoot. While we all do the same basic thing, we all do it slightly differently, so it’s challenging to find the way that works best for you as an individual. I’m constantly refining my shot process and execution.”

Vickers finds the most enjoyable aspect of USA Archery events to be the community and family feeling among competitors: “If you are just starting out, more experienced folks will lend a helping hand.  At a tournament, we will toss out some friendly banter at a group dinner then get on the field the next morning and encourage each other to shoot strong and do the best we can.” 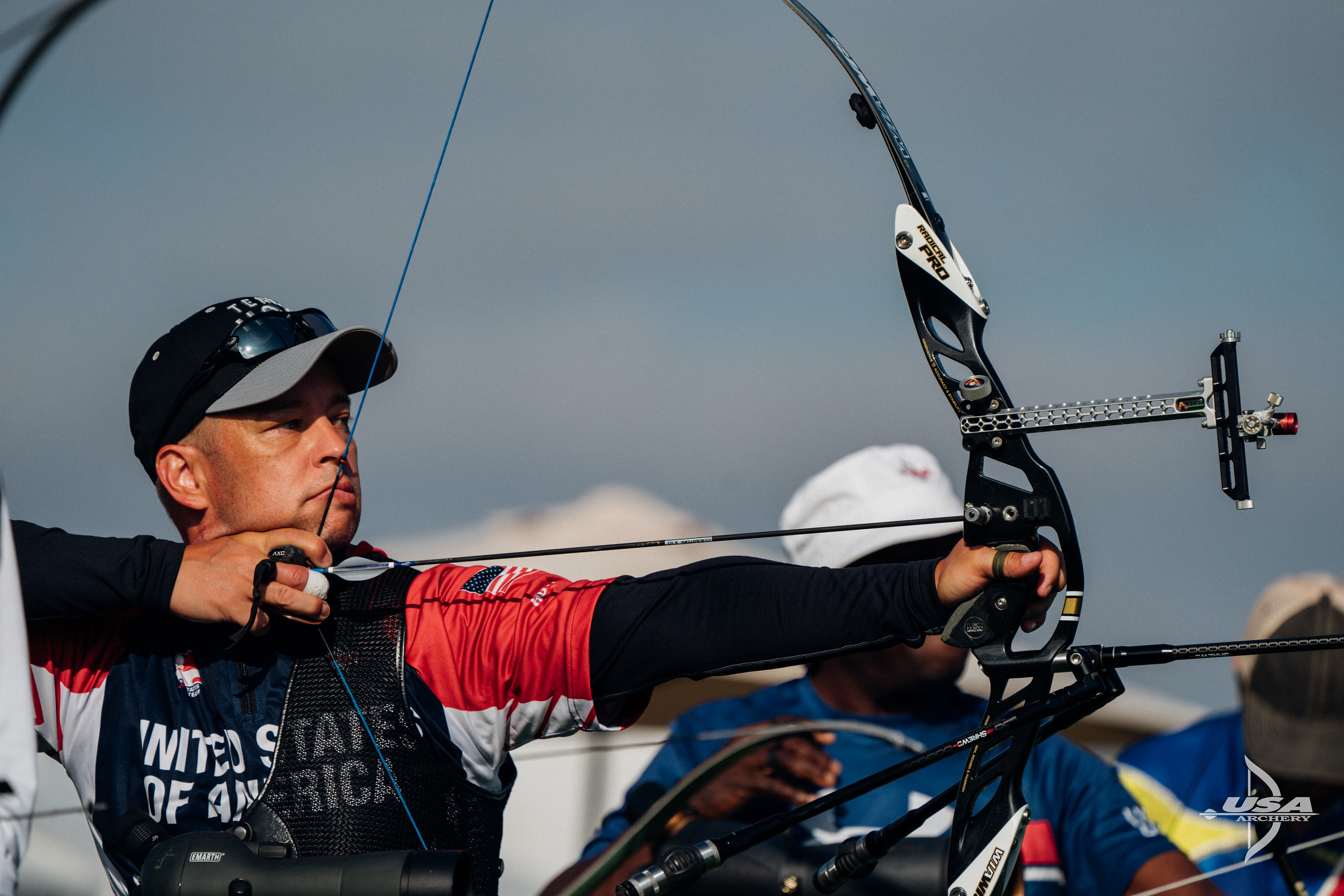 On competing in the Masters division, Vickers says they have the most fun! “The Masters division is comprised of people who have such varying backgrounds and experience in not only archery but also in life. This makes them great people to spend time with, on the field and off,” shared Vickers. “I am truly humbled to be in the presence of so many great archers and it feels absolutely amazing to be able to rise to the top of the pack. I am still relatively new to the sport compared to so many others who have been shooting for 10, 20 or more years! They’ve generously shared so much knowledge with me, everything from bow tuning to keeping up a positive attitude, especially when things aren’t going the way I’d like.  So, to find myself being on top is a testament to my determination combined with proper coaching and practice. Nobody gets to the top without putting in the hard work.”

Vickers competes at local events whenever he can but his focus is on USAT events and competing at the highest level he can to see what he can achieve in the sport. Next on the horizon is the 137th USA Archery Target Nationals and the U.S. Open in Richmond, Virginia later this week. Follow www.usarchery.org for more from the event. Learn how to get started in archer as an adult.