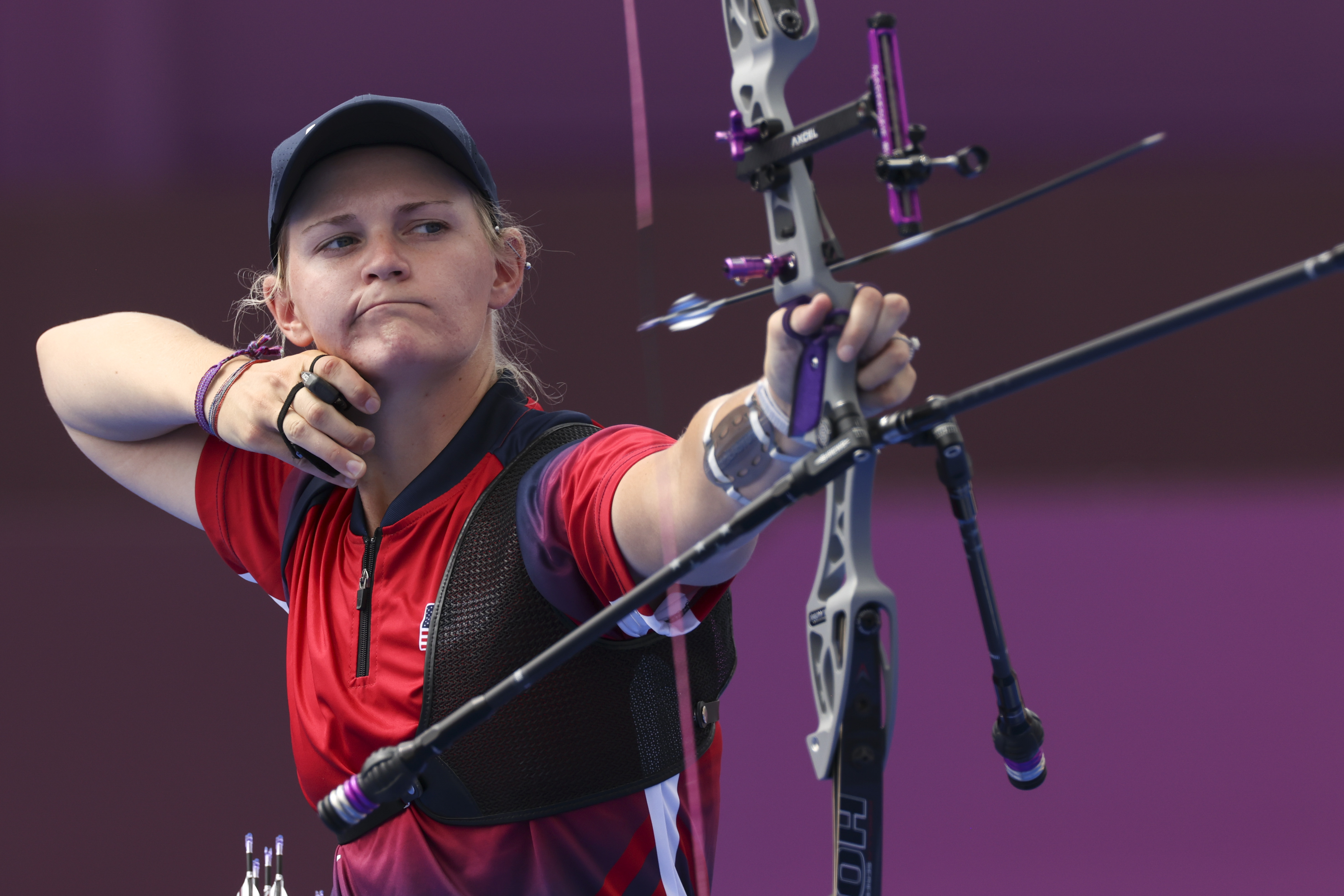 TOKYO, Japan – Brown was the sole U.S. woman to represent Team USA at the Rio 2016 Olympics and she spent every day of the past 5 years working to get back to the Games for another shot; never taking her eye off the gold.

Brown was so solid in qualification, ranking 5th in an incredibly tight field and leading the women’s team to a 3rd place seed and the mixed team to 2nd. In the finals arena for team events, Brown was strong and consistent, but faced heartbreaking losses alongside her teammates. She remained positive, knowing she was doing what she needed to do out there and confident she could keep it up on her own for individual match play.

She dropped just the first set in the preliminary match day and never looked back, cleaning 6-2 and 6-0 wins to make it to the top 16. Fast forward to finals day today and she continued to utterly dominate, splitting two sets with Chinese Taipei’s Chia-En Lin but winning the first and last with solid 28s for a 6-2 win. 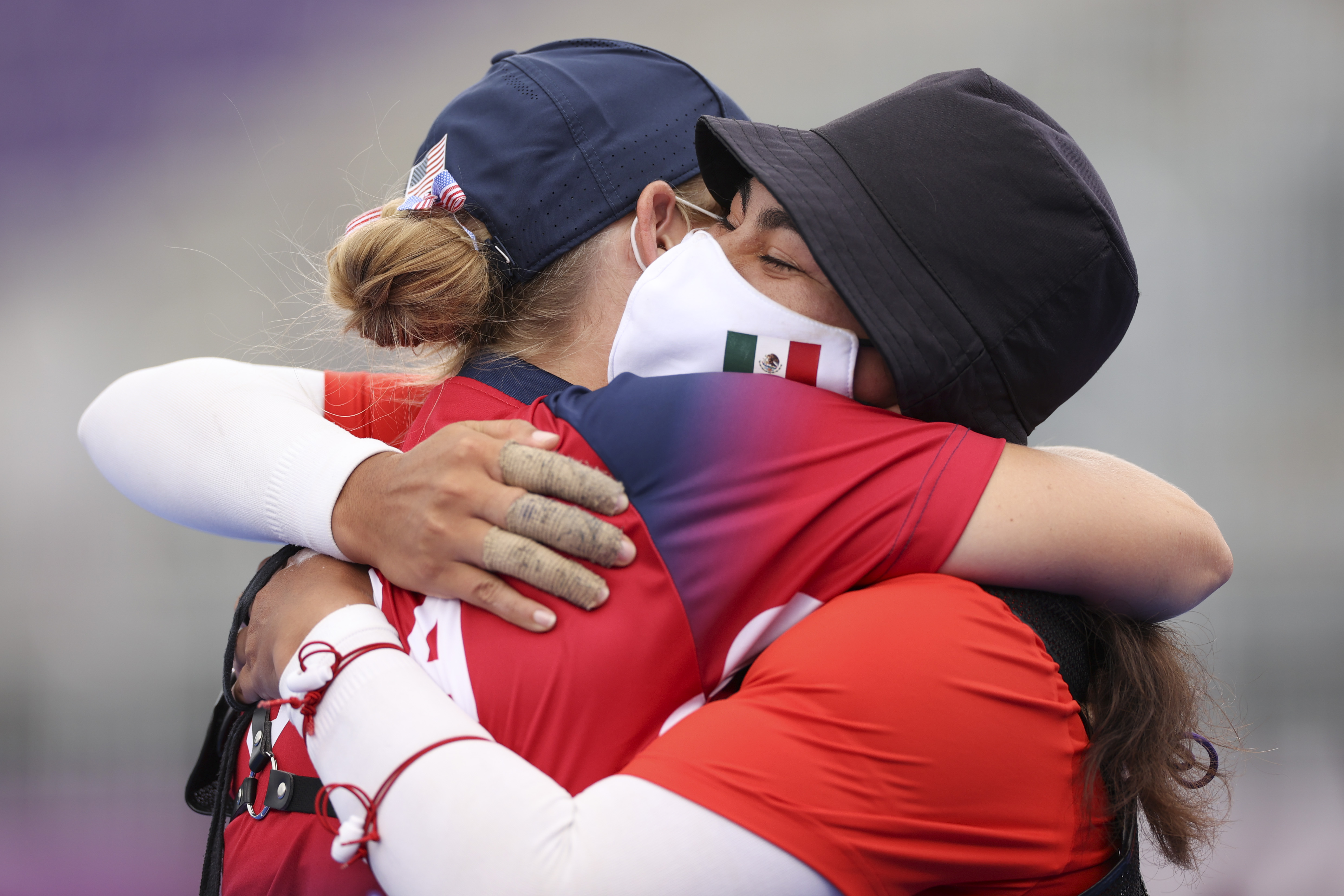 The quarterfinals opened with a loud crack of thunder through the stadium, and Brown threw the lightning. It was a glorious battle against Mexico’s Olympic Champion Alejandra Valencia, ending in a shoot off. Both archers scored 10s, but Brown’s was closer to the center and she took the win.

Brown’s semifinal with Korea’s An San could easily have been the gold medal match, and will go down in history as one of the best shot, most exciting matches in Olympic women’s archery of all time. Brown took the first set by a point with a 29, San responded with two perfect 30s while Brown posted 28s. Then Brown responded with a 30 of her own to San’s 27. At the final arrow, Brown needed a 10 to win, but she loosed a 9 that was out by just one millimeter. Brown drilled a good 9, but San took the shoot off win with an X before going on to win gold. Brown absolutely left nothing on the table; it was one of those matches where she did not lose, she simply got beat.

“I’m very proud of what I did today,” commented Brown. “My quarterfinal match was good, I stayed in it the whole time and same with my semifinal match, I was within such a hair’s width away from winning. I never lost focus on any sets and don’t think I gave up at any point. I made good shots. I don’t know if I read the wind wrong or what; I honestly think I made the best decisions I could and stayed focused on the same things I’d been focused on all day.”

The archery competition in Tokyo wraps tomorrow with the men’s finals where Team USA’s Brady Ellison and Jacob Wukie will shoot head to head in the 1/8th round. Follow Team USA via live scores, and tune in for video streaming and broadcast. Photos by Getty Images.