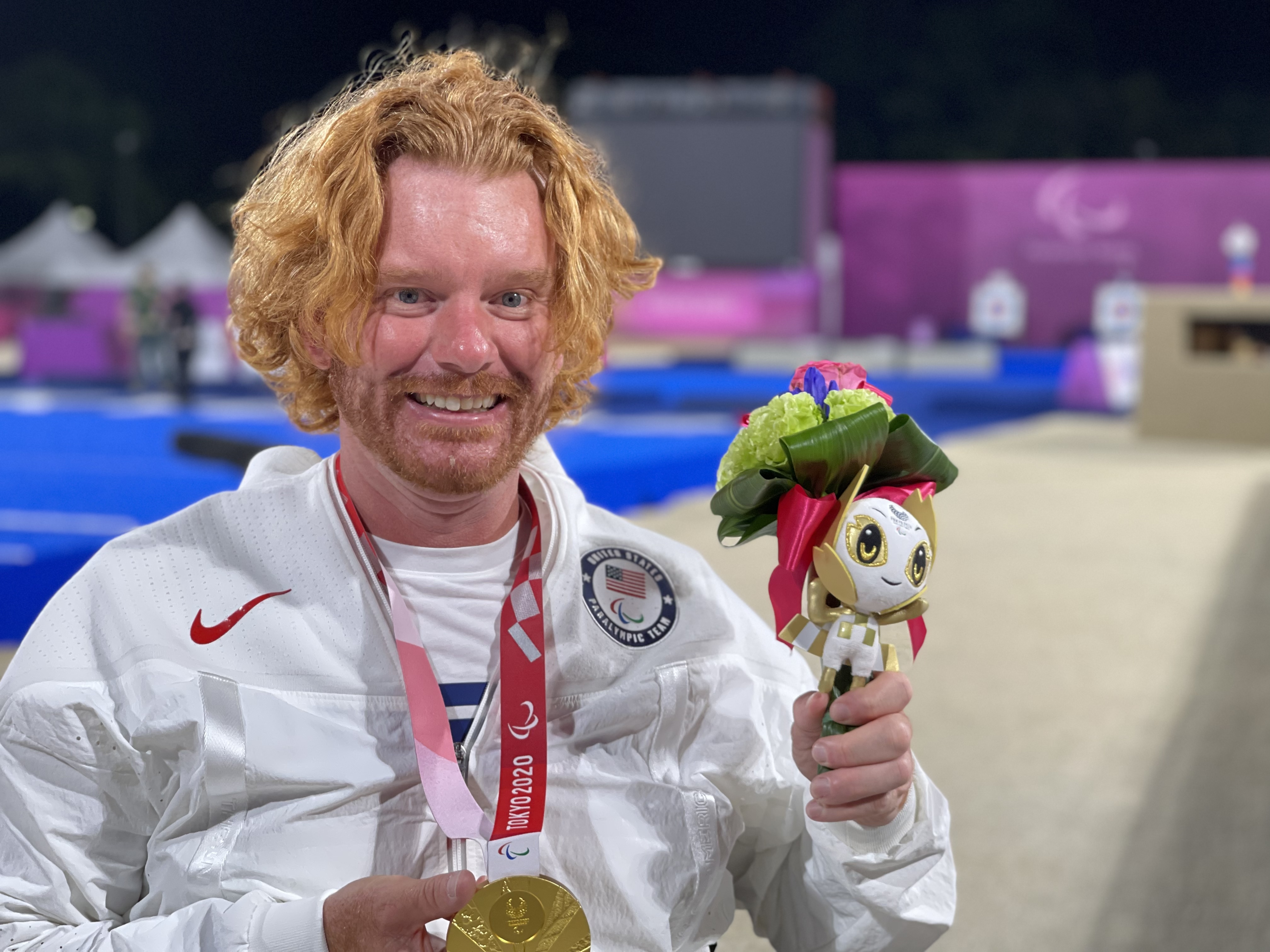 TOKYO, Japan – In his Paralympic debut, the Santa Clarita Valley native Kevin Mather won the Paralympic Champion title he’s been manifesting for himself for years.

A lifelong athlete who played football in high school, Mather became a wheelchair user after he was hit by a truck while training for a triathlon and was paralyzed from the waist down. Adaptive sports became a critical part of his recovery, he won the 2012 L.A. Marathon in the wheelchair division, competed at the national level in para alpine skiing and eventually found para archery on a whim.

His first archery event was the 2017 World Archery Para Championships – U.S. Team Trials, where was named to Team USA and won silver in the team event at the Beijing tournament. From there, Mather began his quest for Paralympic gold. In one tournament, he broke five world records! Despite undergoing further surgery that set him back on his path, he never gave up. 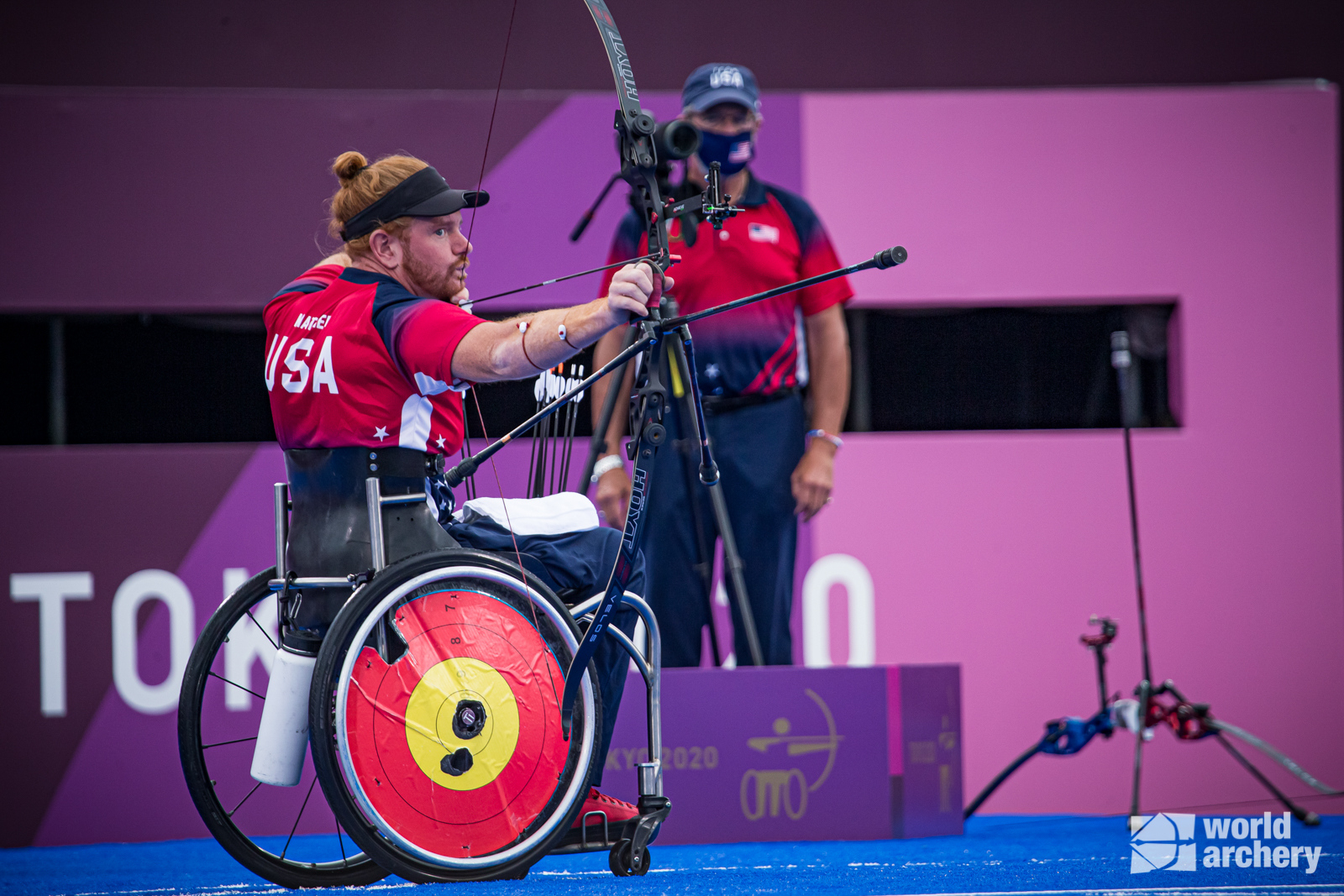 In Tokyo, Mather qualified 17th, and after a strong 7-3 preliminary match win, he faced the top seed, Rahimi of India. Mather was up 4-0, Rahimi fought back for a 4-4 draw, they split the next set and it went to a shoot off. Mather shot first and could hardly have dreamt up a more perfect X under that pressure – he took the win and went on to the quarterfinals against Turkey’s Savas.

Mather easily pulled ahead as he kept every single arrow golden for three straight sets to lead 5-1. Savas then fronted two 9s to Mather’s two 8s before dropping an 8 of his own. Mather needed a 10 to win and he got it.

In Mather’s semifinal against India’s Singh, the rain began to fall, but he was already sighted in and fighting hard. Mather opened up 28-25, then split the next two sets with Singh and finally Singh brought the match level at 4-4. Mather fired off a 10 and set the pace – he sealed his victory with a final 26-24 set for the 6 to advance to the gold final. 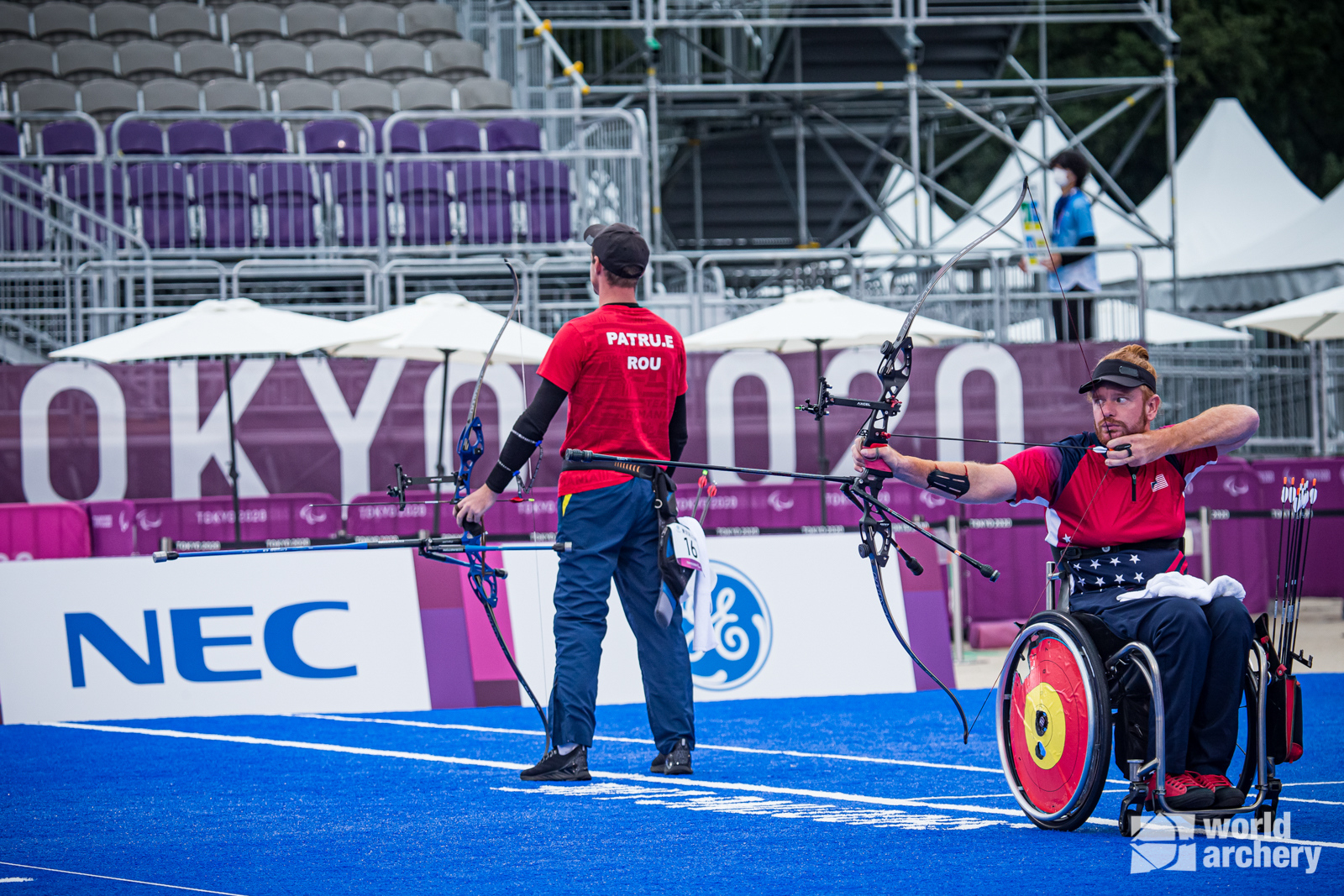 There he met China’s Lixue Zhao, who had knocked out USA’s 4-time Paralympian Eric Bennett in the 1/8th round in a heartbreakingly close match. With the pressure and stakes so high, Mather built yet another quick 4-0 lead, but Zhao fought back to a 5-3 score. Both drew 28s to end the match, but it was enough for Mather to garner his 6th set point and the champion title.

“I’ve got so much to do for the people that have supported me back home, there are so many people between friends, family, friends in the archery community,” Mather exuded gracious gratitude after collecting his awards. “The archery community is so amazing and tight knit. It makes me really happy to be able to not only do this for myself, but to give them something back that we did it, we accomplished the task.”

Mather added: “ I’m looking forward to coming back to the first shop I shot at with my gold medal around my neck and going like: ‘hey guys, remember when I was that dweeby guy who couldn’t barely keep it on the paper at 18 meters?’”

Competition concludes tomorrow as Eric Bennett returns to the stage with Emma Rose Ravish, who finished 17thindividually in her Paralympic debut this week, for the mixed team event. Matches will be available for live stream in the U.S. on NBC. Results from the competition can be found at Olympics.com. Photos via World Archery.