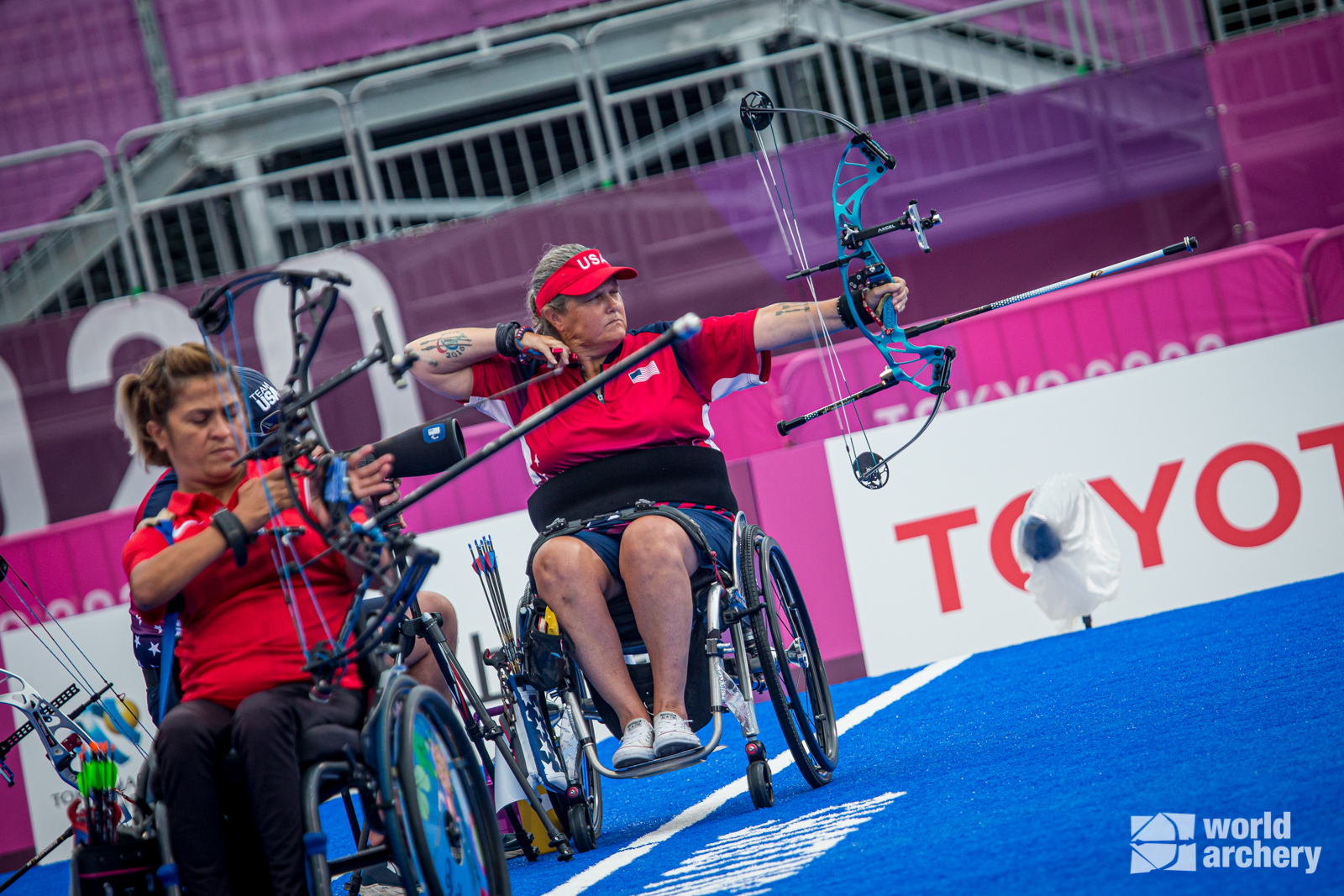 TOKYO, Japan – The W1 and compound open finals of the Tokyo 2020 Paralympic Games are in the books and Team USA Archery is bringing home three top ten finishes with the recurve open competition still to come.

Headlining these events, Lia Coryell has battled for her life to make it to these Games, and then battled just as hard through tough matches to make it to the finals. Coryell led for much of qualification before finishing the ranking round 5th. 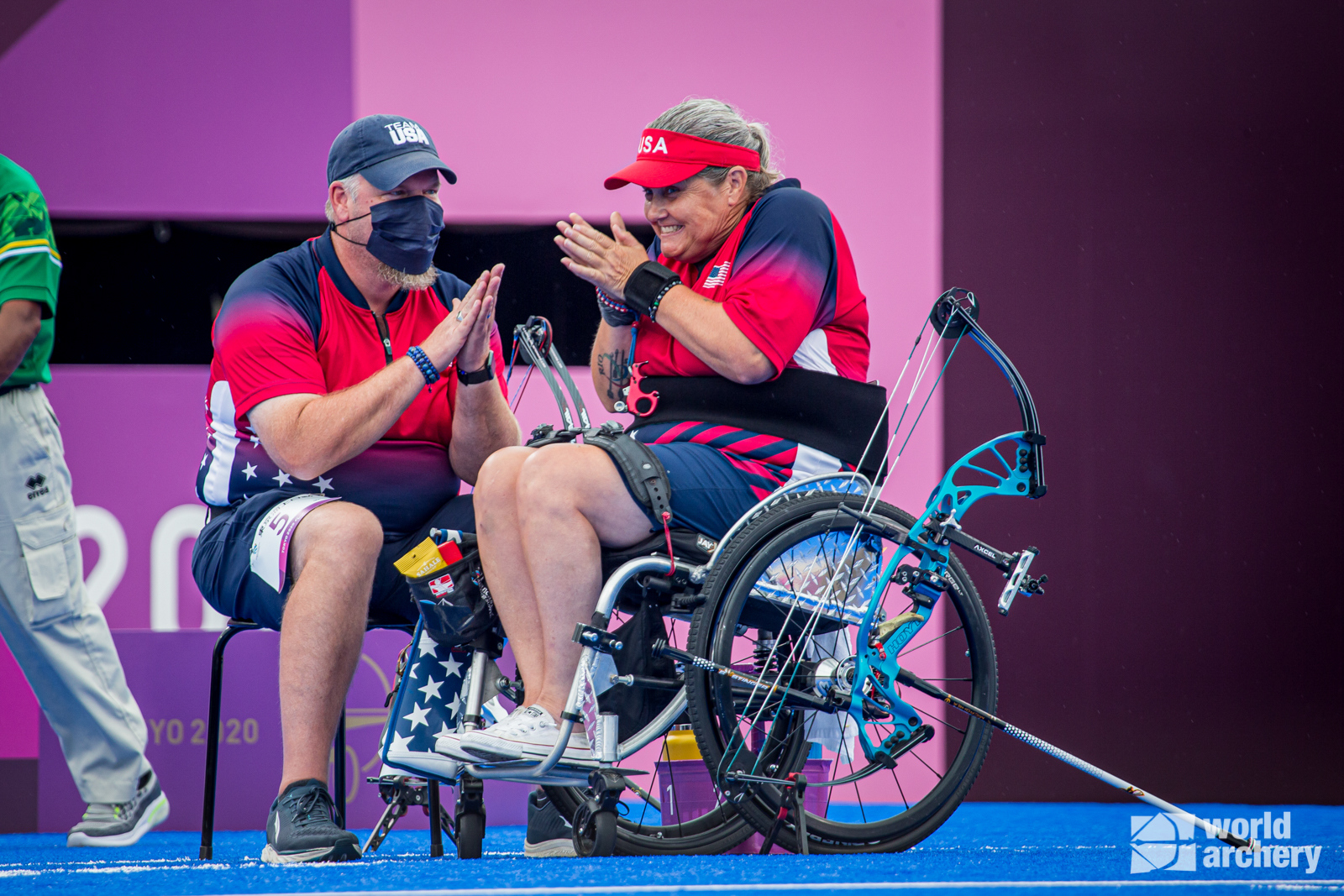 In the round of 16, she slowly built a lead and then ran away with the match 126-115 over Turkey’s Danabas. In the quarterfinals, she upset Korea’s Kim in a much closer match, 127-125. Coryell was consistent in her scores, posting a 126 in the semifinal against top seed Chen of China, but it wasn’t enough against Chen’s 137. In the bronze final, Great Britain’s Rumary came out with a strong lead and Lia responded in the second end, bringing the score to 51-52 but Rumary picked up pace for a 131-123 win.

In the compound men open events, both reigning Paralympic Champion Andre Shelby and London 2012 silver medalist Matt Stutzman had high hopes of a return to the podium. After qualifying 25th and 12th respectively, a long climb stood between them and their goals. 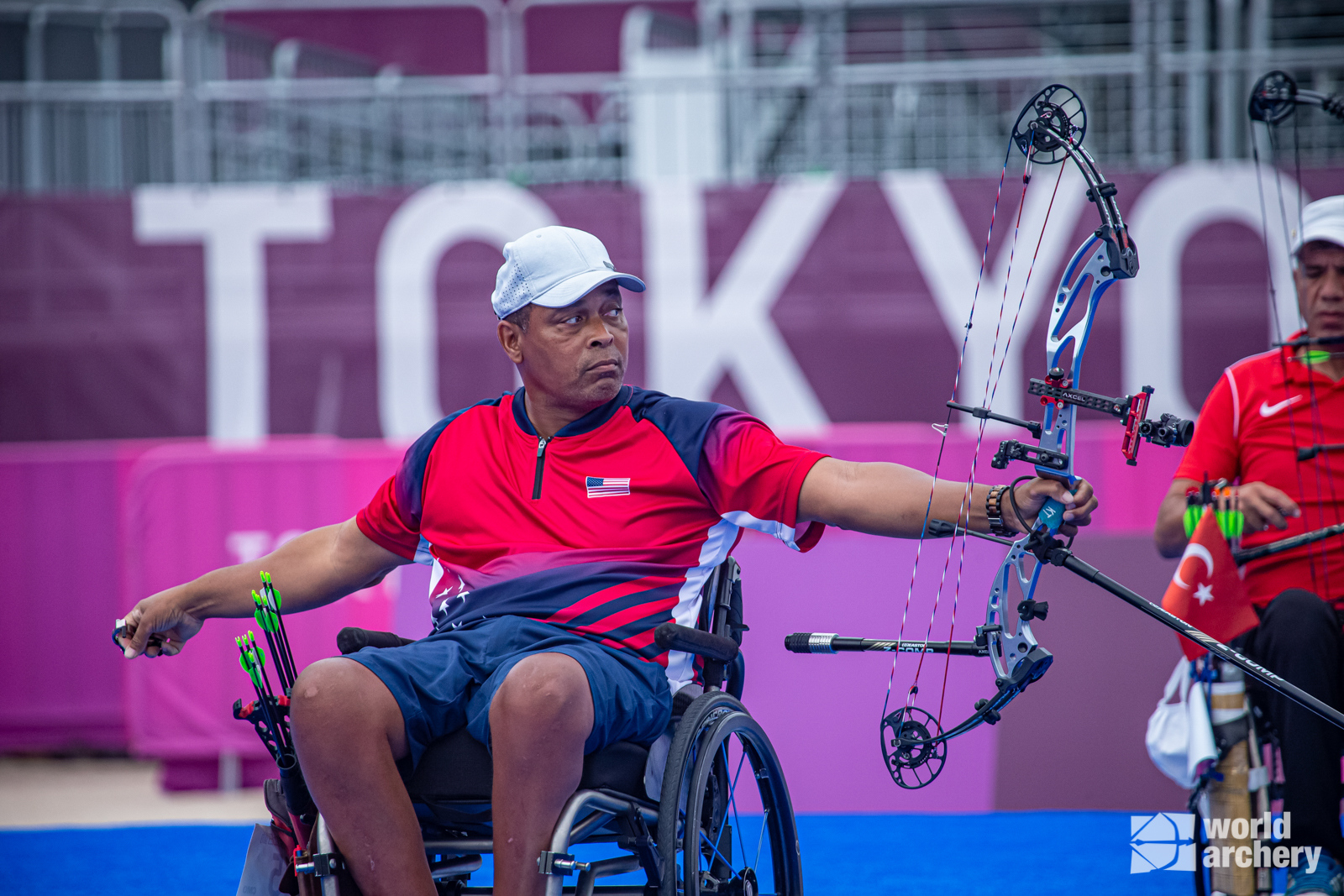 Kevin Polish Jr., in his second Paralympic appearance, finished 17th in a first round upset 145-143 to Finland’s Forsberg.

Competition resumes tomorrow with the recurve women open competition. Matches will be available for live stream in the U.S. on NBC. Results from the competition can be found at Olympics.com. Photos via World Archery.