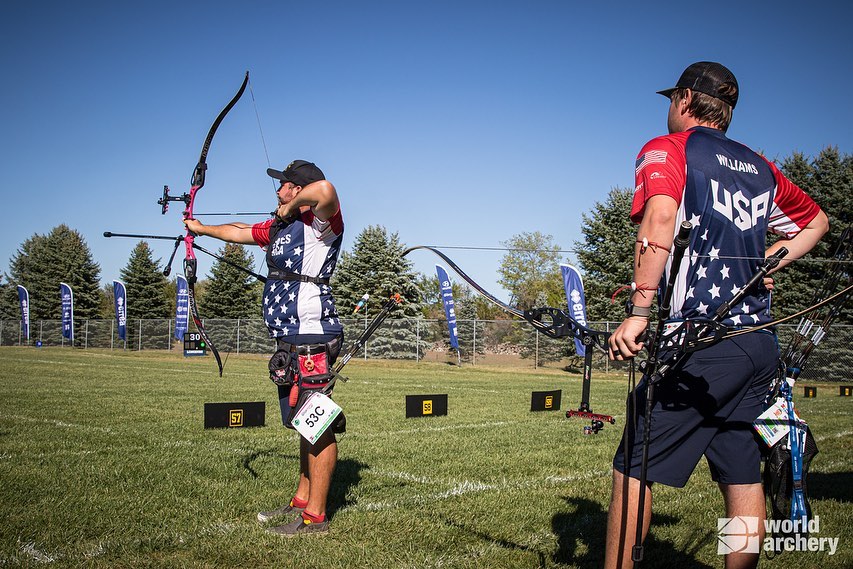 YANKTON, South Dakota – Shooting for world titles on home soil is a huge honor, and an opportunity that both USA’s recurve and compound men’s teams have earned. The 2021 World Archery Championships saw a strong start for Team USA in a tough and windy qualification yesterday and team eliminations through the semifinals in all categories today.

Team USA’s recurve men, world champion and world no. 1 Brady Ellison, Olympian Jack Williams and Matt Nofel forged a strong trio set on redemption following a challenging Olympic performance for the nation. They breezed through a 6-0 win over Mexico in three straight sets of 56. In the quarterfinals, the team went from a 4-0 lead to a tie but came back with a perfect 30 on the shoot off to advance to the semifinals where they met Japan. In another very solid performance, they scored 55, 56, 56, 56, going back and forth in a very tight, full four-set match. With the closest arrow in the shoot off, they sealed their chance to shoot against Korea for gold. 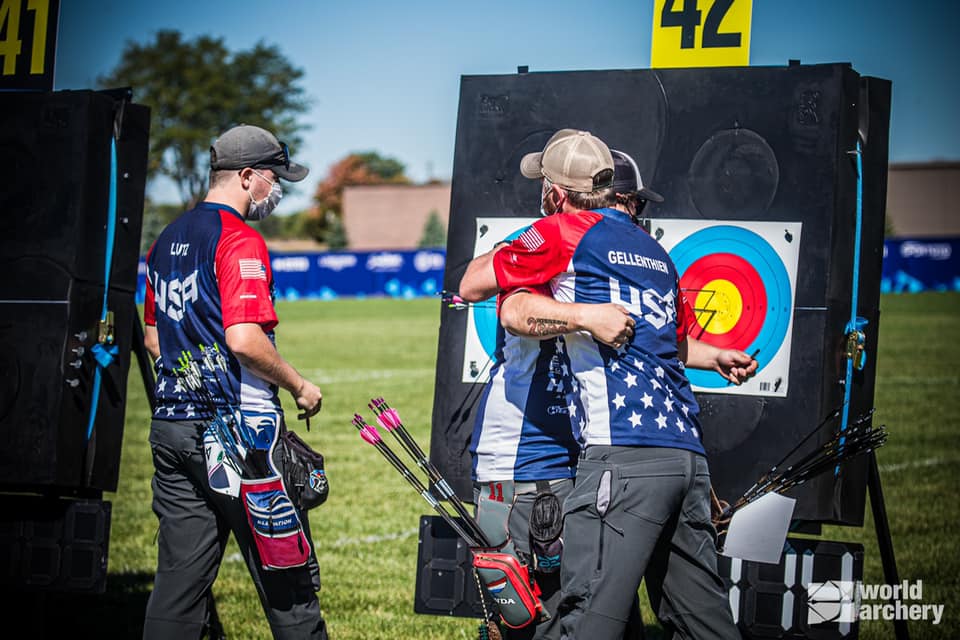 Reigning world champion James Lutz led teammates Braden Gellenthien and Kris Schaff through a more tumultuous ranking round that saw the team qualify 9th. Today, all three were on fire, coming out with ends of 59, 60 and 60 to start the day against Saudi Arabia. They upset Colombia 235-231 in the round of 16 and then faced Guatemala, who had just upset top seed Turkey in a shoot off. With a third straight 235 match score, they took the win by two points. Shooting with Austria in the semifinals, the U.S. opened down 4 points but quickly regained footing and clinched the win 232-231 to shoot against 15th seed Mexico for gold in the team finals. 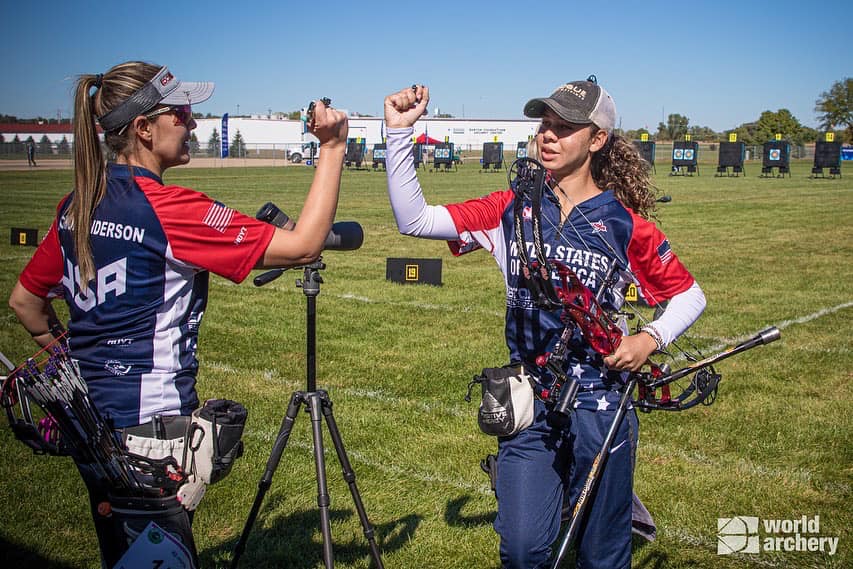 Team USA’s compound women’s team is also primed for the podium coming in hot with a 236-224 first-round win over Germany with the highest women’s team score of the whole day. From there, Paige Pearce, Linda Ochoa-Anderson and Makenna Proctor defeated Estonia 223-223 before facing India in the semifinals. They built a lead and were up 2 headed into the final end, but India pulled ahead to win 226-225. USA will shoot against France for bronze.

The recurve women’s team of Olympians Casey Kaufhold and Jennifer Mucino-Fernandez, along with Gabrielle Sasai, qualified 6th with a bye into the round of 16. They opened with a set win, but quickly went out 6-2 in a tough upset. The USA mixed teams of Ellison and Kaufhold, and Lutz and Pearce also were upset in the round of 16.

Team finals will be broadcast live on Friday (learn how to watch) after preliminary individual matches narrow the field to the top 8 in each division. Complete results from the competition are available at www.worldarchery.org.