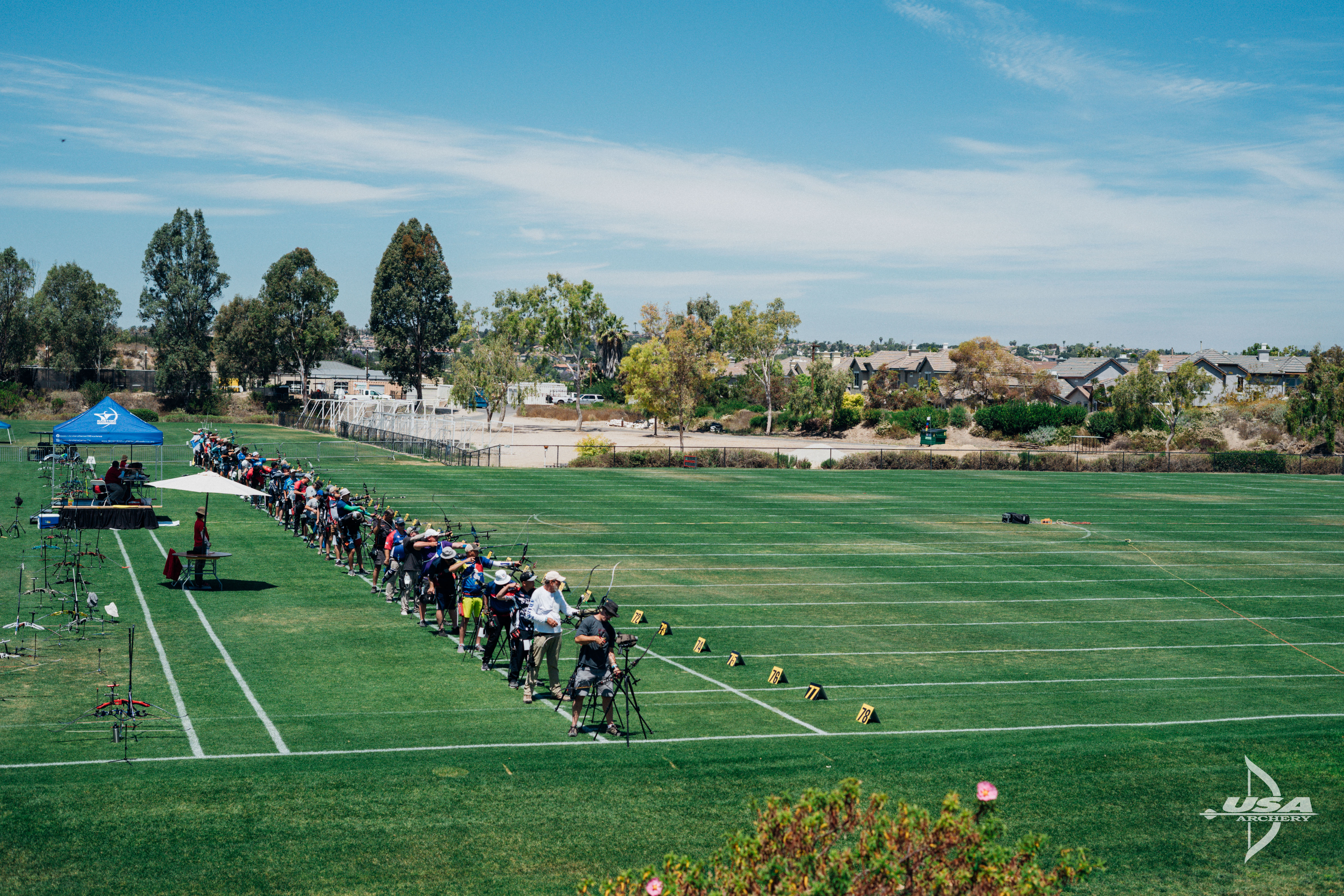 CHULA VISTA, California – The seniors and masters began scoring at the SoCal Showdown this morning with 72 arrows of qualification.

For the compound men and women, the top archers were tied; James Lutz and Shawnn Vincent both scored 705s, and Paige Pearce and Alexis Ruiz posted 697s, with Lutz and Pearce taking the poles on tie breaker values.

“It was a weird and tricky wind,” commented World Champion Lutz. “It felt like sometimes it wouldn’t move the arrow and sometimes it would move it more than I’d expect. But I kept my head down, shot strong, I shot two 8s, which were close, but it was just kind of a mess out there. At least everyone was going through the same thing. Otherwise it was a fun day though.” 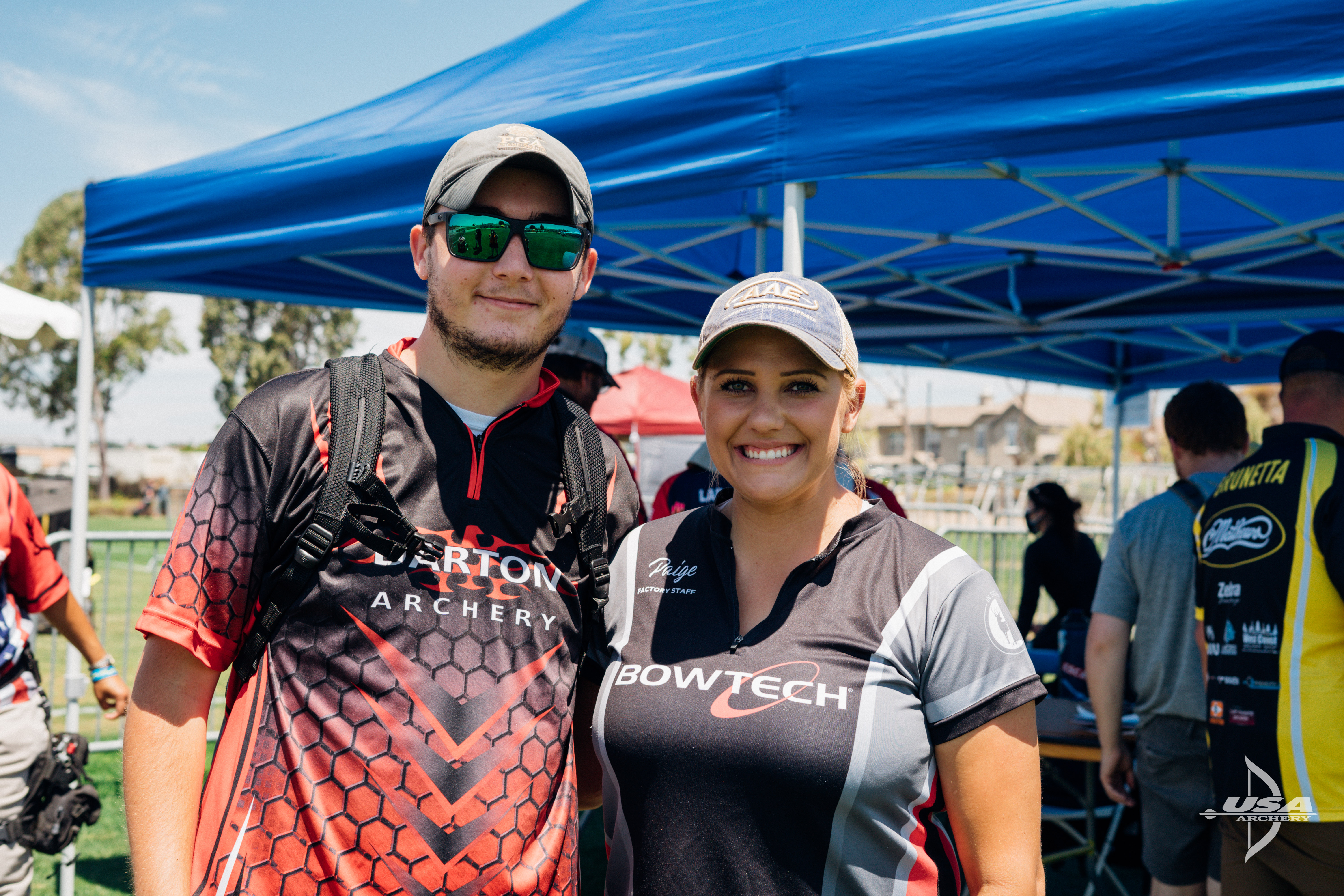 Behind Lutz and Vincent, Angus Moss, Dacota Taylor and Braden Gellenthien scored 704s, and all archers in the top 8 broke 700. Linda Ochoa Anderson was just two points behind Ruiz and Pearce, with 7 women breaking 680 in today’s challenging conditions.

The top recurve seniors are coming off several intense weeks of training and competition with their extensive Olympic Trials process wrapping just days ago, and training in Paris set to begin next week as they gear up for the Final World Qualification Tournament to earn remaining Olympic quota spots. 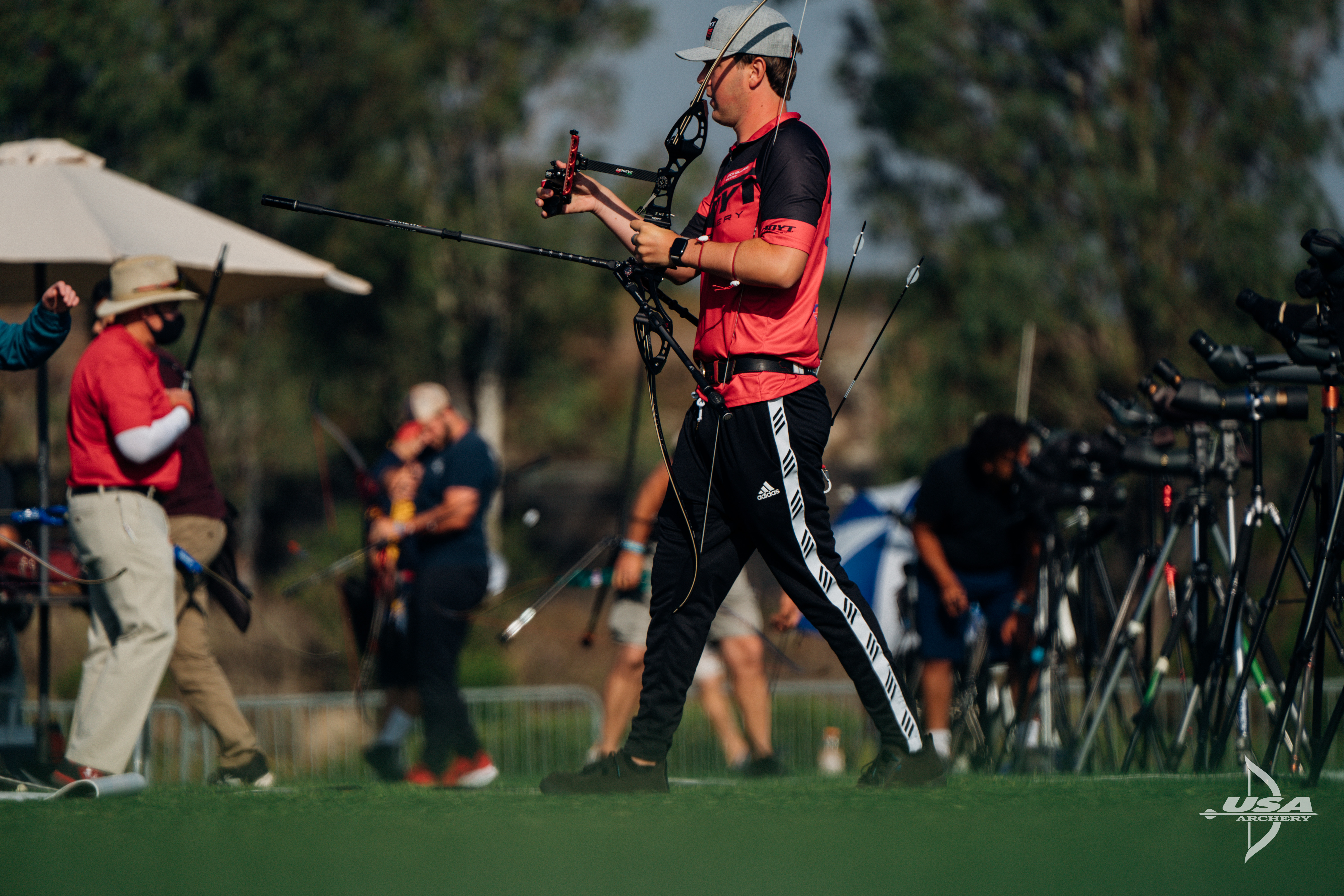 It was Trials’ No. 2 finishers Mackenzie Brown and Jack Williams who topped today’s qualification round. “Today started off really good, I was really happy with opening up really strong,” shared Williams. “I had a little hiccup halfway through the first half and then the wind started to pick up and I had to be more mindful of that. Then kept it strong in the second half and I knew Brady [Ellison] was close and I had to keep that in mind but I ended up one point ahead.” Williams and Ellison scored 674 and 673 respectively, while their Tokyo teammate Jacob Wukie was fourth with a 663, just behind team alternate Matthew Nofel’s 667.

Williams added: “We’re in an intense marathon of competition, which kind of helps me because I do well in competition in that pressure. I personally shoot better with the lower arrow count, travel days as a break, and then good competition arrows actually helps me feel really strong. So even though last week was super hard, I felt this was my most strong USAT.” 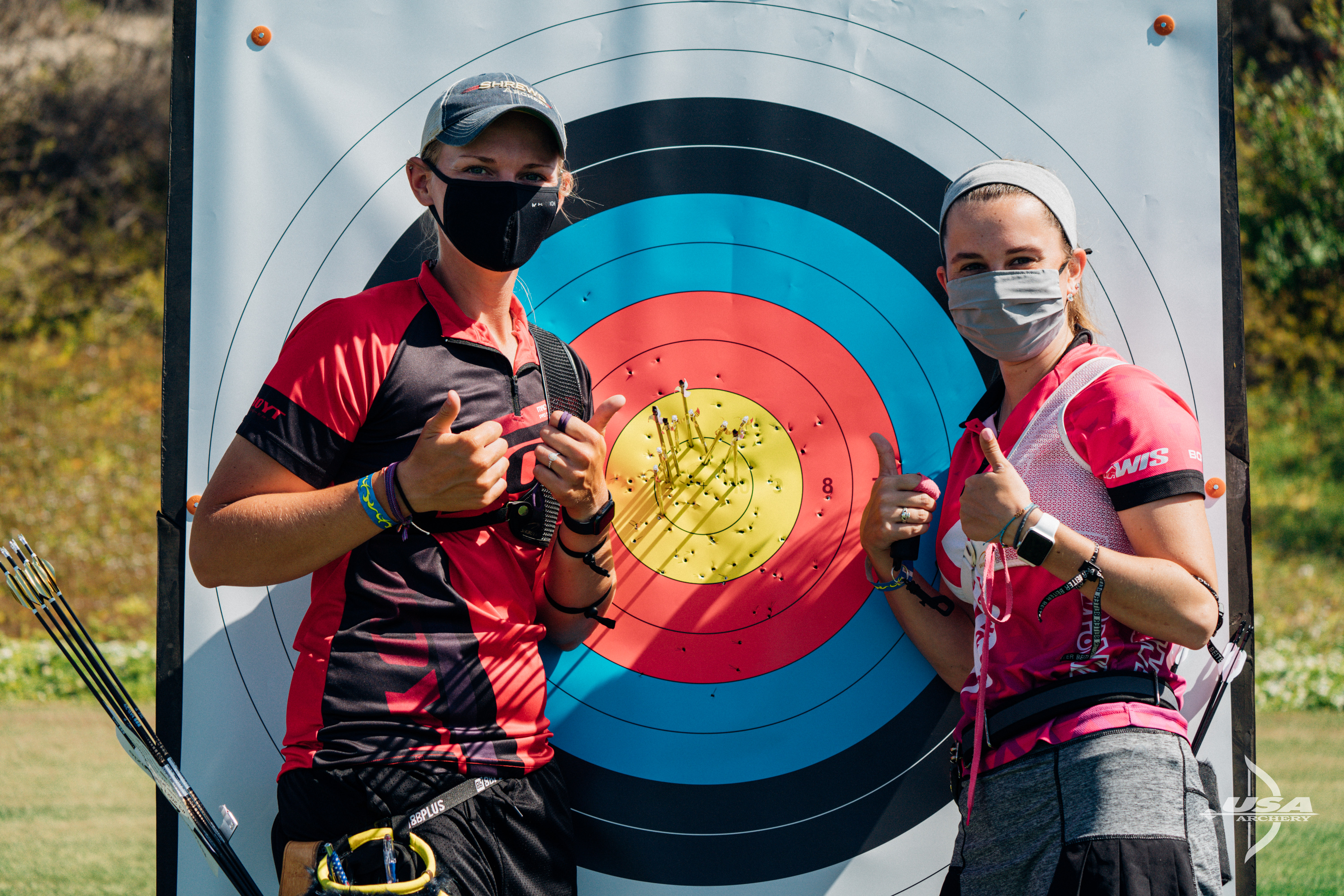 Brown felt similarly: “I felt really consistent and like my shots were similar to what I had at Trials so I was really happy with that. Being that we shot so many days in a row to then come here and continue to shoot a lot of days in a row, I feel really happy that my shots were good and that I was able to have a really good day.” Brown led the women’s field with a 671 ahead of Casey Kaufhold’s 658 and Gabrielle Sasai’s 656. Young Sasai, who is just 15, continues to impress in her debut season as a senior. 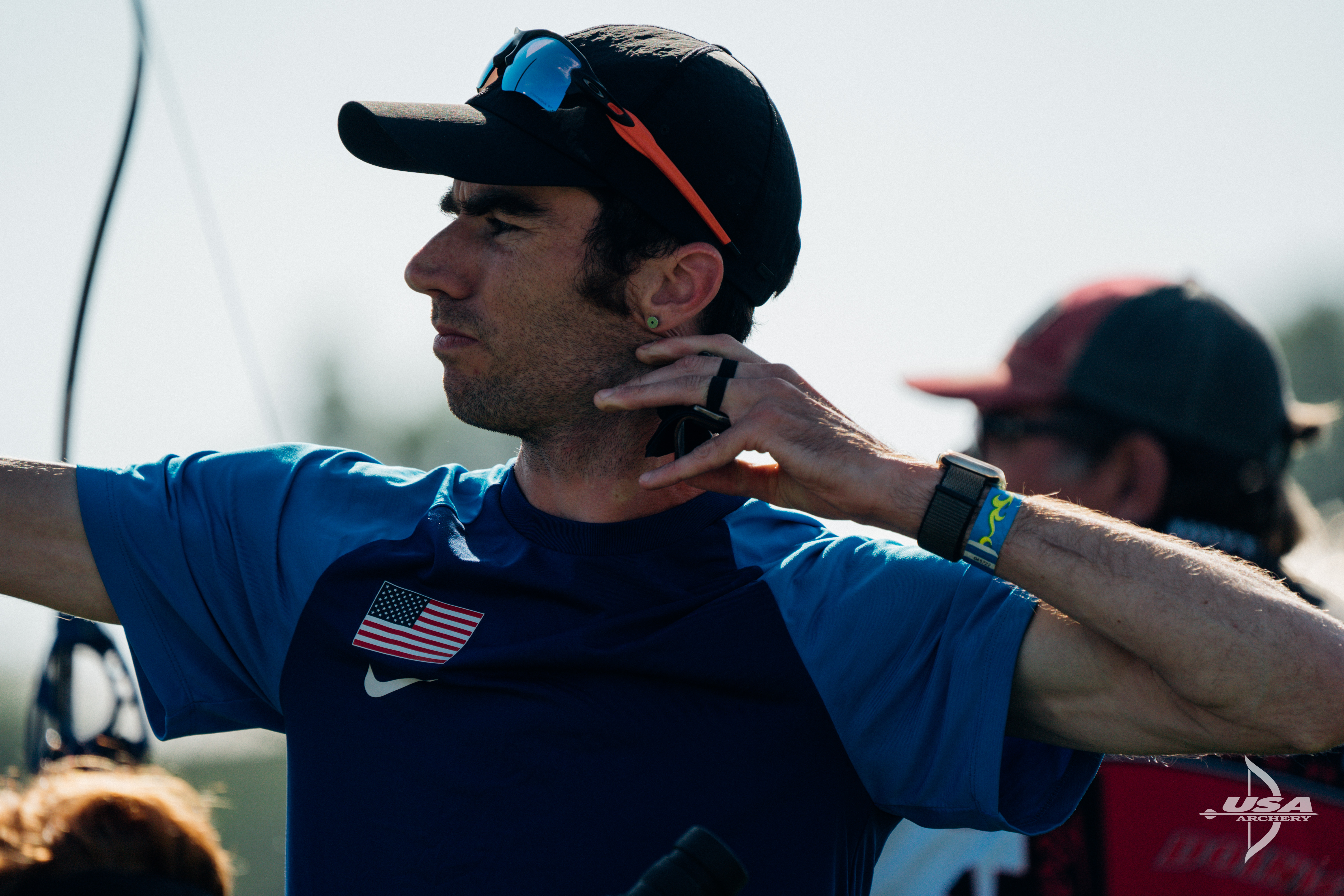 Timothy Palumbo had a standout day for the para recurve men’s open division; after finishing as the alternate for the Paralympic team earlier this week, he outscored Kevin Maher and Eric Bennett, who will represent Team USA in Tokyo. Emma Rose Ravish, who is also headed to Tokyo, topped the para recurve women’s divison by nearly 70 points.

Competition continues this afternoon with cadet elimination matches and junior qualification in the evening. Check out live scores, official photo coverage and tune in for the senior gold medal matches live on Sunday at 1pm PT on USA Archery’s Facebook and YouTube.