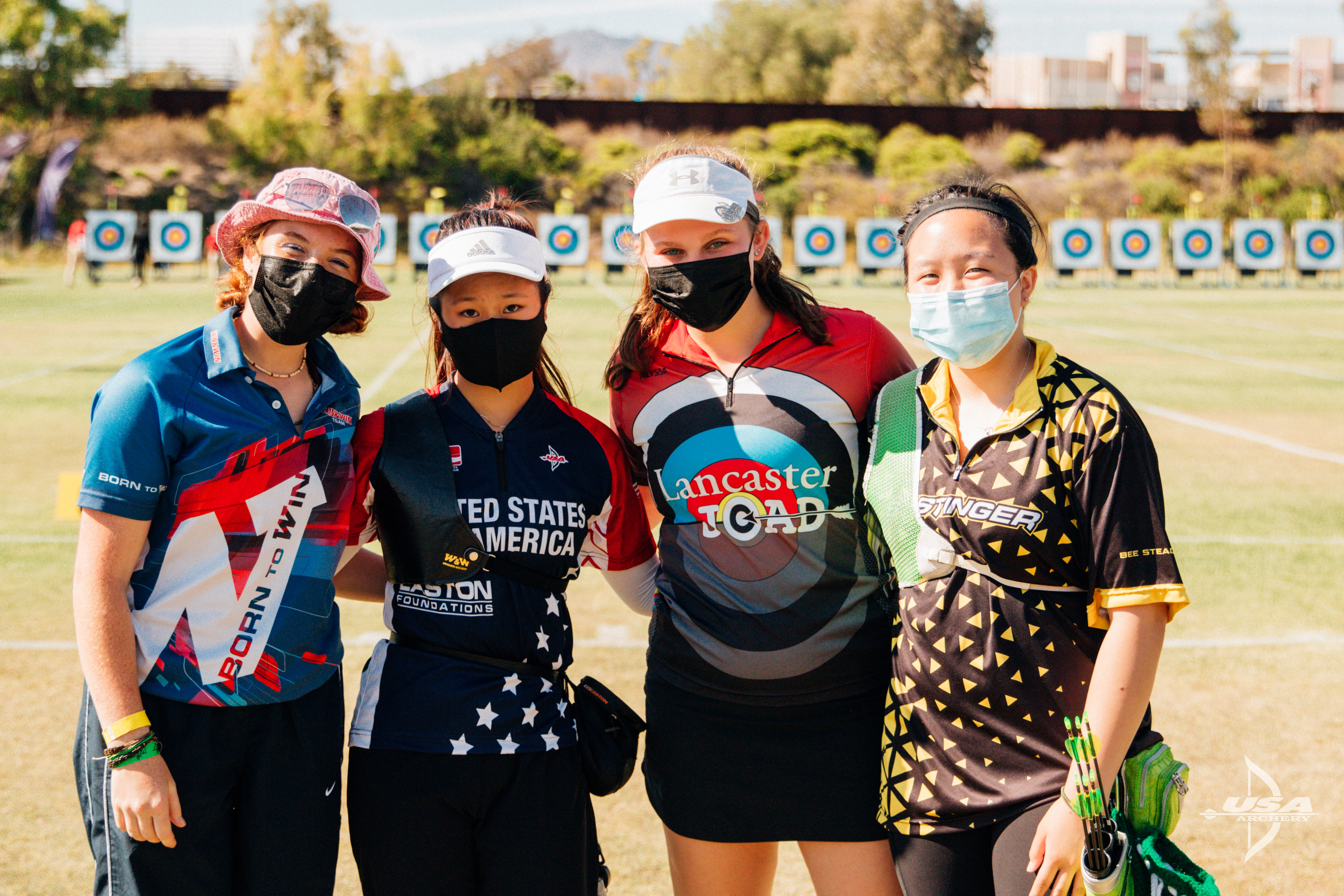 CHULA VISTA, California – It was hot and windy for head to head match play at the SoCal Showdown for the cadet divisions. The first champions of the 2021 event were celebrated for big wins through challenging conditions.

Sawyer Sullivan led another commanding performance and continues his sweep of the season, winning gold for the compound cadet men after posting 147, 146 and 147 in his last three matches, the highest score on the field each time. Allen Alihodzic finished with silver after a 7th place qualification and Cooper Davies won bronze in the final three arrows over William Fowler. 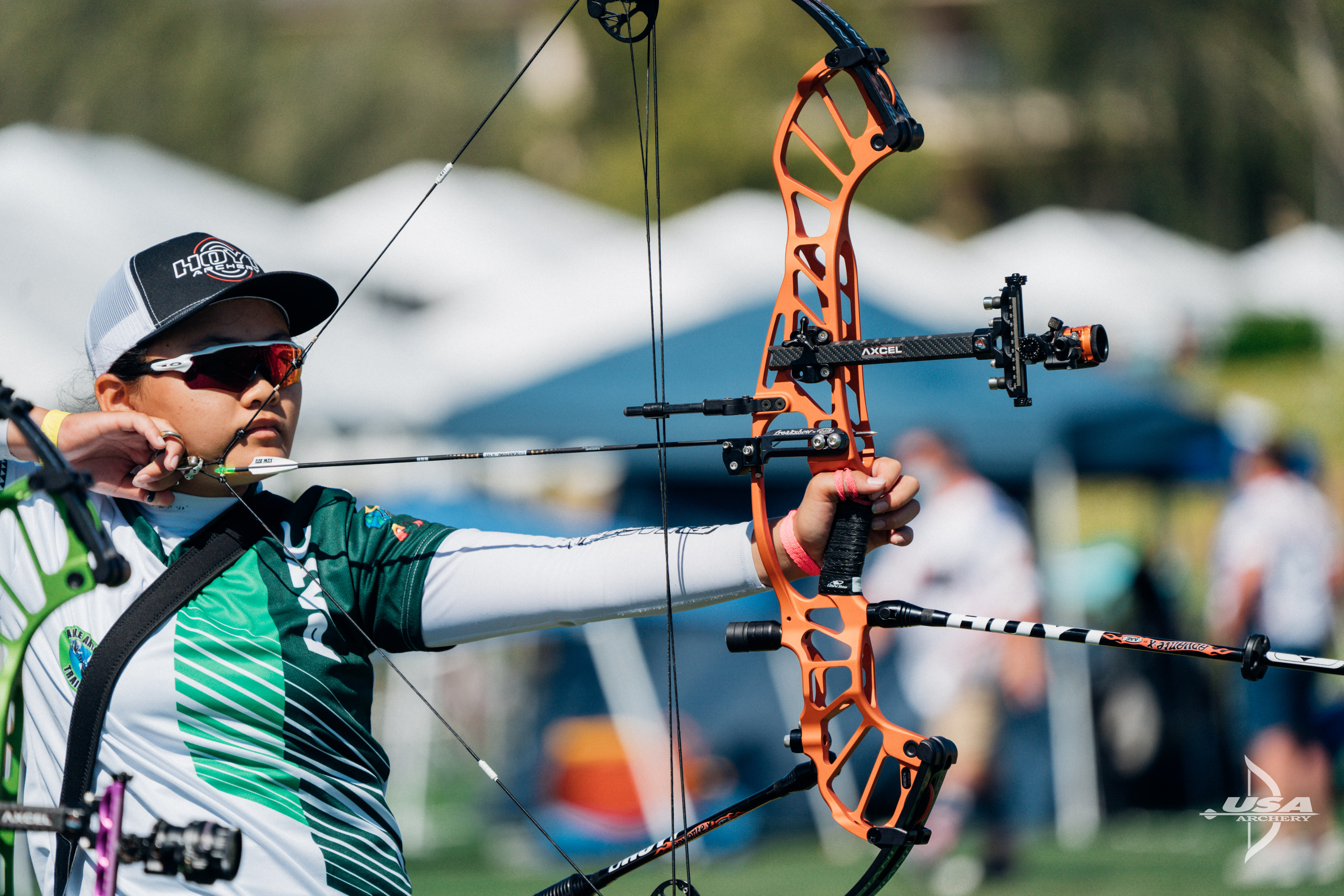 Top seed Liko Arreola also dominated the compound women’s competition, winning gold with a stout 147 in her final match over Brielle Ochnich. Samantha Roberts and Amber Baum upset the brackets in the quarterfinals before going head to head for bronze, where Roberts claimed the win 139-136.

The recurve men’s bracket saw greater surprises when 16th seed Nathan Wilson took out top qualifier Cameron Senay in the 1/8th round in a shoot off, and 22nd and 23rd ranked Koda Constantino and Brian Kim knocked out Ethan Kim and Johnathan Jen in the same round. B. Kim went on to win bronze over 3rd seed Jacob Kim and Wilson came away with the gold; his first big win. 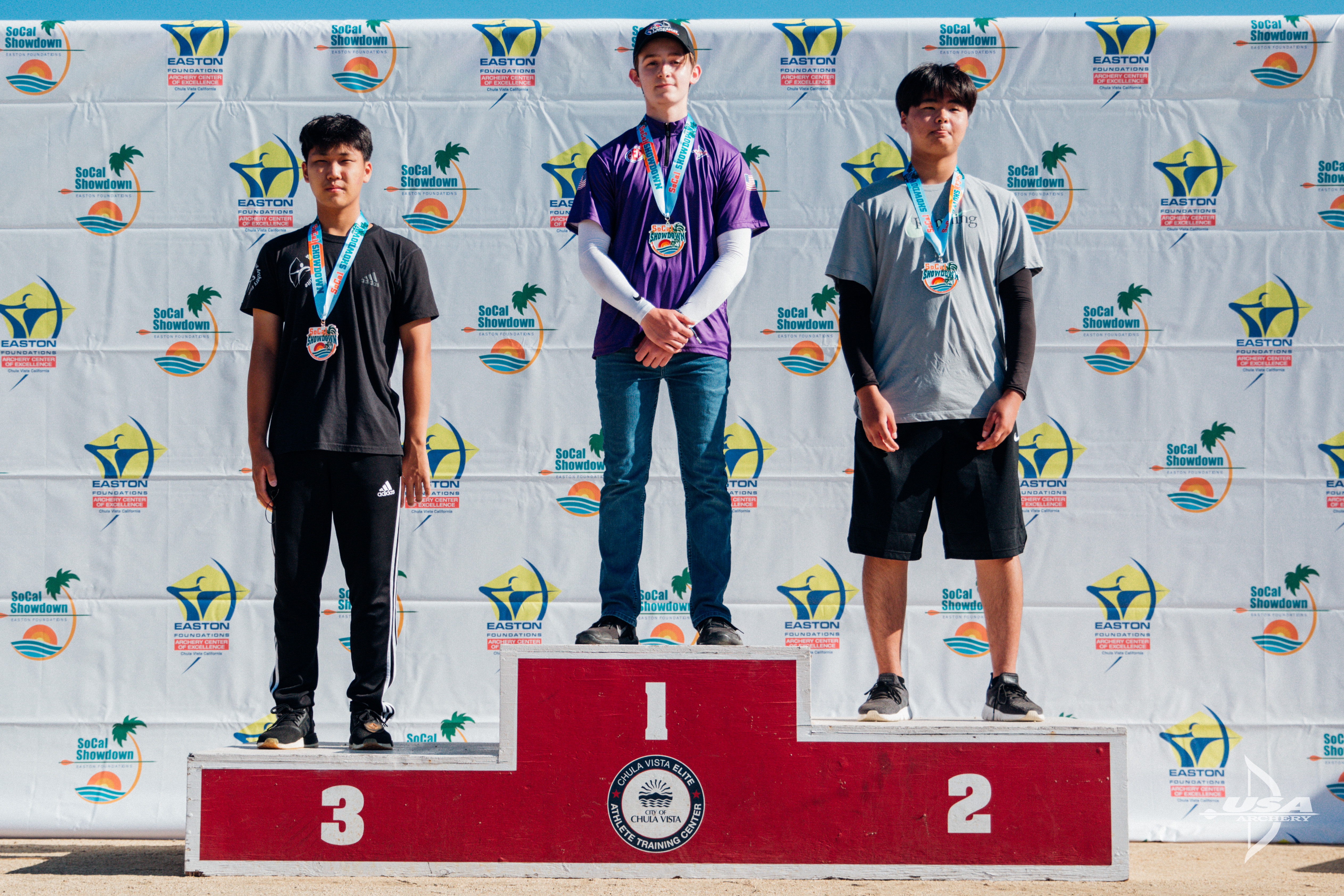 “There was a lot of tough, tough competition. It’s crazy how you can just beat the top competitor like that, anyone has a chance,” shared Wilson. “I haven’t really won anything official so this means a lot and is a big stepping stone for me.”

Wilson, who dreams of making it to the Olympic Games one day says: “Whatever it takes to get there, I’ll be doing it.” A member of USA Archery’s Regional Elite Development (RED) Team, he added: “It’s helping me 100%, there are a lot of great coaches, teammates and advice that are all going to stick with me.”

Emma Kim, who has qualified first at all three USAT events this season for the recurve women, came away with the silver today after a 6-4 battle with Grace Lum. Jordan Marie Meiners climbed from a 7th place seed to finish with bronze.

Competition continues with junior qualification this evening. Check out live scores, official photo coverage and tune in for the senior gold medal matches live on Sunday at 1pm PT on USA Archery’s Facebook and YouTube.