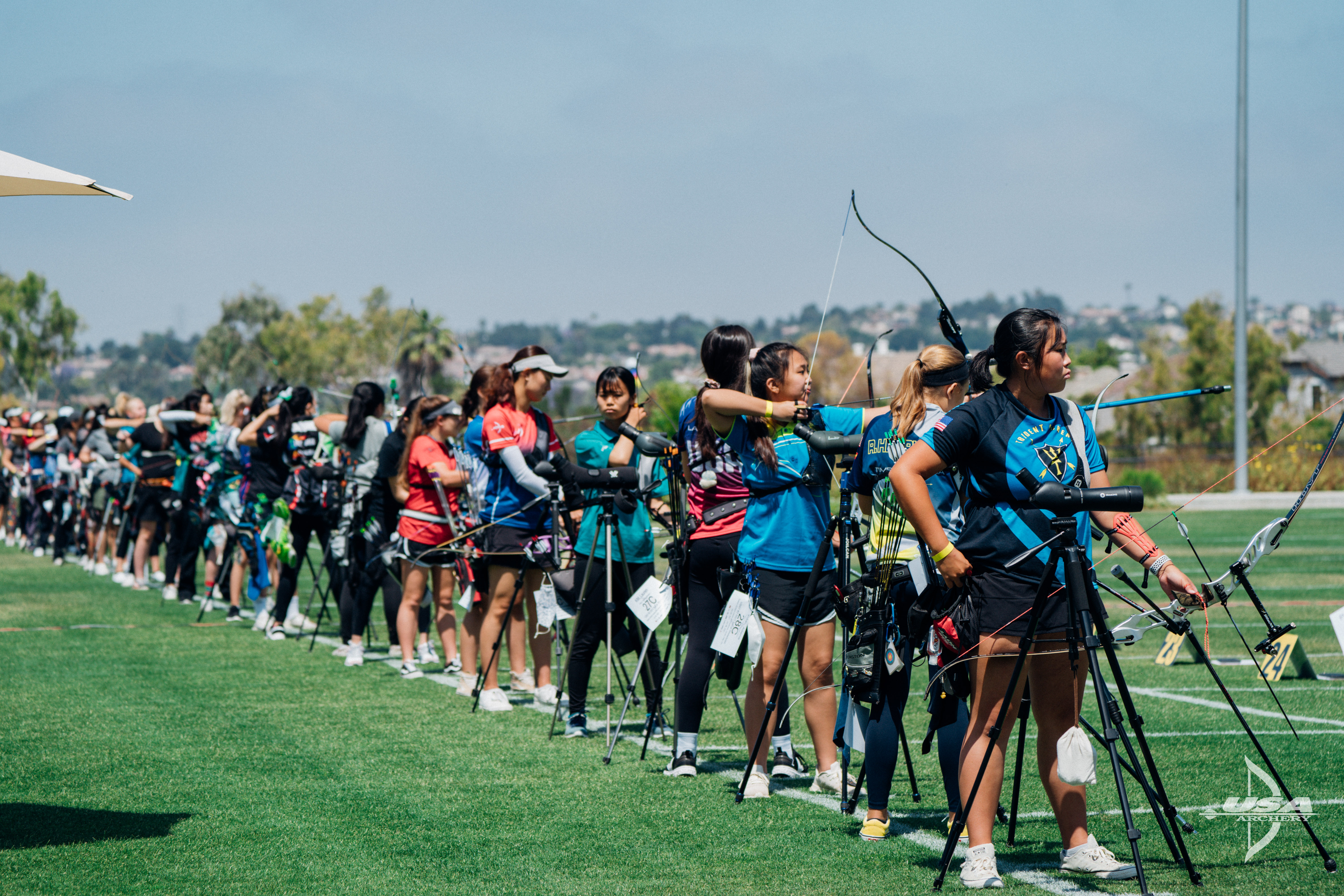 CHULA VISTA, California – The United States Archery Team (USAT) Qualifier Series is in full swing and competition is heating up at the sunny SoCal Showdown. A lightly breezy morning set the stage for cadet qualification as young talents took the field in a strong showing.

Sawyer Sullivan, who has won gold at both the Arizona Cup and Gator Cup this year already, topped compound cadet men’s qualification with a 704, just three points off the world record. “Today I was aiming dead-on, a couple of times I aimed right 10 but it felt pretty smooth and consistent. The last end I got a little nervous, knowing I needed a 60 for the record. I tried to stay out of my head and focus more on my process.” 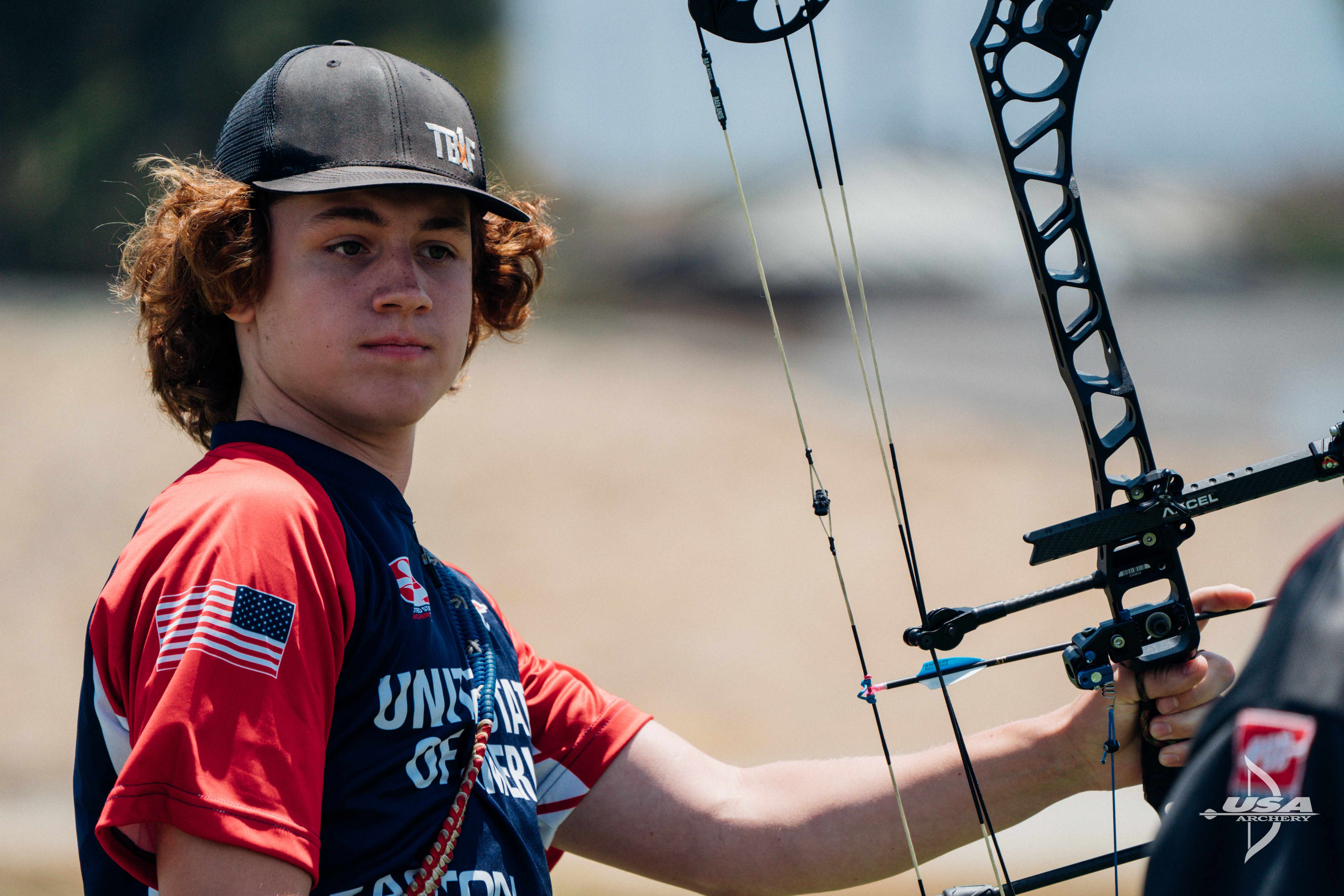 While Sullivan has been a leader in the cadet division for some time, there were new faces on the field: “The guy on my bale today, we found out we’ve both been really into bowfishing lately so it was cool to get to know someone new,” Sullivan added.

Sullivan cleared the field with 22 points over Colton Lash who qualified 2nd just ahead of William Fowler.

Emma Kim, who has been the top qualifier at every USAT event this season for the recurve cadet women, is also leading a stellar season. The Olympic hopeful shared: “Today was fun, the wind wasn’t that bad, so it was just about endurance. We worked a lot during indoor season so that when we hit outdoor season this year, I was ready to go. It’s motivating to be performing well.” 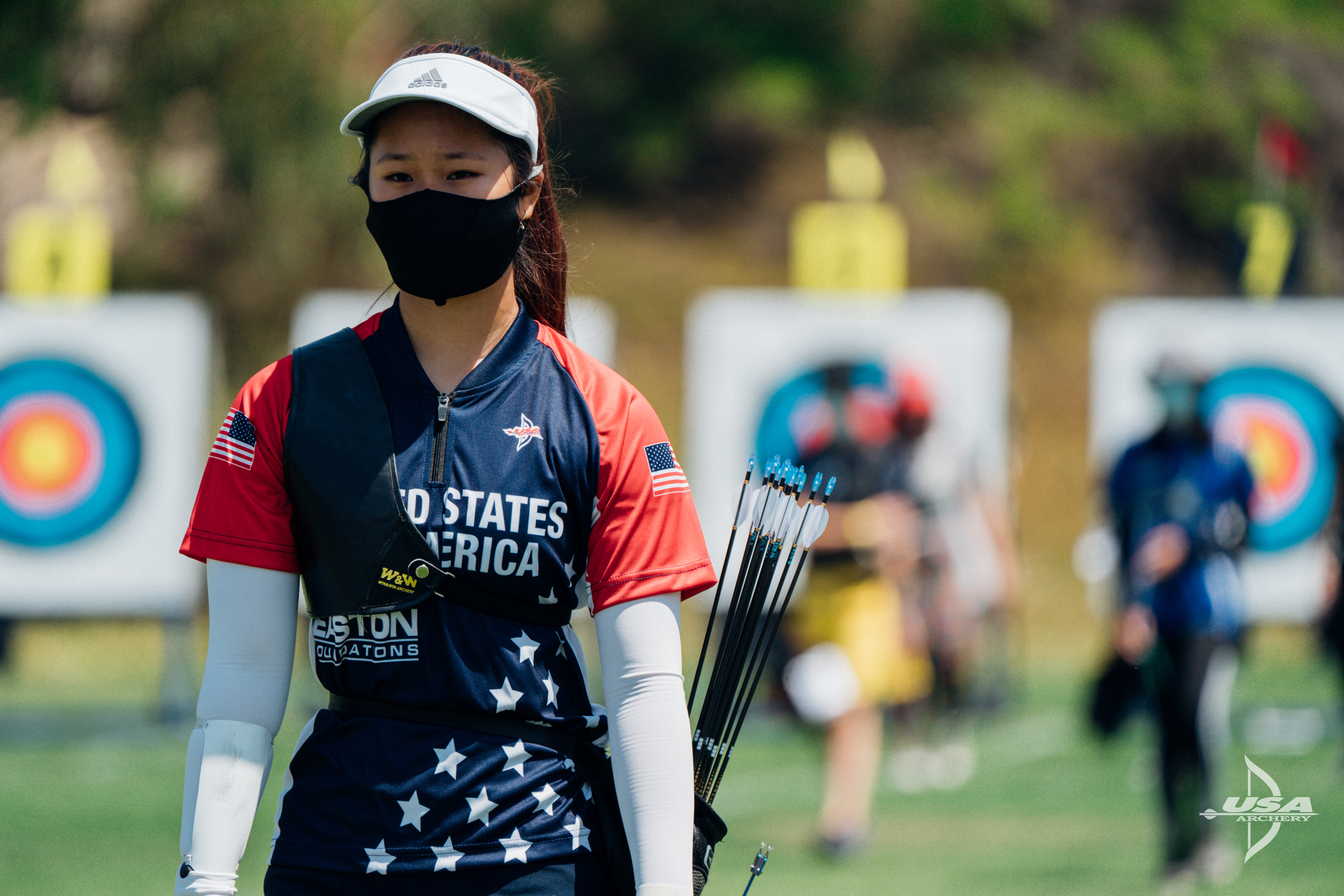 While Kim has had consistently strong scores this year, she’s yet to take home a gold finish this season and will look to take the title tomorrow. With a 24-point lead over Samantha Ensign and 3rd place qualifier Grace Lum, Kim is poised well to meet her goals.

A new face on the scene, Cameron Senay took the recurve cadet men’s pole, topping the largest division on the field with a stout 644, 10 points clear of Christian Stoddard and Jacob Kim, who were just one point apart for 2nd and 3rd. 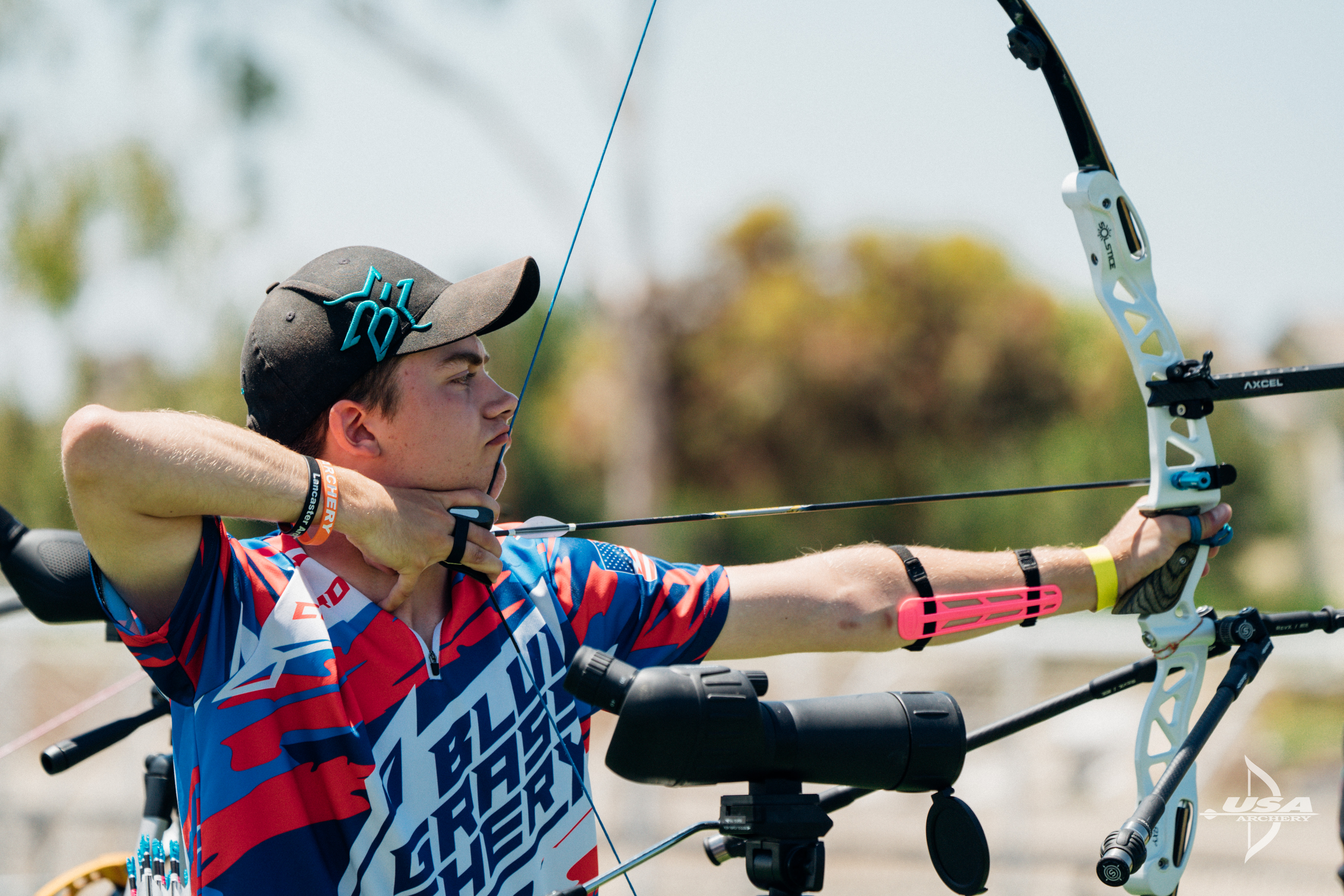 “This is my first time here and I’m loving the weather,” shared Senay. “I felt good about most of my shots, tried to capitalize where I could. I started shooting recurve just last year and this is my first season competing in USATs. I have a great coach, Tim Williams at Blue Grass Archery; he’s a Level 4 Coach, a great guy and he’s gotten me up to speed and through working with him and my RED team I’ve really improved my form and mental game.”

On his initial impression of USAT events, Senay added: “I love the atmosphere and the people and being out here, competing and doing what I love is no better than anything else.” 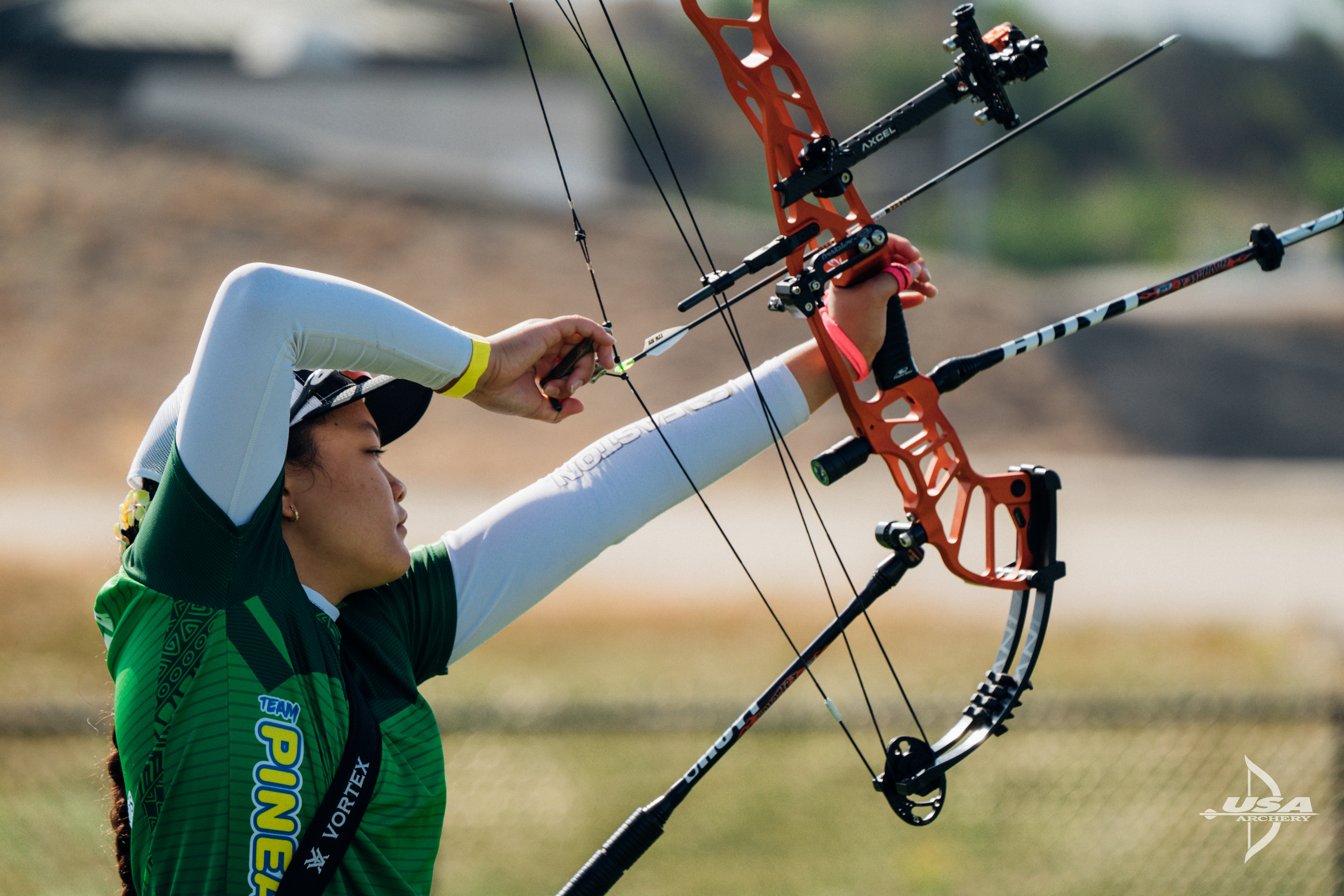 Competition continues tomorrow with qualification for the juniors, seniors and masters and cadet elimination matches. Check out live scores, official photo coverage and tune in for the senior gold medal matches live on Sunday at 1pm PT on USA Archery’s Facebook and YouTube.