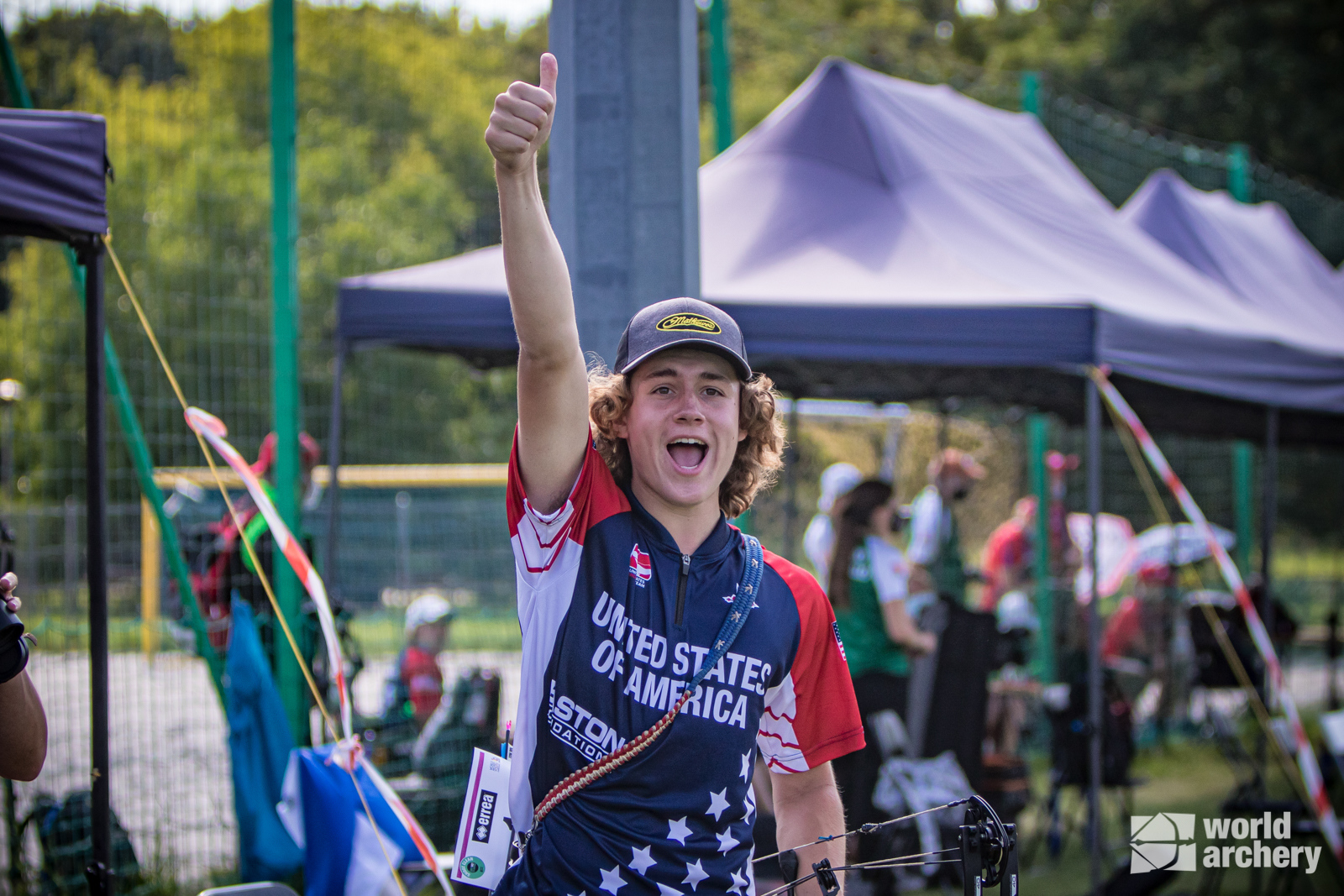 WROCLAW, Poland – Team USA’s top young archers are on target for big wins at the World Archery Youth Championships this weekend. After a strong showing in qualification, the start of matches saw USA archers continue with great fortitude to earn a shot at the finals venue and the chance to bring home some hardware.

Sawyer Sullivan has rocked the perfect season on the national stage, sweeping every youth win of the year, while racking up world record after world record score. Now he’s taking his skills to the world and is shooting for individual and mixed team gold, with team round matches tomorrow and a chance to take all three world titles. Sullivan scored 149, 148, 149 and won a shoot off after a 147 tie in today’s matches, scores that would have beat any opponent on the field in each round. Cadet compound teammate Isaac Sullivan also posted two stout 148s on his way to the bronze final, climbing from a 7th place seed to upset No. 2 Aslim of Turkey in the quarterfinals.

Compound junior Anna Scarbrough also climbed from a 13th place seed to shoot for individual bronze with some impressive scores of 146 and 147 on her path to the podium. Casey Kaufhold, fresh of a 17th place finish at her first Olympic Games in Tokyo, will shoot for recurve junior women’s bronze. She upset teammate Catalina GNoriega 6-4 in a very tight round of 32 before sailing through her next matches 6-2 and 6-0. Kaufhold fought hard in the semifinals against India’s Bari, but came up short in the final set 6-4 to finish in this weekend’s bronze final.

Cadet compound women Carson Krahe and Brielle Ochnich garnered 9th place finishes, going out in the 1/8th round. 8thseed for the recurve junior men Josef Scarbrough made it to the quarterfinals, as did compound junior Matthew Russell. Cole Frederick and Cooper French were edged out in the 1/8th, Frederick by just one point, and French by millimeters in a close shoot off. Emma Kim also had an impressive run today, finishing 7th for the recurve cadet women. The cadet mixed teams competed in the afternoon and Sullivan and Ochnich crushed their matches 157-150, 154-145and 158-156 to shoot for gold this weekend against India. USA’s recurve team of Kim and Andrew Yoo finished 7th.

Competition continues tomorrow with team matches through the semifinals and the junior mixed team competition. Follow live results at www.worldarchery.org. Finals will be live this weekend on www.archery.tv. Photos by World Archery.