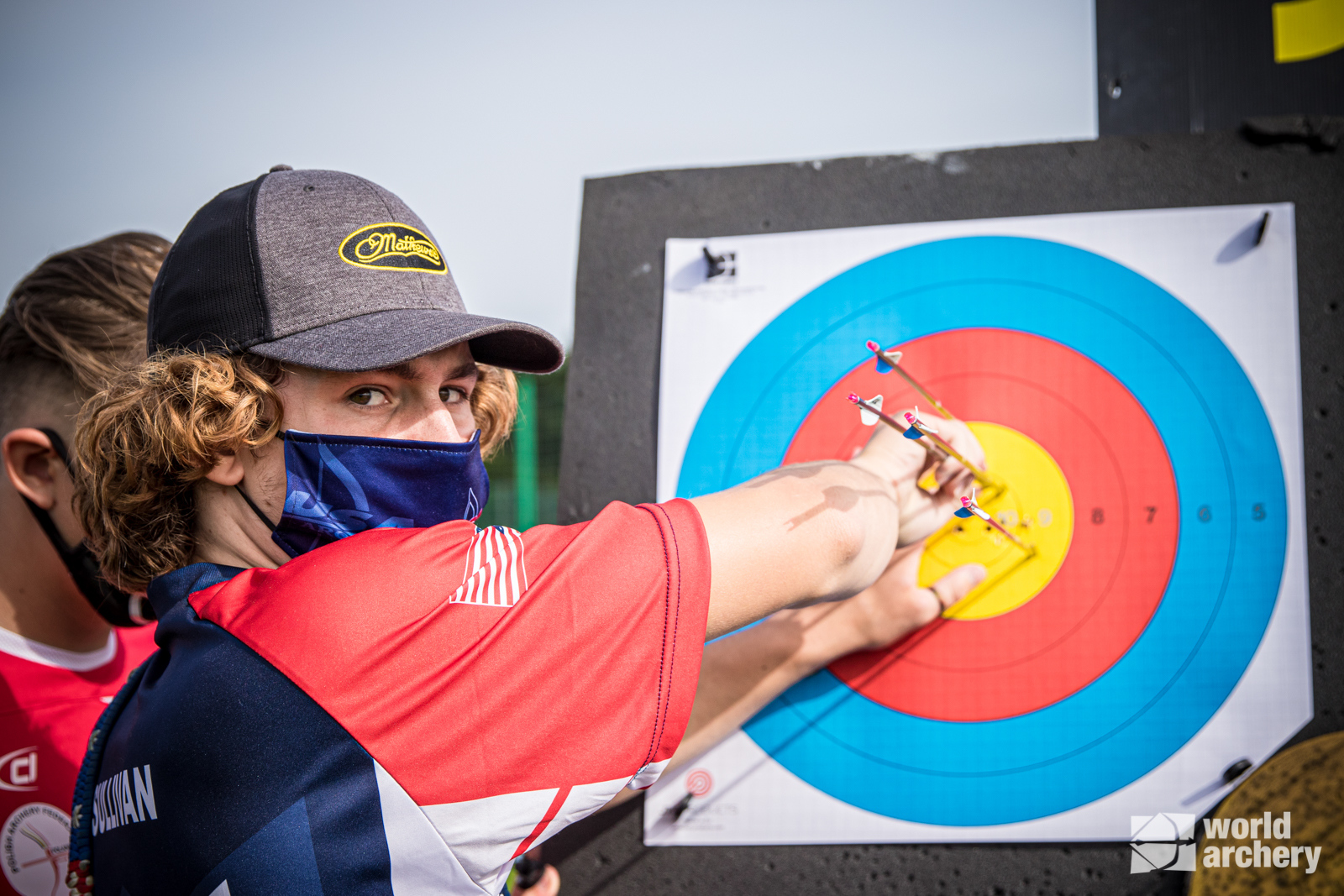 WROCLAW, Poland – The 2021 World Archery Youth Championships saw standout performances from USA Archers. Sawyer Sullivan, who has rocked a perfect season, repeatedly breaking his own world records, finished one point off his 714 record to lock up the top seed individually and to lead the USA compound cadet men’s team to shatter the team record by a whopping 16 points for a 2107/2160.

Sullivan had strong backup in teammate Isaac Sullivan, who ranked 7th with a 699 and Nathan Zimmerman who was 13thwith a 695. The USA compound cadet women ran a tight race together, qualifying 7th, 8th and 9th with Brielle Ochnich scoring a 677, Sydney Sullengerger a 676 and Carson Krahe, 674. The trio was 3rd as a team behind India, who broke the world record, and Turkey. Ochnich and Sullivan were the third of three teams that broke the mixed team qualification world record, also ranking behind India and Turkey. 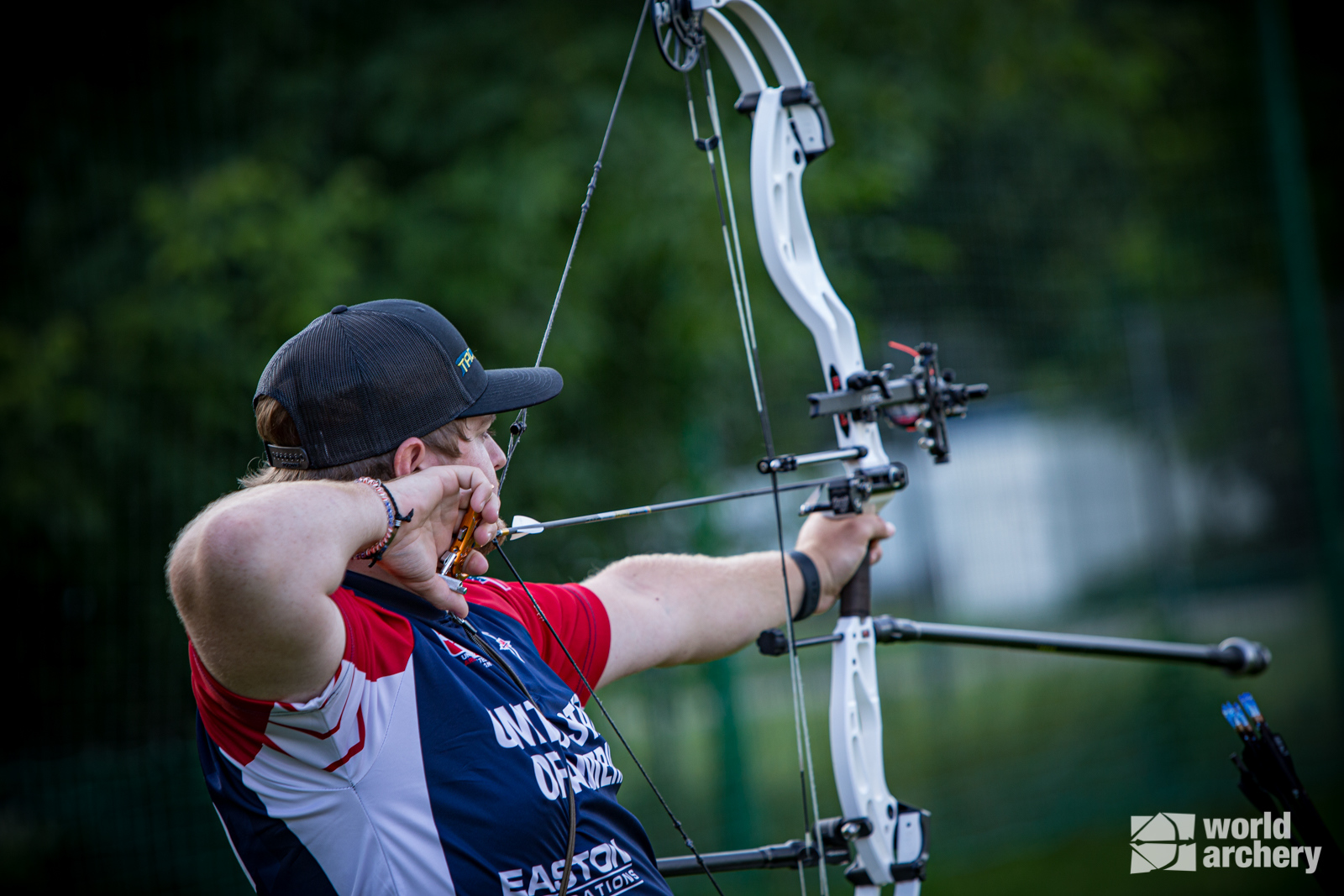 Top seed Cole Frederick scored a 702 to lead USA’s compound junior men’s squad to the No. 1 spot by a solid margin of 13 points. Matthew Russell and Cooper French, who were on the gold medal winning team at the 2019 edition of this event, were 6th and 7th with 699 and 698 respectively.

Anna Scarbrough, who also is a defending team world champion, qualified 13th inidivdually, 6th as a team with Makenna Proctor and Madison Cox, and 4th for the mixed team event with Frederick. 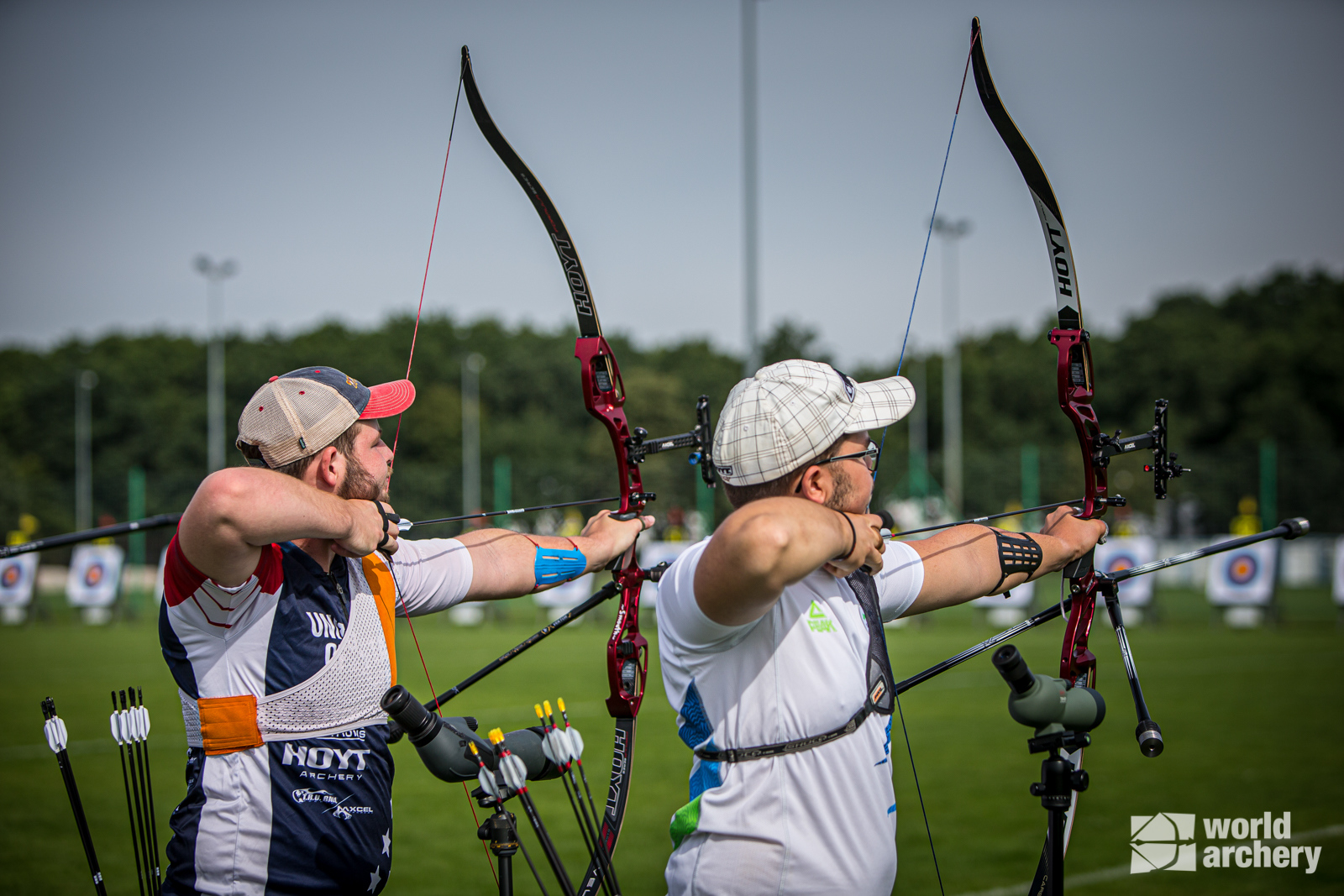 For the recurve junior men, Josef Scarboro qualified 8th with a 661; a 335 back-half that was the 4th highest score on the field rocketed him up the rankings after a slower start. Together with Joonsuh Oh and Trenton Cowles, the team is 6th. Isabella Frederick posted a 642 to rank 12th individually and led Catalina GNoriga and Olympian Casey Kaufhold to a 4thplace team seed. Frederick and Scarboro are 7th for the mixed team event. 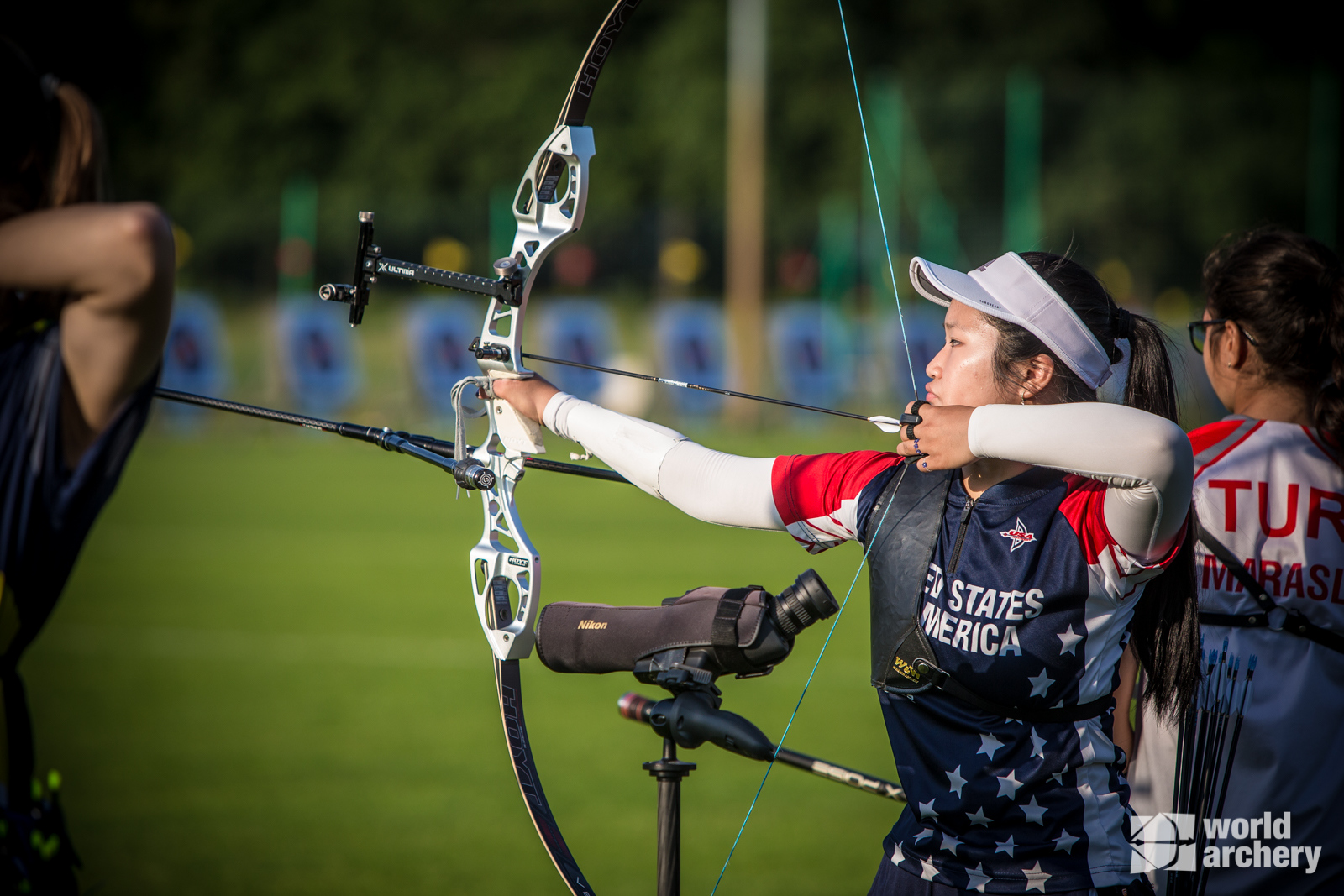 In the recurve cadet qualification round, Emma Kim scored a 640 to rank 12th. With teammates Jordan Marie Meiners and Cham Chung, the trio is seeded 7th, and with top male qualifier Andrew Yoo, the USA mixed team is 11th headed into match play. Yoo, Christian Stoddard and Davis Bauvais are 15th for the men’s team event.