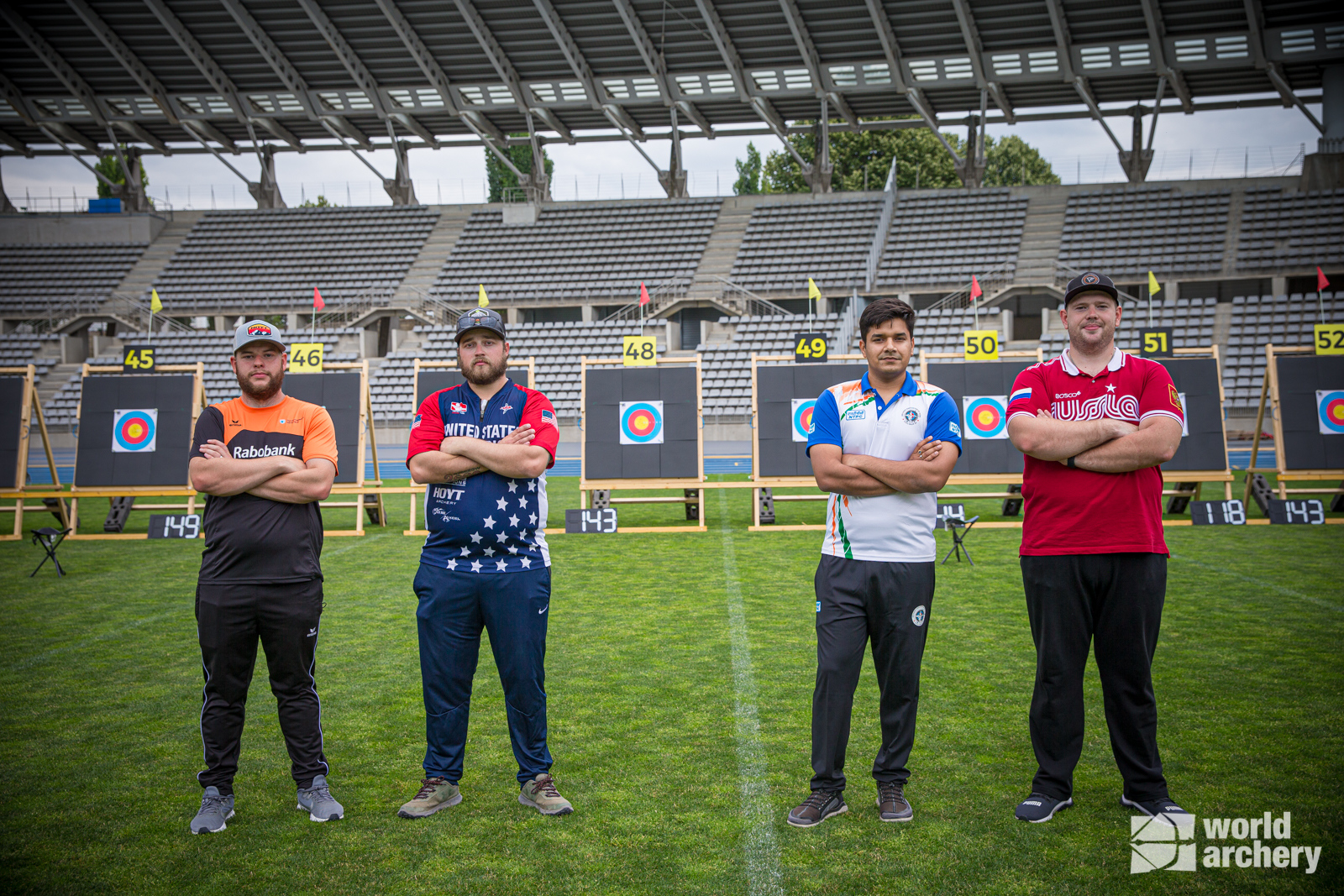 PARIS, France - Kris Schaff was the story of the day at the Paris World Cup. The sole U.S. compound archer to earn a spot in the Final Four, despite high qualifying placements from all of his teammates, Schaff shot lights out and solidified his spot in the World Cup Final, set to take place on home soil in Yankton this September.

Schaff posted two perfect 150s in his matches today to sail into the semifinals: “Today was definitely one of those days that everything worked exactly how it should’ve!” shared Schaff. “I started off shooting a 150 in my first match, followed by another 150. With me making it this far, I am now qualified for the World Cup Final, which is a great feeling and accomplishment in my career!”

Schaff, who won the World Cup Final in 2018, could take his first individual outdoor world cup stage gold this weekend. He’ll be joined at the Final by teammate Braden Gellenthien, who earned his spot in what will be his 9th Final by winning the Guatemala stage. 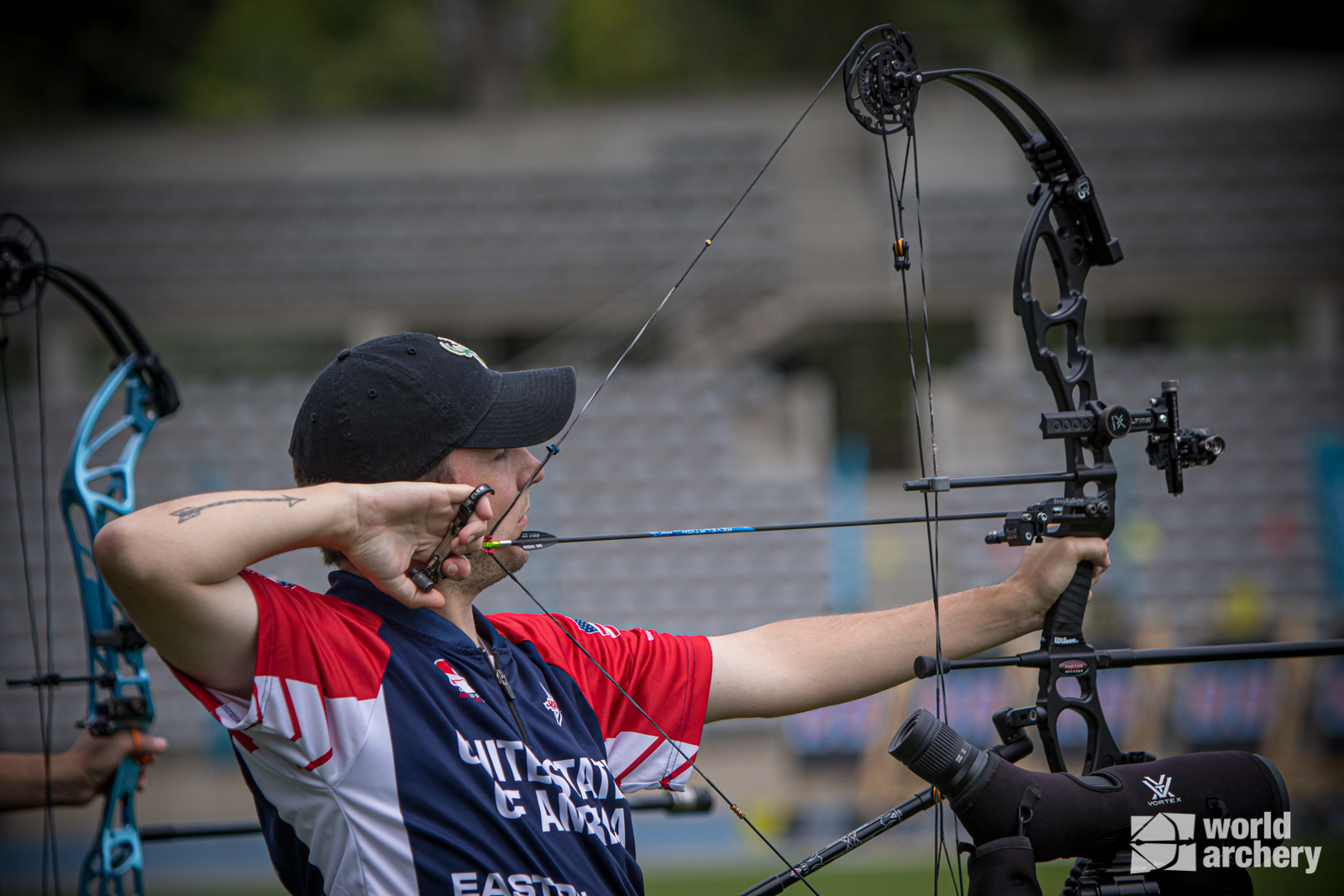 2nd seed James Lutz, who has also had a standout season, had a banner day today, but was stopped short in the 1/8thround by Russia’s Anton Bulaev. Both scored stout 149s, and 10s in the shoot off, but Bulaev won the call. Lutz shared on social media: “A millimeter is what separates a good week and a bad week. Can’t complain with how I shot here in Paris, just not the result I was looking for.”

Braden Gellenthien and Reo Wilde also both went out early in the 1/16th round; Gellenthien with a tough 147-146 decision and Wilde on a shoot off in an equally strong match. 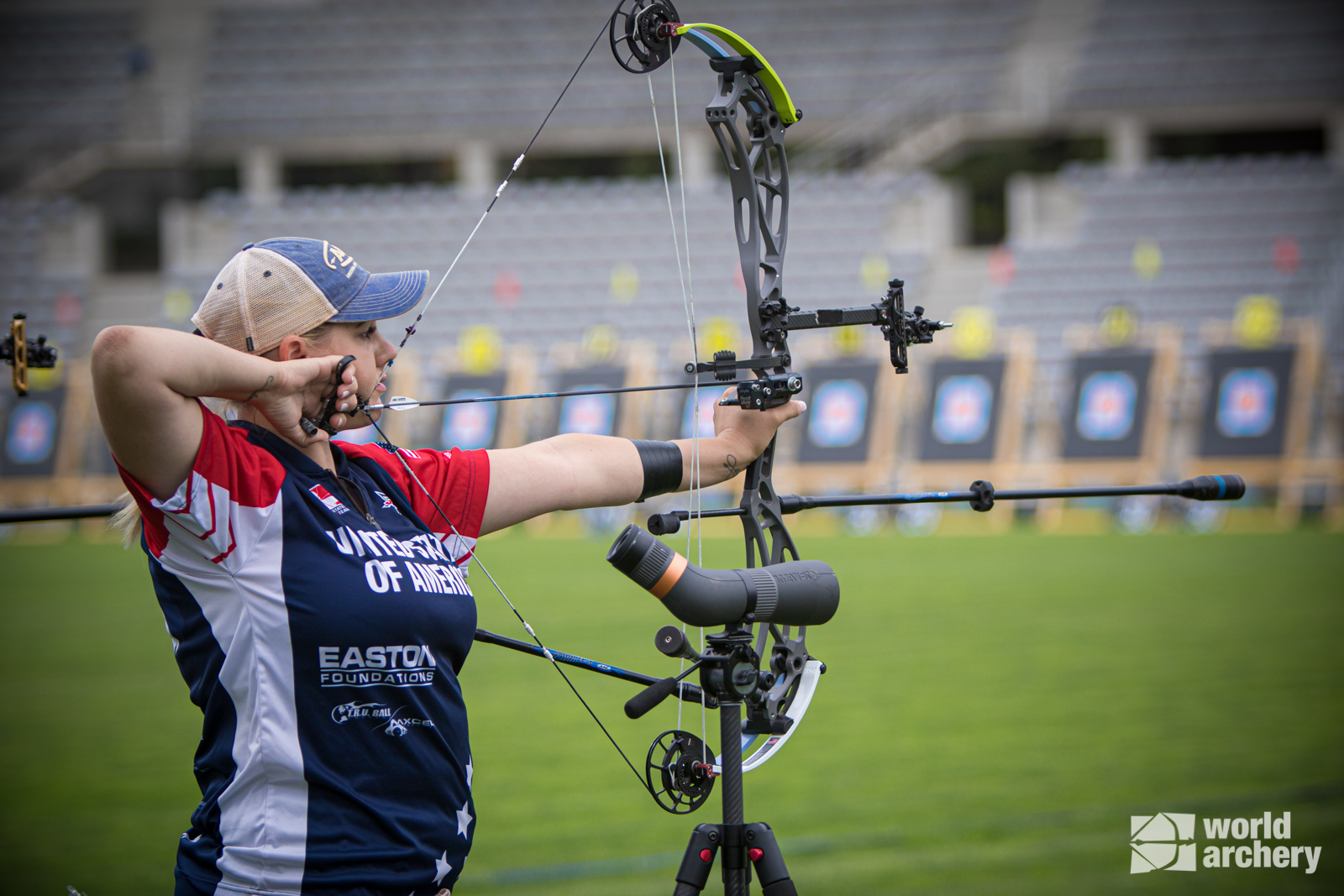 In the compound women’s matches, 9th seed Paige Pearce made it the farthest for the U.S., shooting her way to the quarterfinals where Slovenia’s Toja Ellison scored an unbeatable 149. Ellison edged out Linda Ochoa-Anderson in the 1/16th with a 147-146 win; Alexis Ruiz fell in the same round to Colombia’s Sara Lopez 145-147.

With today’s finishes, Pearce and Savannah Vanderwier should also both be set to represent the U.S. at the World Cup Final, despite close rankings for all four women on the squad in a very impressive season.

Competition this morning included the mixed team events, where USA’s recurve team, seeded 4th, was upset 6-0 in the quarterfinals by India after narrowly escaping the 1/8th round in a shoot off with Kazakhstan. The 2nd seeded compound mixed duo was also upset in the 1/8th 156-157 by Spain.

Competition continues tomorrow with team round matches before the finals this weekend. Complete results from the competition are available at www.worldarchery.org. Finals matches will be available live at www.archery.tv or on the Olympic Channel.