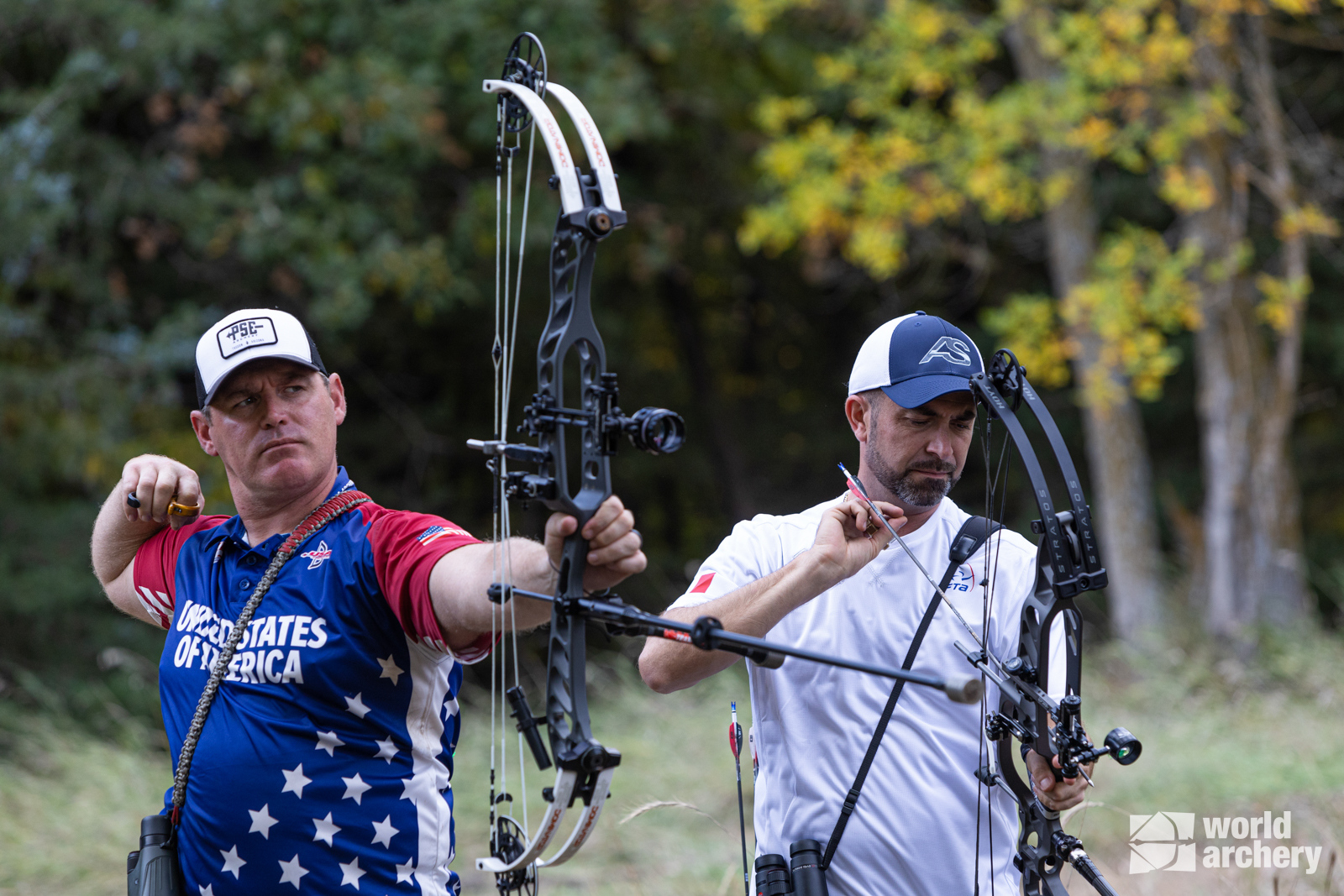 Individual matches begin tomorrow shooting targets at known distances for the remainder of the event. The eliminations will be shot in a pool or shoot-up format where the top two archers after qualifications advance directly to the semifinals.

Ellison maintained his lead in the recurve men’s division posting a 385, 765 total – a whopping 24 points ahead of the second-ranked archer from Great Britain. Matthew Nofel is also advancing to the pool matches after qualifying fourth with a 351, cumulative score of 721. After ranking 17th, Jackson Mirich rolls into the first match of the day tomorrow.

Pearce was one of two compound women to break 400, scoring 412 for a total of 820 to remain at the top of her division. Heather Gore-Smith remained consistent from yesterday scoring 391 for a 781 total to rank sixth. Cassidy Cox improved her score from yesterday shooting a 385 moving up a slot to seed 11th. 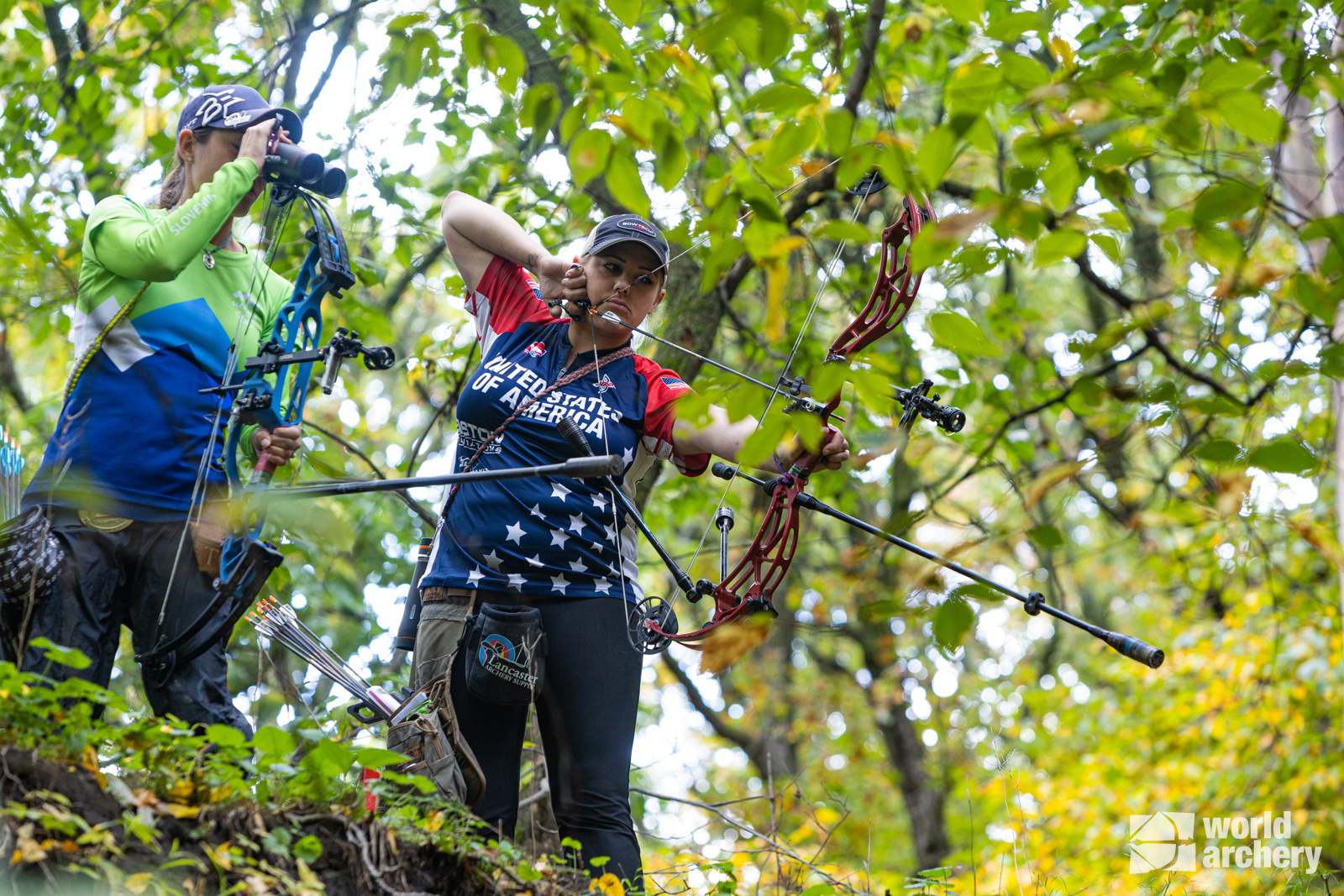 Cousins shot identical scores on both the unmarked and marked courses for a total of 828, qualifying first among the compound men. Tate Morgan moved up into the third seed with a total of 815 while Dan Jasa shot a 405 to qualify 9th.

Qualifying 13 points ahead of the competition, Aguilar seeded first among the under-21 compound women scoring 377 today for a total of 752. Following her teammate, Gracelyn Chambers posted 357 to rank fourth.

For recurve women, Savannah Vanderweir held fast in the fifth seed with a 633. Molly Nugent and Heather Koehl ranked 11th and 12th respectively. At a similar pace, the under-21 recurve women occupied the 10ththrough 12th slots with Abigail Kippes picking up a few more points from yesterday followed by Brianna Laux and Trinity Howard. 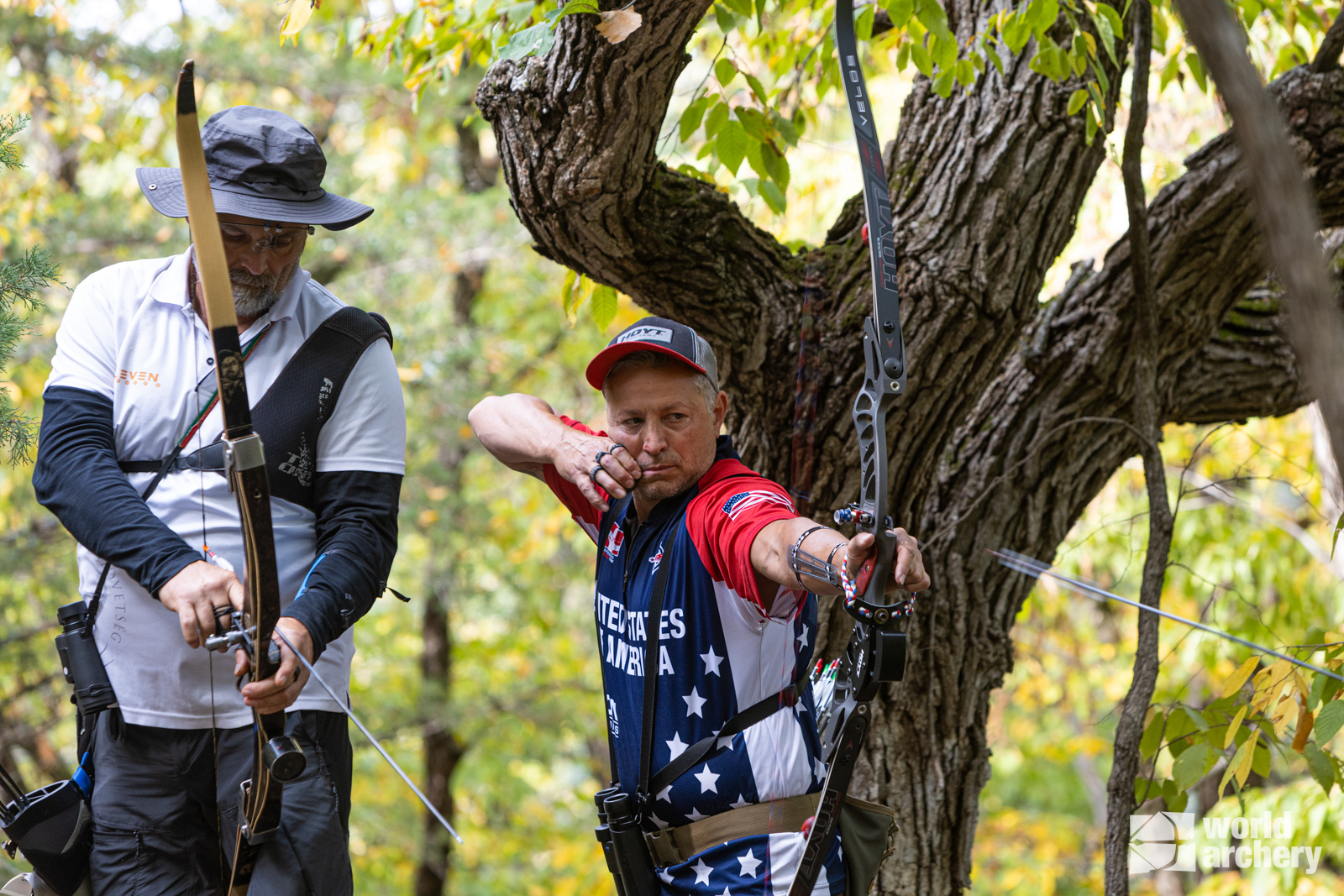 Former Field medalist, Fawn Girard dropped to the fifth seed among the barebow women with a total score of 593. Christina Lyons qualified ninth with a 593 followed by Caelyn Briley ranking 16th with a 443. Matt Yacca totaled 655 points to rank ninth on the men’s side followed by Robby Weissinger qualifying 18th and Ryan Davis seeding 19th.

Ryan Booth accumulated 763 points to qualify seventh for compound under-21 men. Behind Booth, Grady Kane qualified eighth with a total of 749 and Hunter Longest shot a 720 to seed 12th.

Davis Beauvais and Matthew Schaefer both accumulated 584 points to rank 11th and 12th among the recurve under-21 men. Cameron Senay shot a 235 today, totaling 521 points, to seed 14th.

Among the barebow under-21 divisions, both Max Rossiter and Rubie Chambers qualified second.

Individual pool matches begin tomorrow. Results are available on World Archery and photos are on World Archery’s SmugMug. Follow USA Archery on Facebook and Instagram for more from the event.