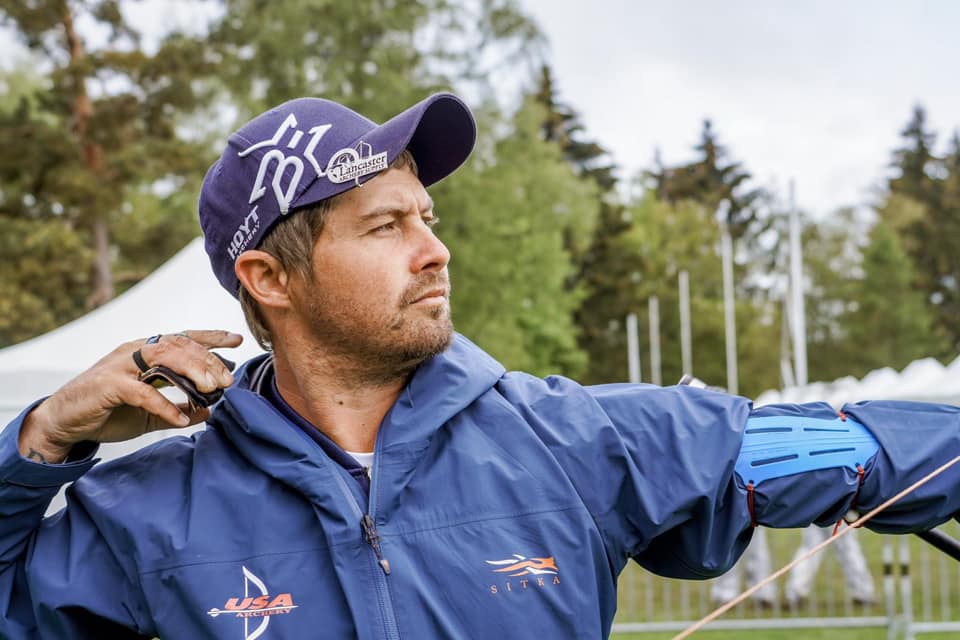 LAUSANNE, Switzerland – Through the past two days of spirited competition, the final four archers have been determined for the individual events at World Cup Lausanne and Brady Ellison and Linda Ochoa-Anderson will represent USA on the big international stage.

Holding tight to his World No. 1 ranking and hungry in the hunt for his historic 6th World Cup Final title, Brady Ellison had his second strong qualification at this second stage of the Archery World Cup circuit. In Guatemala City he faced an unfortunate early upset by an opponent who shot lights out in the first round, but Ellison was victorious in his matches in Lausanne, shooting his way through to the semifinals.

“It’s been kind of an interesting week with the weather so far, Ellison commented yesterday, “raining, colder than usual for a summer event. I got lucky on some of my shots and I got through. It’s always nice to make it through to the finals. It’s just nice on this one, leading into the [Olympic] Trials, to make the finals get that practice.”

Following the recent announcement that the U.S. will host this season’s World Cup Final, which guarantees a spot in each division, Ellison added: “Hopefully I’ll go and shoot well in the finals and can win it and guarantee a spot in the World Cup Final, which would be absolutely awesome and would open up another spot for a U.S. person since we’re hosting. So, all good things. I’m shooting pretty good, just have to clean up some things under pressure, but all in all, feeling pretty good going into the finals.” 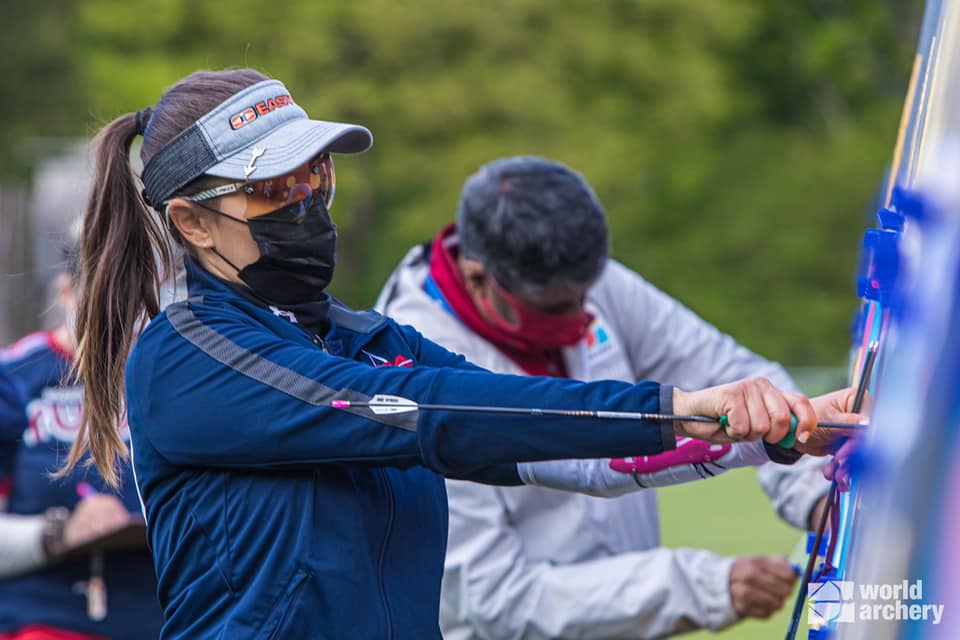 Linda Ochoa-Anderson, in her debut season on the U.S. team, also had a successful qualifying round, seeding 3rd, before going on to post high scores in today’s matches to seal a spot in the compound women’s final four. She shared on social media: “I’m in semifinals!! Today was a great day! Most of my shots were good and strong and that helped me win the matches I needed to be in the semifinals this Saturday.”

On the compound women’s field, Paige Pearce, who qualified 7th, had a bye into the 1/16th and was upset in her first match against Belgium’s Sarah Prieels. Alexis Ruiz had a strong start but was stopped in the 1/8th along with Savannah Vanderwier. It was Slovenia’s Toja Ellison who outscored Vanderwier and Spain’s 2nd seed, Andrea Marcos, who ended Ruiz’s run. Ochoa-Anderson went on to defeat Ellison in the quarterfinals and will face Marcos in the semifinals – another chance to avenge her teammate’s loss.

The compound men’s bracket also saw big upsets, especially as 3rd seed Braden Gellenthien went out in his first match alongside an upset of teammate Kris Schaff. 16th seed James Lutz had a shoot off win into the 1/8th but was stopped there by the Netherlands’ Mike Schloesser. 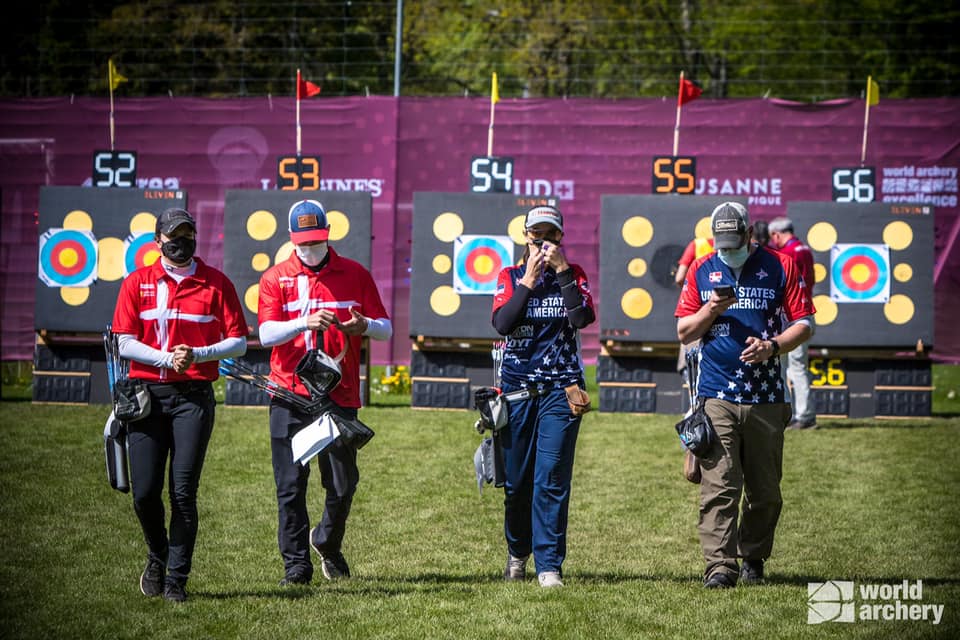 Gellenthien returned to the field with Ochoa-Anderson for the mixed team event. Seeded 2nd, the duo outscored Turkey 157-155 in the quarterfinals and then went 156-156 with Denmark in the semifinals. With Gellenthien’s wife headlining the opposing team, it led to an intense shoot off, which Denmark won, leaving the USA to shoot for bronze.

Gellenthien and Ochoa-Anderson will each have another shot at a podium finish in tomorrow’s team events. The women’s team is ranked first and the men are third headed into matches.

Complete results from the event are available here. Finals matches will be live this weekend on World Archery’s YouTube channel and the Olympic Channel.