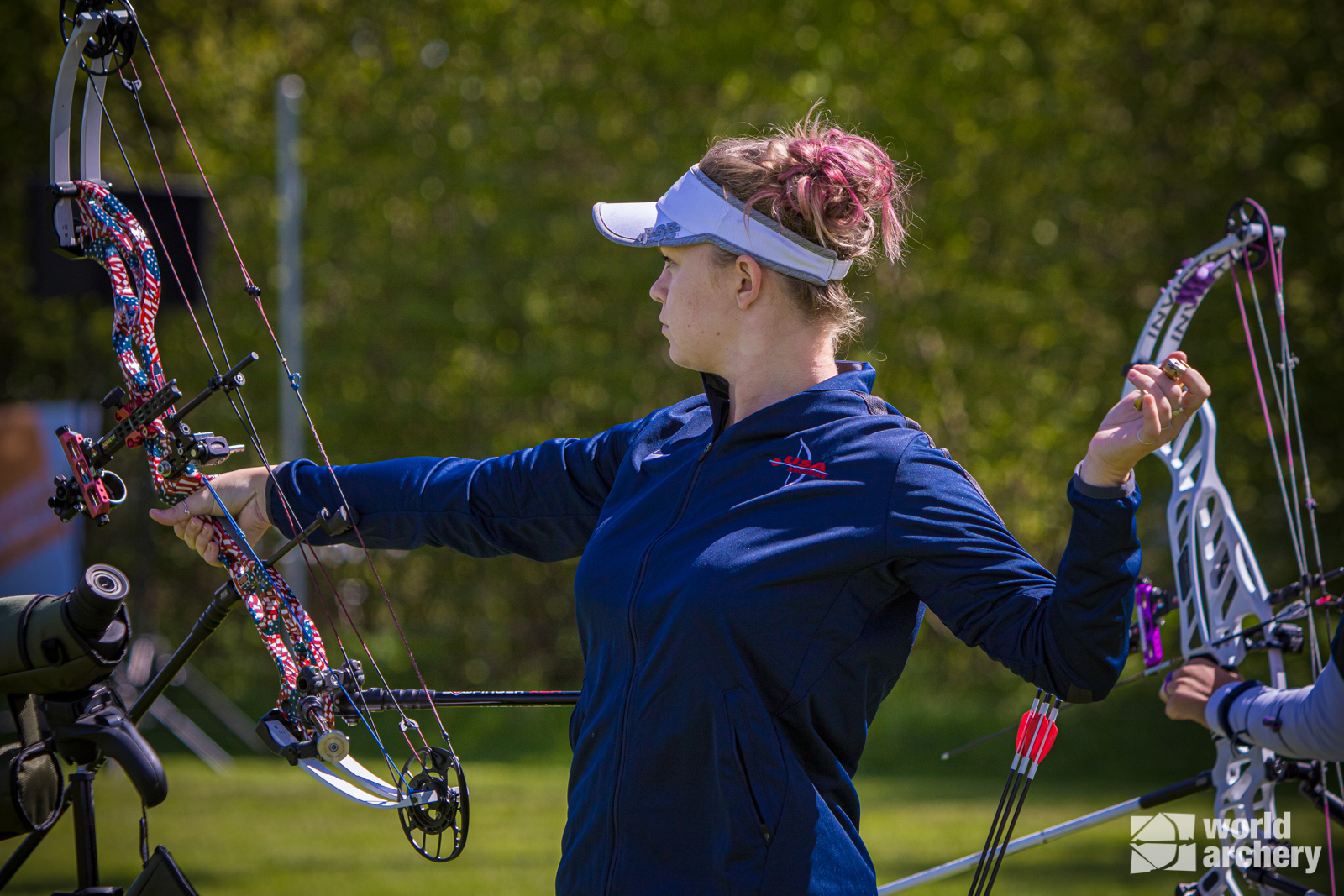 LAUSANNE, Switzerland – The World Archery Excellence Centre boasts a beautiful field for the second stop on the World Cup circuit, but cold and wet conditions pose a challenge this week. The pressure is high this season, with only three world cup events to qualify for the Final, but as it was recently announced the Final will be held in Yankton, South Dakota, the U.S. is guaranteed at least one of the elite eight spots in each division.

Braden Gellenthien already punched his ticket to the Final with a win at the first leg of the tour in Guatemala City last month. Looking for a possible circuit sweep, the most decorated archer in world cup history qualified 3rd today with a 713, just behind the Netherlands’ Mike Schloesser and Denmark’s Stephan Hansen. With a 706, USA’s Kris Schaff was 14th and James Lutz was 16th with a 705.

Historically one of the strongest teams in the world, the powerful trio qualified 3rd behind Denmark and, a surprise, Turkey. 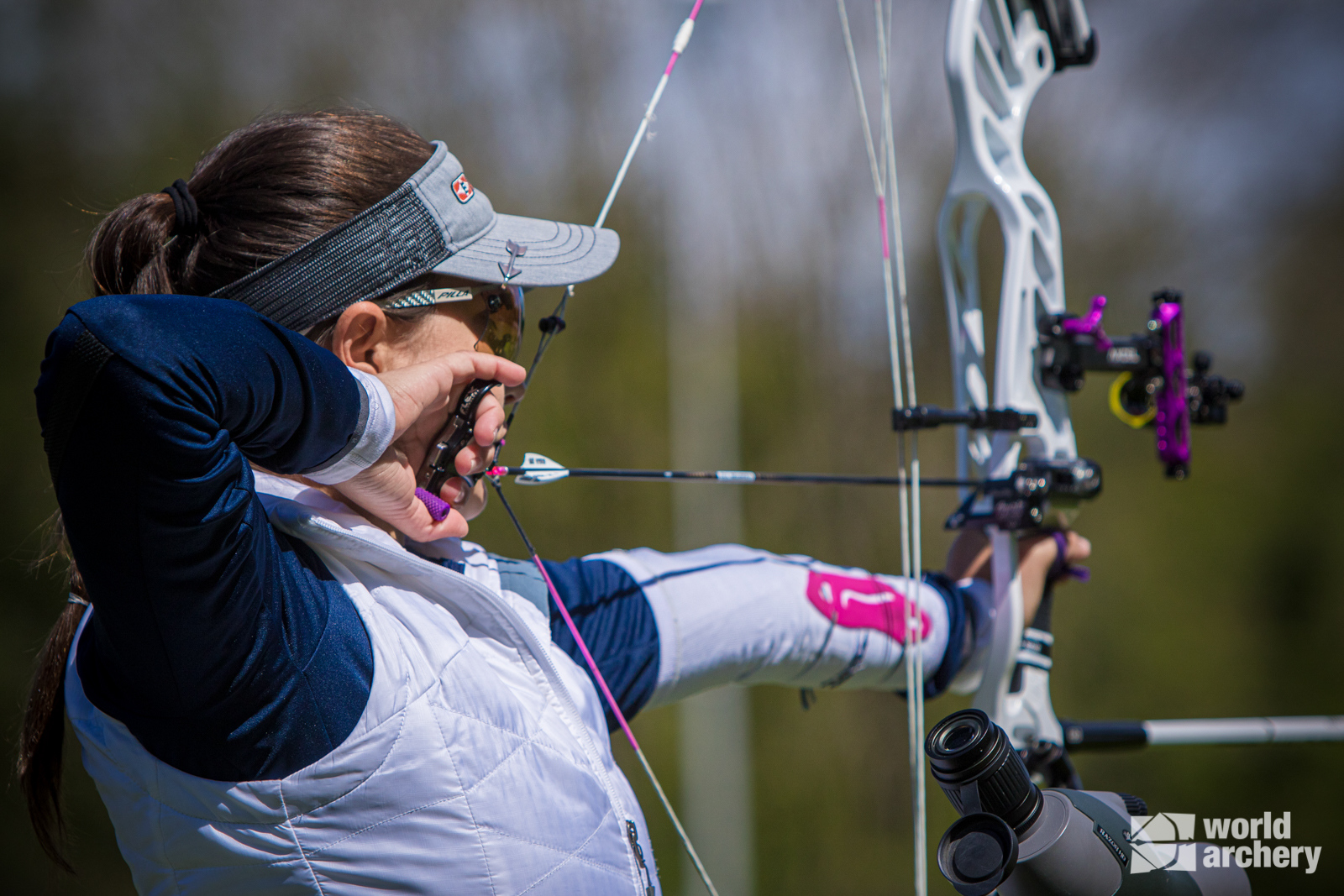 Linda Ochoa-Anderson, in her debut season on the U.S. world cup squad, led a strong compound women’s team to a first-place qualification, ranking 3rd individually with a 701. The U.S. team won gold in Guatemala and also look strong to repeat their success. It was also there that Savannah Vanderwier made her world cup debut and finished with bronze over Alexis Ruiz, who had a breakout rookie season in 2019, finishing on the podium of every stage that year.

It’s an interesting season; back after a one-year hiatus, the global health pandemic and travel restrictions are still concerning or prohibitive for some, and we are not seeing the stacked teams we are accustomed to having on the circuit. Although the Olympic Games are just weeks away, many archers are forgoing the international competition opportunities afforded them by attending the world cups. 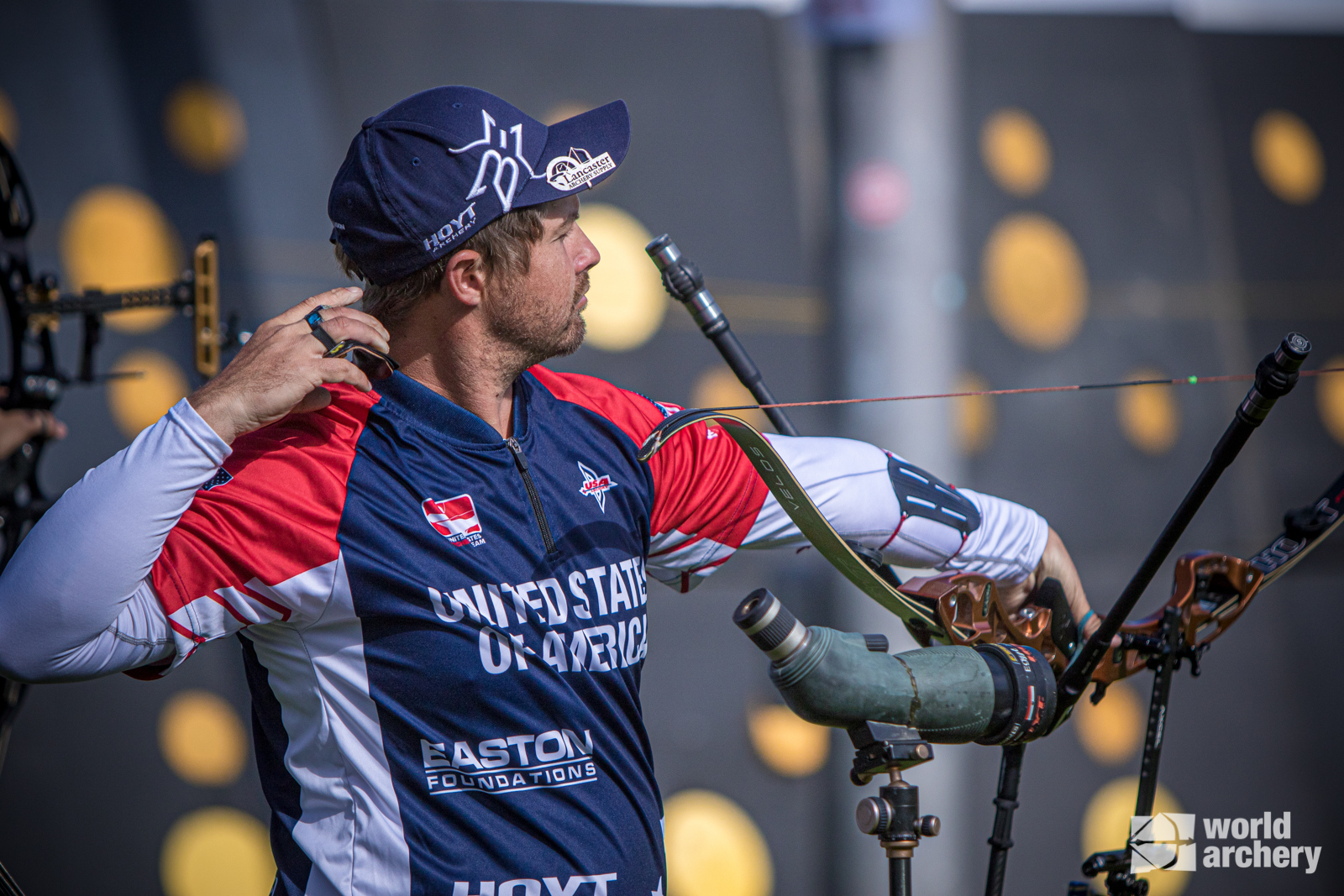 Brady Ellison, in the hunt for his sixth World Cup Final champion title, qualified 2nd today with a 686 and a strong 10-point improvement in his second half. His first 36 arrows had him in 6th, but he pulled ahead with the highest scores over the final ranking ends.

Jackson Mirich qualified 65th for the U.S., but without a third teammate, they will not compete in the team event. Olympic hopeful Kelsey Lard was the nation’s sole recurve woman’s entrant. Ranked 68th individually, Lard and Ellison are 20th for the mixed team event.

Complete results from the event are available here. Competition continues tomorrow with individual elimination matches for the men through the quarterfinals. Finals matches will be live this weekend on World Archery’s YouTube channel and the Olympic Channel.