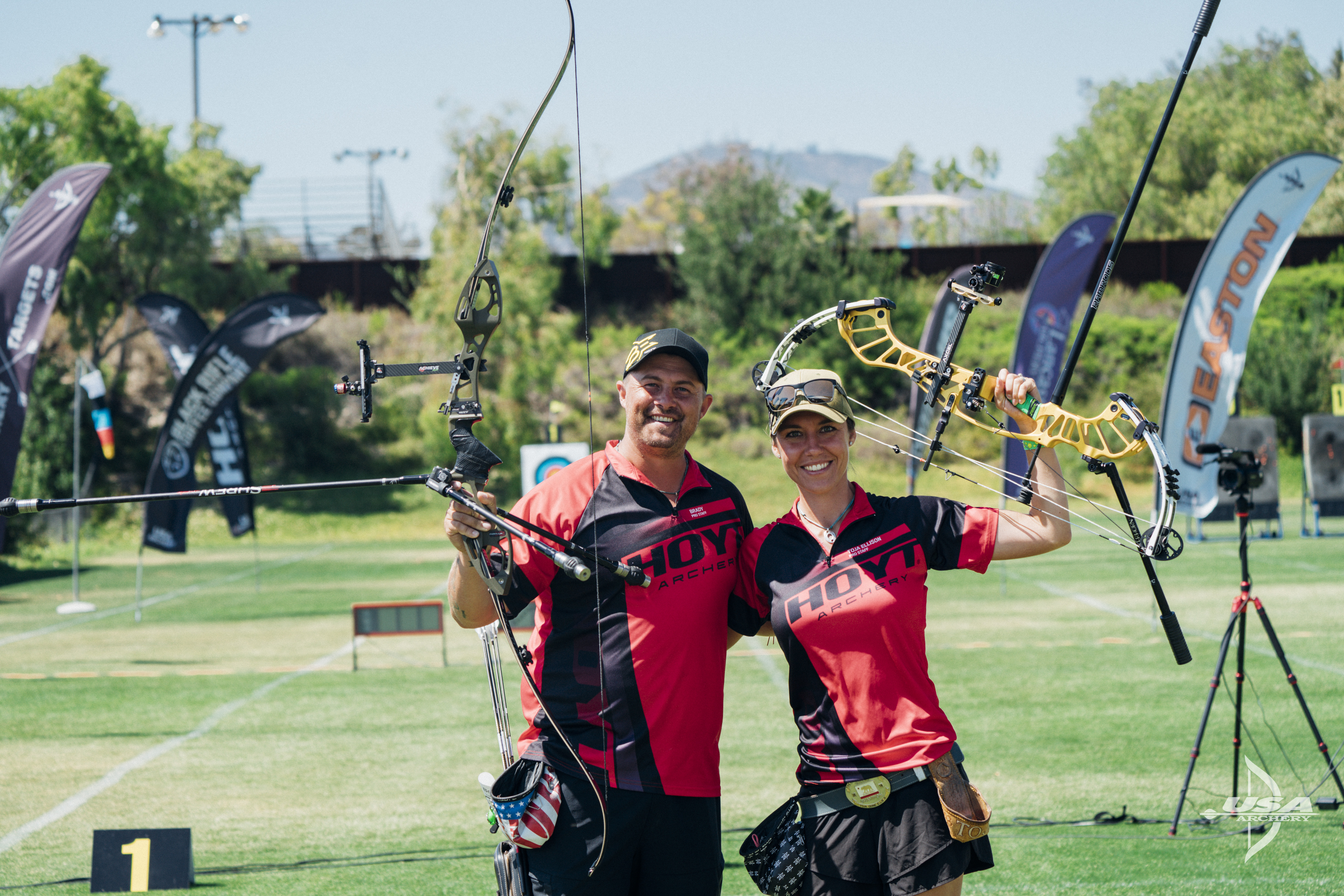 CHULA VISTA, Calif. – The Easton Foundations’ SoCal Showdown drew to a close today with some crazy windy gold medal matches after a day of intense competition, high scores, big triumphs and critical points on the board for the third of four United States Archery Team Qualifier Series events.

In a rematch of the 2021 SoCal Showdown recurve men’s gold match, Brady Ellison met Jack Williams on the finals stage. Ellison scored his third USAT champion title of the season in a 6-2 win and Matt Requa finished with bronze over Jackson Mirich. 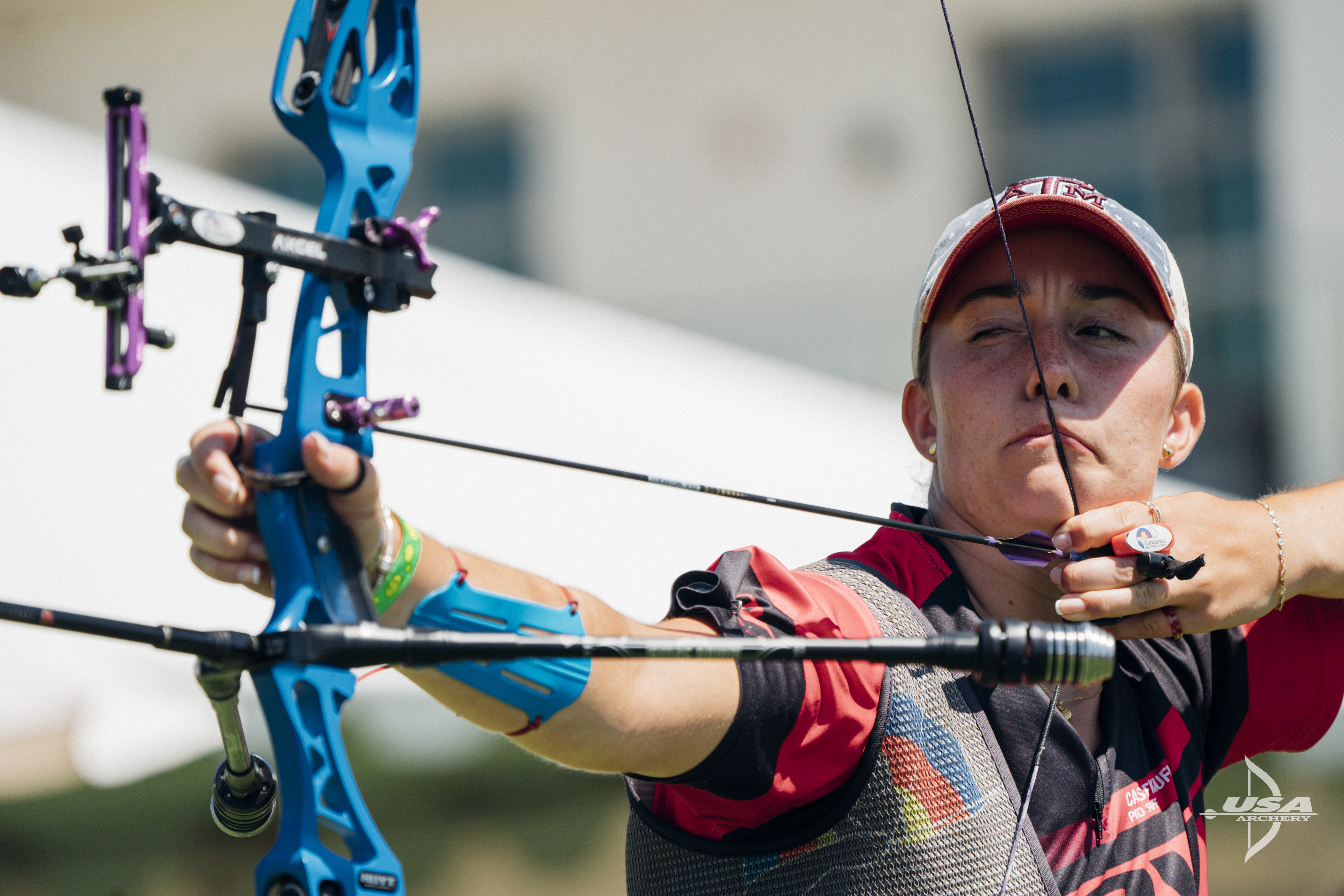 It was also Casey Kaufhold’s third gold medal match appearance of the season and the Gator Cup champion repeated a strong performance in a 6-0 win over Rebekah Brown. “Today during the prelims I was shooting really well; the lowest set I had was a 27 until I got to the gold medal match, and then it got very windy,” commented Kaufhold. “I just took it one shot at a time and tried to adjust as best as I could. There were definitely a couple shots I could have made better choices on where to aim off but by the end I figured it out and ended on a strong note so overall, I’m pretty happy. It was awesome shooting with Rebekah in the finals, she shot very well and hopefully we’ll see her in more medal matches.”

Brown climbed from the 18th seed to upset Catalina GNoriega in the round of 16 and Emma Kim in the quarterfinals. Sixth seed Jennifer Mucino-Fernandez took the recurve women’s bronze after upsetting Erin Mickelberry in the quarterfinals and finishing 6-4 in a close final match with Savannah Vanderwier. The compound men’s bracket also saw some serious upsets in today’s matches as three of the top four seeds Braden Gellenthien, Nick Kappers and Sawyer Sullivan went out in the quarterfinals. Reigning SoCal Showdown champion James Lutz pulled off another gold finish in an incredibly windy final against Tate Morgan. “This was the hardest road to the final I’ve ever had,” commented Lutz. “I had to come up against Reo [Wilde], Braden and Kris [Schaff] back to back to back and Tate is always a good shot and I knew it would be hard, but when we got to the finals stage and had that wind; it just suits me better than him, but otherwise it was a good event and I’m super happy to win again this year.”

Top seed Paige Pearce, who set a new national record in qualification yesterday, shot strong through preliminary matches, never shooting below a 147 to earn her third consecutive spot in the gold final. Toja Ellison took an early advantage after a crazy windy start to the match and held on to the lead to win 139-138.

Schaff and Alexis Ruiz ended up with the compound bronze medals; Schaff in a shoot off against Uriel Olvera Mendez and Ruiz in a match against Madison Cox.

Barebow top seeds Marcus Cooley and Nolan Encarnacion went one and two again in the final, with Cooley taking the win 6-4 in a strong comeback in the last two sets. Top women’s qualifiers Christina Lyons and Sara Gebhardt also finished with gold and silver while Jun Luo and Jamie Weber finished with the men’s and women’s bronzes. 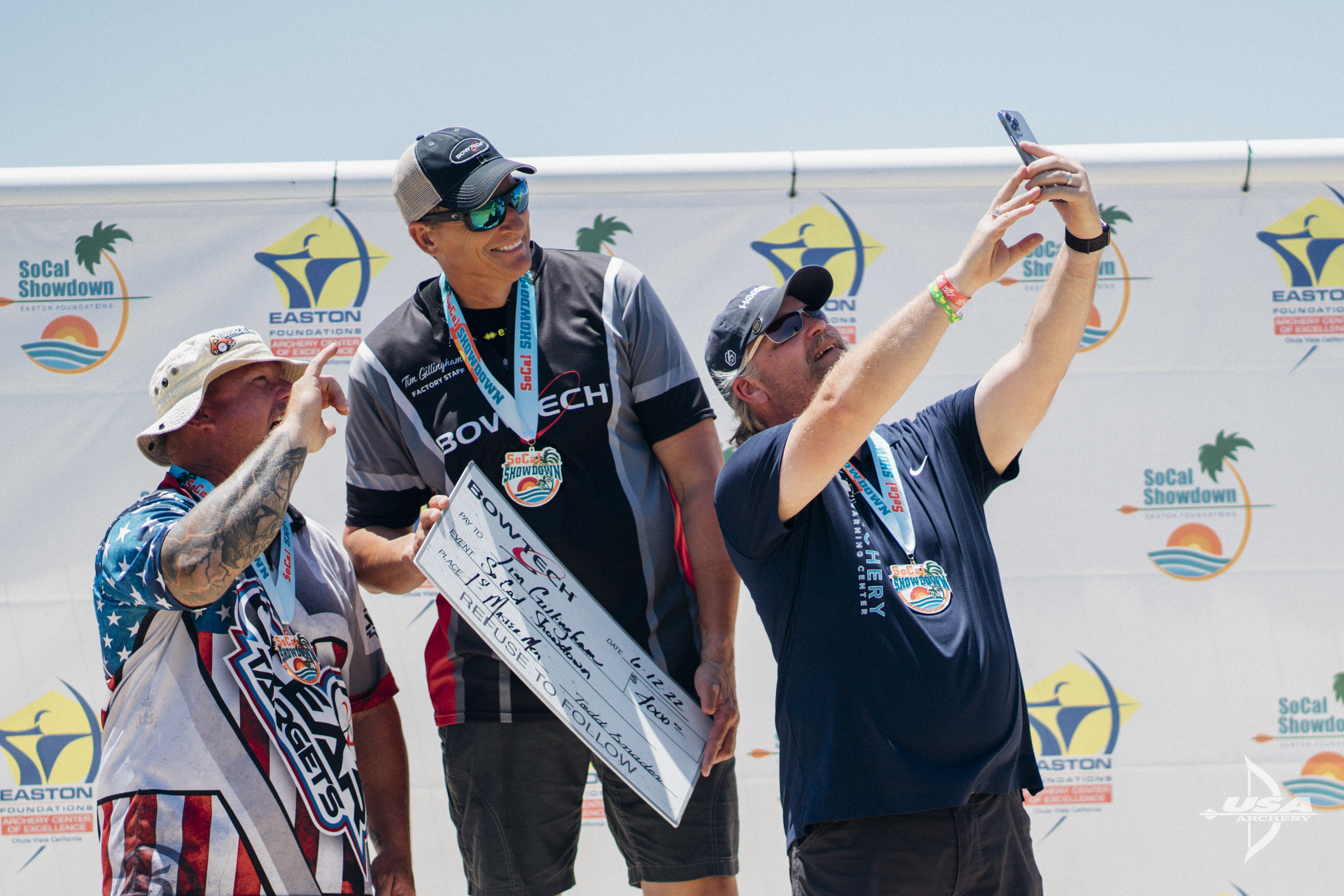 Tim Gillingham, who has qualified first and won gold for the compound 50+ men at every stop on the USAT series this season, continued his streak taking a 145-139 gold final decision over George Ryals IV. Kenneth Brunko finished with bronze. Arizona Cup champion Deanna Cronin won gold over Jena Miller in a 142-140 final and Tamara Fontenot won the bronze.

For the barebow 50+ brackets, the men’s podium went to Daniel Weiss, Russell Harrel and Raymond LeBlanc. Phyllis Shipman climbed to the women’s gold in a 6-0 shut out over Joy Burkhardt and Charlene Shelfer finished with bronze.