CHULA VISTA, Calif. – The Easton Foundations’ SoCal Showdown wrapped youth competition this afternoon with intense head to head competition. The sun was bright and winds were tricky as archers shot strong in the fight for spots on the podium and national ranking points.

The recurve U21 women worked hard to be the last on the field, taking as many matches as possible the full five sets, or to a shoot off. Gator Cup champion Jordan Marie Meiners returned to the top of the podium, winning gold 6-4 over Brianna Laux and Natalie Hong took the bronze in a shoot off against top seed Eunice H. Choi. Oscar Martinez took the men’s gold in a close final match over Cameron Senay and Nathaniel Aud finished with bronze. 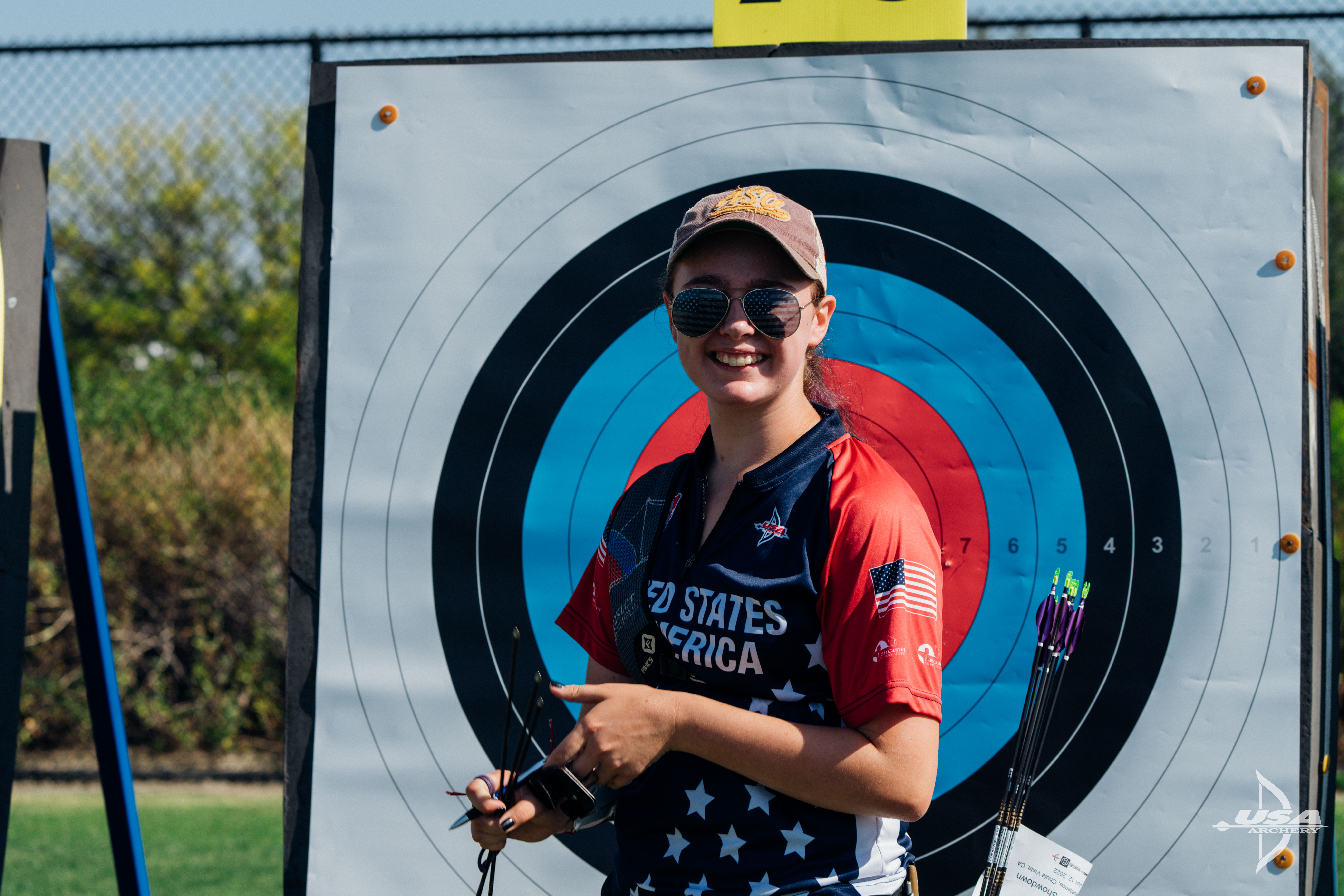 Samantha Ensign took the recurve U18 women’s gold, her second of the season after a win in Arizona, with a climb from sixth in qualification to win 7-3 over Maya Miller and Laurel Anderson took bronze.

Ensign shared: “I was really happy with today especially coming off yesterday. I’m really happy with how I handled the wind; I kind of shocked myself with that! It definitely helped having my team from Lancaster archery here; they’re really great supporters. It came down to being able to take my mind away from shooting and just focus on one arrow at a time.”

Christian Stoddard had a big win for the recurve U18 men’s bracket, one of the most contentious divisions on the field. Dylan Soong won silver and top seed Jin Kang finished with bronze.

Bodie Turner, who took silver at Arizona Cup, came away with compound U21 men’s gold today, posting a strong 148 in the final. Parker Baker won his second consecutive silver on the circuit and Arizona Cup bronze medalist Andrew Hilden repeated his performance here as well. 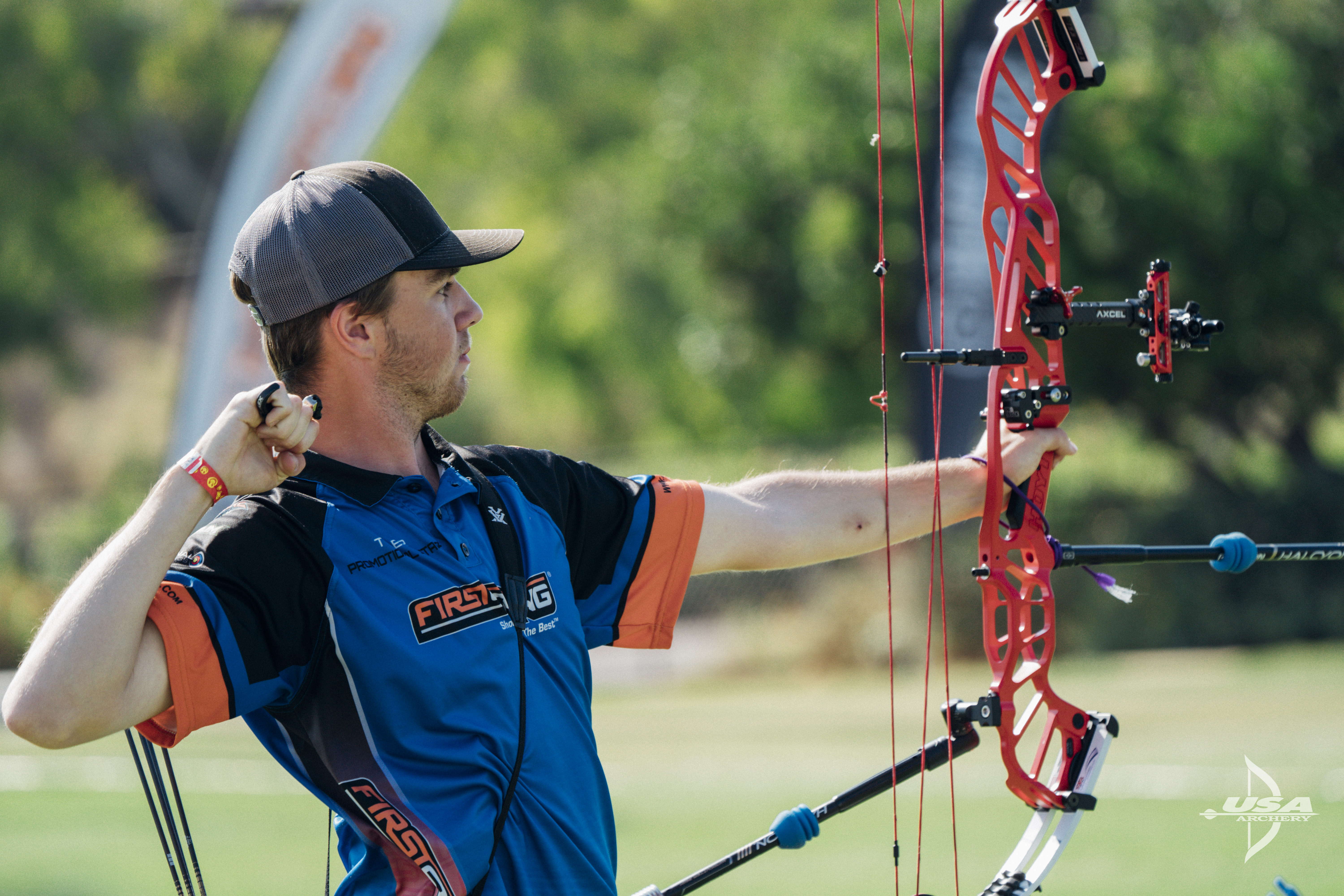 Gator Cup champion and top seed Tyler Thomas pulled off the U18 men’s gold win 146-137 over Landyn Cox and Landen Witmer won bronze. Thomas commented: “The first day went really well, I was really happy, kind of fell apart during the end but it was good. Today started out rocky, but with some good coaching and good support I made it through. Hopefully I’m going to Buckeye and JOAD Nationals so should be a good rest of the season.”

Sydney Sullivan also wins back to back USAT golds, taking the compound U21 women’s title after some challenging equipment failures at the start of today’s competition. Isabella Otter also returned to the podium, finishing with silver and Abigail Winterton won bronze in a close match against top seed and JOAD teammate Makenzie Witherspoon.

Liko Arreola, who was absent for Gator Cup after qualifying first and winning gold in Arizona, remained untouchable on the compound U18 women’s field taking the gold with a strong 149 today. Leann Drake took silver after a close semifinal shoot off win over Olivia Dean who finished with bronze. 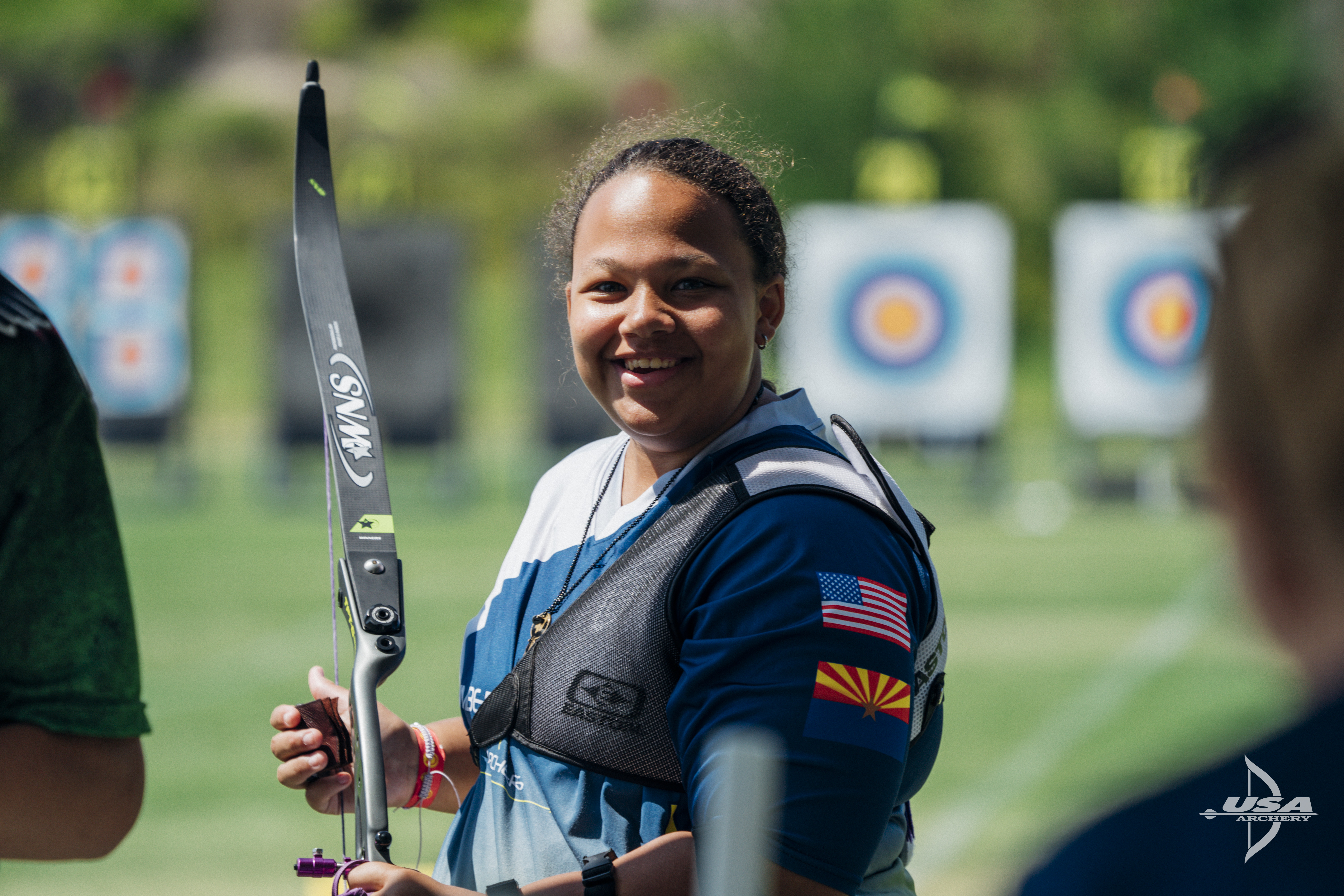 The barebow U18 men’s gold went to Andrew Van Why after a tight 6-4 gold final against teammate Arturo Medina and Jason Zaccagnini took bronze. Jaelyn Coleman won the women’s gold, also in a close 6-4 contest with Corrin Turner and Celine Pei won bronze.

Competition for the adults wraps tomorrow and the senior recurve and compound gold medal matches will stream live on USA Archery’s YouTube. Complete results can be found on Between Ends. Photos from the event are available on USA Archery’s SmugMug.