This year, something has clicked and Ellison is back in peak performance mode. He has been unstoppable in match play, winning two of three world cup events this year and finishing with bronze at the other. On the finals field, his match scores have averaged above world record pace. World Archery communication noted: “in the most-important and highest-pressure matches, Brady is currently shooting better than anyone ever has during the more relaxed part of international competition.” 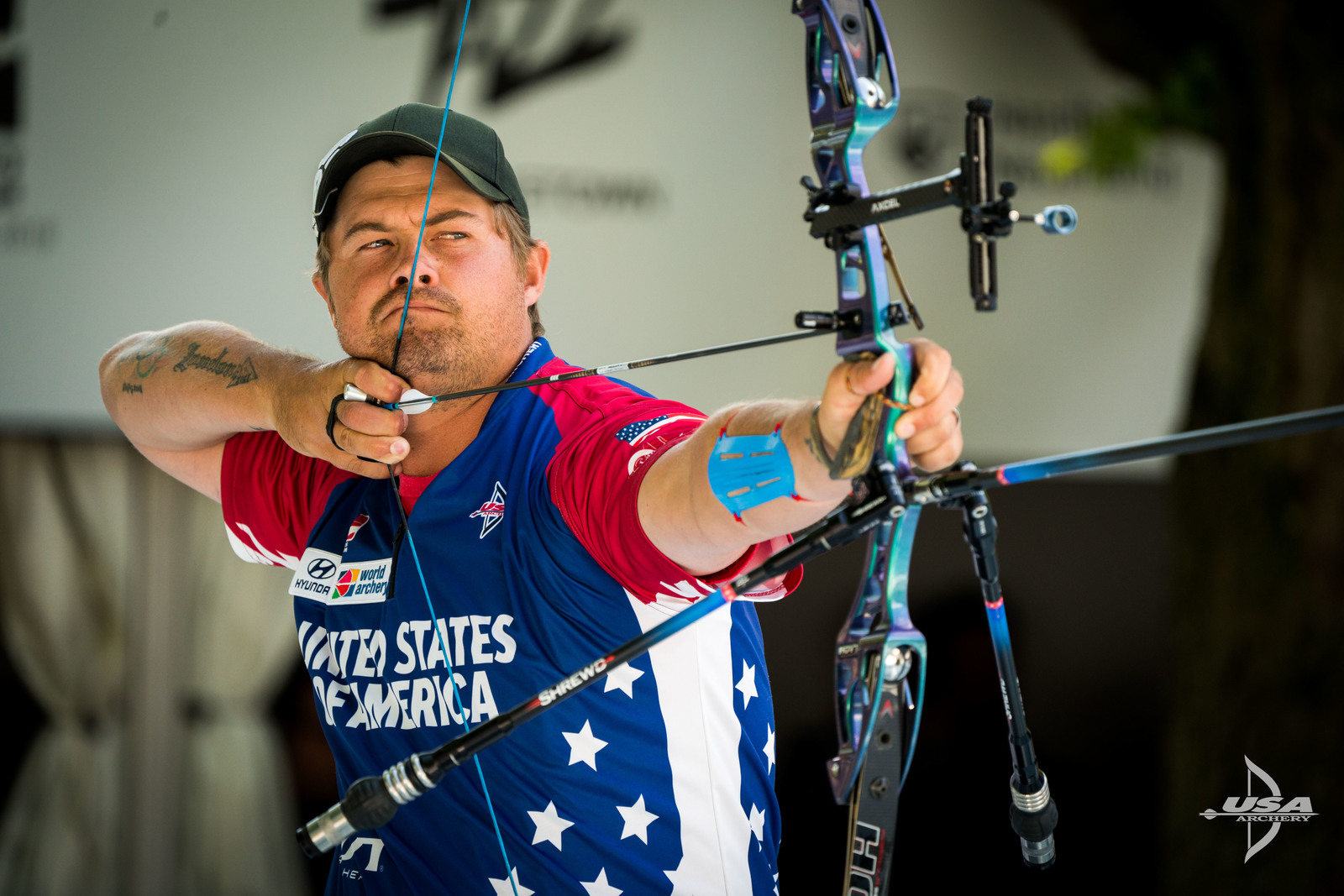 12 years in the making, Ellison finally got his first shot at gold against Malaysia’s Khairul Anuar Mohamad. The two split the first three sets, keeping the score even at 3-3 before Ellison pulled ahead. Mohamad took the final set to bring the score to 5-5 and a one arrow shoot off. Ellison shot first and loosed a solid 10. Mohamad fired an 8 and Ellison emotionally celebrated the win.

“It was a little windier on the shooters than I was expecting. I went out there in familiarization and hit right behind the pin and then that match, I don’t know if I was just excited but I hit high,” shared Ellison. “I would get sighted in and then shoot high again and I never felt like I made a bad shot, other than one low left nine that was a little iffy, but otherwise I felt good about my shots. It came down to a shoot off and I knew I was sighted in. I had 100% confidence that if I shot a good shot it would hit right where I wanted it to and if I shot a 10 I would win it.” On finally winning the world title, Ellison added: “I was close in 2011 with the bronze, I’ve always wanted it so bad, and then just I’d get there and make a little mistake and go out in the quarters and don’t give myself the chance. I shot good here, I’ve been shooting good all year and it just hasn’t sunk in yet. I’ll start crying soon.”

Complete results from the competition are available at www.worldarchery.org. Photos are posted daily to USA Archery’s photo site. The matches will be live at www.olympicchannel.com/live. For more, follow USA Archery on Facebook,Twitter, and Instagram.