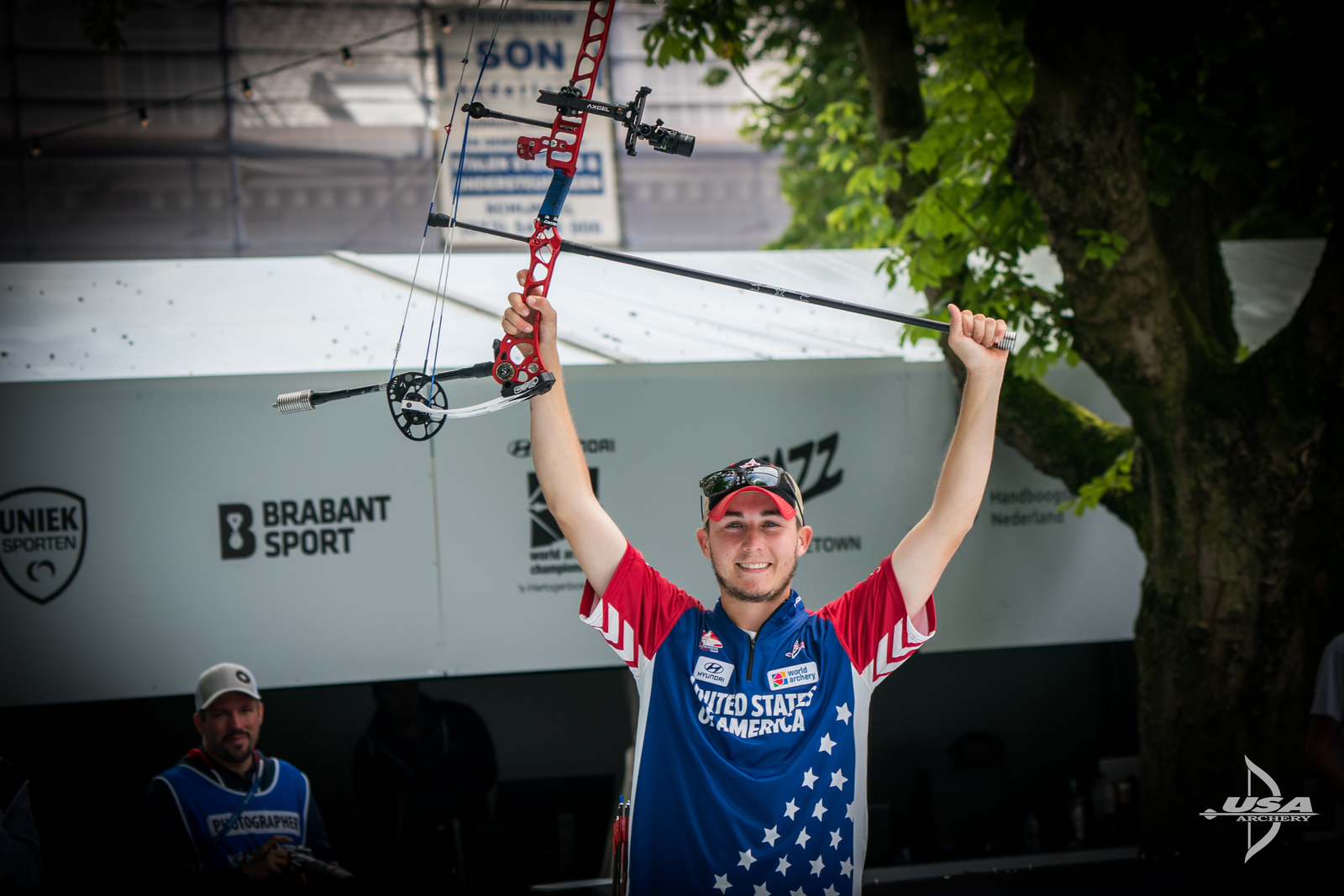 Lutz outscored the World’s No. 1 and 2 ranked archers on his way to the gold final, where he met Norwegian rookie Anders Faugstad. Lutz dropped just two points over five ends to take a massive win 148-144.

“I wasn’t as nervous as I was in Turkey, just because that was the first time I was ever on a stage like that, but I still had nerves,” shared Lutz. “Sleeping last night was rough, but I knew if I just stuck to my game plan that things could go well. Dropped a couple more points than I wanted to but in the end, we got the outcome that we went for, so it felt good.

“I was having fun from the first arrow. Once I knew my sight was good and where I wanted to be, I dropped my second arrow, which obviously wasn’t fun, but I knew if I stuck with what I was supposed to do, it would work out. I had some fun with Braden, made some jokes, had some laughs and it all ended up well.” 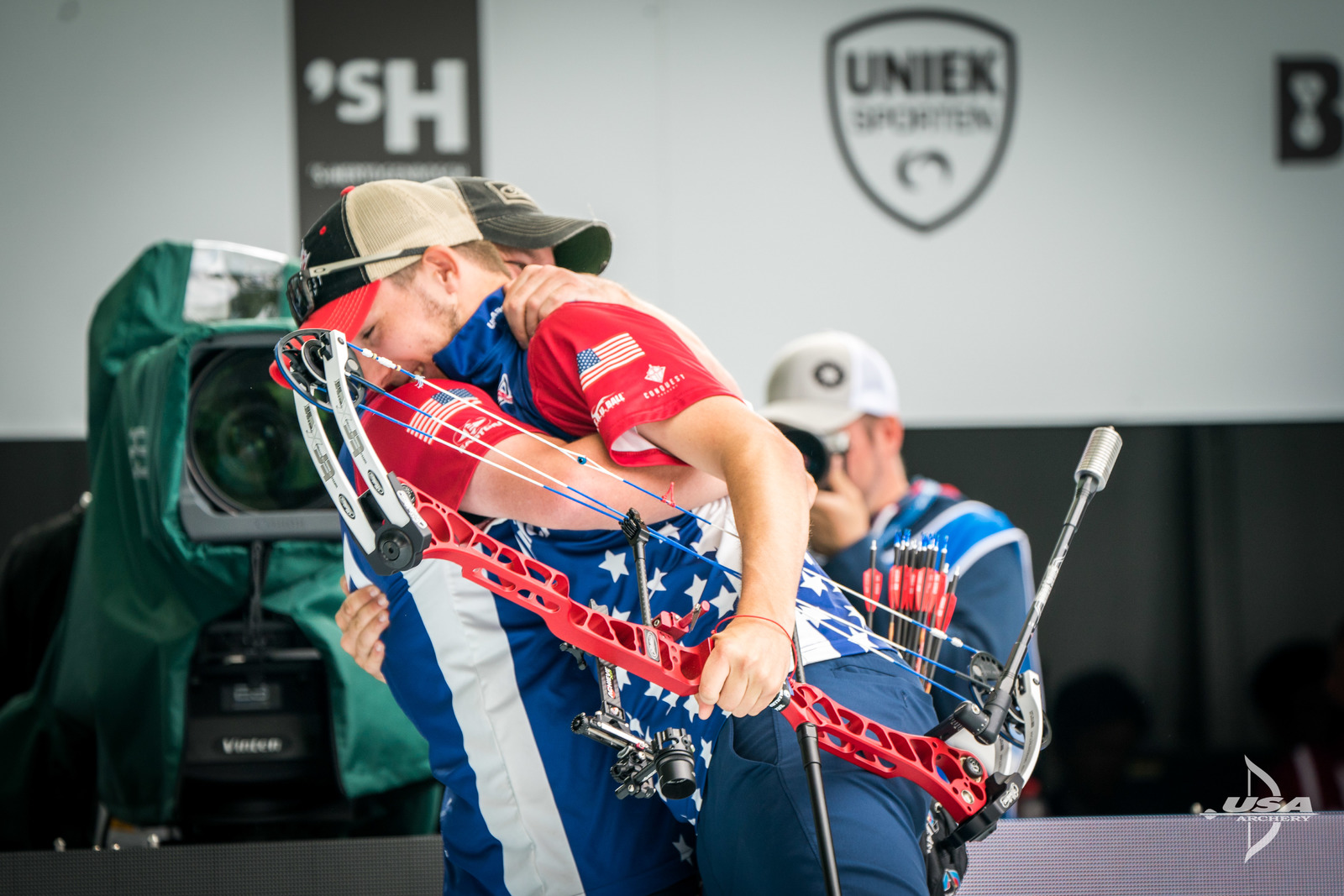 On bringing home the gold, Lutz was humbled: “The list of names that have won this before, and how prestigious that is, is really an honor and it feels really good.”

Braden Gellenthien returned to the stage to coach Lutz to the gold right after a tough bronze match against Korea’s Kim Jongho. Gellenthien struggled to hit the center in the first two arrows, while Jongho ended up with a perfect 150 to ultimately take the win. 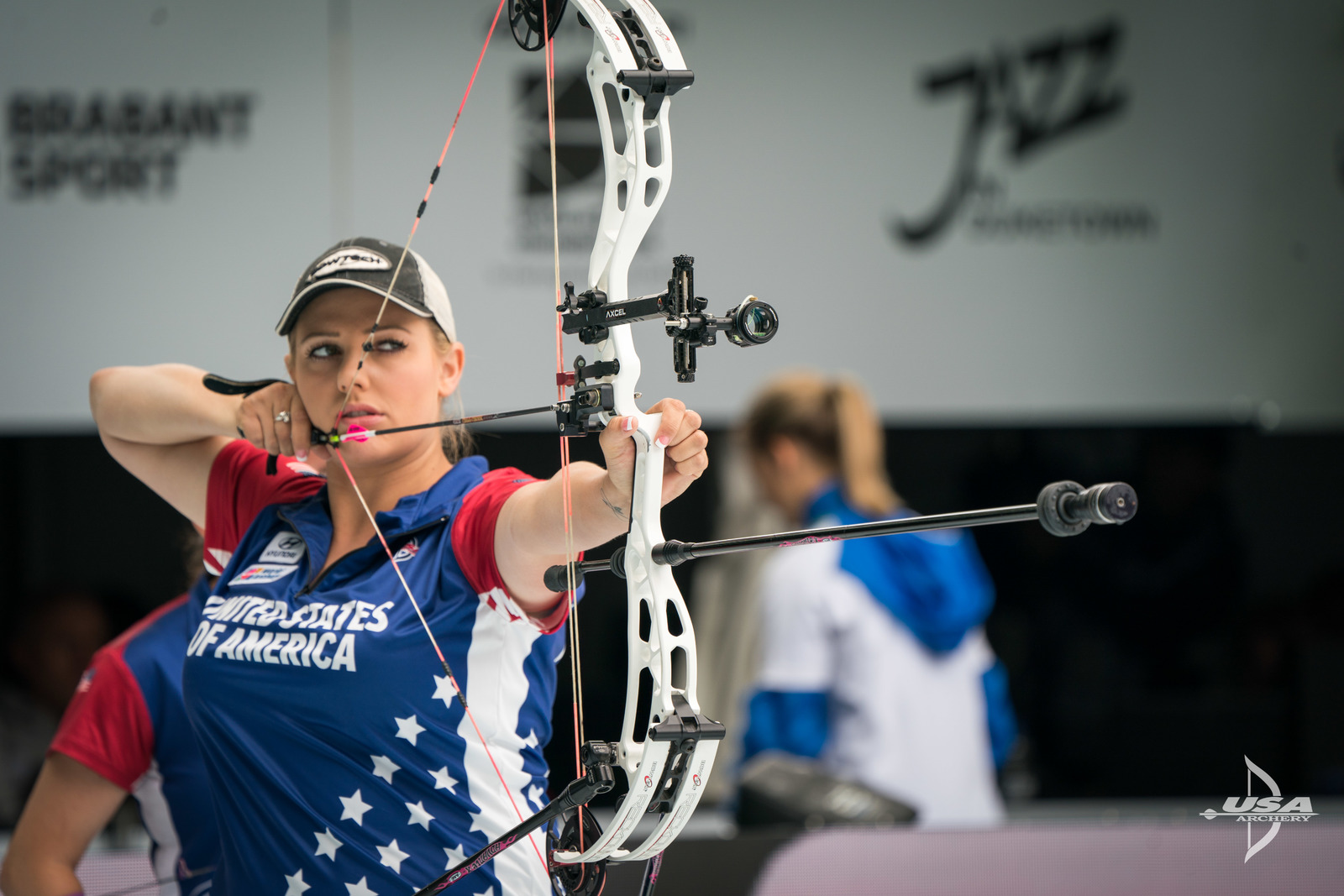 Earlier in the day, Paige Pearce took the stage for the compound women’s individual gold final too. Both reigning world field champion Pearce and Russia’s reigning indoor world champion Natalia Avdeeva opened a little low, but battled back and forth in a close race to the finish. In the final end, Avdeeva came out victorious with a 142 to Pearce’s 141, leaving Pearce with the silver – her highest target World Championship finish to date.

Pearce, along with Cassidy Cox and Alexis Ruiz also come home with silver after a tight compound women’s team match against Chinese Taiepei. Team USA took an early lead, but then Taipei picked up and pulled ahead at the end to win 229-224.

“Honestly, I feel like we performed as a team, but none of us shot how we would have liked,” shared Pearce. “I know we were all capable of more, but when you get into a finals venue it’s always such a different experience than a normal competition field. I don’t think there is anything we could have done in that moment to change the outcome of the match. I know all three of us gave it out all, and sometimes that’s all you can do. You win some, and you lose some.”

Competition concludes tomorrow with Olympian Brady Ellison pursuing his first world title in the recurve men’s gold match. Complete results from the competition are available at www.worldarchery.org. Photos are posted daily to USA Archery’s photo site. The matches will be live at www.olympicchannel.com/live. For more, follow USA Archery on Facebook, Twitter, and Instagram.