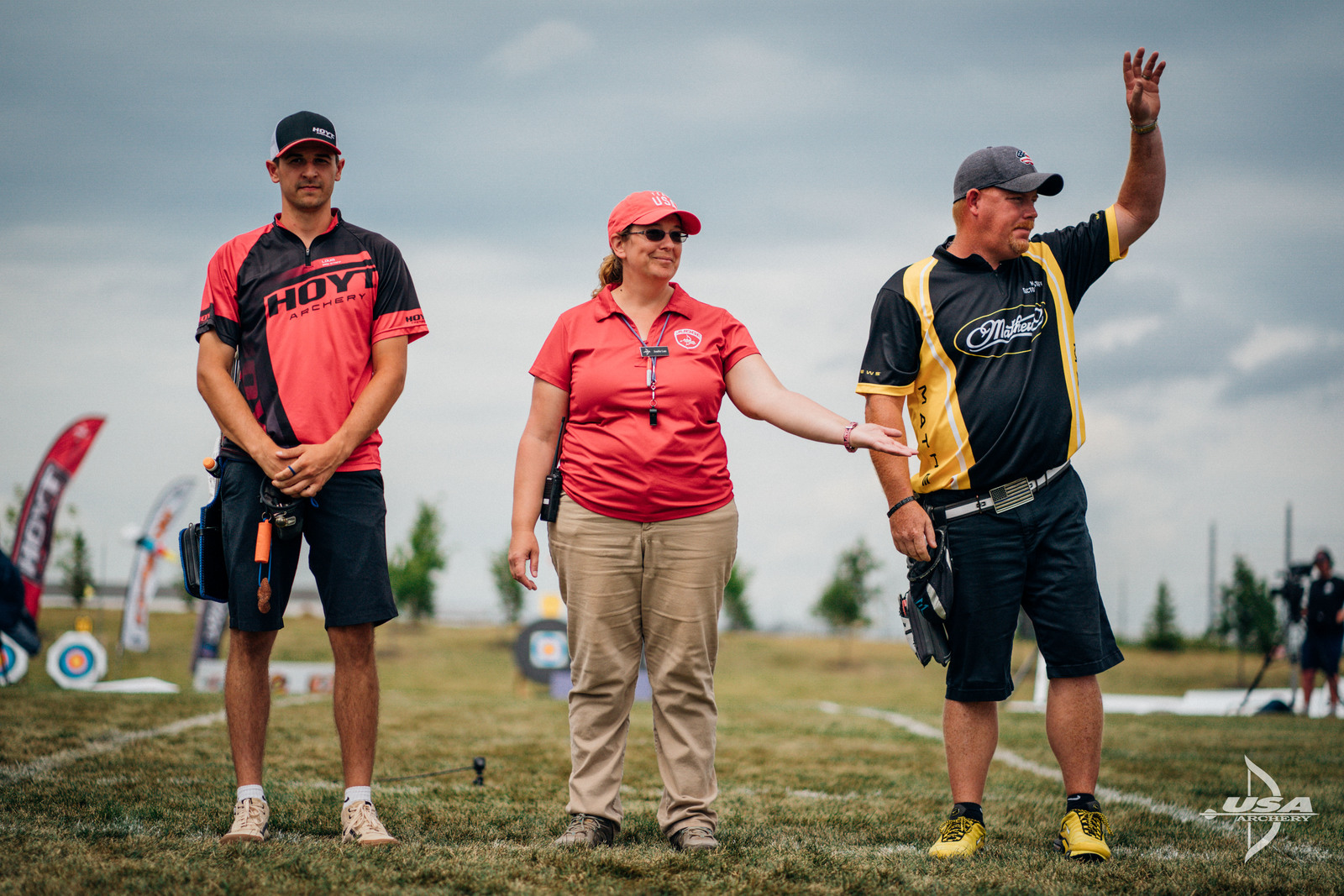 DUBLIN, Ohio – After a beautiful two days of qualification at the 135th U.S. National Target Championships, archers took on head to head elimination matches in the U.S. Open. With over 500 archers at this record-breaking event, scores were tight and as the afternoon grew windier, extra challenges were thrown into the mix. Spectators were welcomed with a free nacho bar and adult beverages were available for purchase.

15-year-old Casey Kaufhold took the recurve women’s win at the Target Nationals, in between major medal finishes at the Pan American Games last week and before she headed to the World Archery Youth Championships later in the day. Shooting strong through the brackets, she met five-time Olympian Khatuna Lorig in the gold final – a rematch of their semifinal in Lima, where Lorig was again victorious, 7-3.

“I’ve been shooting in the wind for a long time, this win feels great,” shared 7thseeded Lorig. “My qualification score was lower than I expected – I’m exhausted from international trips. It started slow this morning, but I finally got myself in concentration for each arrow each time and then just stayed positive.” Tanja Jensen of Denmark won the compound women’s gold over Toja Ellison of Slovenia 137-131 in the windiest match of the day, while World No. 1 Alexis Ruiz outscored veteran Jamie Van Natta 146-140 for bronze.

Louis Price was the big winner for the compound men – destroying the qualification rounds with matching 713s in what is likely the widest margin win of the season. Shooting against Matt Sullivan for gold, Price sealed a 139-137 victory with a 30 in the final end: “The wind is crazy right now, I barely even practiced before the Final match because I was going to get in my head and do worse, so Matt and I both stopped practicing,” shared Price. “This weekend has been really good to me, so I just went out there to give it my all, and the wind was nuts. I was disappointed with the 8, so I told myself to make a good last shot and that’s what I did.” 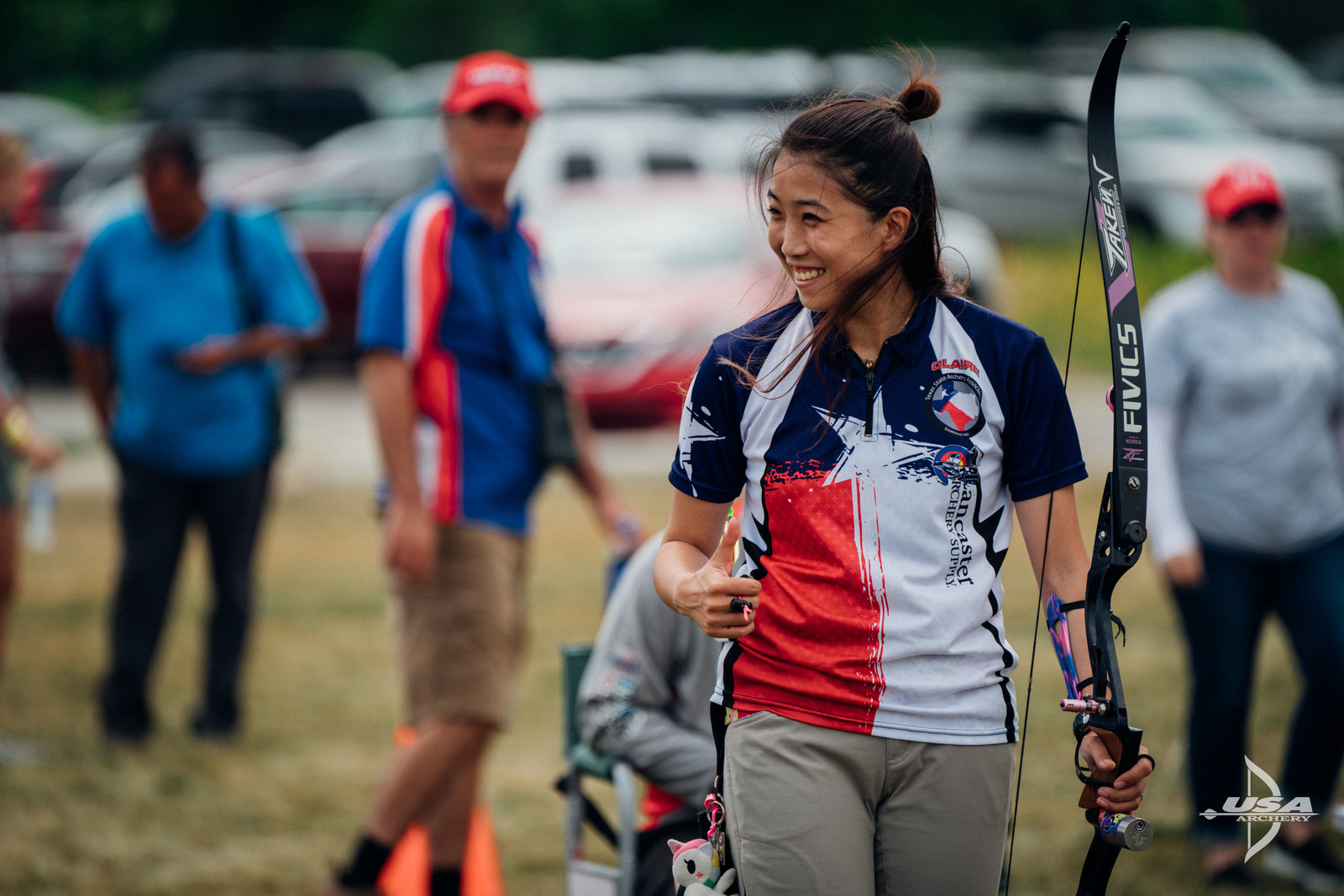 Claire Xie, the barebow women’s champion this weekend made an incredible national stage debut at her first target nationals, winning both the qualification round and U.S. Open. Shaking with shock that she had smoked a 6-0 gold victory, Xie commented: “It’s amazing, I don’t know what I was thinking, I just focused on my shooting. I don’t have that much experience in the wind, so I just tried my best.”

Barebow icon John Demmer III got redemption for his 2018 U.S. Open silver finish, reclaiming the title in a windy shoot off against John Dillinger. This is the second year in a row the barebow men’s final has come down to one arrow and “It’s quite a common occurrence that we go head to head,” shared Demmer; “it just feels right, it’s a good match, always a good match, we usually shoot pretty well, so that part is fun.” 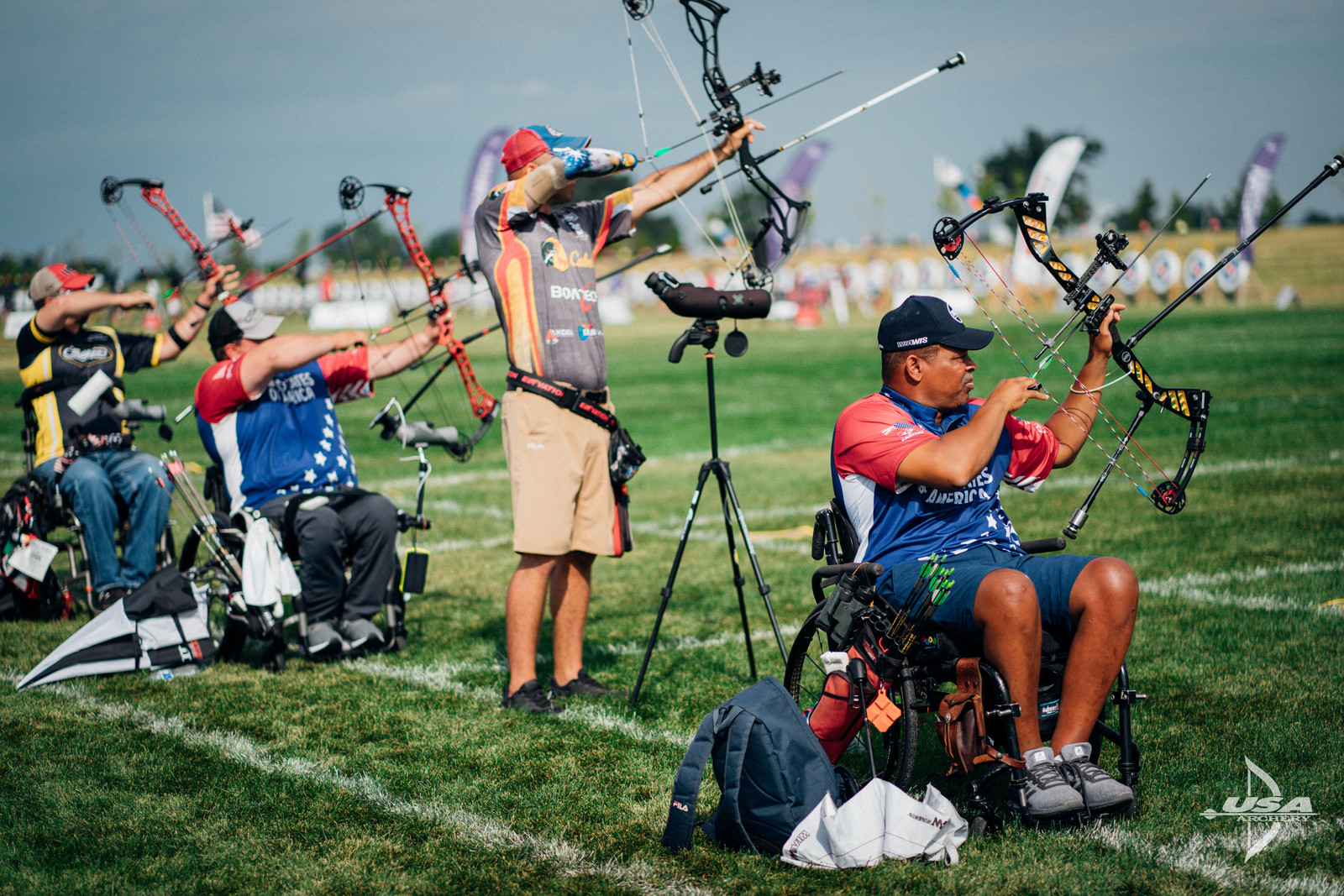 World Champion Ben Thompson and Paralympic Champion Andre Shelby went back and forth all weekend, each taking the lead in the compound open men’s qualification after one day, but it was Thompson that claimed gold in both the National Target Championships and the U.S. Open with a 141-137 final over Shelby. Andrew Pike won bronze over Lance Thornton.