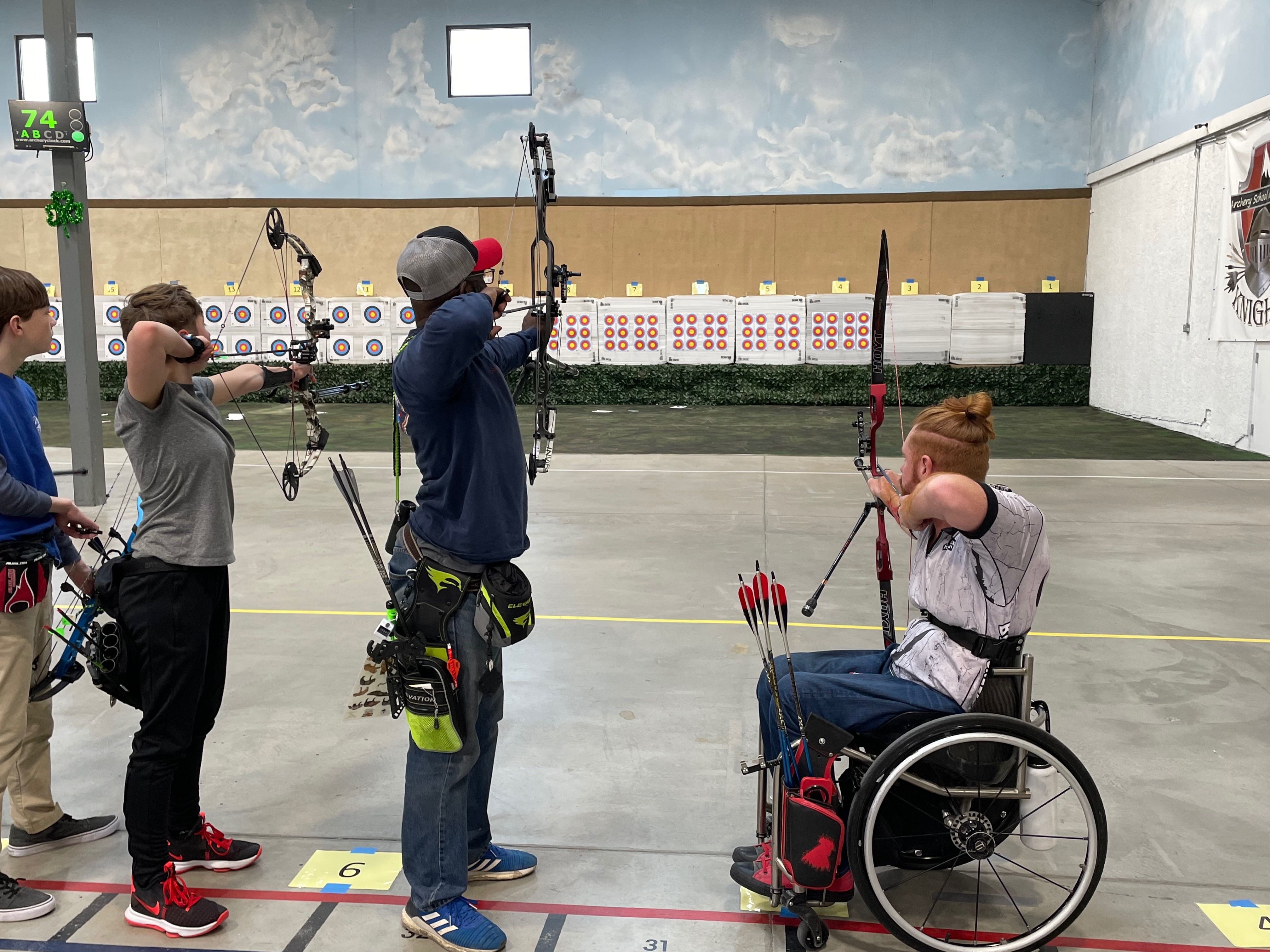 Among the notable competitors at the State Indoor Championship was Tokyo 2020 Paralympic Champion Kevin Mather, who earned the gold in the senior recurve men’s division, finishing with a score of 1139.

Malia Moseley took home the gold for the U21 compound women with a score of 1130. She shot her 30-arrow personal best with a 292 in the first round. Moseley will be attending Texas A&M University this fall and is excited to be a part of the TAMU archery team with notable Team USA archers Casey Kaufhold and Trenton Cowles.

Jacob Finger shot in both the recurve and barebow senior divisions and won the silver in the barebow category with a final score of 839. “I figured since I was making the drive to the event anyway, I might as well shoot both divisions,” commented Finger. “Each discipline helps me develop skills for the other, and I just love archery.”

Keegan shared: “After aging out of JOAD I wanted to find a way to stay involved with this amazing community I’ve found in Colorado JOAD.

Sabine echoed the sentiment: “I’ve made so many friends in JOAD over the years.  I still want to compete but judging gives me another opportunity to stay connected.”

USA Archery Event Development Manager Brad Fiala was able to connect with friends new and old. “In addition to meeting many new friends, I was able to connect with someone I shot against in a world trials in 2001, and an athlete who was part of a team I took to Dubai for Para Worlds last month,” commented Fiala. “We all find a way to stay involved with archery not only because of the competitive outlet, but from the community of great friends it creates.”

To view results from the 2022 Colorado State Indoor Championship, visit Between Ends.