USA Compound Women Back to Back World Cup Team Champions LAUSANNE, Switzerland – The USA’s compound women’s squad has had a powerful start to the World Cup season. Back to competition after a year’s hiatus, the fierce foursome features World No. 1 Alexis Ruiz, World silver medalist and World No. 3 Paige Pearce, and new to the team: Linda Ochoa-Anderson, who has a long-successful career on the circuit shooting for Mexico, and Savannah Vanderwier, who has racked up impressive accolades in youth world events. These women are here to win.

Coming off a gold win at stage one in Guatemala, and an individual bronze finish for Vanderwier in her debut event, Vanderwier replaced Ruiz in the team event with a higher qualification score. Ranking first, the team consistently had high scores across the field during all team matches to sail easily into the gold final this morning. The U.S. trio opened with a 59/60 for an early 5-point lead over Russia and never looked back. As Russia continued to drop arrows into the red, USA kept it golden to seal the win 229-214 in a dominating display. 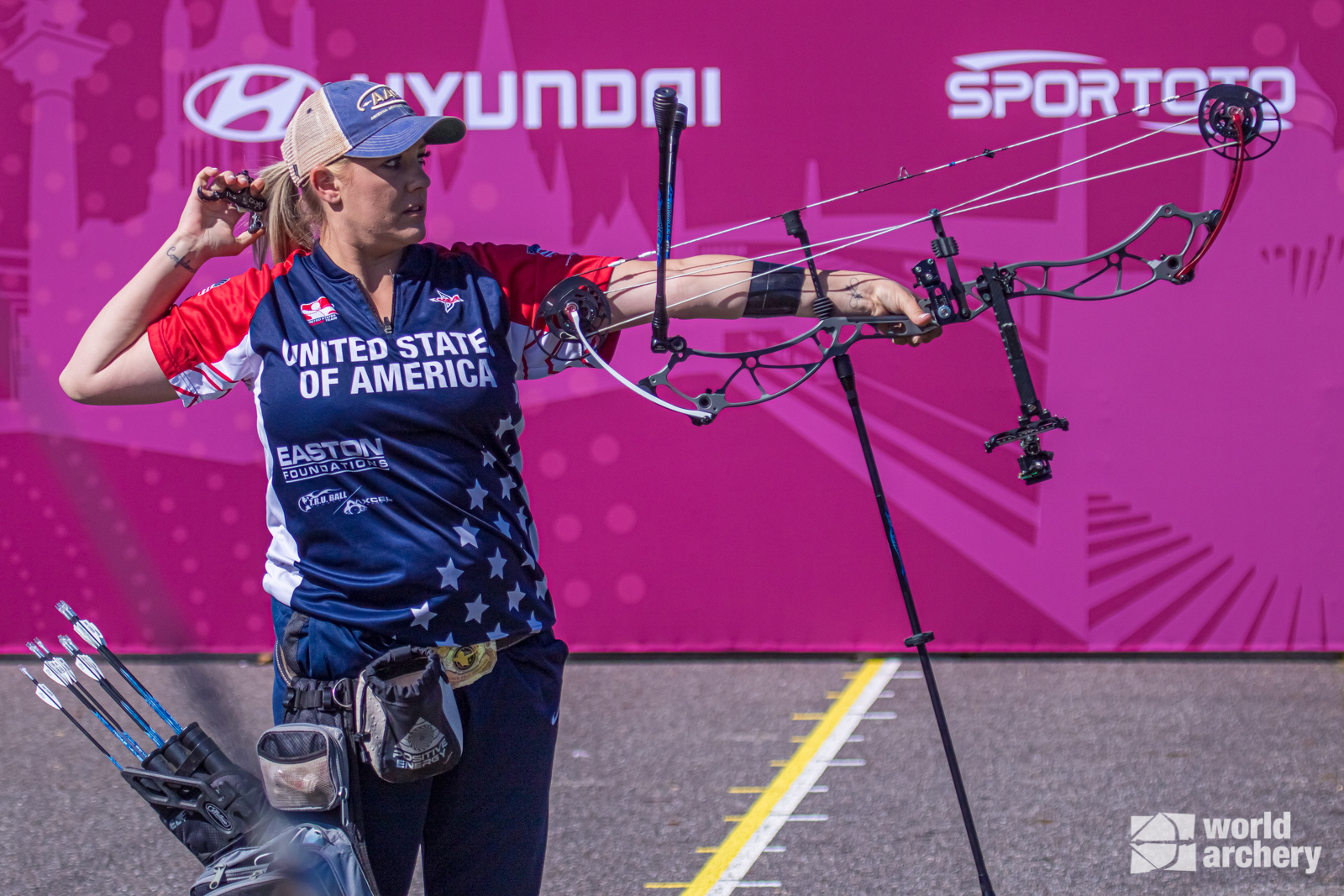 Ochoa-Anderson returned to the stage with World No. 1 Braden Gellenthien for the mixed team bronze final. The strong duo narrowly missed a semifinal win in a close shoot off earlier this week. The match was heated as USA and Great Britain passed the lead back and forth when each shot a perfect end of 40 in the middle of the match, but in the final four arrows, Ochoa-Anderson and Gellenthien pulled ahead and took the win 154-153. 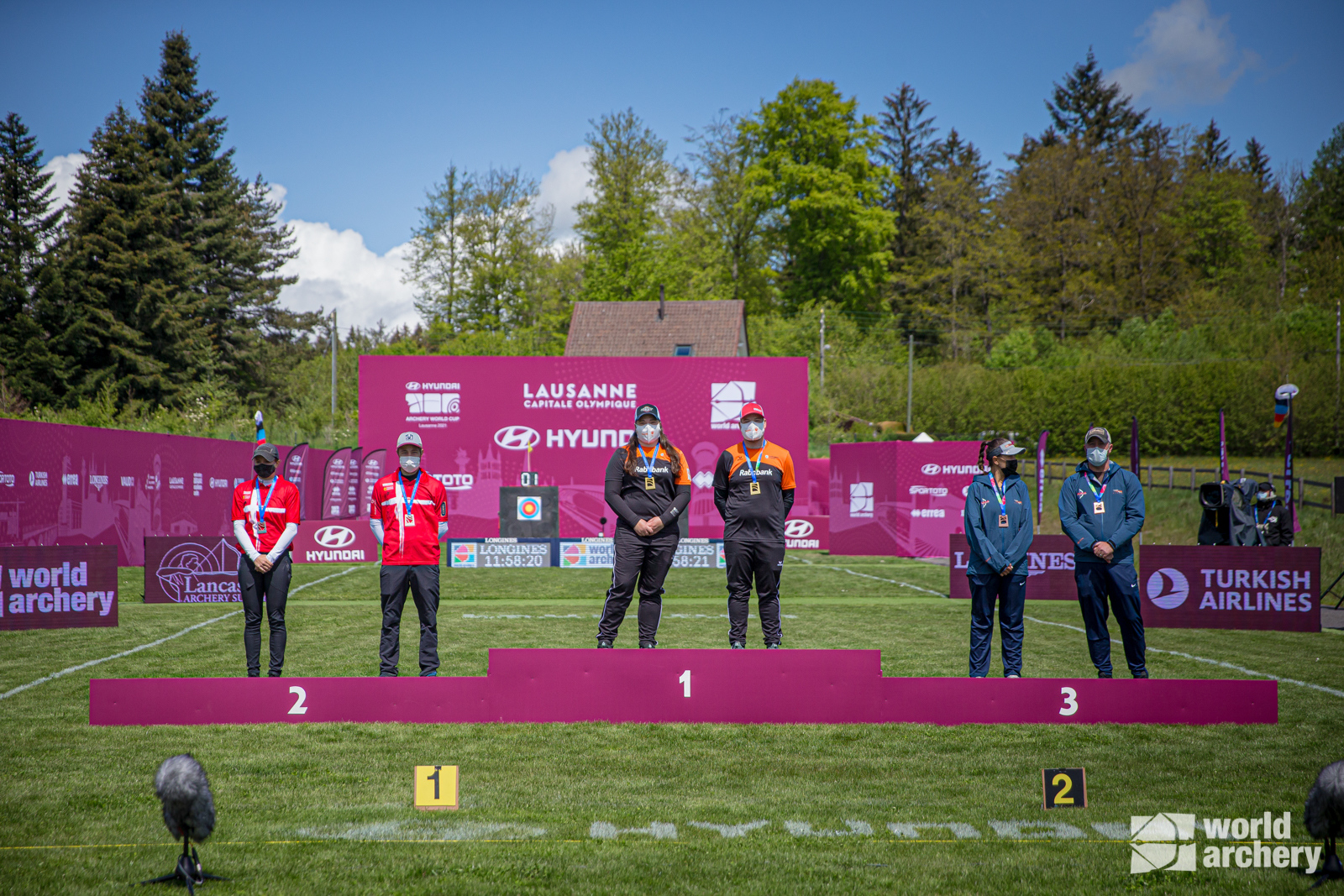 In the individual finals, Ochoa-Anderson had a third shot at the podium. She took her semifinal against Spain’s Andrea Marcos to a shoot off but ended up in the bronze final against Russia’s reigning World Champion, Natalia Avdeeva. The two both shot incredibly well and were tied at 118 each headed into the final end, where Avdeeva ultimately pulled ahead with a 10 on her final arrow to win 147-146. 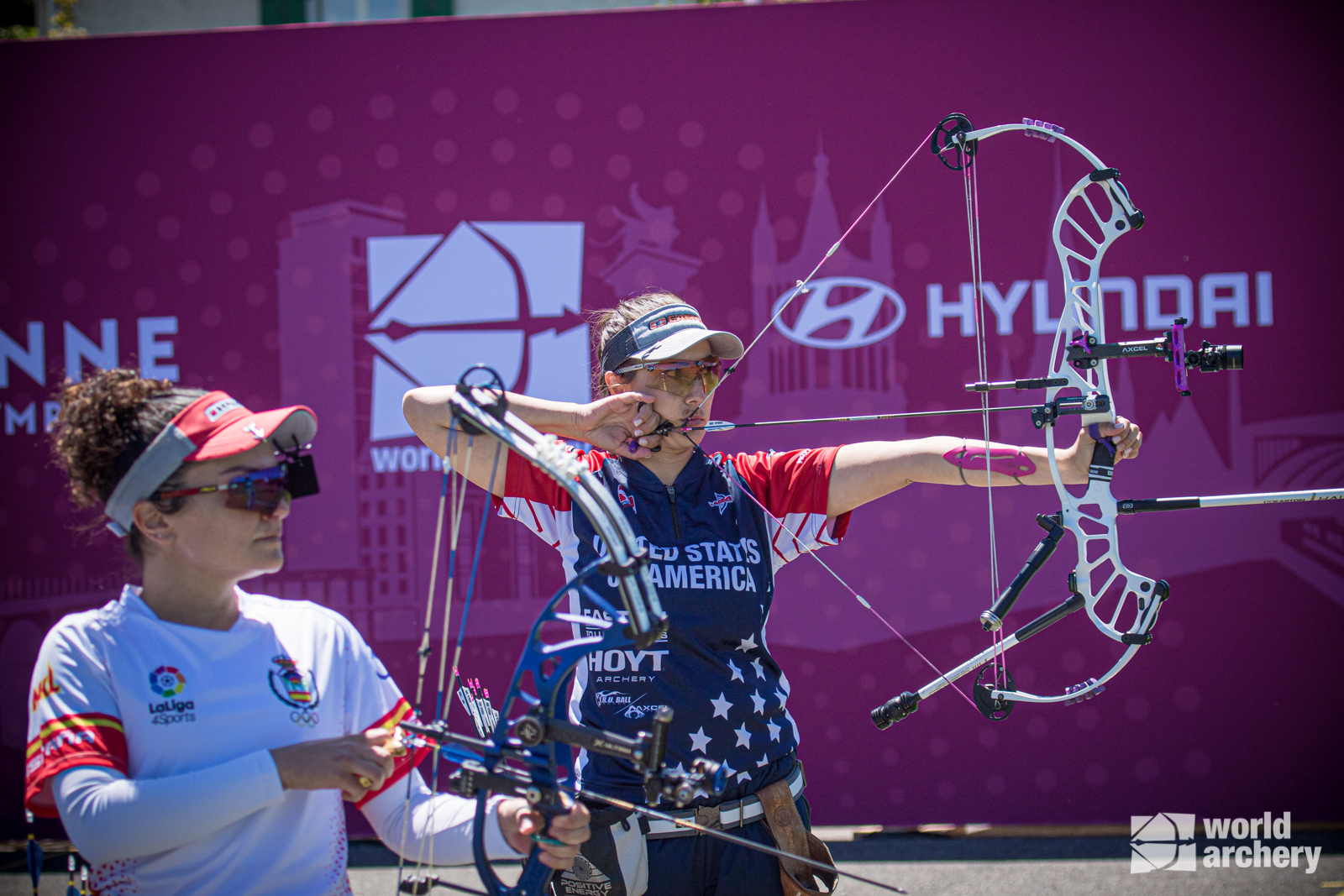 Ochoa-Anderson shared: “I’m happy to be back in the finals as an individual and I was really happy we won teams and mixed teams but I’m a little sad I didn’t medal individually since it was one of my goals, but I’ll just go home and work harder so I can make it happen.”

Competition concludes tomorrow with the recurve finals, where USA’s Brady Ellison is in the final four and will look to punch his ticket to the World Cup Final this fall. Complete results from the event are available here. Tomorrow’s matches will be live on World Archery’s YouTube channel and the Olympic Channel.