For the first time in the school’s history, University of the Cumberlands took home the highly coveted Overall National Team Championship Award. The team earned more than a dozen medals in addition to the title.

“I’m really proud of the hard work and dedication that these young individuals have put in all year. This is one of those goals that we can mark off our list,” proclaimed University of the Cumberlands Head Coach Kris Strebeck. “At the beginning of the year, we had a goal list and this was the final goal. It’s been a long time coming, they worked hard, I love every one of them, and can’t wait to celebrate on the way home.”

Cumberlands’ junior Clay Weaver added, “This is a great team victory. When you look across the scoreboard, we’ve got points everywhere. Like Coach said, this was one of our goals since the beginning of the year, so to see the whole team come together and complete it is amazing.” 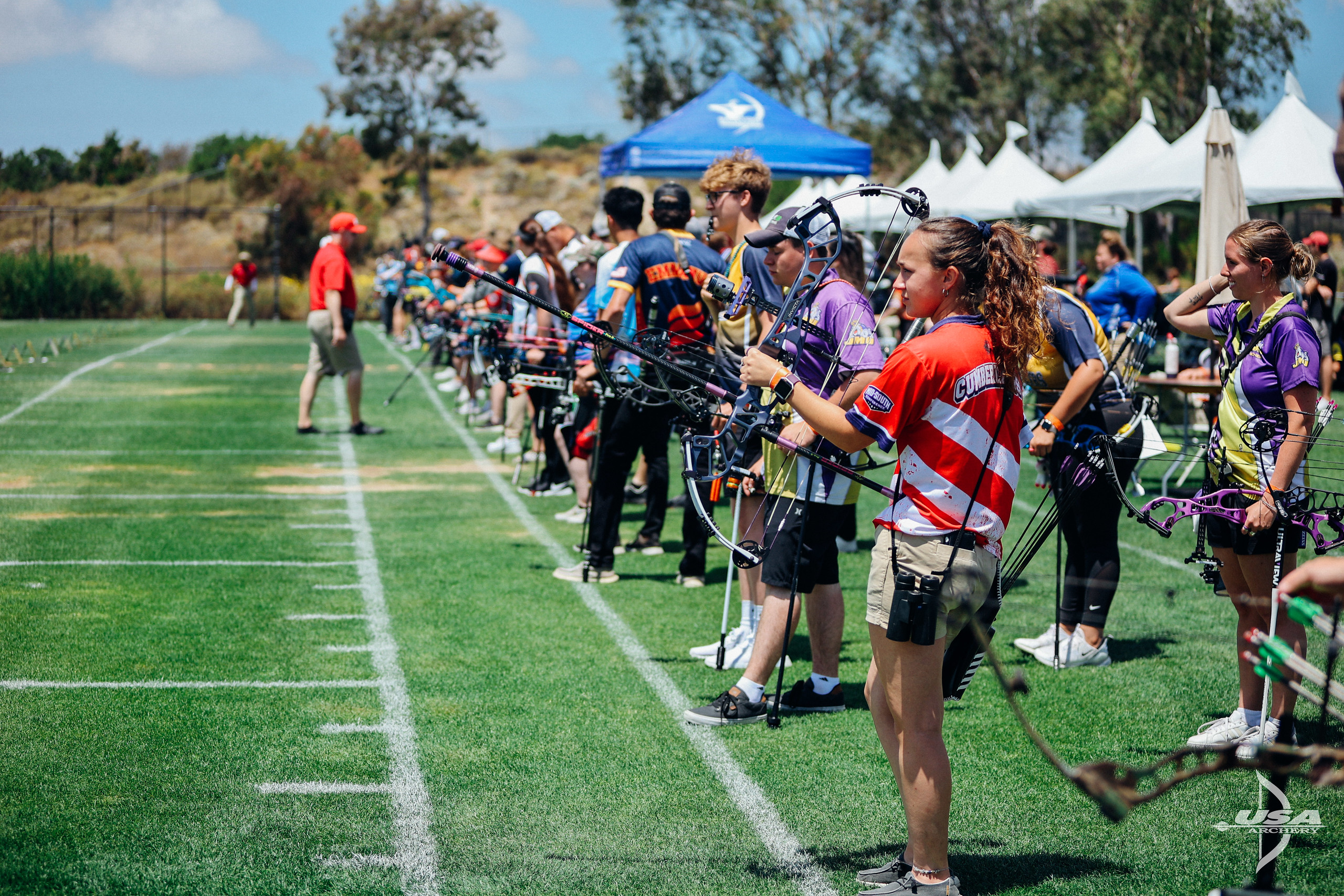 The final awards this afternoon wrap competition on another exciting year at Collegiate Target Nationals. Team spirit was in full force and a record-breaking 500-plus archers took the field for intense competition.

In a heartbreaking turn of events, Union College’s team vehicle was broken into and several teams had all their gear stolen late Saturday night. As a testament to the camaraderie of the archery community, other teams lent their equipment so Union College could continue on to win silver in the men’s compound and men’s fixed pins individual finals, and later compete in the mixed team round. 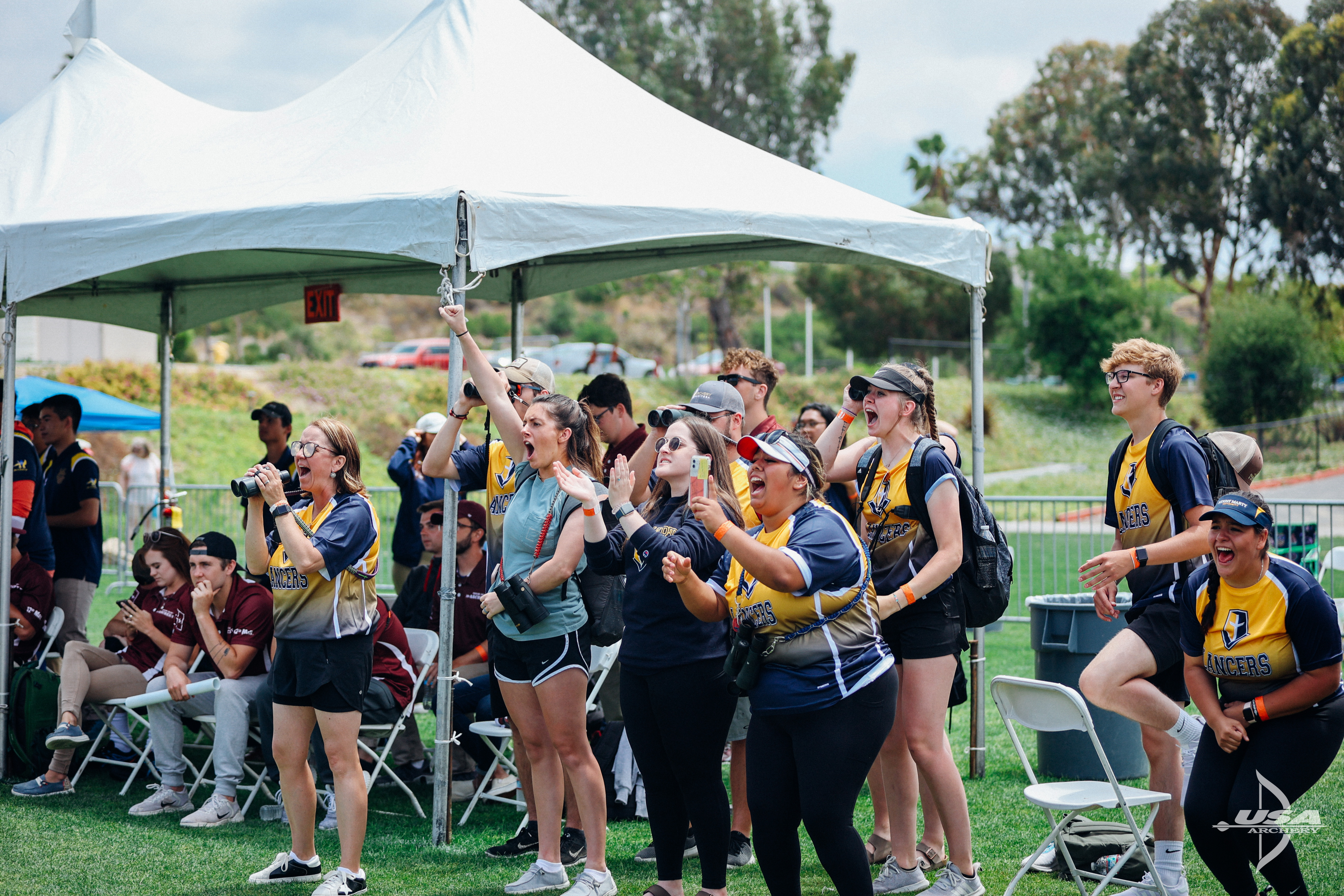 Other highlights included Junior Madison Cox of the University of the Cumberlands winning the gold in women’s fixed pins; Cox was on the hunt for the podium at this event after winning 3D and Indoor Nationals leading up to the final match against 2021 title winner, Emily Dendinger from University of Pikeville. “Winning this event means a lot to me. Freshman year we didn’t get to shoot outdoor nationals and last year we ended up third. I really wanted this one this year,” said Cox. “I joked with my coach last year that this my year to win all three – that was my goal for the year and I’ve done that today. As a team, we’re super excited. We’ve done very well at this tournament and we’re hoping to keep it rolling.”

Cooper French from University of Arizona shot a perfect match to take first in the men’s compound against Lane Brandt of Union College. “Overall it was a great weekend in Chula Vista – weather was good, a little bit windy. Some shots were complicated but overall it was a great weekend,” summed up French. “I’m still on cloud nine after that match – it was a lot of fun, a well-run tournament and a great shoot to come to for sure.”

Alex Gilliam of Texas A&M University went head-to-head against his teammate Stefan Savin to win the recurve men’s individual gold. “This weekend has meant a lot to me - I’ve had such a great weekend. My shots have felt amazing and I just love the atmosphere here,” said Gilliam. “Shooting with the team and against my teammate as well has made it feel like we were right back in College Station shooting on the practice range. So thanks and gig ‘em!” As the afternoon carried on the breeze started oscillating through the field in time for the mixed team gold medal matches. University of California-Irvine’s Connor Moran and Rui Xu took home the top slot in the barebow category.  First-year Rui Xu commented, “This is my first big competition this year, I’m pretty excited. The wind was pretty strong, but I think we did pretty good. I’m proud of both of us and our team.”

Both Moran and Xu picked up the sport just months ago. UCI Coach Chris Cheng added, “Both of them started in October. This is their first year shooting and they’re doing absolutely incredible. I look forward to more years of them just getting better.”

Complete results from the competition are available on Between Ends and photos can be found on the USA Archery photo site. The mixed team gold medal matches are available for replay on USA Archery’s YouTube.