Lyons & Davis Bring Home the Hardware from The World Games 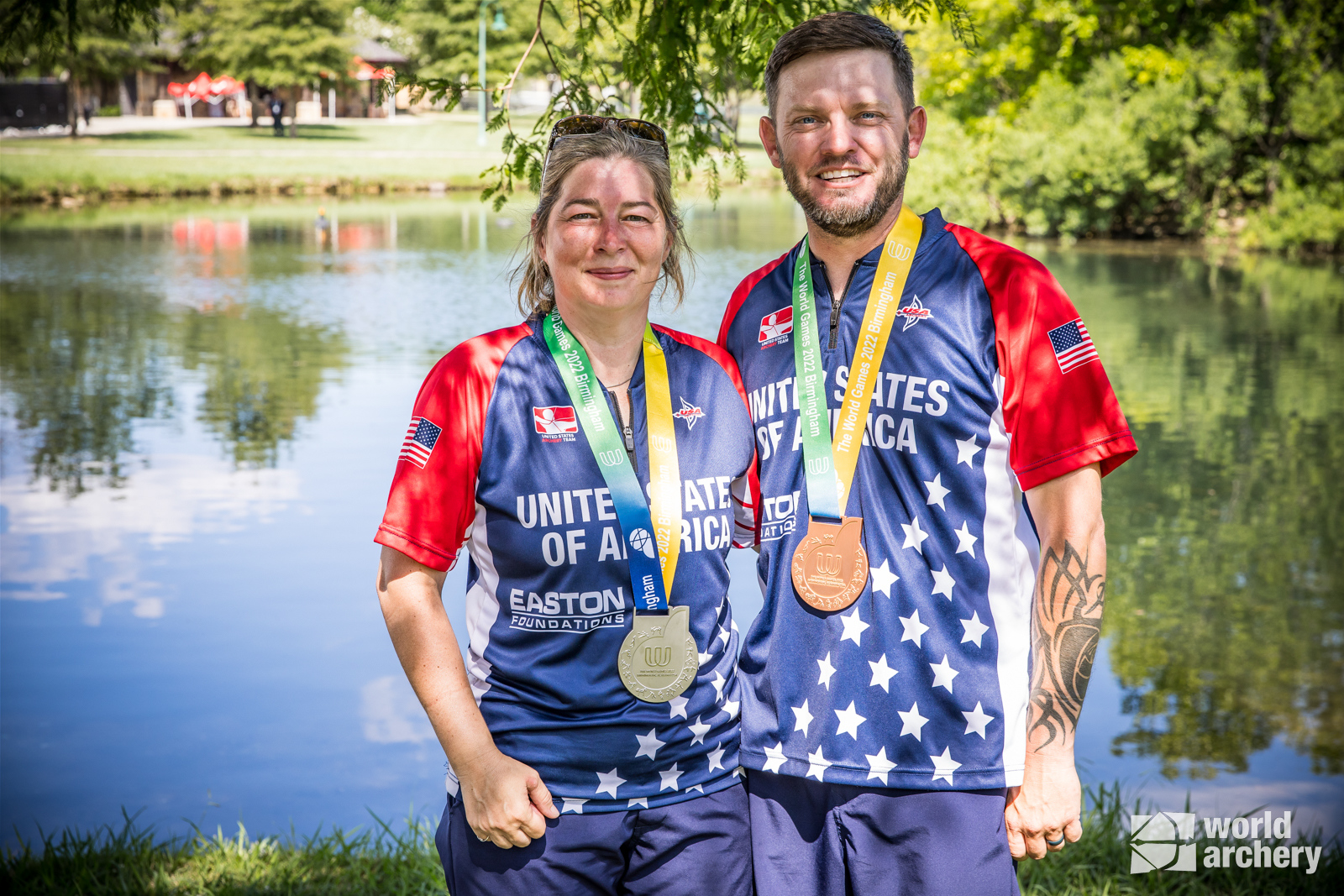 The final day of the barebow competition shifted to a platform where archers shot in front of large crowds alongside the waterfront in Avondale Park.

Lyons’s husband and 18-year-old daughter, who received emergency military leave, flew in to surprise Lyons and watch her compete in the semifinals. “I was shocked and thrilled that my family was able to be here as I shot today!” said Lyons. 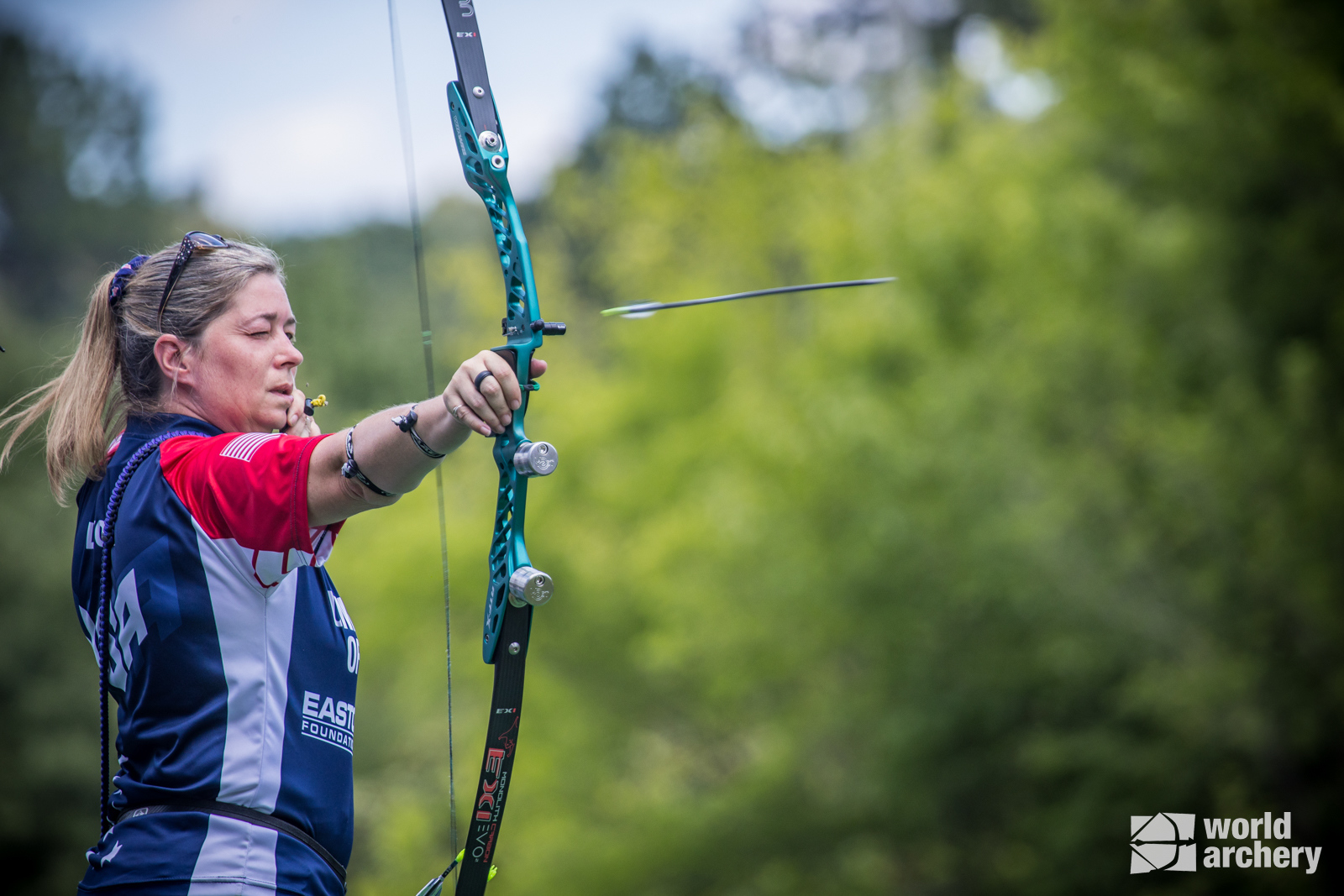 Lyons maintained a steady pace in her semifinal match against second-seeded Anne Viljanen of Finland. Lyons led the match across all four targets, finishing with a blowout 43-36 decision.

The gold medal match was contested by Lyons and the 2017 World Games defending champion, Cinzia Noziglia of Italy. After Lyons established an early 2-point lead on the first two targets, Noziglia was able to jump ahead in the second half and win the match 48-44.

“It’s overwhelming! I’m so honored to have shot with Cinzia and Lina and to be on the international stage,” remarked Lyons. “Winning a silver medal on home soil is the most fantastic feeling in the world.” Dark horse Ryan Davis, who seeded tenth in the qualification round, found himself in the semifinals facing second-seed Leo Pettersson of Sweden, who narrowly took the match 49-50.

Fresh off losing a tiebreak shootoff, Germany’s Michael Meyer went head-to-head against Davis in the bronze medal match. Posting solid scores from the start, Davis led most of the match until Meyer shot a six with just one arrow remaining. The pressure was on Davis to score a four or higher to win on the final arrow, which he did successfully to earn the bronze, 52-51.

“Things were getting close. I knew I needed to make the best shot I could considering the circumstances, and I did!” said Davis. “My wife and ten-year-old boy are here and my family and friends were watching from home; everyone’s very happy. Everything felt pretty good today.”

The barebow medal matches marked the end of the archery competition at the World Games, where the U.S. had the highest medal count of any country including the two barebow medals, Paige Pearce’s women’s compound bronze, and Brady Ellison’s men’s recurve silver. Final results are available via The World Games.