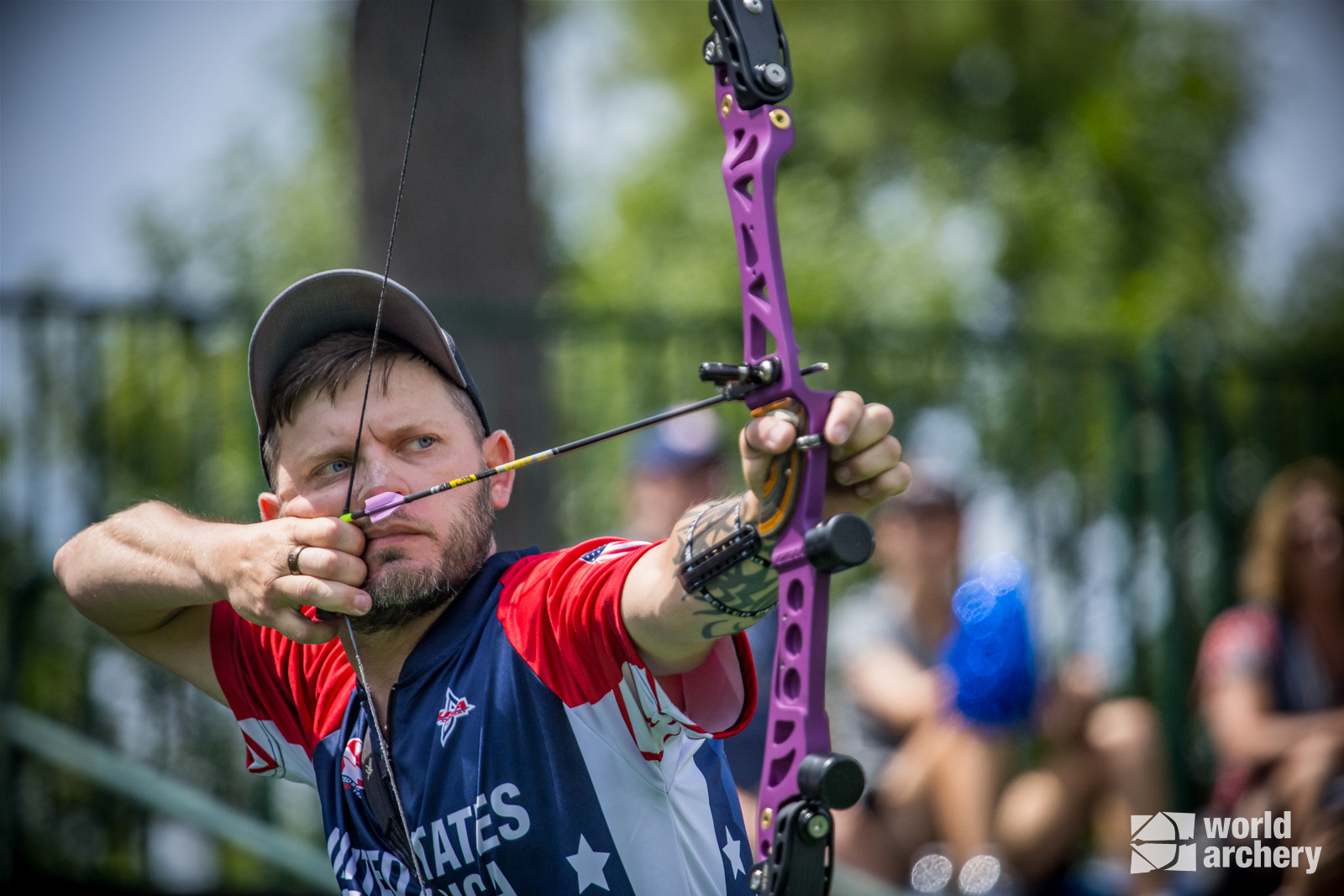 BIRMINGHAM, Ala. -- Christina Lyons and Ryan Davis progressed through the barebow elimination round at the World Games in Alabama. Competitors rotated through different targets around Avondale Park to compete in a sudden-death shoot-up format.

Lyons, who seeded fourth, was in a panic during her warm-up as each of her shots flew high, but Coach Dee Falks was by her side to help reset her equipment and get her out to the field in the nick of time. Thanks to Lyons's support team rallying behind her, she had a stellar performance triumphing 83-65 over Germany’s Martina Boscher to advance to tomorrow’s semifinals.

“I never thought I’d have this opportunity. I was coming to showcase women’s barebow here in the U.S. and now I’m going to the semifinals! It’s just an amazing feeling,” said Lyons.

Lyons will be shooting against second-seeded Anne Viljanen from Finland in the semifinals.

Dark horse Ryan Davis, who seeded tenth yesterday, had a tough climb through four matches in the elimination round. Davis won his first three matches by as many as ten points before his final match against Spain’s David Fernandez Garcia.

Seeded third, Fernandez Garcia was a strong competitor leading the match throughout and even posting a perfect score on the fifth target. Davis’s hot streak continued and he never trailed by more than three points. However, things fell apart for Fernandez Garcia when he scored only a single point on one of his arrows on the final target ultimately losing his lead and finishing 80-83.

“Garcia is a legend so this is a huge match for me. All day was really,” said Davis. “These guys are competitors. I knew I needed to shoot strong against them.” Davis remarked that small talk about fishing and bowhunting kept his spirits high throughout the long day.

The barebow field competition concludes tomorrow with the semifinals and finals, marking the end of archery’s appearance in the World Games, where USA’s Paige Pearce won compound women’s bronze and Brady Ellison took recurve men’s silver earlier this week. Results are available via The World Games and the finals will stream live on the Olympic Channel.