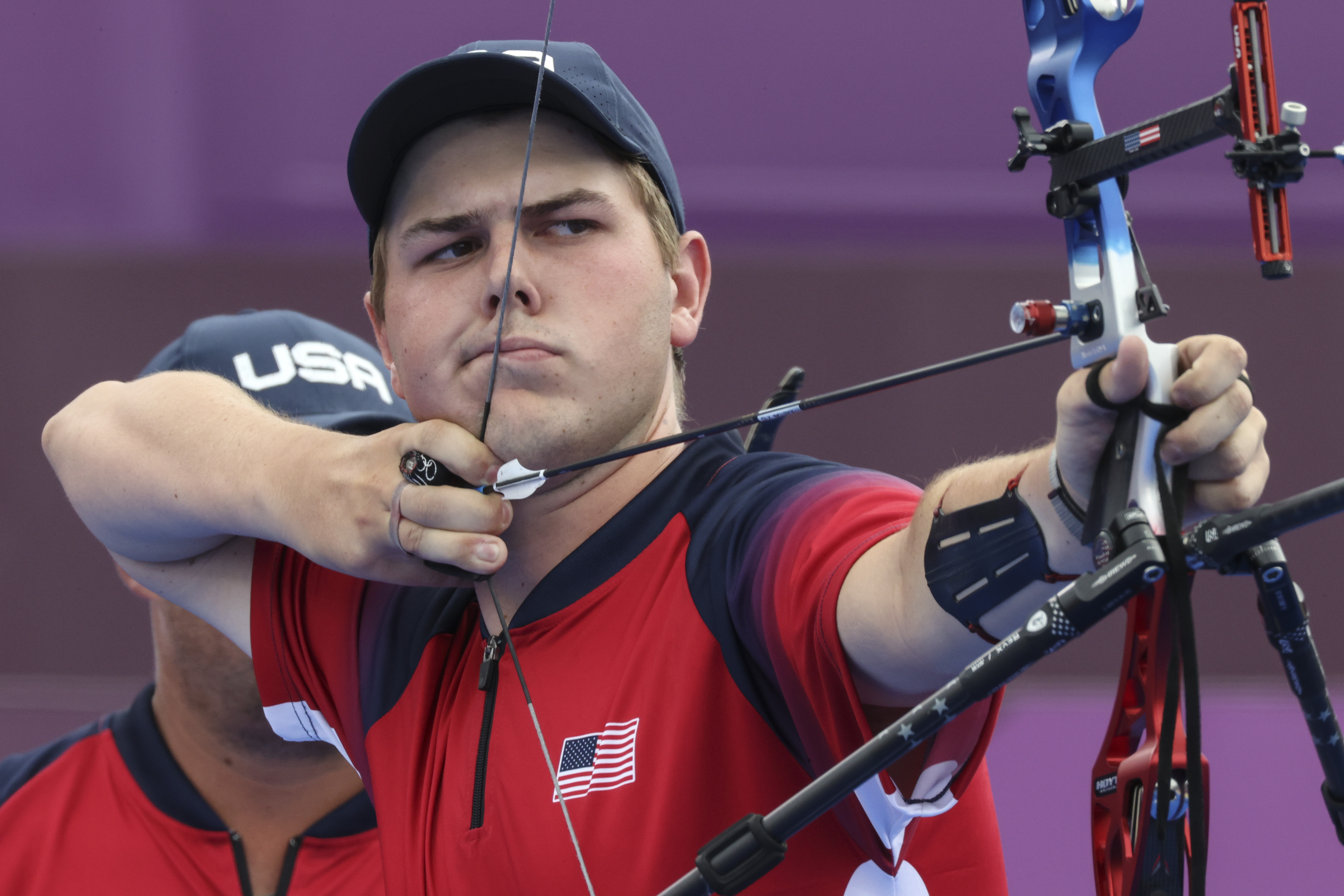 TOKYO, Japan – USA archers won their first match of the Tokyo 2020 Olympic Games today, defeating France swiftly in a 6-0 shut out. Their confidence built as their scores climbed through the sets: 52, 55, 58. After finishing with silver at the last two Games in Rio 2016 and London 2012, the trio of medalists Brady Ellison, Jacob Wukie and rookie Jack Williams, had their eyes set on the gold, but a tough quarterfinal match with home team, Japan, stopped their run with a 5-1 decision.

The USA men’s team was one of three to qualify at the Final World Qualification Tournament just weeks ago, after missing their shot at the 2019 World Archery Championships. Despite filling the last of three of twelve team spots, they came ready and determined to win. They climbed through qualification to rank 5th out of 12, with Ellison leading a very strong push in the second half. Their quarterfinal with Japan, who was seeded 4th, promised to be an exciting one.

The wind has proved tricky throughout this event, and the USA men just could not get a good handle on the challenging conditions quickly enough. Good groups just outside of the 10 ring had them just behind, scoring 52, 53, 53 to Japan’s 55, 53, 55.

The individual competition remains, with a schedule change in response to an expected typhoon. USA archers begin individual match play Wednesday and will look to take their experience from the finals venue so far to fuel strong performances. Follow Team USA via live scores, and tune in for video streaming and broadcast. Photos by Getty Images.