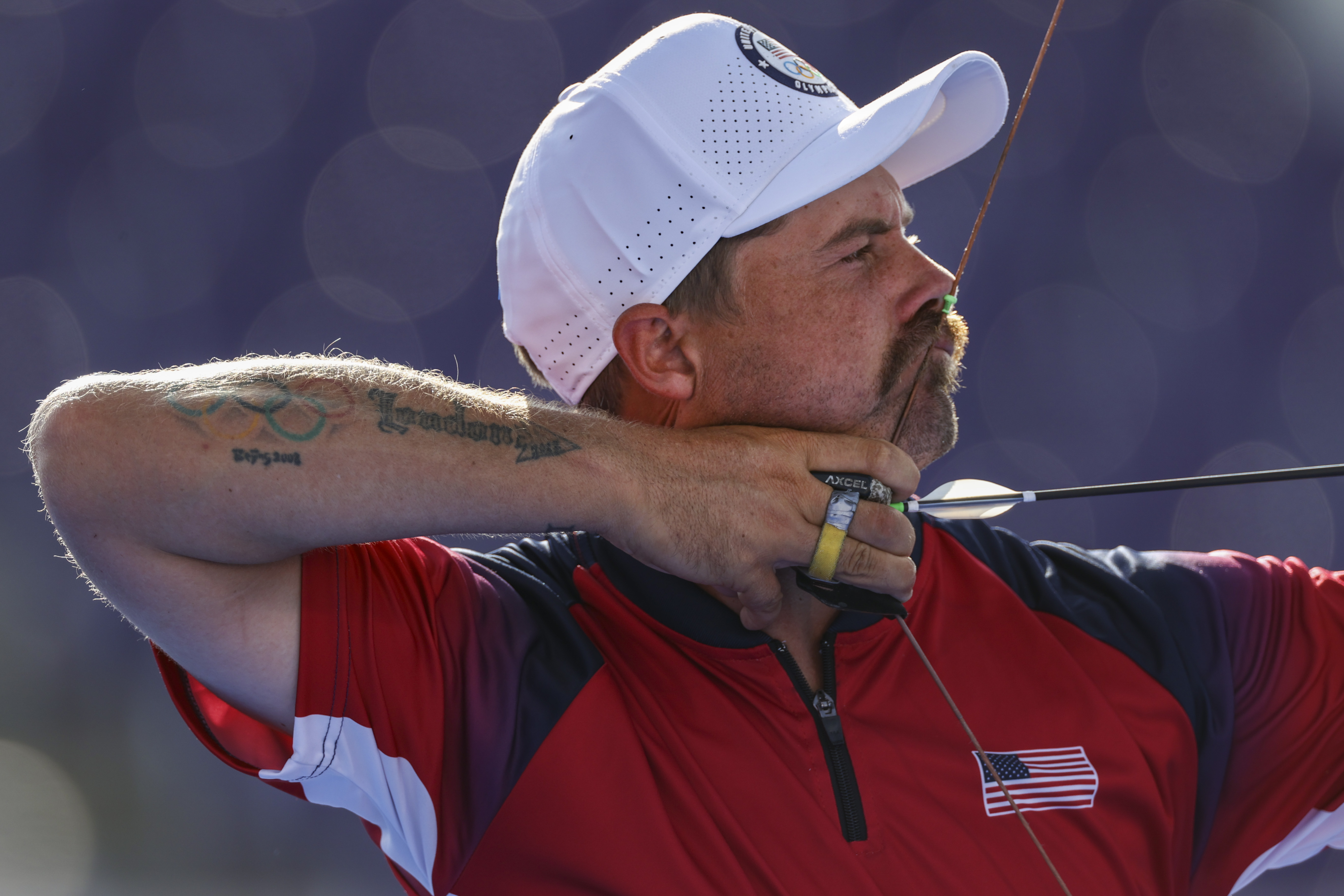 TOKYO, Japan – Team USA is finally on target at the Tokyo 2020 Olympic Games as Brady Ellison and Mackenzie Brown are through to the top 16 in the individual events. After a difficult start in the finals venue, where USA’s top ranked teams came up short in some very challenging competition conditions, it seems they’ve got it figured out and are poised for success headed into the 1/8th rounds later this week.

Four-time Olympian, three-time medalist, World Champion, World No. 1, world record holder and the world’s only 5-time World Cup Final Champion Brady Ellison bears many titles on his shoulders but has been eagerly seeking the Olympic Champion title to add to his most impressive list of accomplishments.

“We made a small form change, an adjustment to my finger tab, which I think really helped,” commented Ellison, “and then Butch [Johnson] actually texted me today and said that he saw something, so I made sure to watch out for that and I think just everyone helping out, I felt pretty good today, I felt calm. First thing I’ve been in the Olympic finals had felt no nerves so I’m feeling pretty feisty.”

Ellison was on point, smoking back-to-back 6-0 shut outs, never opening the door for his opponents to gain on him.

Brown dropped her first set, but then never looked back as she stacked set points relentlessly, firing almost every arrow into the center rings for impressive scores. She shared: “It was a good day. I feel really good, I feel like what my focus is on really helps in this finals field and I think that will help me going into these next matches. I’m really happy I stuck to what I was supposed to do and didn’t get too caught up in the rest of the competition. It gives me good confidence.” 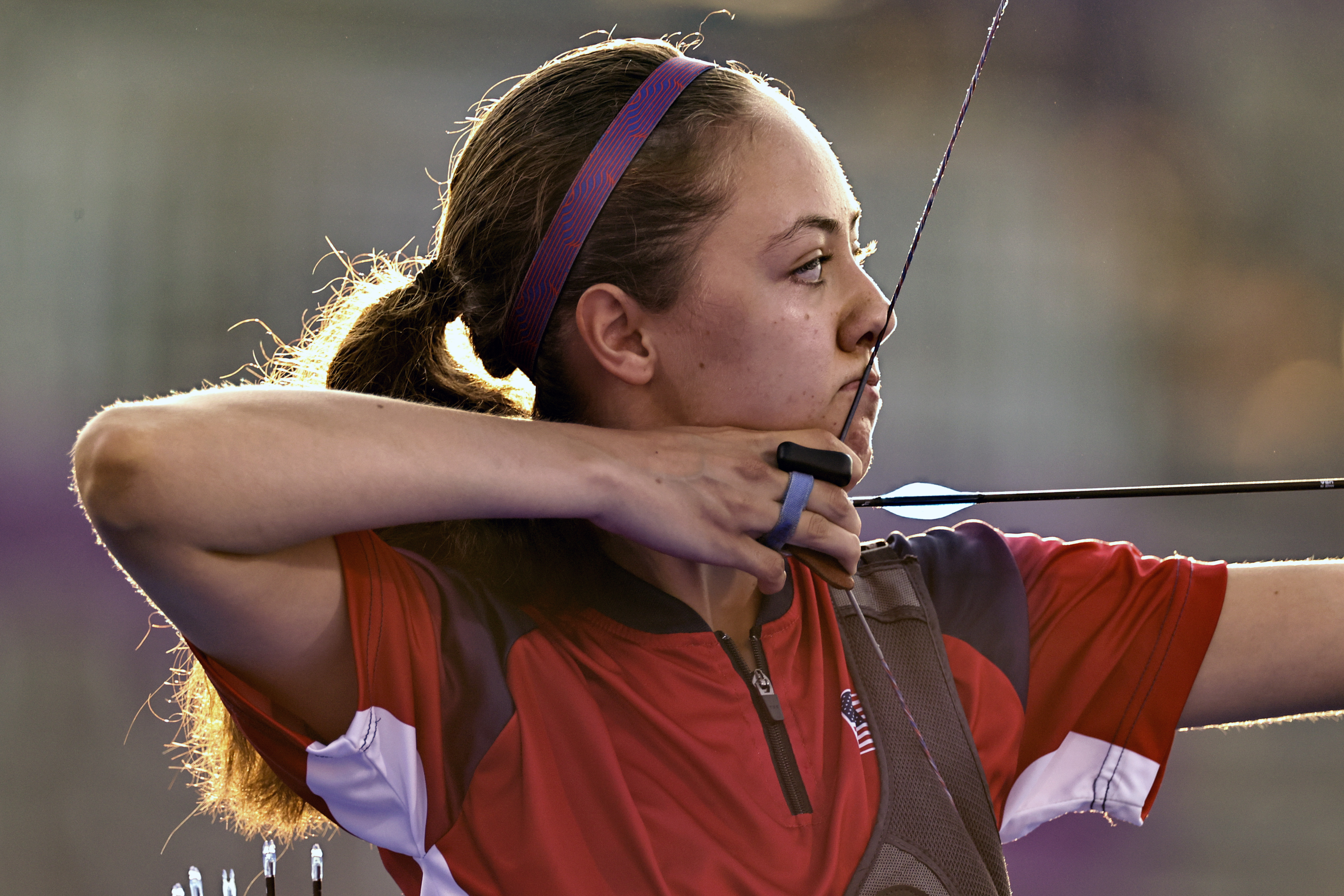 Rookie Jennifer Mucino-Fernandez had a stellar performance, gaining her footing in a 6-4 first round match against Ukraine’s Anastasia Pavlova and then, in what could have been one of the largest coups of the day, she took World No. 1 Deepika Kumari of India the full five sets, coming down to the last arrow to decide the match.

Finishing 17th at her first Olympic Games, Mucino was quite pleased with her shooting: “In the first match I was more relaxed, the first few sets were easy to shoot, but then I became more nervous and my arrows started going down because I started shooting weak, but overall I think I did a great job and I’m really happy,” she commented. “I really enjoyed my experience here and I learned so much.” It was also Casey Kaufhold and Jack Williams' first Olympic Games appearances, and a valuable experience for these promising young athletes with bright futures ahead in the sport. 17th seed Kaufhold cleared a 7-3 first round win before she was stopped by No. 16 Ren Hayakawa of host nation, Japan, also finishing 17th. 29th ranked Williams met a tough first opponent in France’s No. 36, Pierre Plihon, who clinched a 6-4 victory in a tight back and forth match where the two split two of the five sets.

Jacob Wukie takes the stage tomorrow for his preliminary individual matches, then the women compete through medal finals on Friday and the men finish Saturday.  Follow Team USA via live scores, and tune in for video streaming and broadcast. Photos by Getty Images.