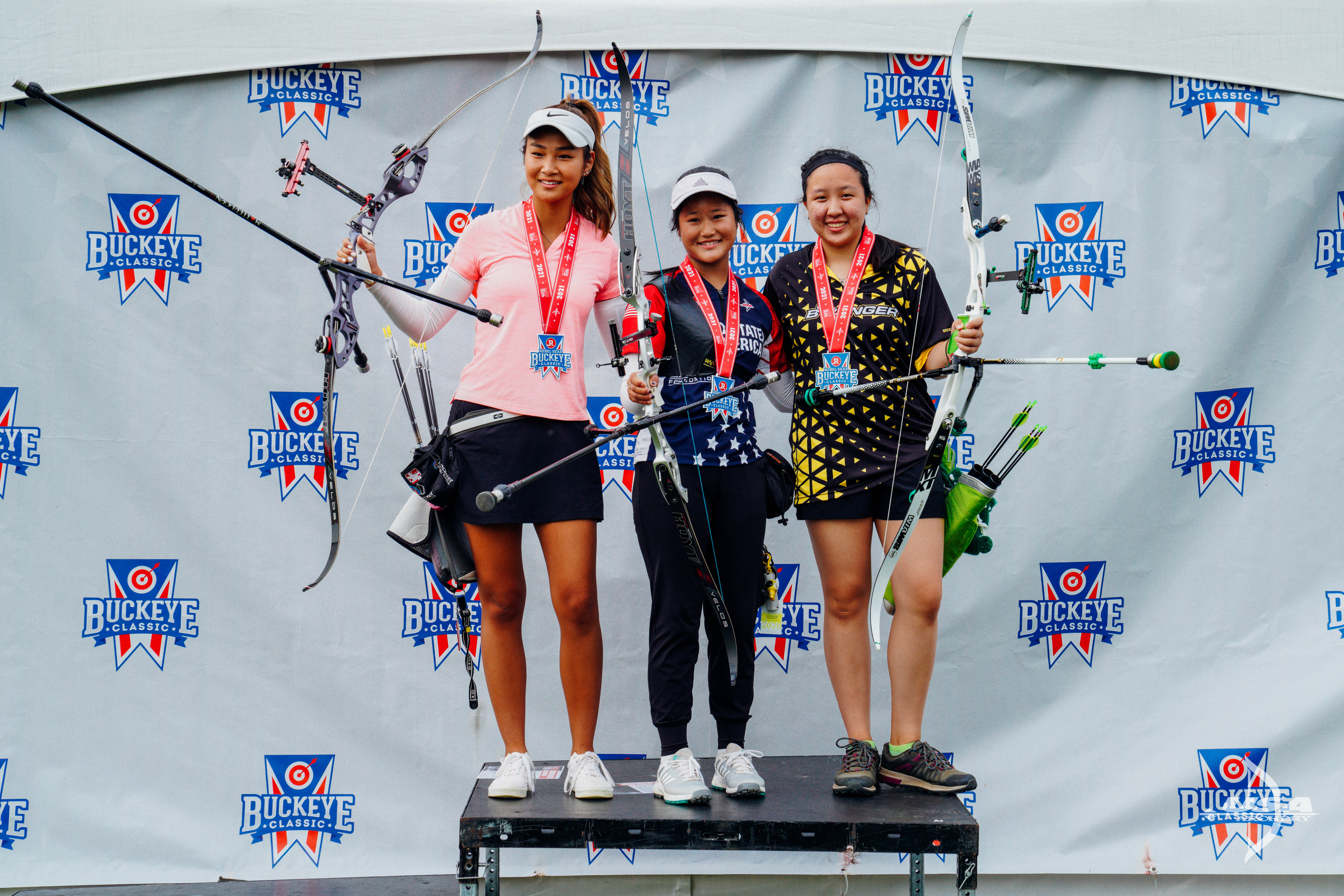 Emma Kim, who has qualified first for the recurve cadet women at every event this season, finally got the gold today, her first win to wrap the season. “I really wanted to finish the season strong, so I was really happy when I did,” shared Kim. “I'm really lucky to have really supportive parents and an amazing coach. I wouldn’t have been able to win without them.” Kim took the gold in a shoot off against Natalie Hong. Grace Lum finished with the bronze.

The recurve cadet men’s field, the largest on the field, saw Hoon Jung take the gold, a breakout performance for the archer who hasn’t neared a podium yet this season. Jung scored a perfect 30 in his final set to win 6-2 over Jacob Kim, while Davis Beauvais won bronze in a close 6-4 decision over Brian Kim. 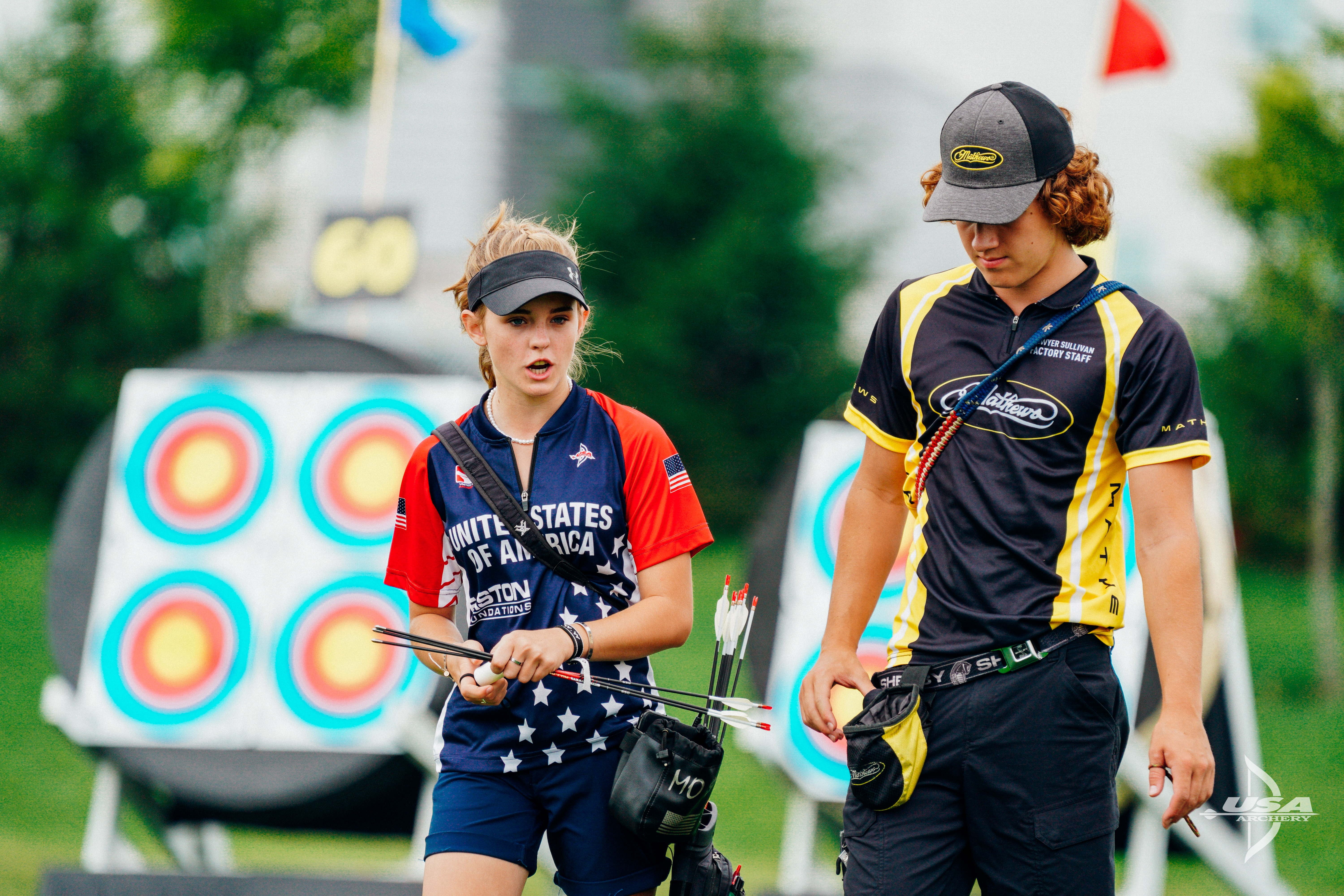 Compound cadet Sawyer Sullivan won another title, sweeping every gold of the entire season! The world record holder shot lights out today, winning gold with a perfect 150 after posting scores of 148 and 149 in preliminary matches. 14thseed Landen Witmer climbed to finish with silver and Isaac Sullivan claimed bronze.

The compound cadet women’s bracket saw some big upsets as top seed Olivia Dean went out in the round of 16 by one point to 17th seed Keely Parton. Parton then fell in the quarterfinals to 9th seed Chelsea Neville, who went on to win the bronze in a shoot off against 3rd seed Katie Smalley. Zoie Thompson scored a near-perfect 149 to claim the gold over Carson Krahe in an exciting final. 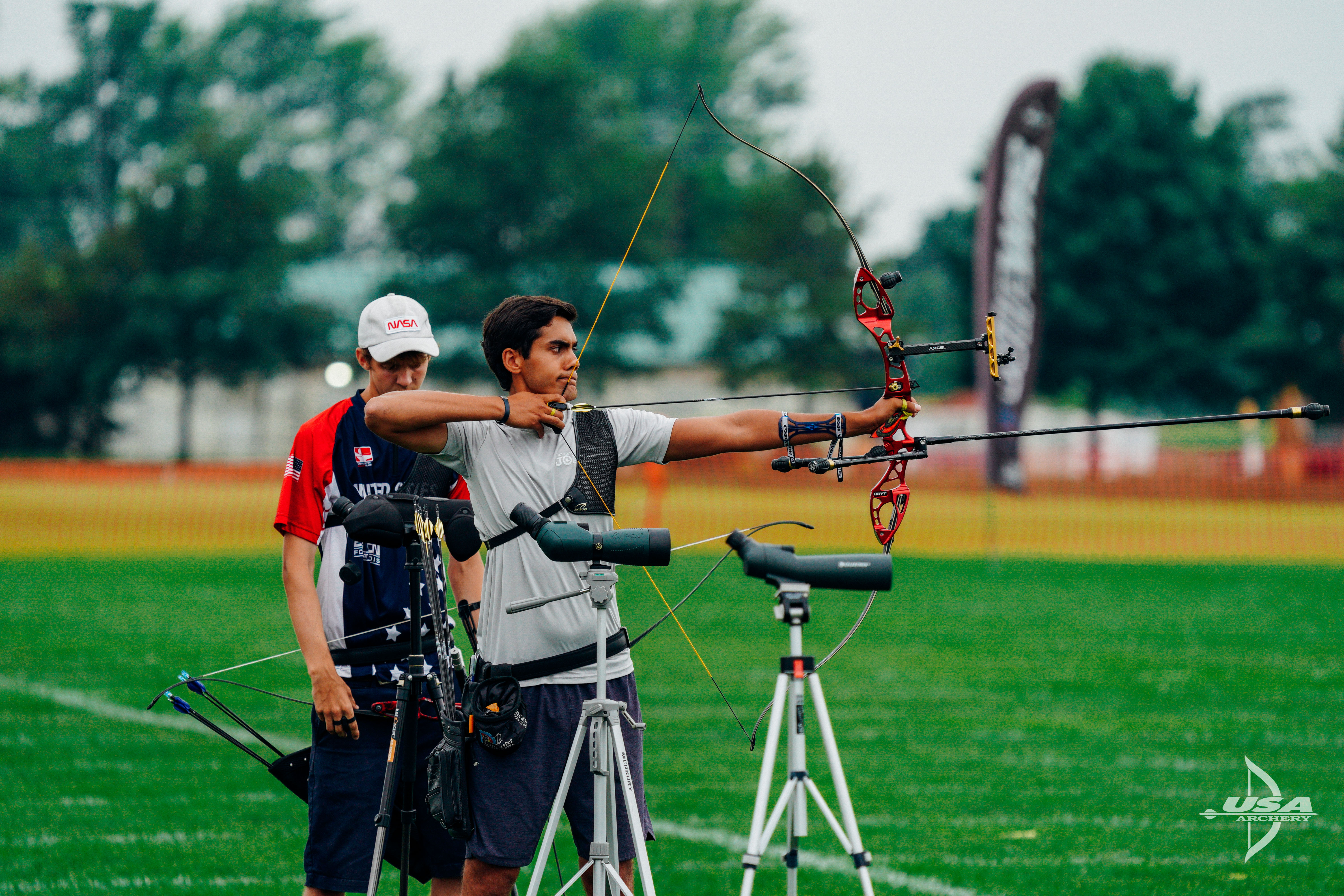 Stefan Savin had his day in the sun, claiming his first gold in a 7-1 final over Nathaniel Aud in the recurve junior men’s bracket. Top seed Gabe Anderson took bronze. The recurve junior women’s bracket saw Ashley Kim and Megan McDonough dominant through their matches. Kim never dropped a set point until the semifinals, where Richelle Shim, who had upset Michelle Ahn earlier in the day, pushed her to a full five-set match. McDonough and Kim also went five sets for the gold, with Kim ultimately taking gold and McDonough finished with silver. Kate Stains won bronze over Shim. 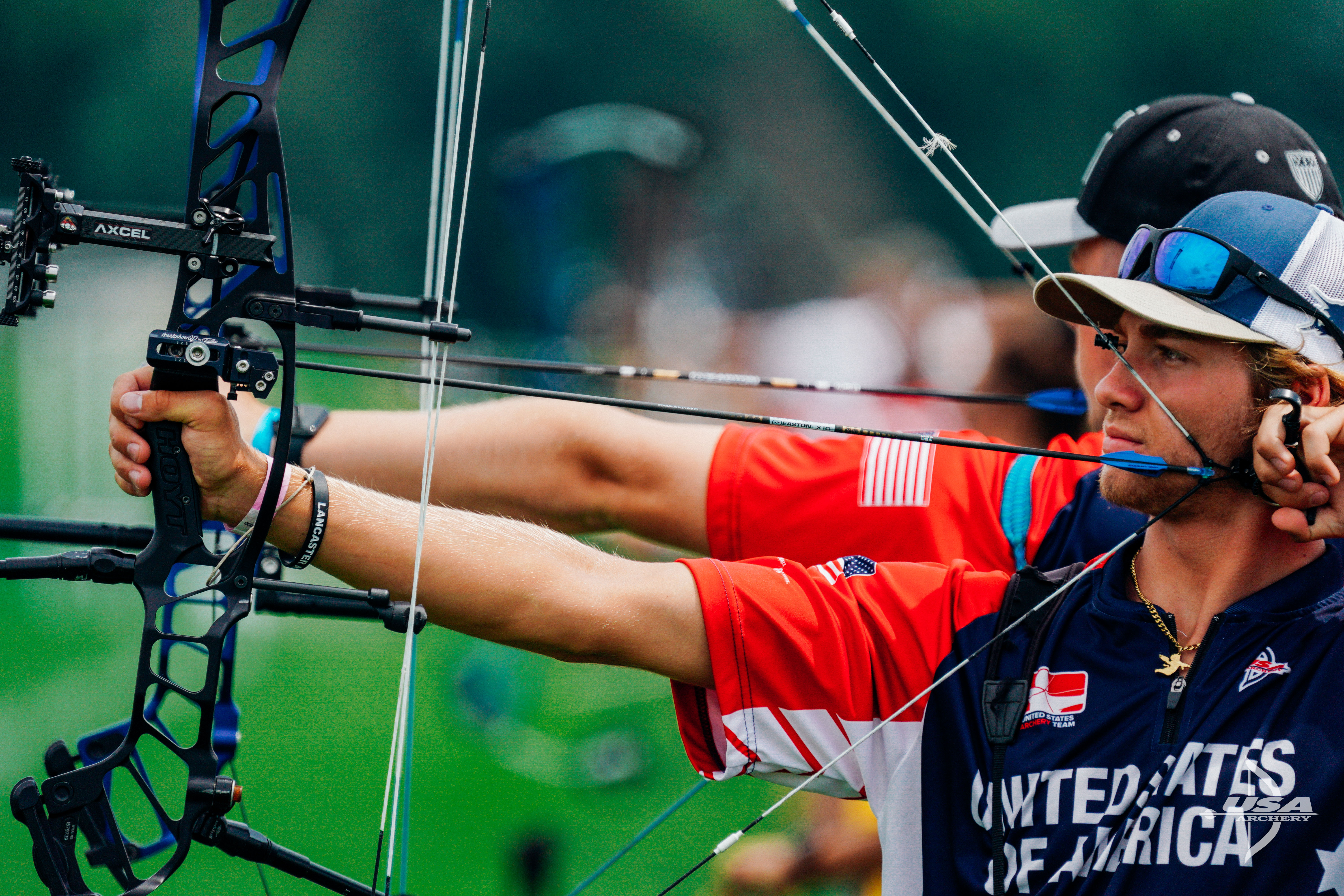 Makenzie Weatherspoon, who was sitting on the bubble of qualifying for the USAT, claimed her first gold of the season after a podium finish at the SoCal Showdown, wining 146-141 over Summer Cheesman. Kate Iodice, who has been atop the rankings much of the season earned a critical bronze finish over 19th seed Alexandra Cleghorn.

Competition wraps tomorrow with elimination matches for the seniors and masters. The senior gold medal matches will be streamed live on USA Archery’s Facebook and YouTube. Photos from the event are available on USA Archery’s photo site and live scores run on Between Ends.