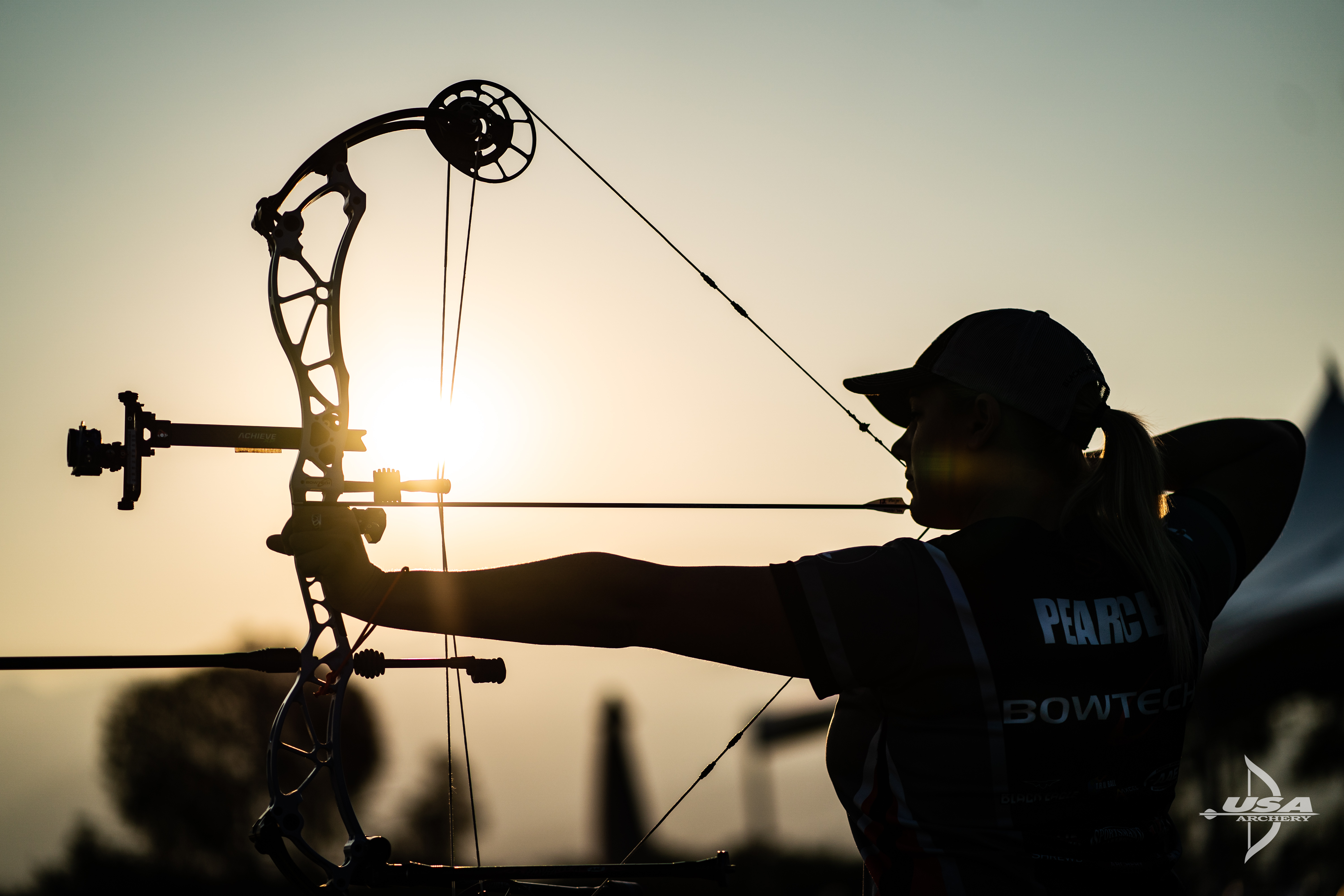 CHULA VISTA, California – The second United States Archery Team Qualifier Event wrapped with exciting head to head gold medal matches for the senior divisions this morning and youth match play through the early afternoon. Archers enjoyed the return to competition as the race for team selection points heats up. 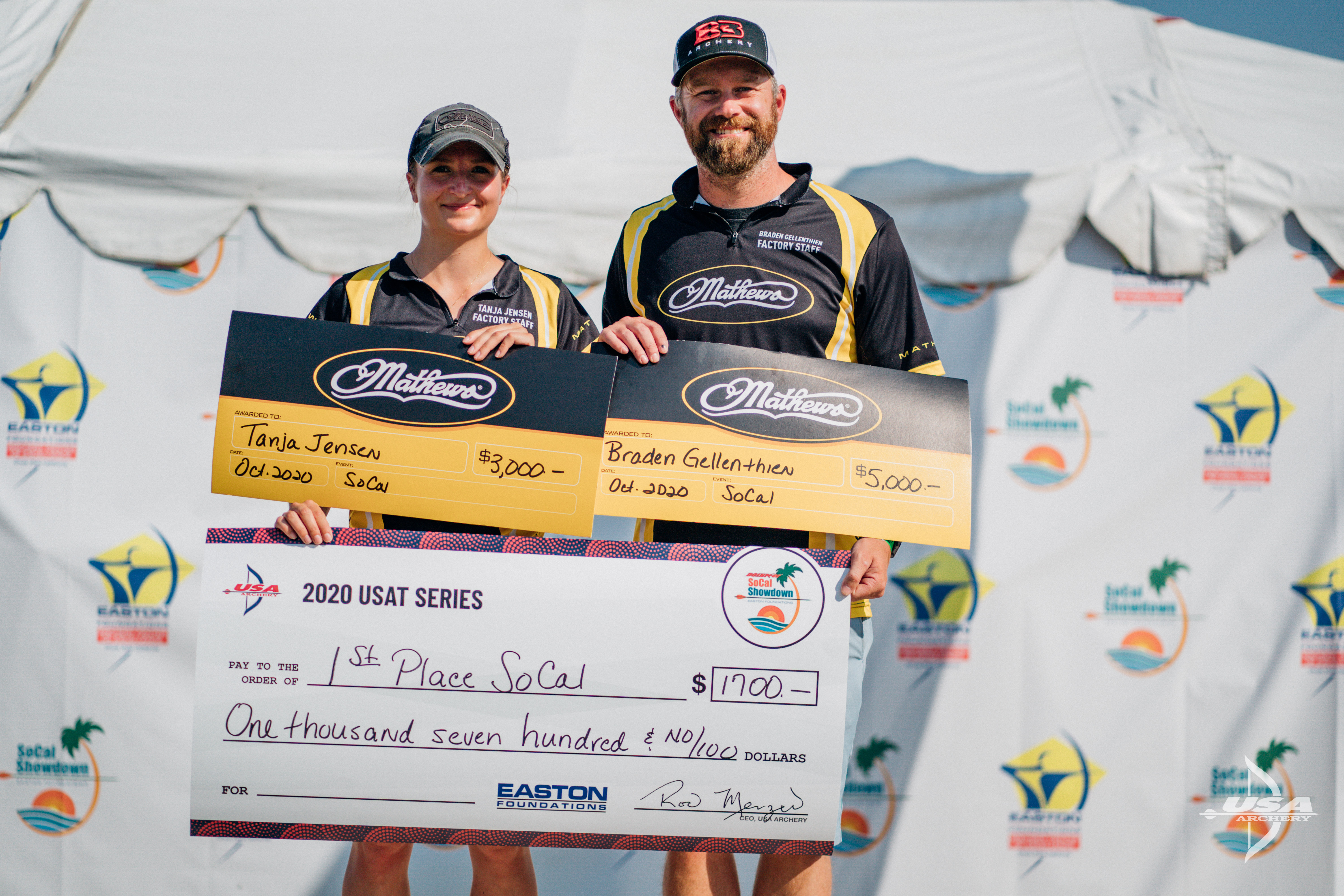 The senior finals, available to watch online, saw archery power couple Braden Gellenthien and Tanja Jensen capture the gold. Denmark’s Jensen posted the highest qualification score of the entire weekend with a 701 and then smoked a 149-146 victory in today’s final over Paige Pearce to earn the big win. Toja Ellison finished with the bronze with a strong 148 over Cassidy Cox’s 144.

Gellenthien took on Tate Morgan for the compound men’s title – neither giving up a point until the fourth of five ends. Gellenthien closed out the round with a 149-147 win, while Paul Tedford claimed bronze 145-138 over Alex Mueller. The recurve men’s bracket saw great upsets in matchplay and a young finals field with no archers over the age of 20. 18-year-olds Trenton Cowles and Josef Scarboro shot for gold in an exciting, neck and neck match. The two split the first three sets and finally reached a single arrow shoot off, where Scarboro took the win – his first senior USAT gold finish. Seth McWherter cleaned a 6-0 bronze win over Andrew Park. 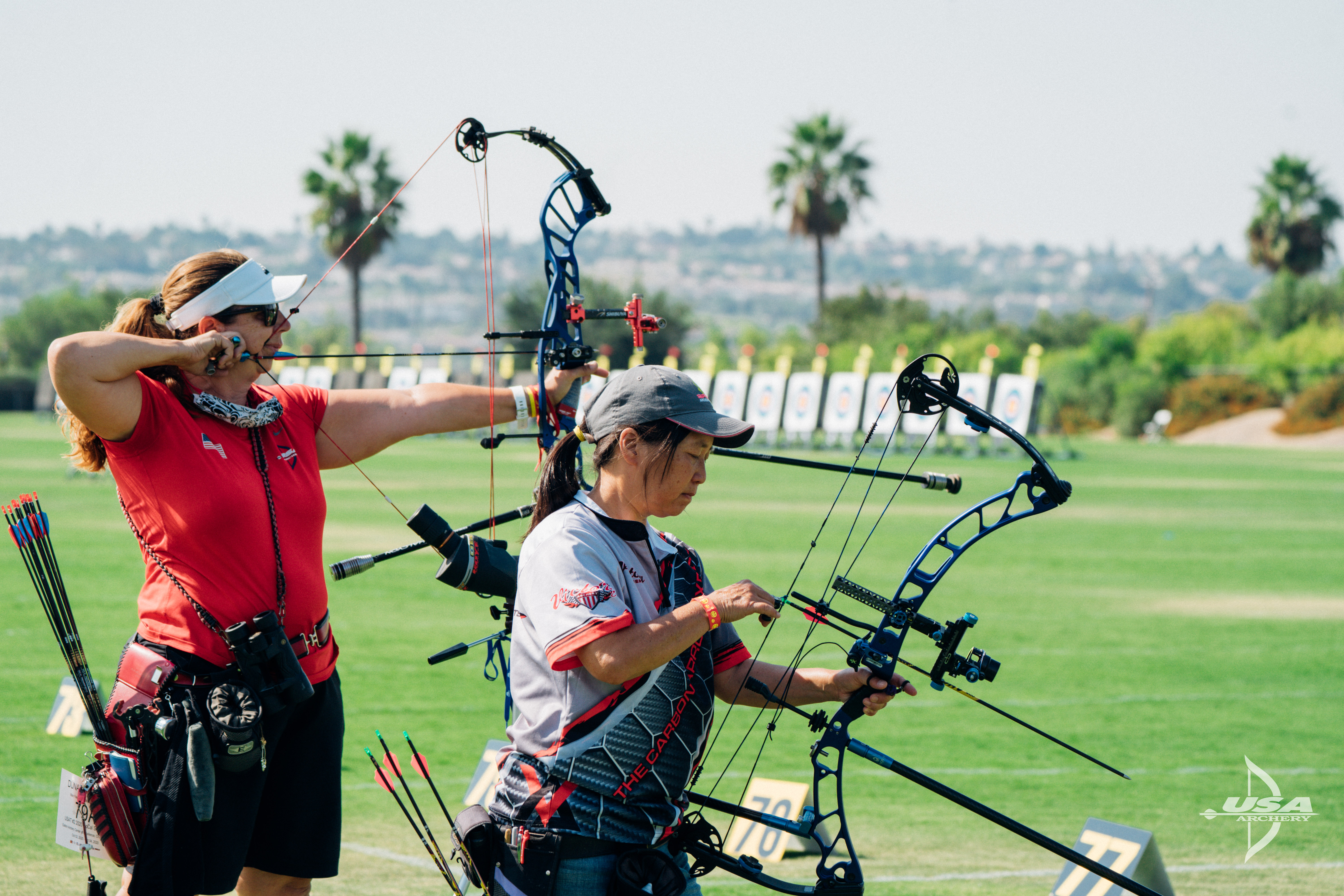 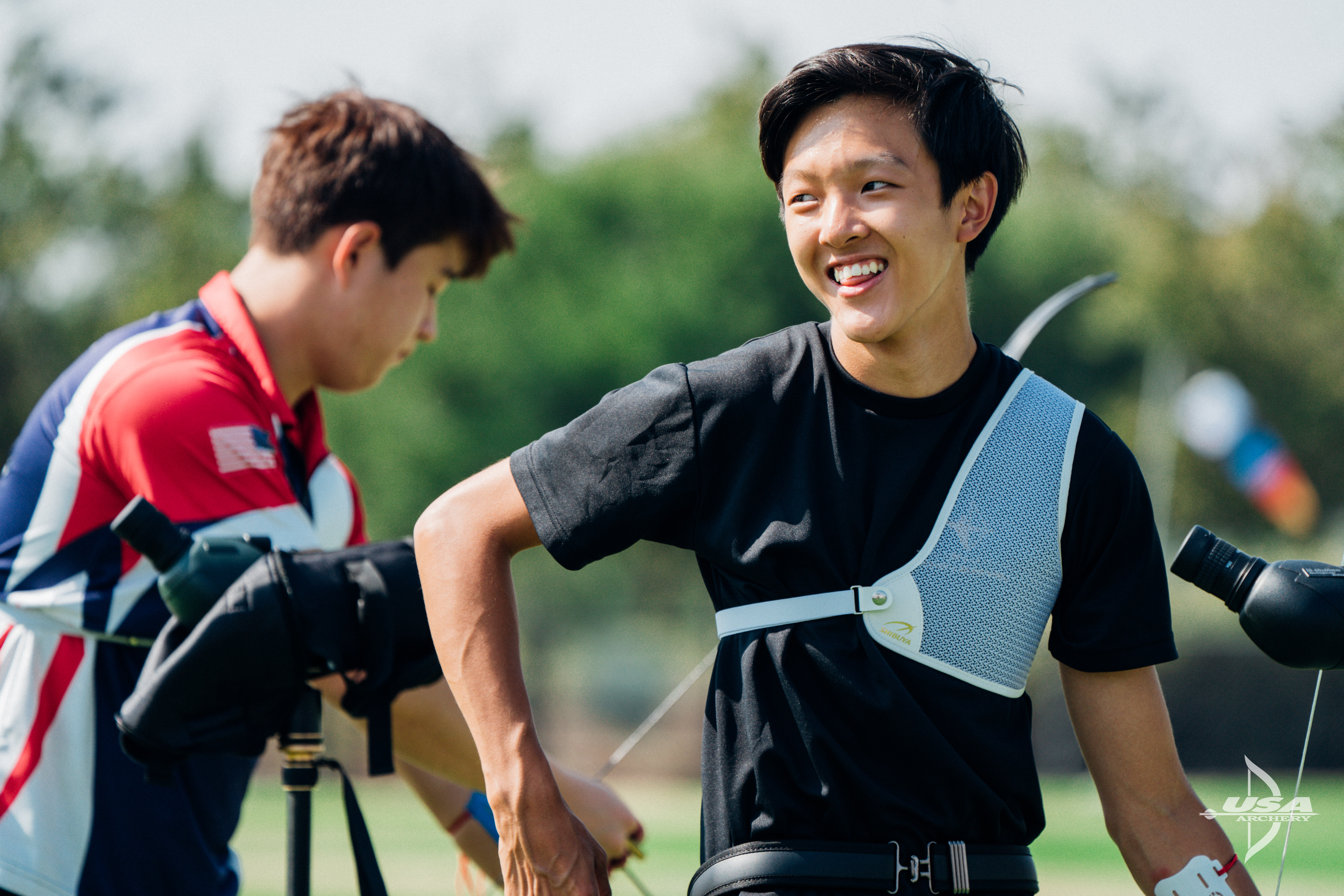 The recurve cadets, once again, had the largest competition field this weekend. Scores were super tight for the men, and some close and exciting matches shook things up in today’s events. 7th seed Hanwul Lee pulled out a 6-4 win over 5thseed William Lee in the gold final, while top qualifier Doheyon Kim finished with bronze. Anessa Williams had a standout performance, climbing from 16th to finish with silver behind Michelle Ahn. Emma Kim claimed the women’s bronze. 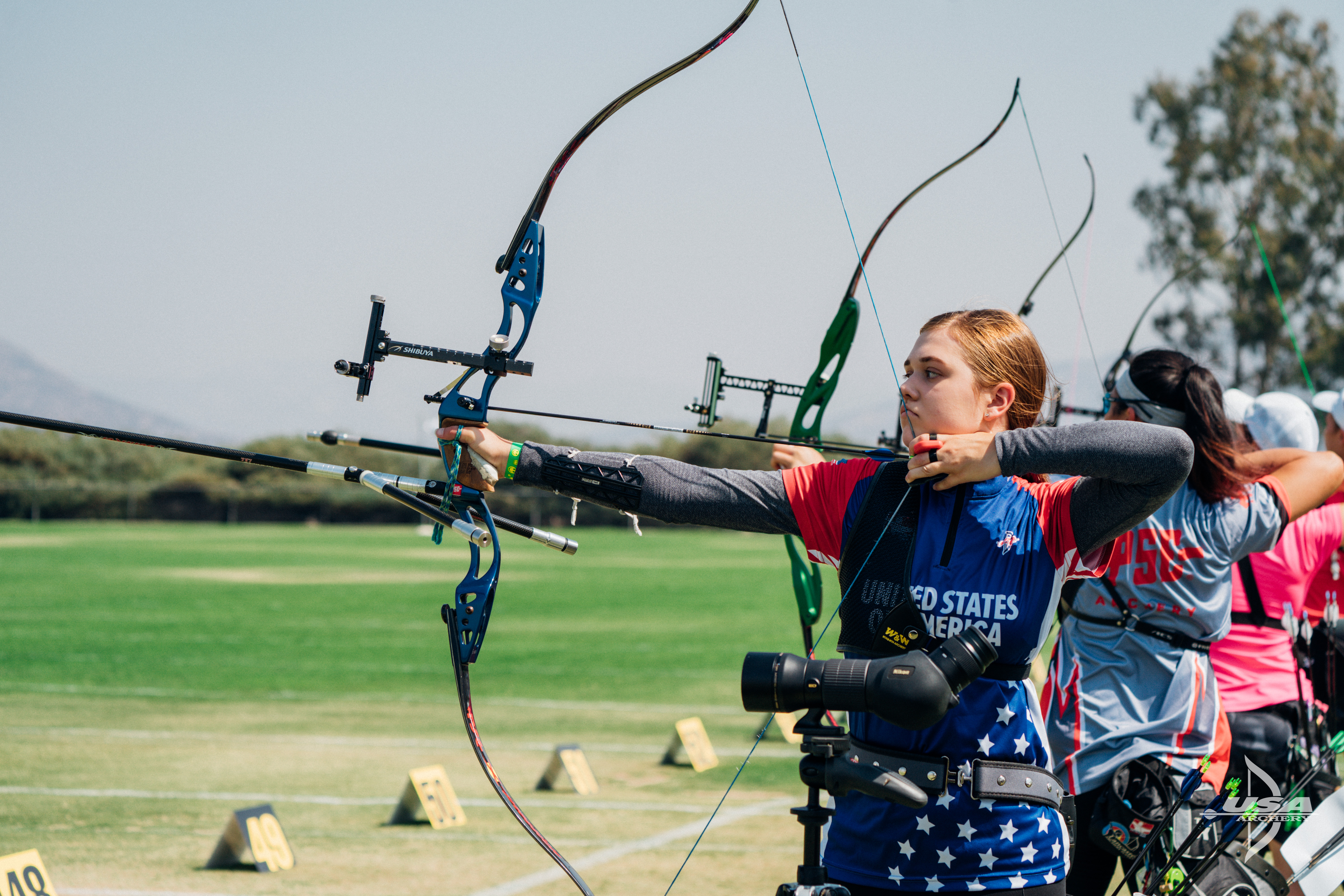 Isabella Frederick, who has had a commanding performance this season, also reigned strong with a top qualifying score and a 6-0 gold win over Richelle Shim. Gabrielle Sasai took bronze. Gabe Anderson had a breakout weekend, topping qualification and finishing with gold over Benjamin Hur, while Noah Cagle won out for bronze.

Complete results from today’s events and live scores throughout the weekend are available on Between Ends. Check out our online photo gallery and join the conversation with #SoCalShowdown.