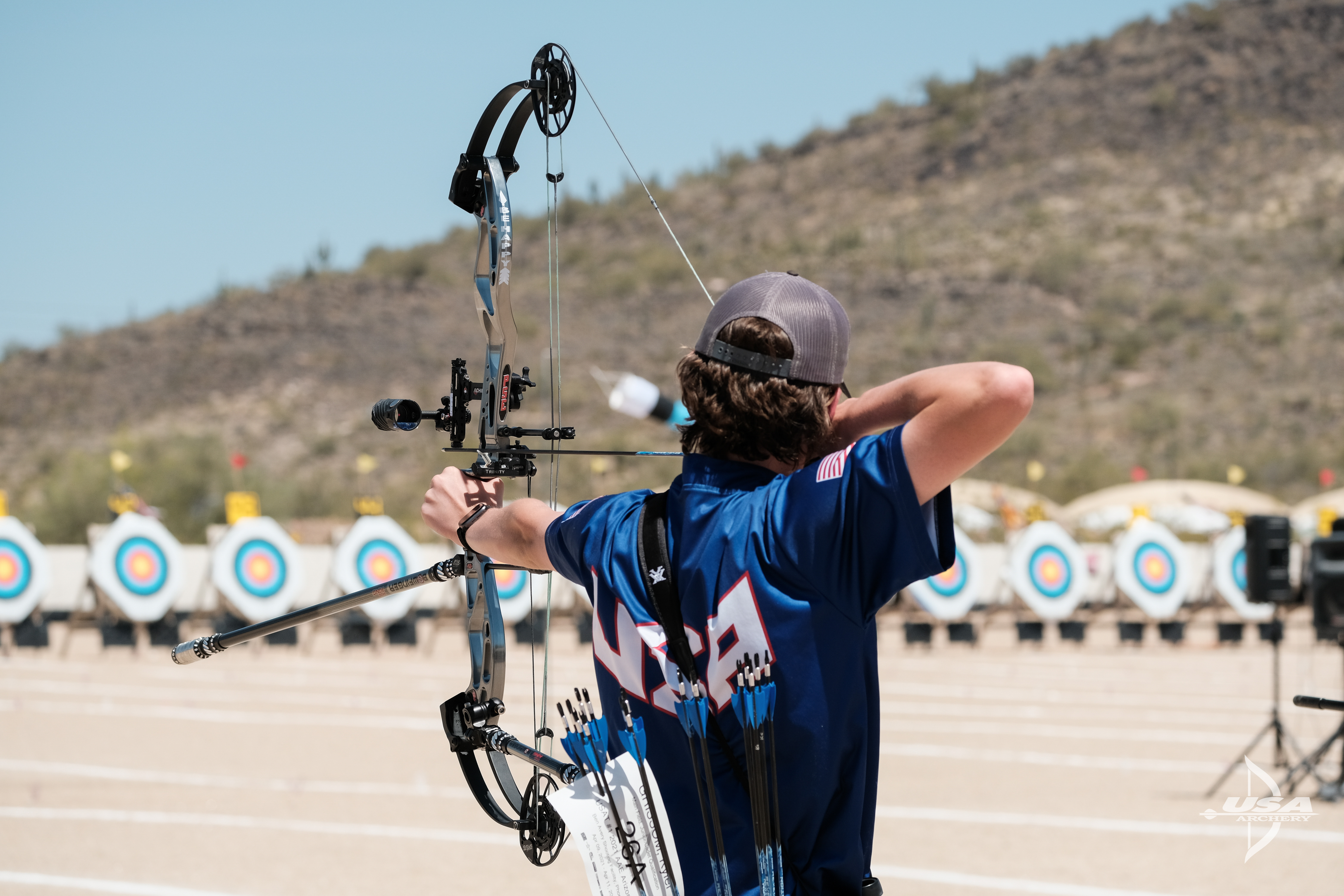 PHOENIX, Arizona – While the Arizona Cup is the first United States Archery Team (USAT) Qualifier Series Event of the season, archers are coming into the beginning of the circuit ready to perform at their peak, posting strong scores and poise under pressure in match play.

After impressive and competitive qualification round scores yesterday, cadet and junior archers went head to head in this afternoon’s elimination rounds. 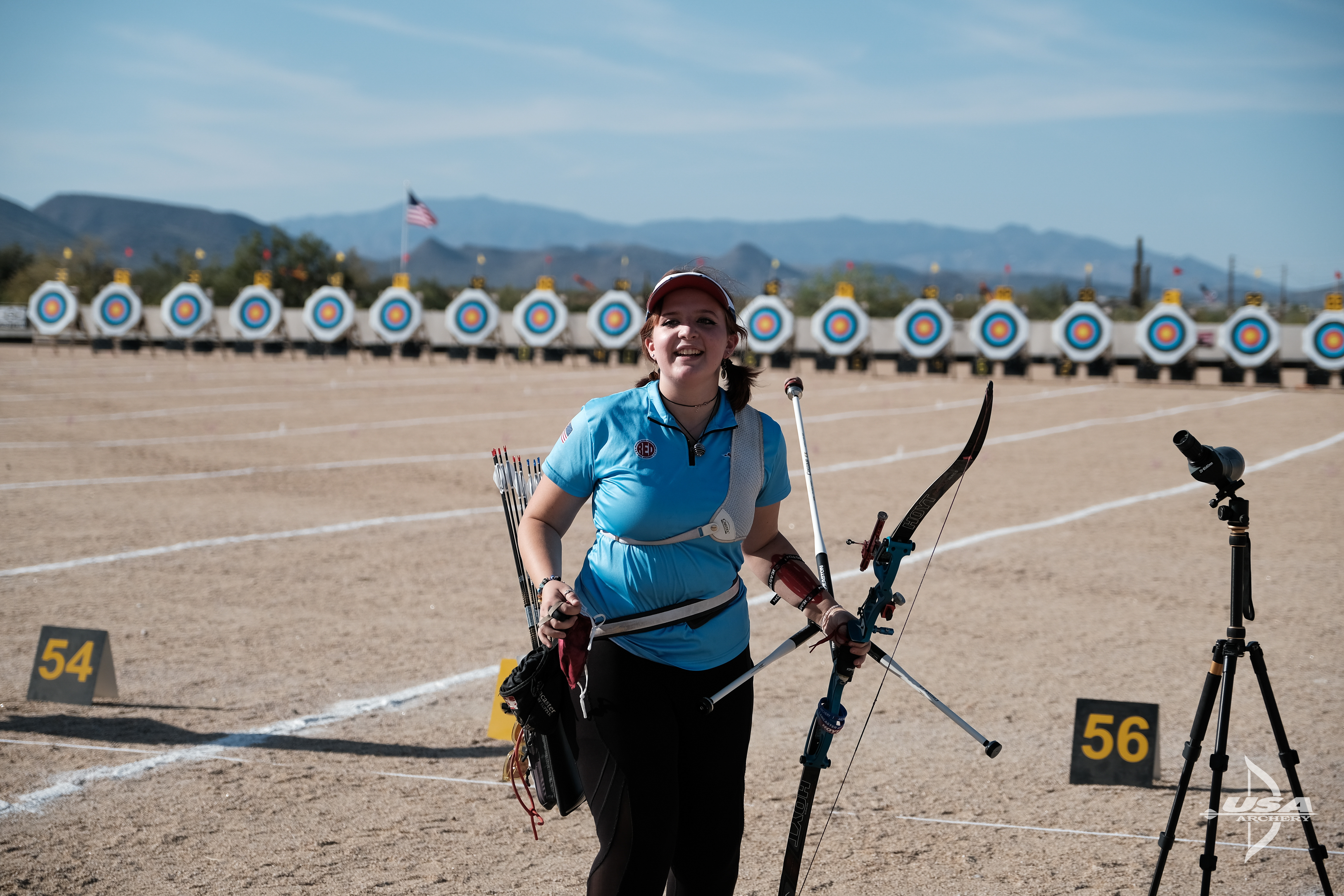 The recurve cadet divisions were the largest, and following tight qualification scores, the brackets saw great upsets in some close and intense matches. In the quarterfinals, 8th seed Olivia Hoffman took out top qualifier Emma Kim in a one arrow shoot off and in another intense gold final, ended up with silver in a shoot off against 2nd seed Natalie Hong, who claimed the win.

William Fowler was a standout among the compound cadet men, coming from a 13th place ranking to the finals, where Colton Lash beat him out for bronze 142-138 after overtaking 2nd seed Isaac Sullivan 142-140 in the semifinals. Top qualifier Sawyer Sullivan posted consistently high scores to remain undefeated, taking the gold 143-138 over Jaydon Soderlund. 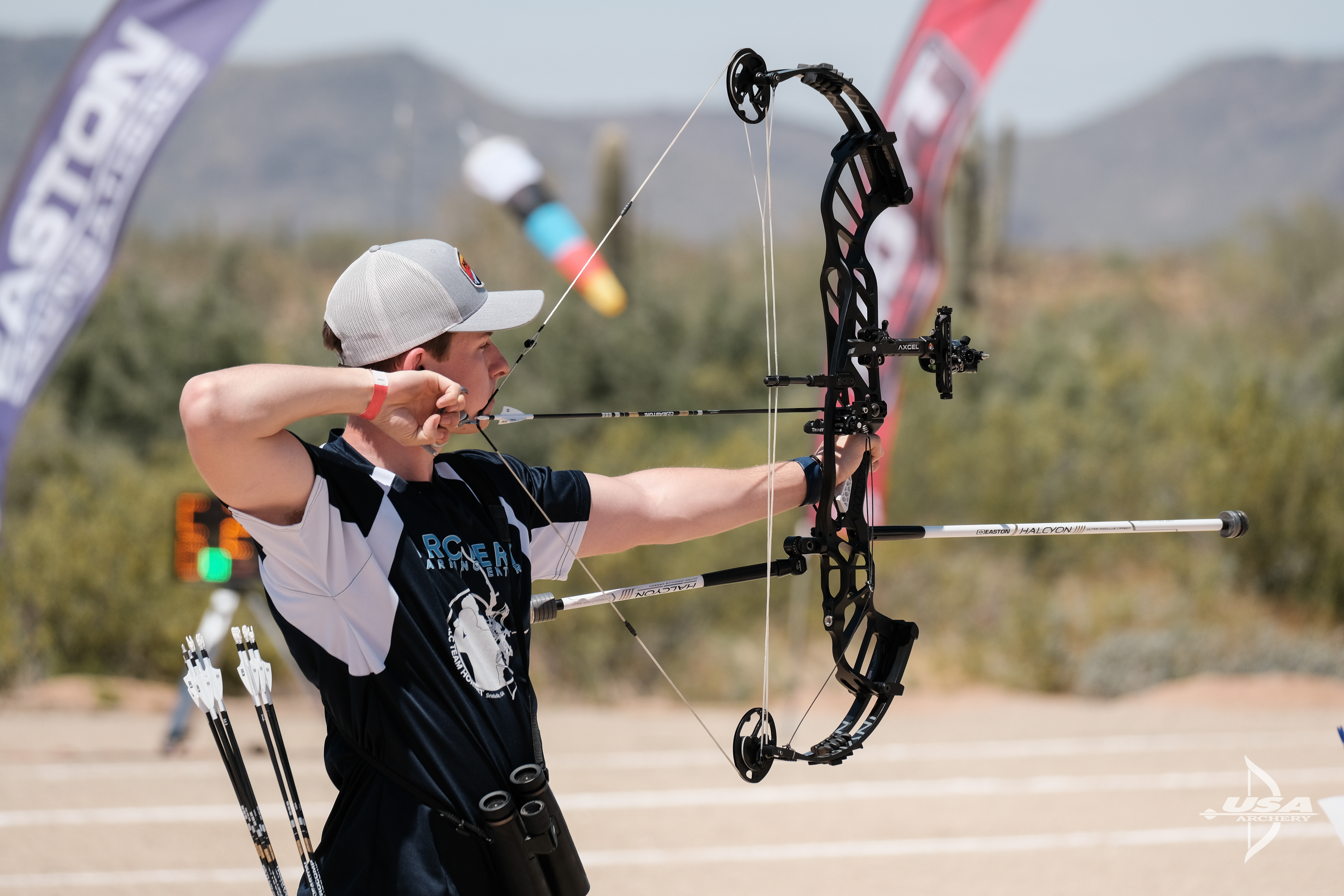 Andrew Mantle claimed the men’s gold, also in a 6-0 shut out over Joshua Culwell after both had strong performances climbing today’s brackets. Top seed Gabe Anderson finished with bronze.