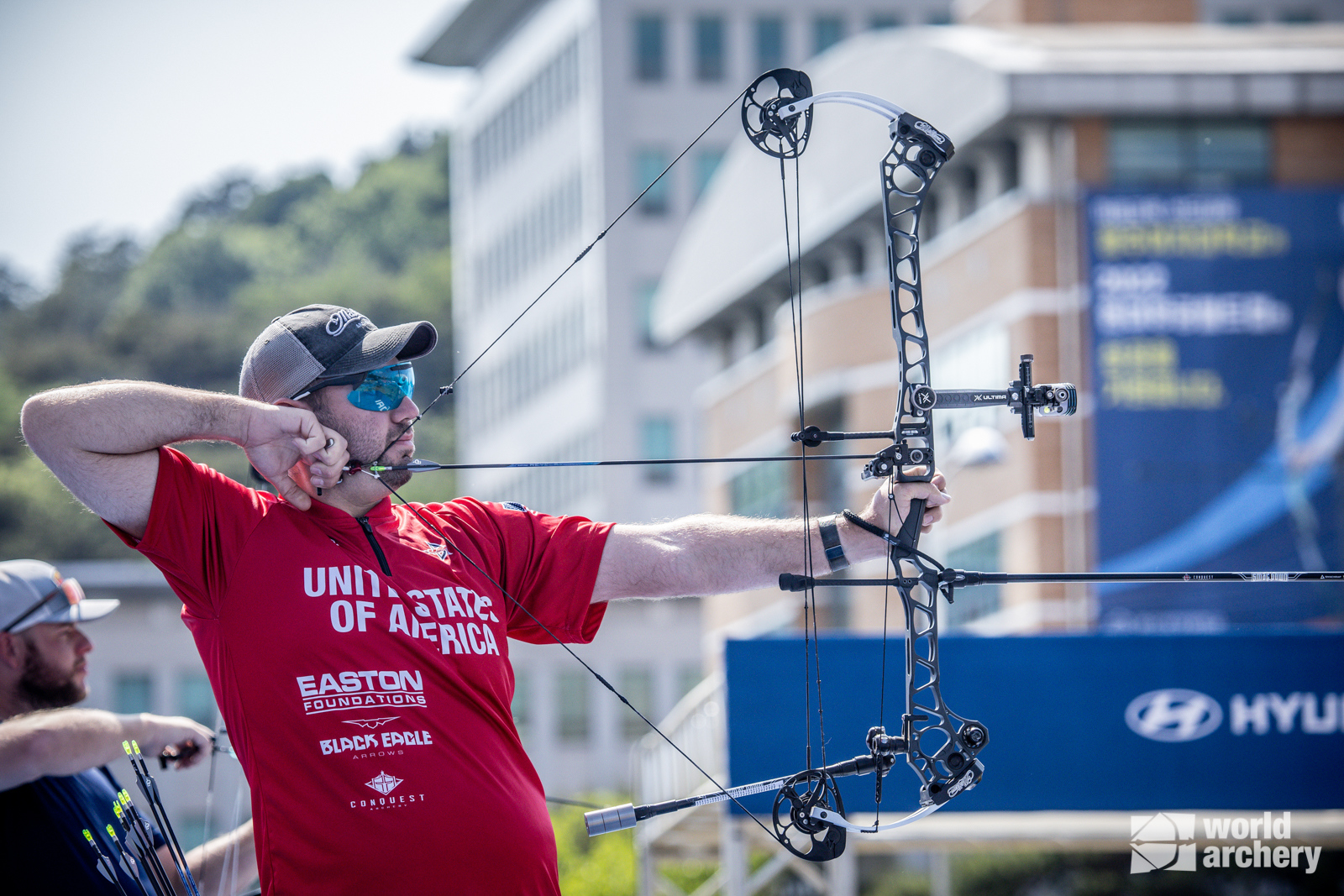 GWANGJU, Korea – In his rookie season on the Archery World Cup circuit, Steve Marsh is making a name for himself winning bronze while upsetting the reigning world champion at just his second stage appearance. For the 26-year-old from Littleton, Colo., who runs an archery shop with his family, this feat is huge.

“I definitely want to come to more world cups. This is what I’ve been working towards for so long,” shared Marsh. “Coming to one, being on the finals stage, making the podium, it’s a dream come true for me. Everyone at home is going to be ecstatic.” 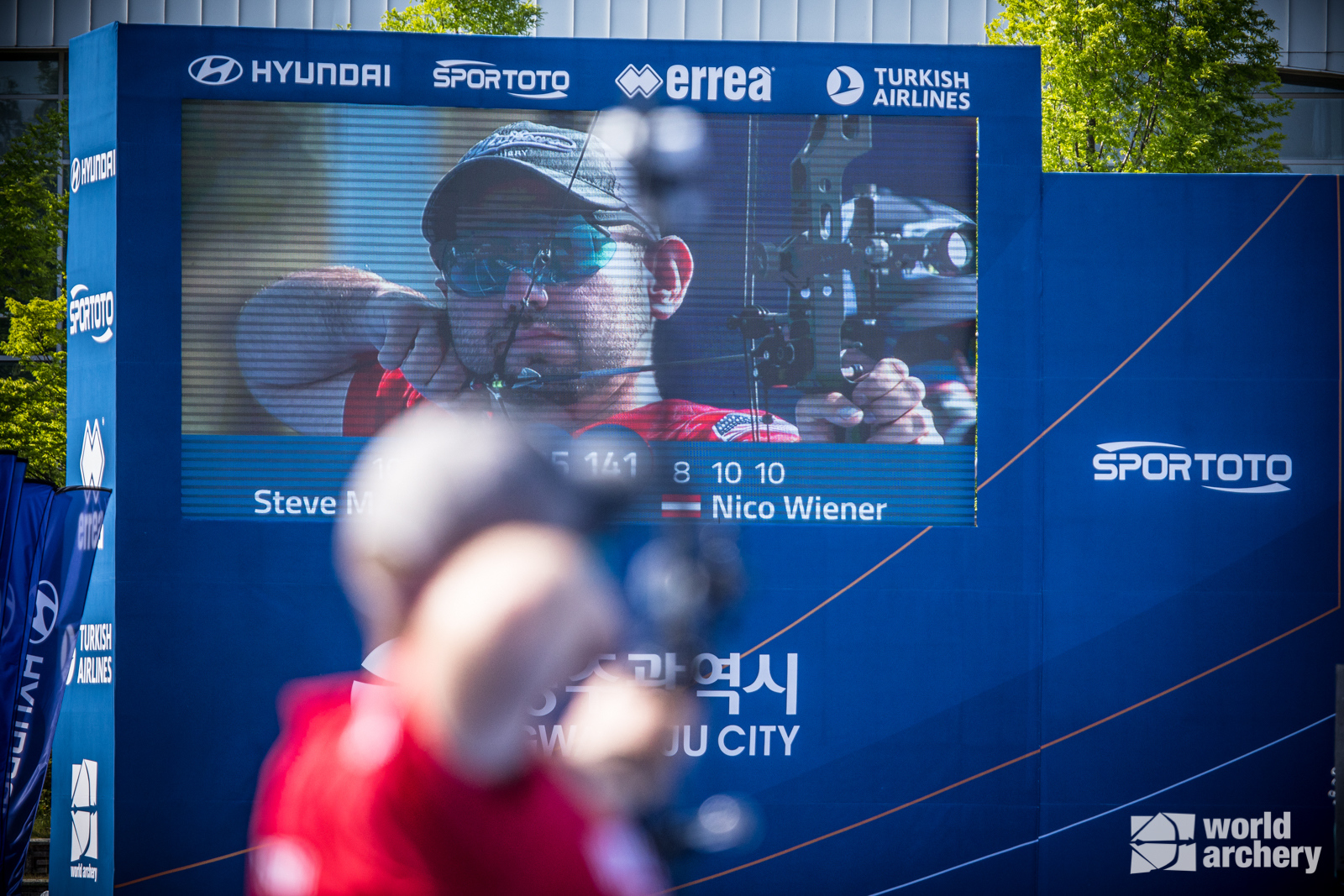 Marsh, who finished 33rd at his world cup debut in Antalya last month, climbed the brackets from a 12th place seed in Gwangju to earn a spot in the final four and a chance to compete televised on the big stage.

Stepping out against the Netherlands’ World No. 1 Mike Schloesser, Marsh was the picture of calm. While it took him one more arrow than Schloesser to find the middle, Marsh held his own with two perfect 30s in the second and third set to keep the gap at just one point. Wind gusts surprised both archers in the fourth set and Marsh managed to keep the match even until the final arrows, finishing 143-145 to advance to the bronze final.

There, Marsh met world target, field and 3D champion Nico Weiner of Austria. Despite an initial 28-29 deficit, Marsh held strong and pulled ahead in the second set 57-56. He continued to widen the gap and finished with a perfect 30 to seal his victory 145-141. 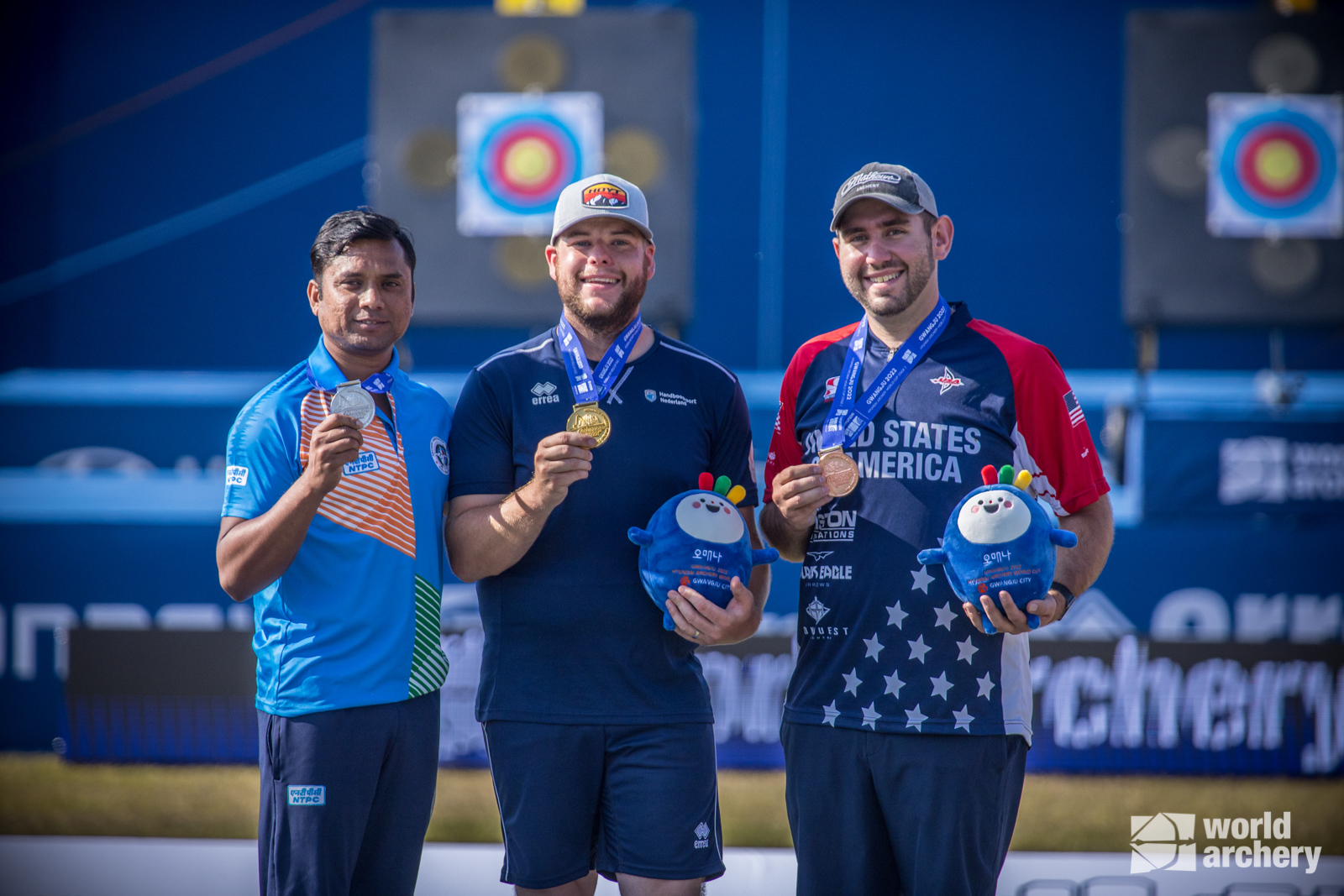 Marsh commented on his experience on the big stage: “It wasn’t quite as nerve wracking as I thought but there were definitely some nerves. It was way different than anything I’ve ever done before. The pace was a little bit faster than I was expecting and then the wind was brutal. I’m not used to having to suffer through that kind of wind and not being able to let down or anything. . My second to last arrow I got blown off the target with just seconds left but it was good.”

Competition wraps in Gwangju tomorrow with the recurve finals where USA will shoot for mixed team gold against Germany live on the Olympic Channel. Results are available at archery.sport. Photos courtesy of World Archery.