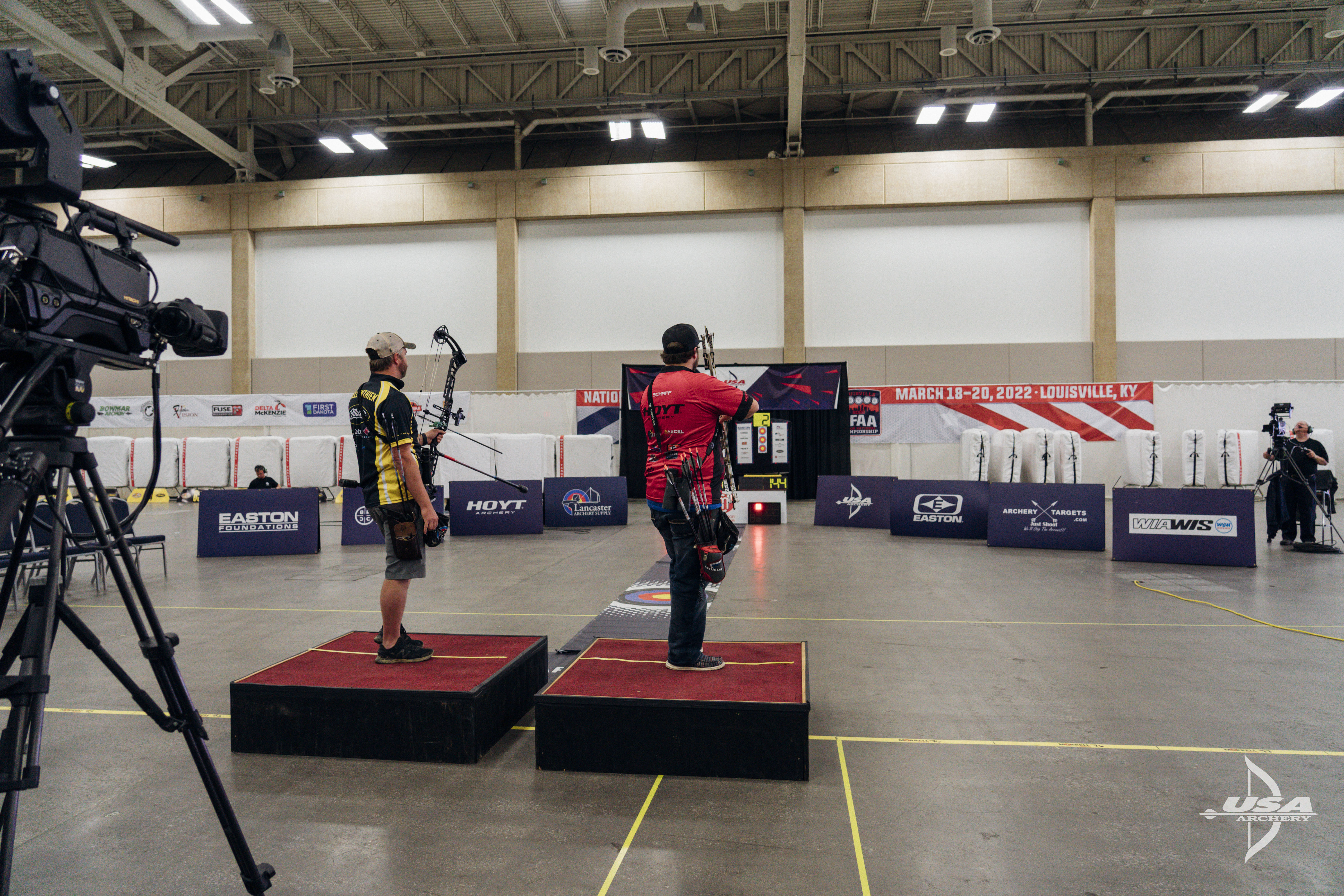 LOUISVILLE, Ky. – The 2022 USA Archery Indoor Nationals Final celebrated outstanding archery competition and awarded a $65,000 prize purse to the forty best archers from across the nation culminating the indoor season.

The compound men’s division was incredibly stacked with talent and tight competition. Braden Gellenthien battled hard to win the gold – after a 149-149 quarterfinal match with Jesse Broadwater went to a one-arrow shoot off that came down to millimeters, he went on to upset top seed Dave Cousins 148-145 in the semifinals and then outscored Kris Schaff 148-145 for gold. 2020 Indoor Final champion Kyle Douglas took the bronze in a shoot off against Cousins. 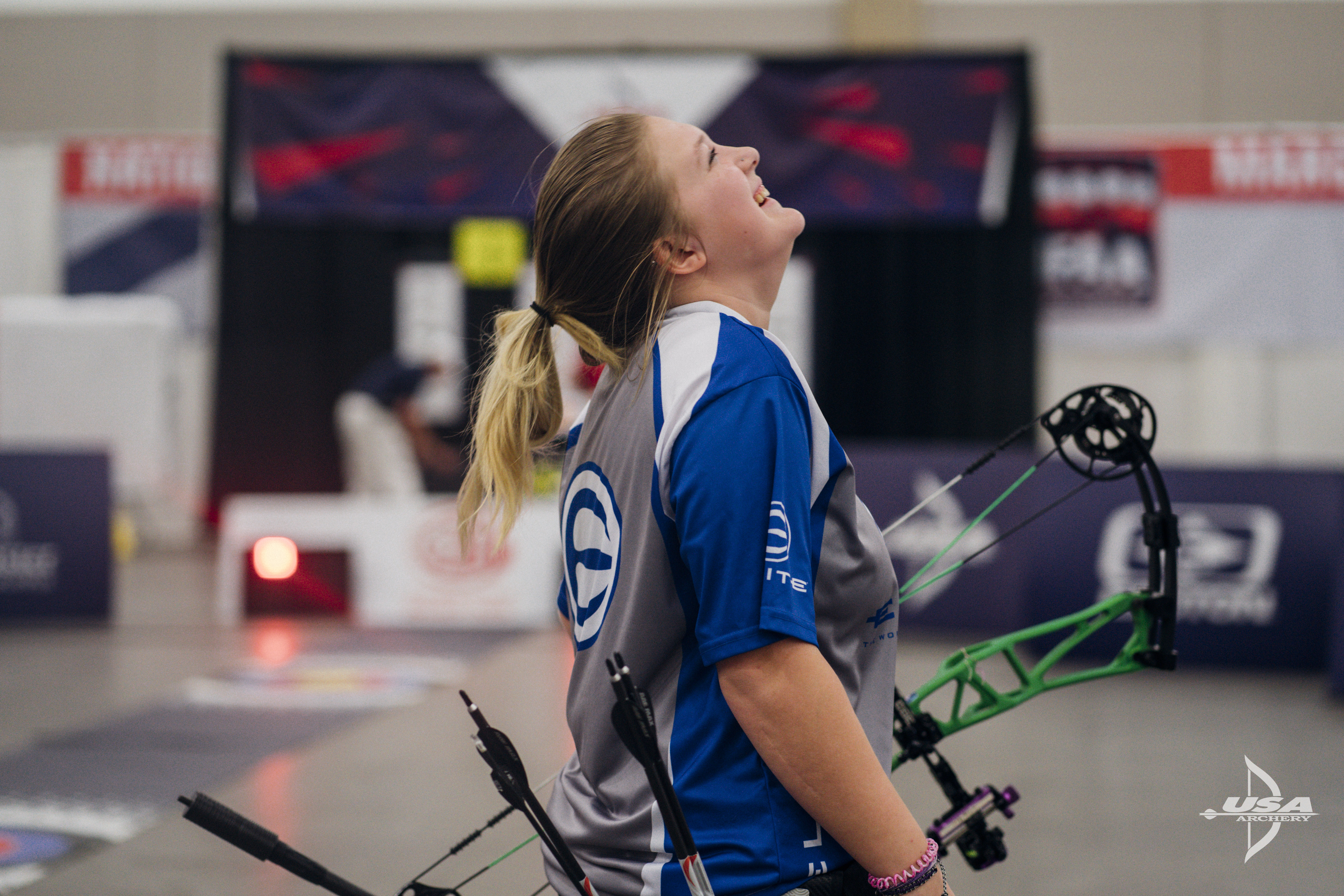 The compound women also saw great upsets in the brackets as 15-year-old Olivia Dean knocked out 3rd seed Linda Ochoa-Anderson 144-142 in the quarterfinals and then outscored two-time Vegas Champion Liko Arreola 147-146 in a stunning semifinal match. Dean was on fire against 4th seed Alexis Ruiz in the gold final – a loose cannon in her first Final’s stage appearance. Ruiz took an early lead, but Dean battled back to bring the match to a 144-144 draw and then clinched the shoot off victory.

On the shoot off arrow, Dean commented: “I was feeling [the pressure] for sure. I just focused on making a strong shot and it happened.” Dean has been shooting since she was two years old and is undoubtedly at the beginning of an impressive career. Previously undefeated Indoor Final Champion Paige Pearce, for the first time since this event’s inception, finished fourth after a 147-147 semifinal with Ruiz, before Arreola took a 147-147 tie for the bronze match shoot off win. 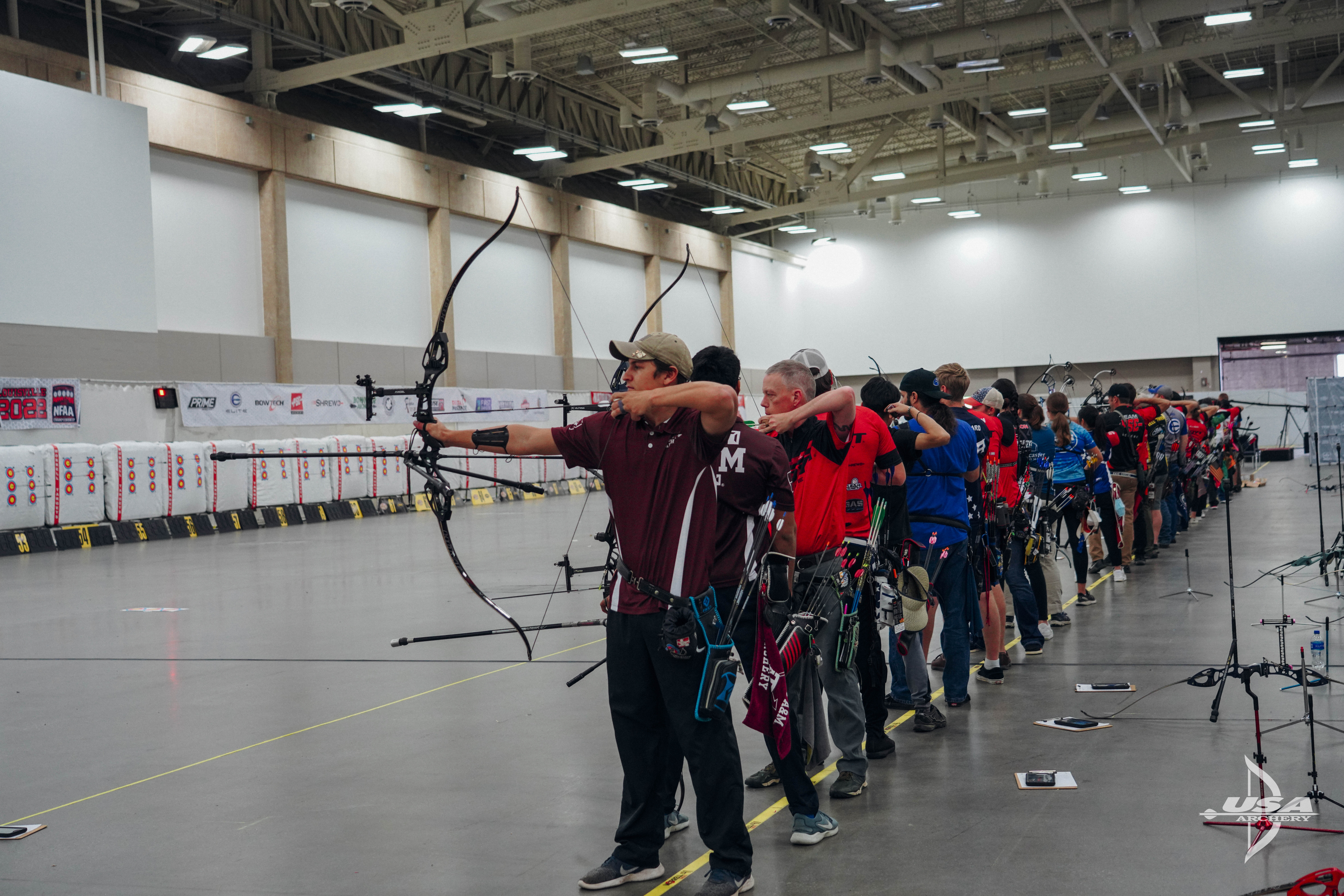 The recurve brackets had no less excitement in the matches, though the podiums reflected fewer upsets. Top men’s seed Trenton Cowles, collegiate archery standout from Texas A&M University, cleaned preliminary matches easily to earn a spot in a tough gold medal matchup against four-time Olympian Brady Ellison. The two went back and forth, ultimately splitting the score 5-5 for a shoot off, and Cowles came away with the big win.

“I was confident in my shot. I went through my process and just executed it,” commented Cowles. “I am extremely pleased with the outcome.”

3rd seed Jackson Mirich took the men’s bronze in a 6-4 final against No. 4 Jack Williams. 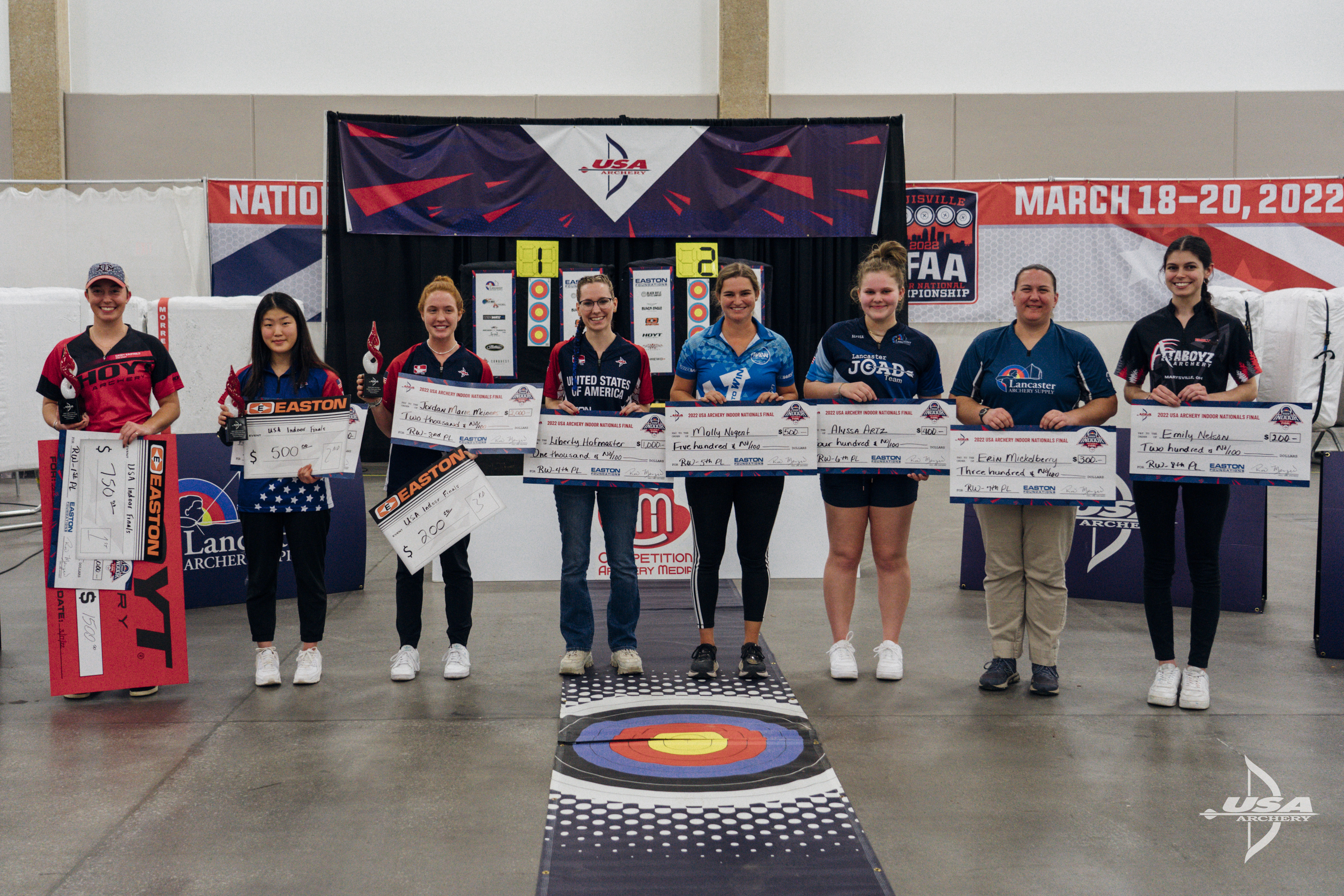 Olympian Casey Kaufhold again took the win in an impressive 6-4 final against 2nd seed Eunice H. Choi – in Choi’s first Final’s stage appearance. On her path to gold, Kaufhold smoked a 6-0 shut out against No. 4 Jordan Marie Meiners. Liberty Hofmaster upset No. 3 Molly Nugent in a first round shoot off win before falling to Choi in a semifinal shoot off. Meiners took the bronze 6-2 over Hofmaster.

Top-ranked in the gender-combined barebow division, Grayson Partlowe, took the win 6-2 over Jeff Ogilvie, who also made his Final’s stage debut at age 52. Ogilvie climbed from a 7th place seed, upsetting No. 2 John Demmer III in a 6-2 quarterfinal and No. 3 Fawn Girard in a semifinal shoot off. Girard, the only female to make the cut for the division went on to take bronze 7-1 over Lee Wilkins. first time on the big stage by beating out the only female in the division, Fawn Girard, who earned the bronze medal.

Complete results from the competition are available on Between Ends. The gold medal matches can be watched on Competition Archery Media. Photos from the event are on USA Archery’s SmugMug.