ANTALYA, Turkey – The 2019 Archery World Cup season is off to a whirlwind start, with three stages in just five weeks. With two events already down, competition has been top notch as everyone gears up for the World Championships next week and the start of Tokyo 2020 Olympic quota qualification. The USA compounds had a near unbeatable week in Shanghai earlier this month, and are looking strong to repeat their performance in Antalya for the third leg.

In Shanghai, the U.S. swept the gold in all three compound team events: men’s, women’s and mixed, and took the men’s individual title and silver and bronze on the women’s podium. In qualification in Antalya, the three teams solidly locked up the top qualification spots again with strong individual performances.

This is the first event of the season where all five top ranked compound men are in attendance. World No. 2 Braden Gellenthien took gold in Shanghai and is already qualified for the World Cup Final, which was just confirmed for this September in Moscow, Russia. The top third through eighth qualifiers all posted 708s, with Gellenthien taking the fourth seed, reigning World Cup Final Champion Kris Schaff; fifth, and in his World Cup debut, James Lutz; seventh.

Gellenthien shared that with just slightly better conditions today, he could have been on pace for a world record. Lutz also shared that he had higher hopes for his performance today after travel issues and feeling ill, but it is hard to be disappointed with a top eight qualification round and a bye into the 1/16ths at your first World Cup. Tate Morgan, who has been a strong player at the first two world cups this season, was also on pace for a 708, when he had a miss in the last end and finished 36th with a 698. 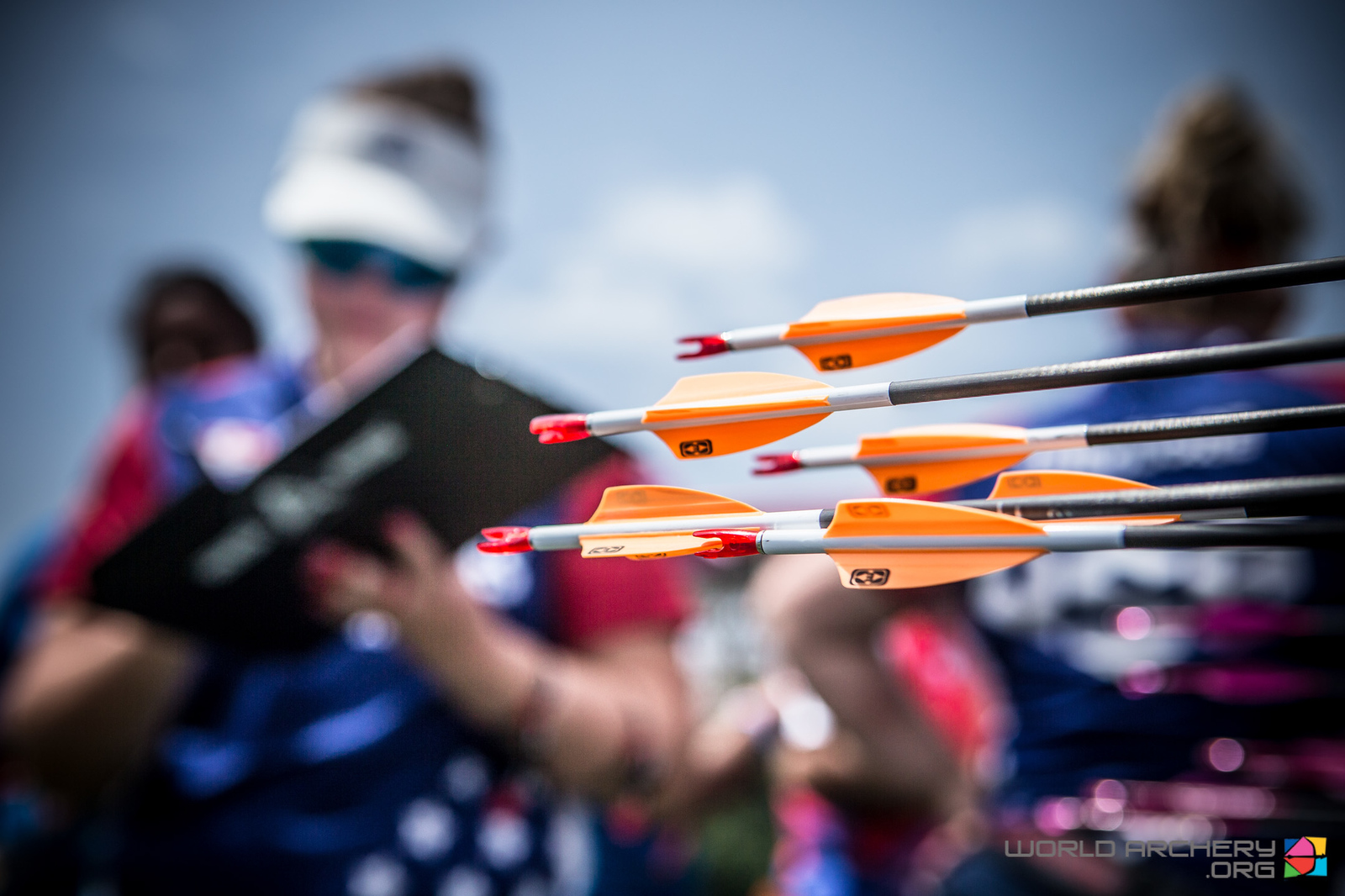 Paige Pearce is back in action this week, competing at her first world cup of the season, and she knocked it out the park with a 702 to qualify third. The top score, 704, was posted by Croatia’s teenage Mlinaric as a new cadet world record. Alexis Ruiz has come home with a full suite of medals from each of the first two world cups this season in her rookie year, and with a 701, she qualified fifth. Five athletes shooting above the 700 mark notes the highest number women to reach that level in the history of the Antalya stage.

Also in her first appearance this year, Cassidy Cox, who was just named to the 2019 World University Games team in addition to the World Archery Championships team, posted a 695 to rank 17th.

Korea is notably absent from this stage, which is certainly interesting on the recurve field; Korea has taken two of the top four men’s spots at the last two events. Brady Ellison has been in the same ballpark, winning gold in Medellin to qualify for the World Cup Final, and bronze in Shanghai. Ellison locked up the third spot in qualification with a 686, just one point off first as host country’s Mete Gazoz took the pole.

Jack Williams also had a great performance, ranking 10th with a 677. Thomas Stanwood, who will round out the team trio for the World Championships next month, was 62nd with a 656. The team is sitting third, just a point behind France, while the Netherlands’ team qualified first.

The recurve women’s team ranked 13th, with Erin Mickelberry leading the U.S. squad with a 648 to qualify 35th. Khatuna Lorig and Mackenzie Brown were 56th and 58th with matching 637s – the highest scores each has shot yet this World Cup season.

Competition continues with early elimination matches tomorrow. Scores are live at www.worldarchery.org. The medal finals will be available live this weekend on NBC’s Olympic Channel at www.olympicchannel.com/live.