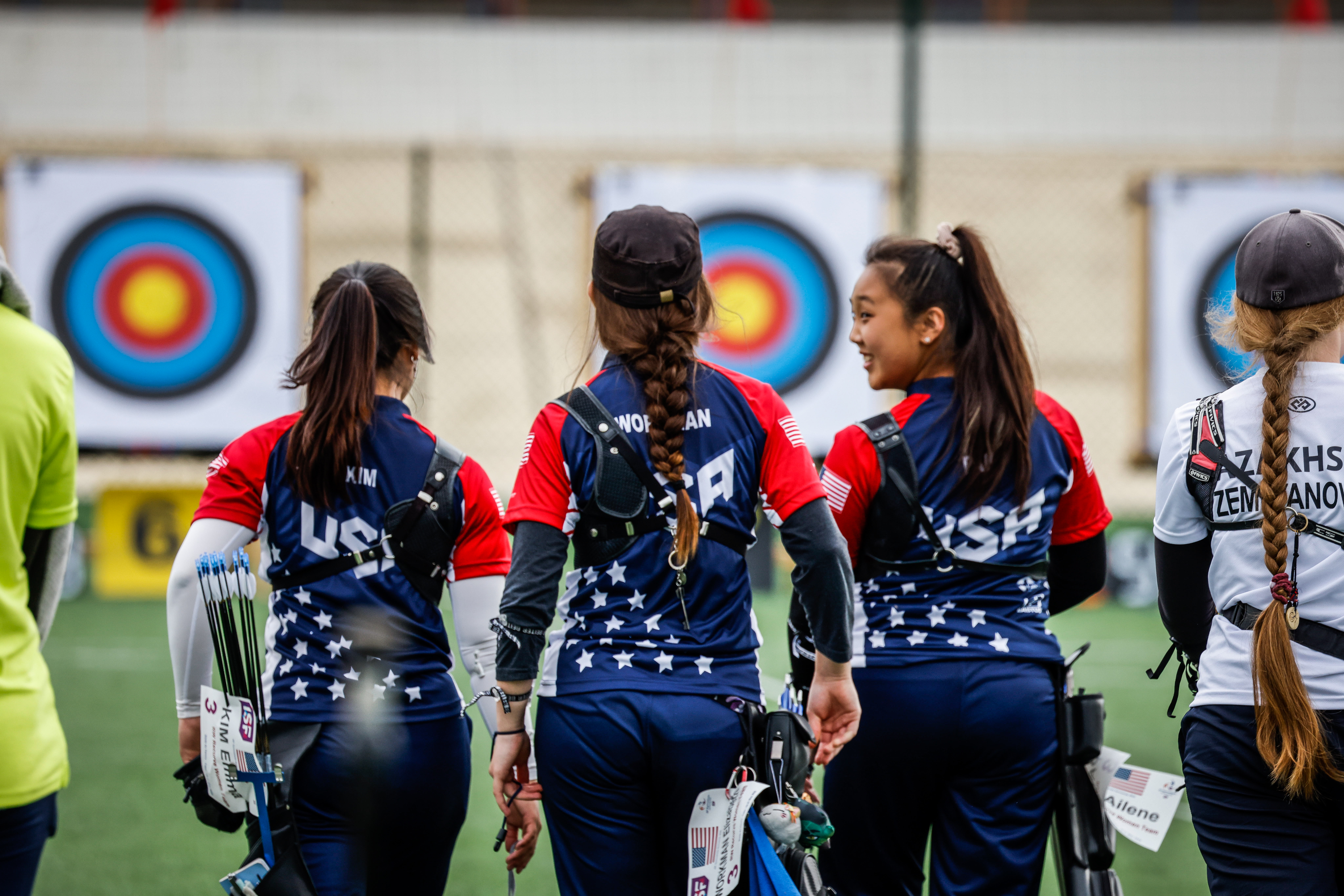 NORMANDY, France – The ISF Gymnasiade in Normandy featured the team round events this morning, followed by a fun international mixed team round that paired male and female archers from different nations in friendly competition.

The recurve women’s team of Emma Kim, Elizabeth Workman and Ailene Pak, seeded 3rd, sailed through a 5-1 quarterfinal against Khazakstan before falling to Turkey in a shoot off in the semifinals and then to Spain 6-2 in the bronze match to finish 4th overall. The men’s team of Landon Richardson, Christian Stoddard and Ewan An took Spain to a shoot off in the quarterfinals but came up short, finishing 5th. 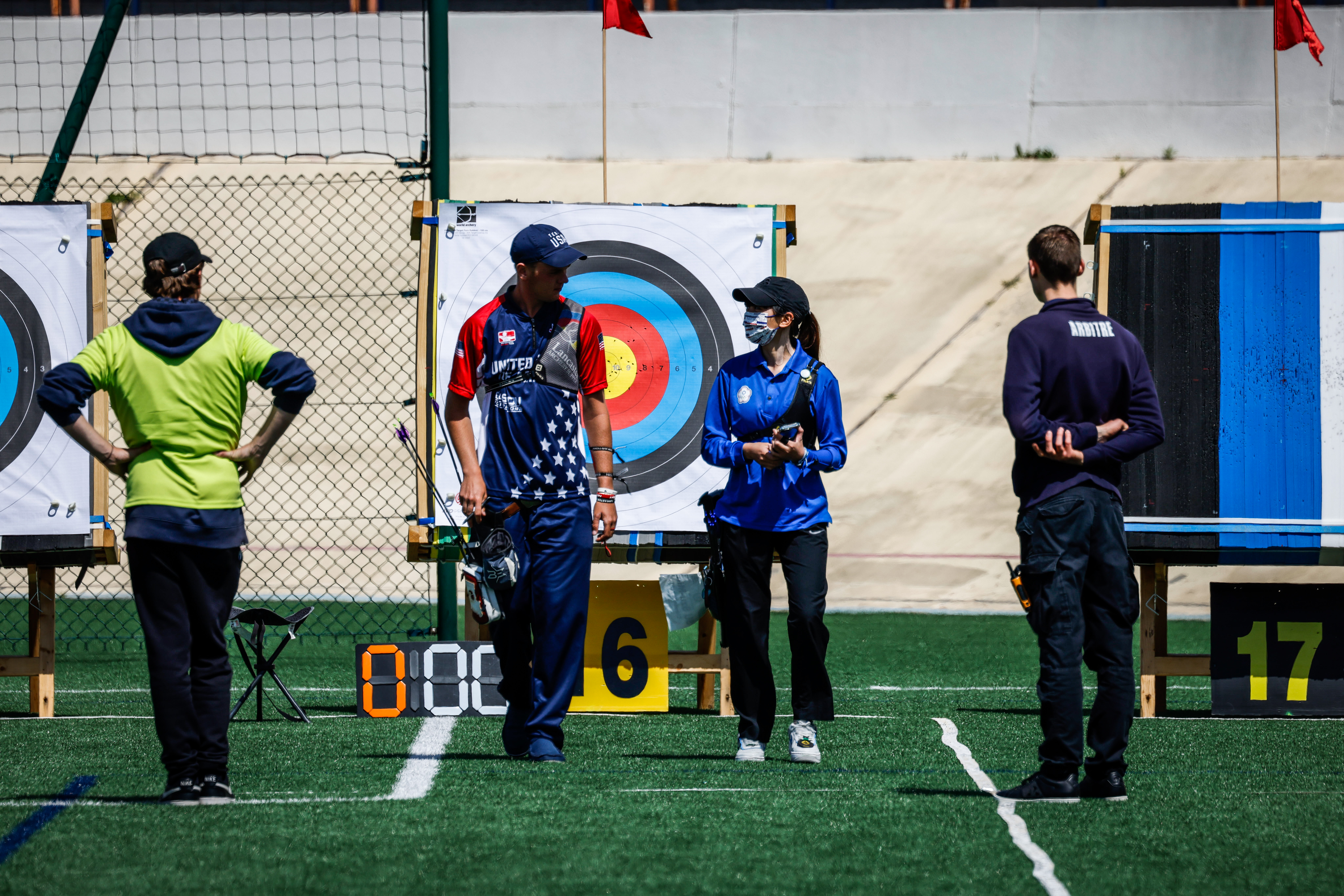 Richardson, paired with Chinese Taipei’s Su Szu-Min, won the recurve international mixed team gold after a close shoot off win over An and Grance’s Amelie Cordeau, who went on to win bronze. In the compound event, William Fowler and Turkey’s Irmak Yuksel finished 4th after climbing the brackets from an 11th place seed.

Results from the competition are available via the ISF. Competition wraps with finals tomorrow. USA’s Kim is in the recurve women’s final four and her matches will stream live on the Olympic Channel. Photos courtesy of John Kim.