HALIFAX, Nova Scotia – The Youth & Masters Pan American Championships wrapped today with individual gold finals as USA brought its medal tally to 32 in an incredible showing over nine nations from the Americas.

In the recurve 50+ finals, both gold matches were head to head USA contests. Janis Grellner upset the Virgin Islands’ Tatyana Muntyan 6-4 in the semifinals to face top seed Susan Bock for the women’s title. Grellner was strong and fierce in the gold final, posting a perfect 30 in the second set and never looking back for a 6-2 decision. Mark Williams and Stephen Vickers squared off for the men’s title, and while they split two sets, Williams took the win 6-2.

In the recurve youth brackets, seventh seed Stefan Savin climbed his way to the U21 men’s gold final after upsetting teammate and second seed Landon Richardson 7-3 in the quarterfinals. Savin put up a good fight in a back and forth match against Mexico’s Carlos Vaca but finished with silver 6-4.

For the recurve U21 women, Eunice H. Choi upset teammate Ashley Kim in the quarterfinals and went on to shoot for bronze against Mexico’s Grecia Adriana Gonzalez Talamantes. Choi took the match to a shoot off but finished just off the podium.

Ewan An claimed the recurve U18 men’s bronze after a close semifinal loss 6-4 to Mexico’s Francisco Padilla. An came back strong to finish 7-3 over Colombia’s Diego Alejandro Rodriguez Silva, with a particularly impressive final three sets.

USA’s Chuck Cooley and Christopher Deston went head to head for the compound 50+ men’s title; Cooley took an early lead and built the gap to a 137-131 decision for gold. Top women’s seed Alanna Dunaway was upset in the semifinals before shooting against teammate Bernadette Diab for bronze, where Dunaway took the win 138-132. 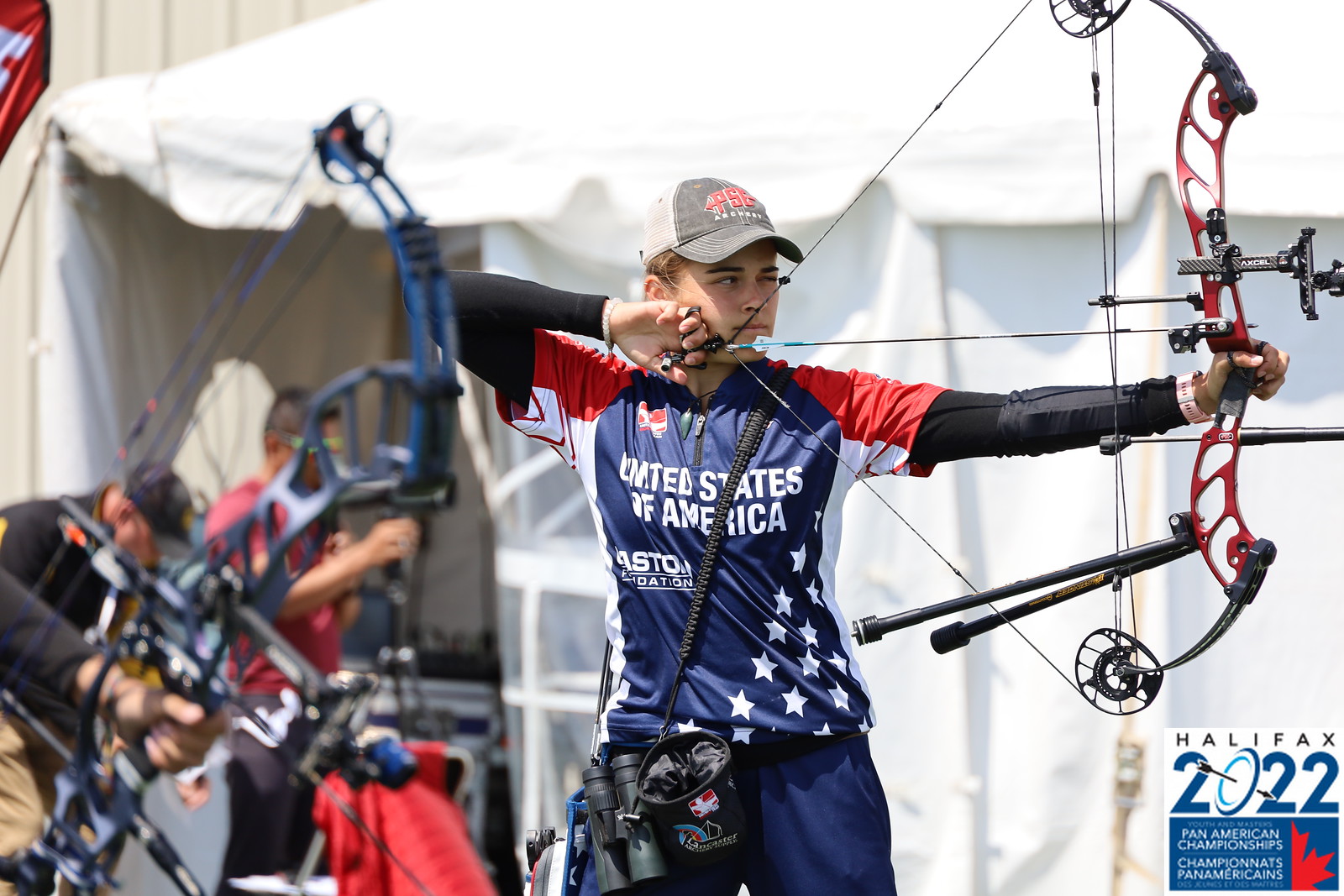 Isabella Otter claimed the compound U21 women’s gold in an exciting shoot off against El Salvador’s Paola Corado. Earlier this week, second seed Tyler Heritage was upset in a windy quarterfinal, while teammate Isaac Sullivan climbed from the sixth seed to finish with bronze in a 146-144 final over Canada’s Isaac Bedford.

USA’s Savannah O’Donohue and William Fowler both finished with silver today on the compound U18 podiums. In the barebow events, USA finished on top this morning with the 50+ women’s gold in a 6-0 shut out for Ruth Delzell over Canada’s Angela Foley. Darlene Kossler outscored teammate Jenifer Stoner in a shoot off for bronze with a perfect 10. Daniel Weiss also claimed gold 6-2 over Rick Stonebraker in an all-American final.

USA swept the barebow youth podiums. For the U21 women, Anastacia Godman took Raeleigh McKellar all five sets for gold to win 6-4, while Lauren Heinzelman finished with bronze. Abigail Sparpaglione won a 6-0 final for the U18 women and Maggie Brensinger took a 6-0 win over Elizabeth Lykins for bronze. Max Rossiter claimed the U18 men’s title 6-2 over Nicholas Heinzelman and Luca Tatro finished with bronze.