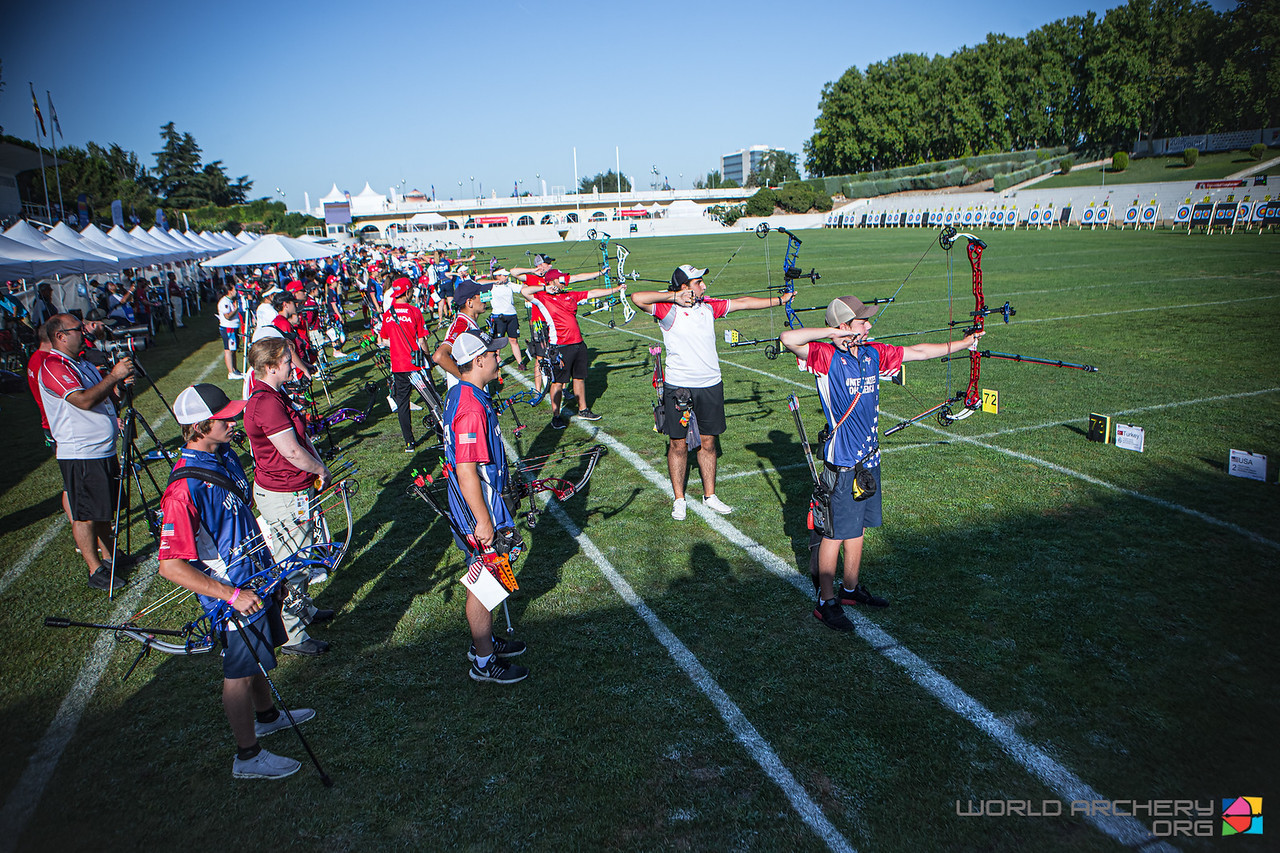 MADRID, Spain – Team USA could not have had a better morning to start the World Archery Youth Championships matches today. All four USA compound teams opened the day in the semifinals, and all four came away victorious and will shoot for gold in tomorrow’s medal finals. The afternoon featured mixed team competition and USA’s cadet mixed teams will take the final stage for gold as well.

Cooper French, Connor Sears and Curtis Broadnax, climbed from a 4th place seed to the semifinals and outscored Colombia 233-227 to solidly secure a spot in the gold final against Mexico.

World No. 1 Alexis Ruiz led the junior women’s team with Savannah Vanderwier and Anna Scarbrough to the gold match with a 230-223 semifinal victory over Italy. They will shoot against Russia in tomorrow’s medal match.

Ruiz and French will also take the stage in the individual finals, both shooting for bronze. Cadet compound Faith Miller will also shoot for an individual bronze finish.

Miller and teammates Raegan Bender and Mackenzie Weatherspoon also overcame a 4thplace qualification to earn a spot in the gold final against Russia with a 229-225 win over Mexico in the semifinals.

The cadet compound men’s team of Cole Zeug, Matthew Russell and Sawyer Sullivan had a close semifinal against Turkey, with both teams posting 231s to force a shoot off. With a perfect 30, Team USA clinched the win and will shoot against the world record breaking team from Denmark tomorrow. 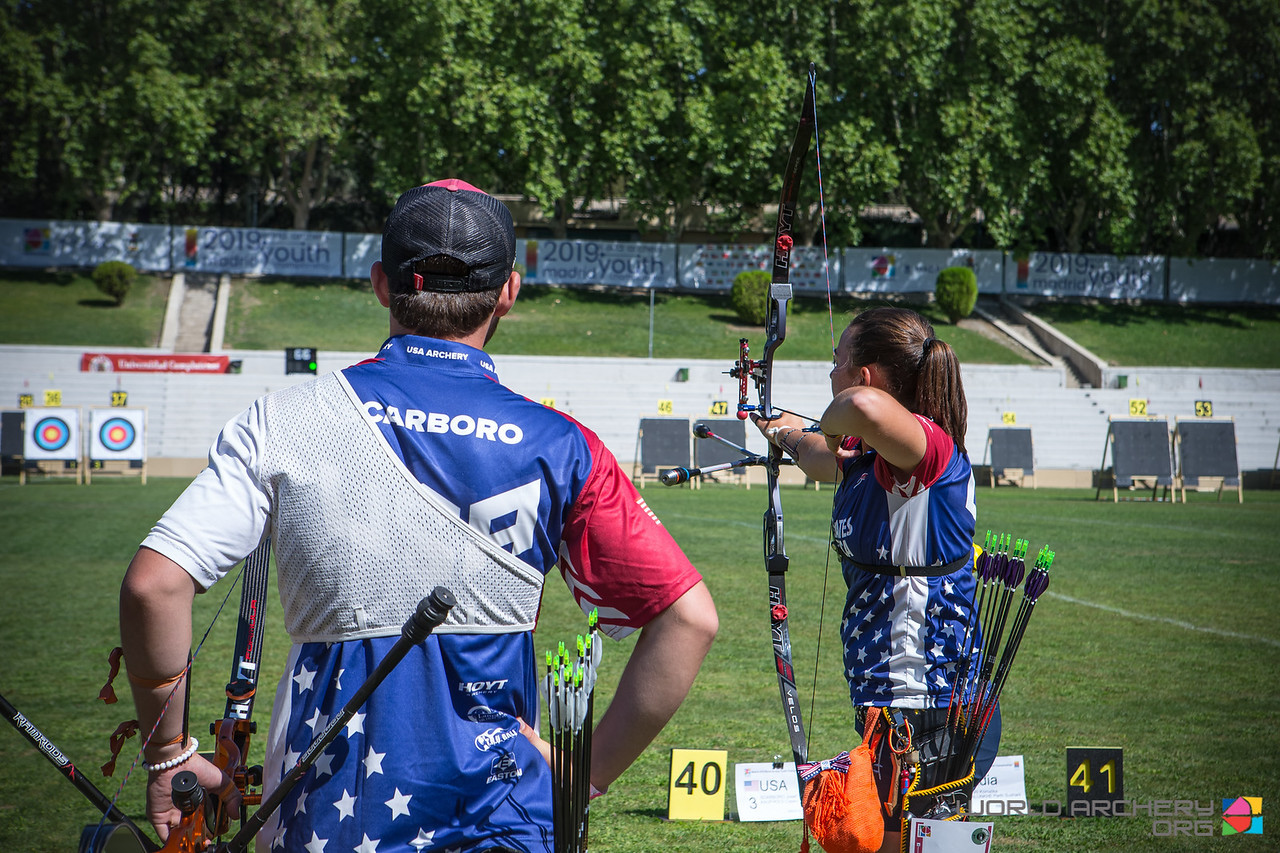 All four USA mixed teams made it to the quarterfinals, following two shoot-off wins from compound juniors French and Ruiz and recurve cadets Casey Kaufhold and Josef Scarboro.

Both junior mixed teams fell just short in the quarterfinals, where Ruiz and French came up one point low to Iran, and recurve archers Amy Jung and Jack Williams were one points low on a shoot off against top seed Korea in an impressive showing. Scarboro and Kaufhold smoked a 6-0 shut out over China and Weatherspoon and Zeug took a 151-149 win over South Africa.

Another straight 6-0 win for Kaufhold and Scarboro locked them into the gold final and Weatherspoon and Zeug had a strong 153- 152 win thanks to a perfect 40 in the third end. The recurve cadets will shoot against Korea for gold while the compound cadets will face Mexico for the title.

Competition continues tomorrow with the compound finals. Recurve finals will be contested on Sunday. Complete results are available at www.worldarchery.org. For more, follow USA Archery on Facebook, Twitter, and Instagram. Photos by World Archery.